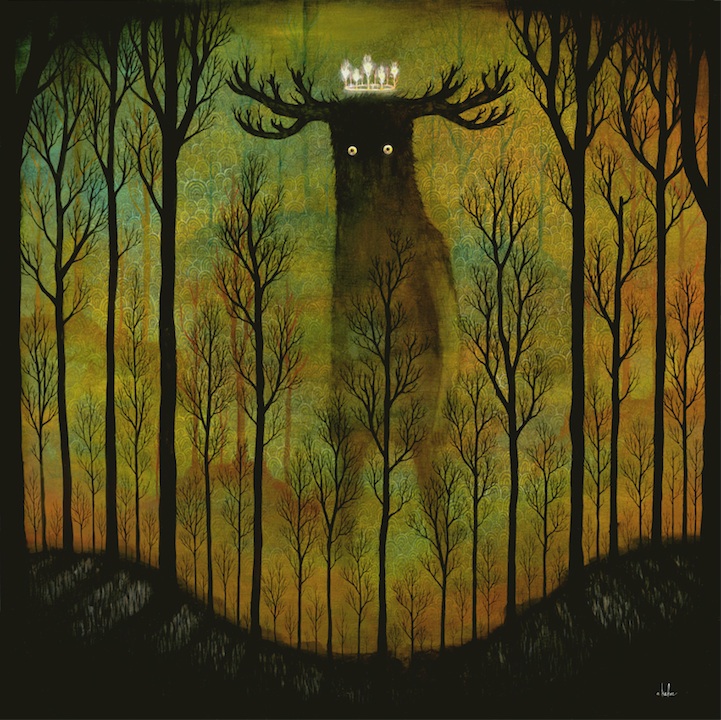 If you're looking to get into the Halloween spirit, love the spookiness of nighttime, or just have a strange fascination with monsters, then you're going to enjoy artist Andy Kehoe's new show coming to the Roq la Rue gallery in Seattle, Washington on October 14th. A few pieces have been released on various websites which will give you a taste of what's to come. The show is called Arise, Feral Night and it's centered around the magic and mystery of night. The exciting new show promises to open an “even deeper portal” to Kehoe's fascinating world.

“Since it's in October around Halloween I decided to do a series based on the coming of night to my land,” Kehoe told Roq La Rue. “I've been meaning to do a night series for a while and this seemed like an appropriate time to do it. Most of my work exists in a state of constant Autumn and constant twilight. Night does come every once in a while but it's a different kind of night. Layers between worlds, tenuous to begin with, open up and intertwine. Fade in and out. So there's a lot of thin, overlapping layers of different worlds all converging and creatures wandering in and out of these worlds.” 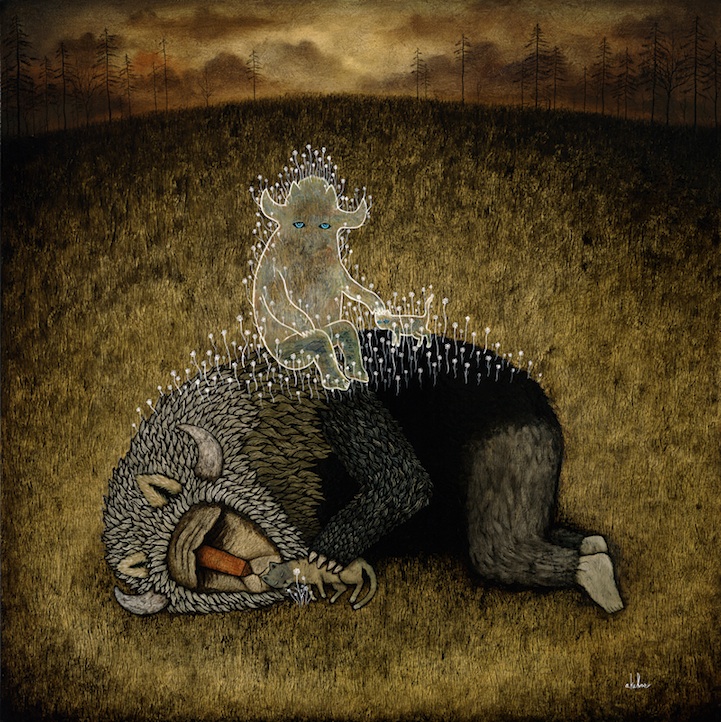 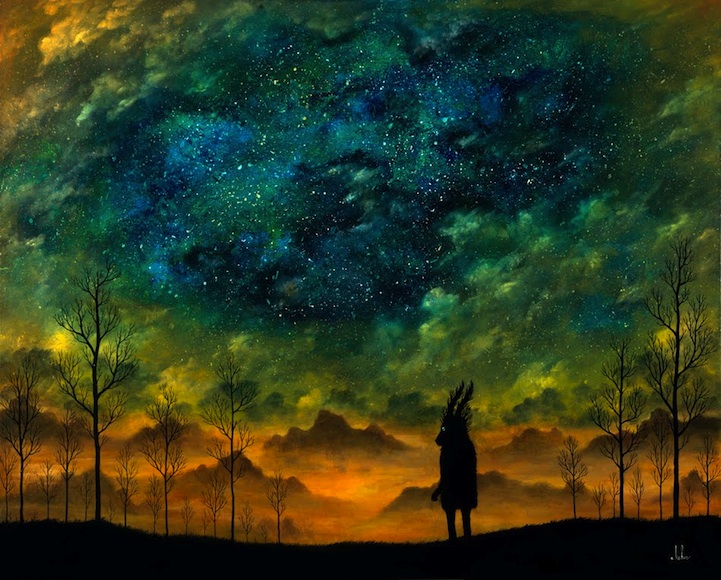 Kehoe is currently selling a limited edition print called Great Heights of the Young Dreamer at Etsy for $25. Only 19 are currently available.