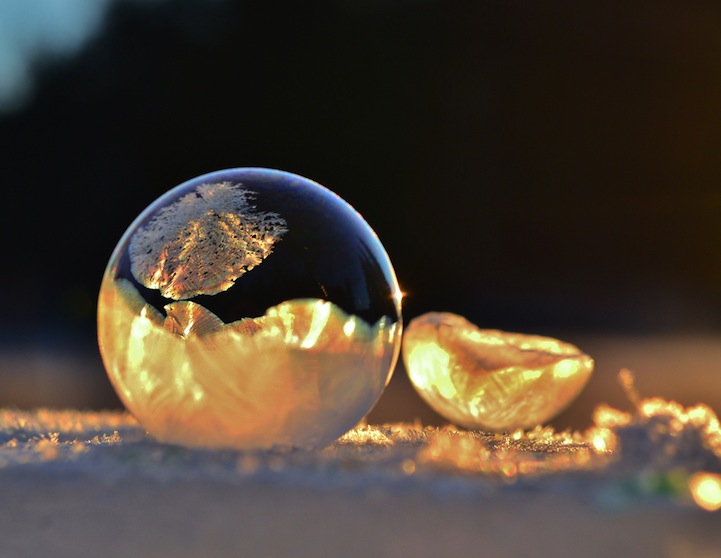 Washington-based photographer Angela Kelly took advantage of the frigid temperatures earlier this month by blowing bubbles with her son and photographing the spectacular results for her series dubbed Frozen in a Bubble. Using a homemade solution consisting of dish soap, karo syrup, and water, Kelly was able to make light of the 9- to 12-degree temperatures with these frozen bubbles.

The swirling orbs seemed to magically crystallize before the photographer's eyes, leaving Kelly and her son speechless. While some of the smaller bubbles froze in mid-air and would fall to the ground, shattering on impact, others managed to retain their shape and form patches of ice crystals.

In an interview with KOMO News, Kelly explains, “We blew the bubbles across the top of our frozen patio table and also upon the hood of my car and then we watched in awe as each individual bubble froze with their own unique patterns. We noted how they would freeze completely before the sun rose but that once the sun was in view they would defrost along the tops or cease freezing altogether. We also noted how they would begin to deflate and implode in on themselves making them look like alien shapes or in some cases shatter completely leaving them to look like a cracked egg.”

Several prints of the beautiful photos are currently available to purchase through Kelly's Etsy shop. 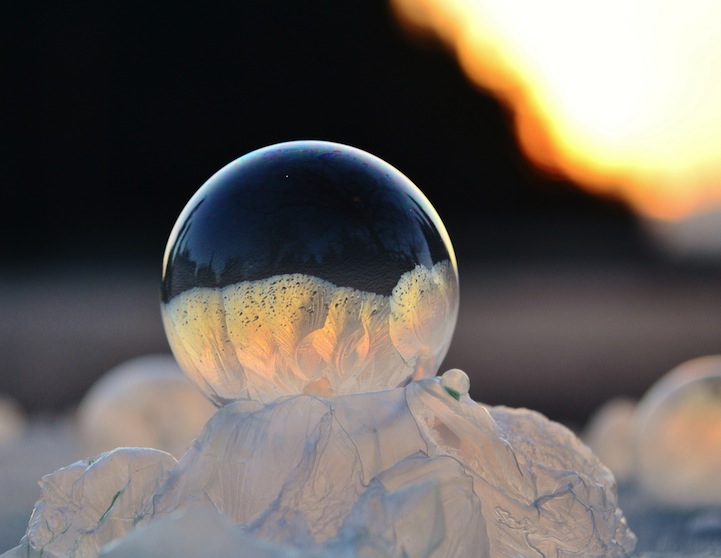 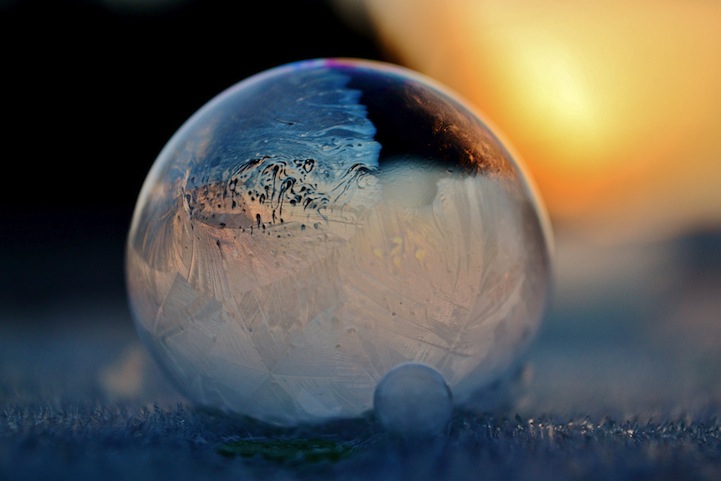 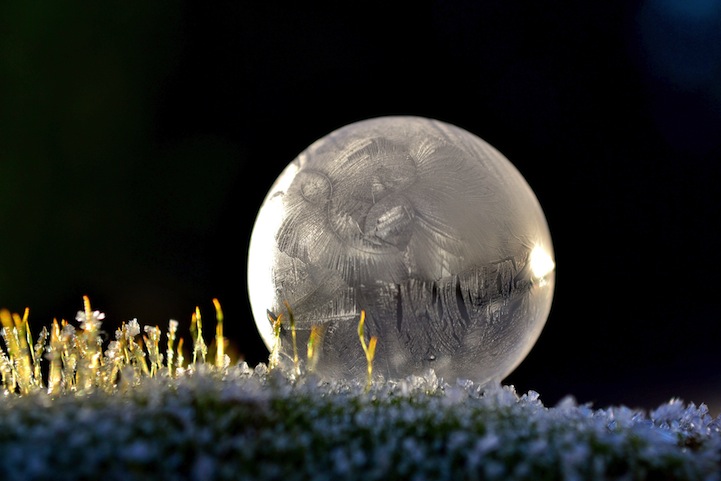 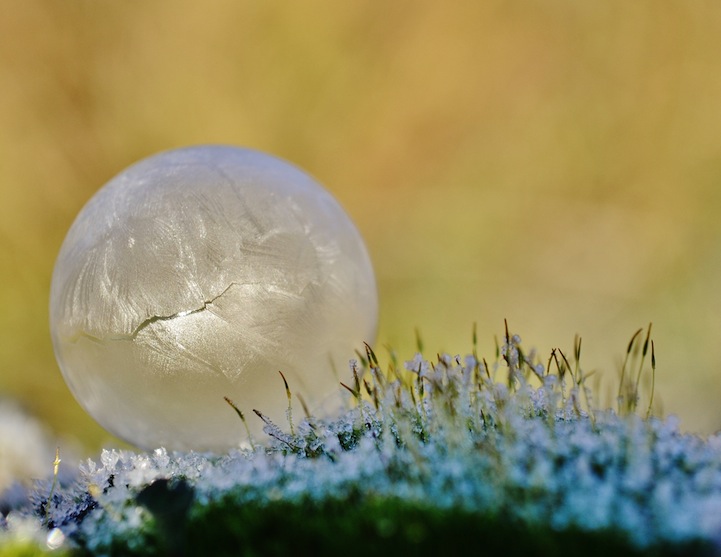 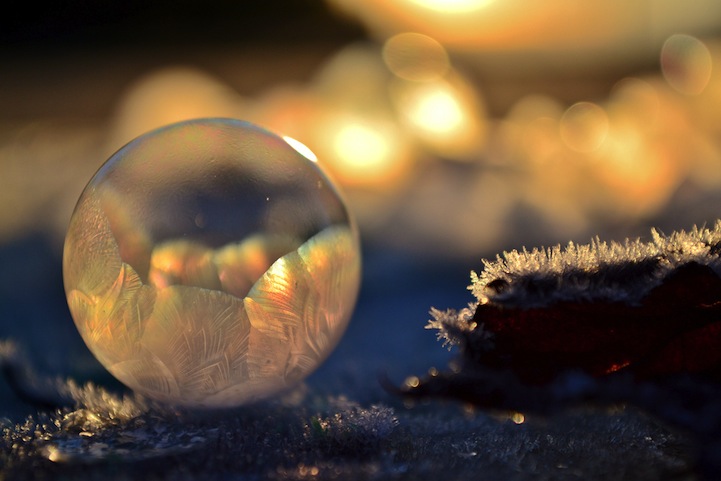 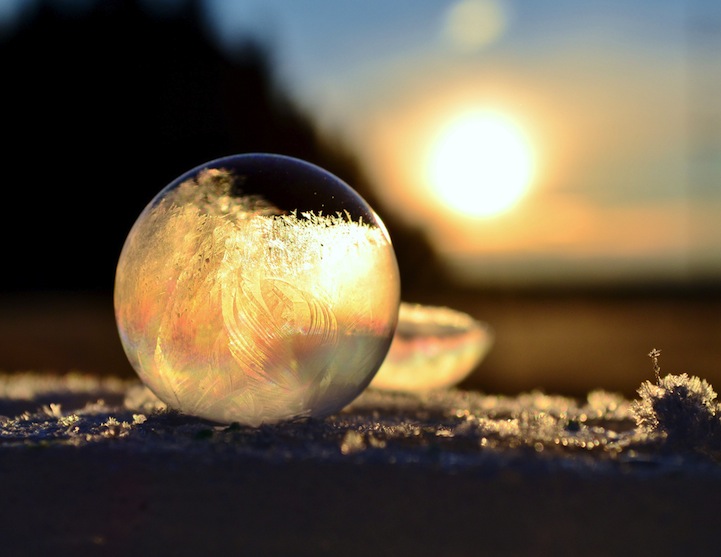 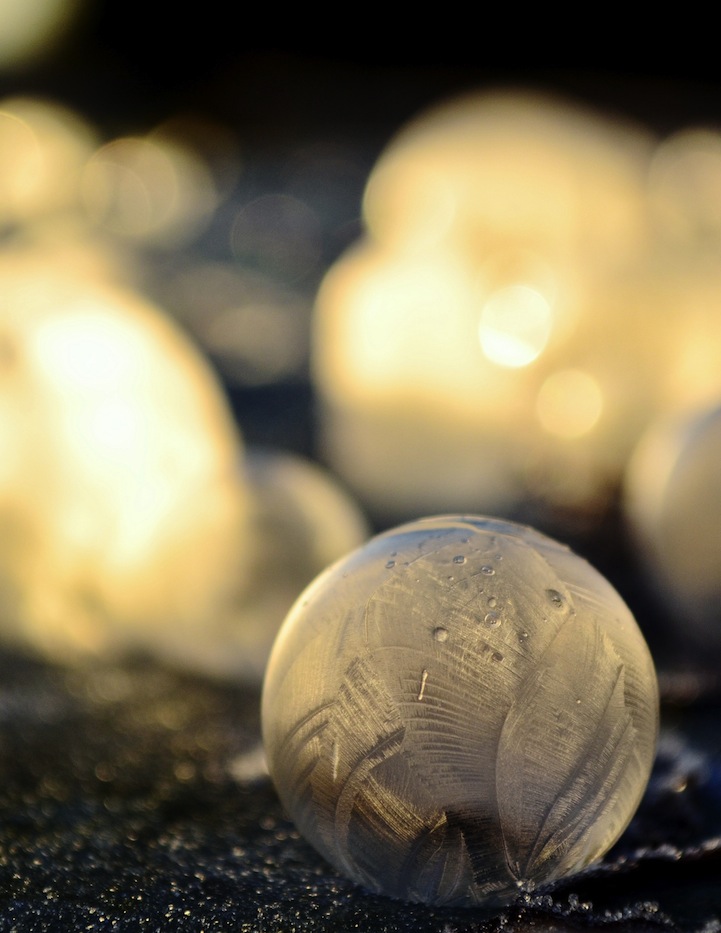 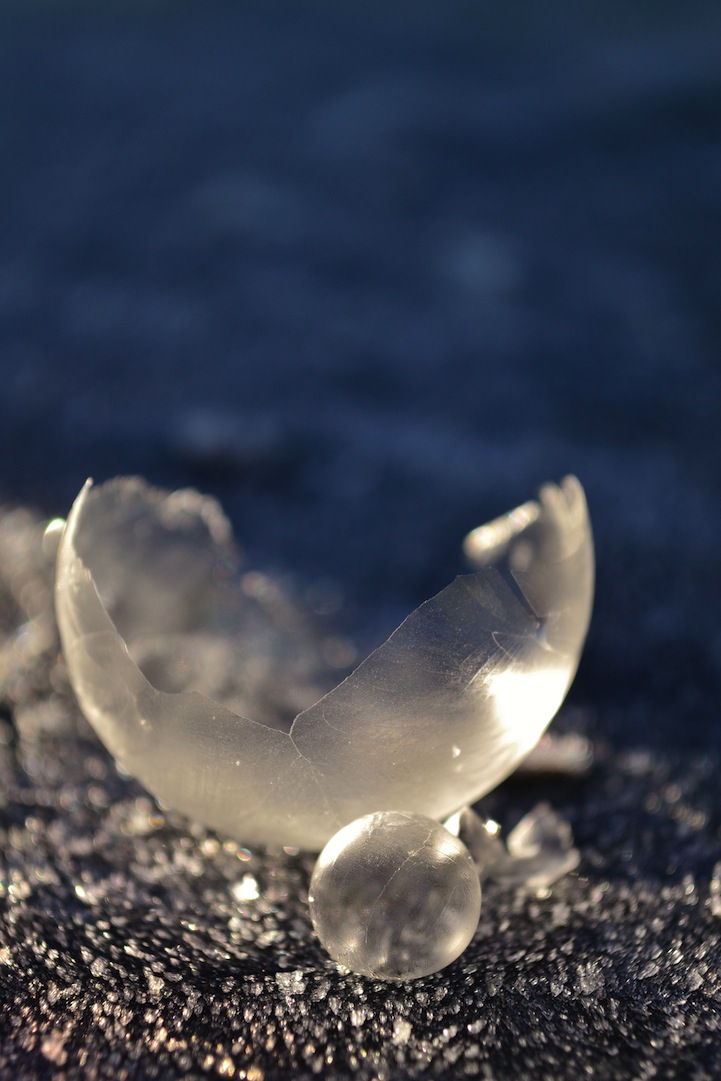 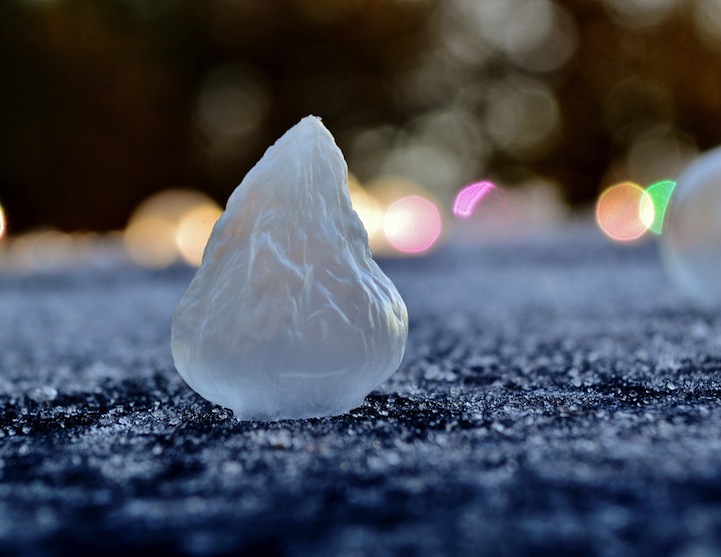