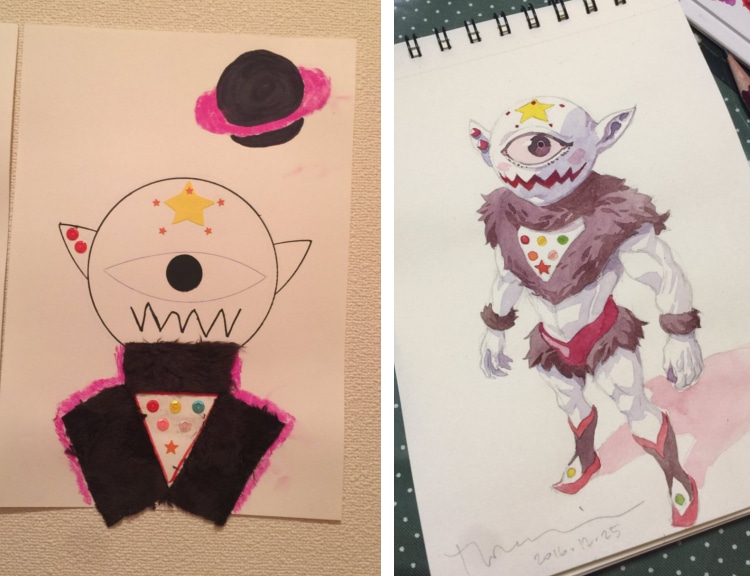 French animator and anime artist Thomas Romain has recently started collaborating with two unlikely artists: his young sons. Much like their father, the boys love to draw and design characters. To show them the capability of their creativity, Romain often turns their doodles into professional-level concept art.

Romain began his unique anime drawings series last month, when he and one of his sons designed and rendered a star-studded alien. Originally a mixed media sketch comprised of markers, stickers, and a fuzzy fabric, the piece was transformed by Romain into an expertly shaded watercolor illustration. Since this initial undertaking, Romain and his sons have created three more one-of-a-kind characters: a Steampunk Doctor, Cyborg, and Magic Knight. Though Romain puts his own spin on each design, he remains true to the original concept, including the content, color scheme, and intention.

Romain posts each heartwarming collaboration on his Twitter account. The side-by-side images are always accompanied by a caption that lovingly credits either his older or younger son as the designer. In addition to his father-son series, Romain's Twitter also showcases much of his other art, including work for anime series Aria, Basquash!, Symphogear, and Space Dandy.

Check out Romain and his sons' collaborative anime drawings: 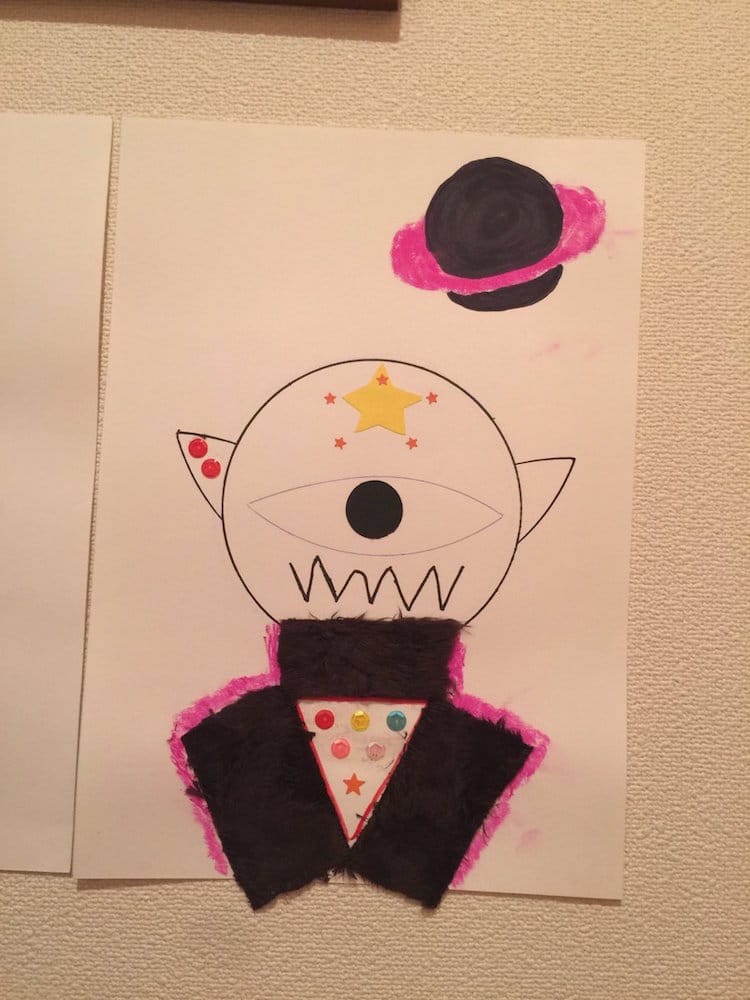 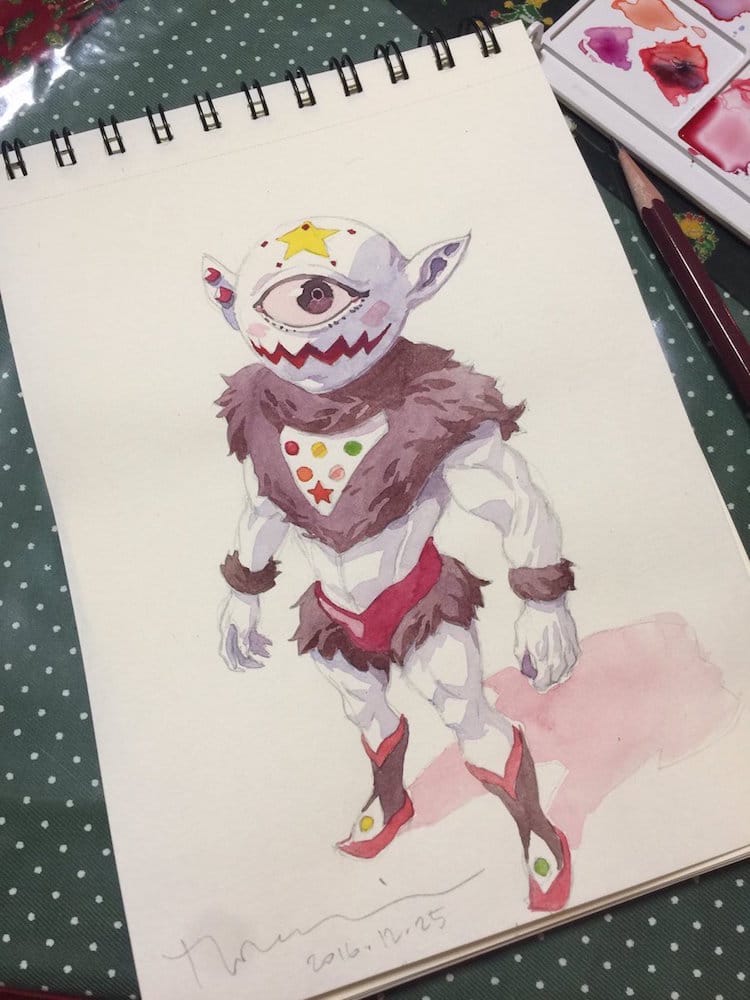 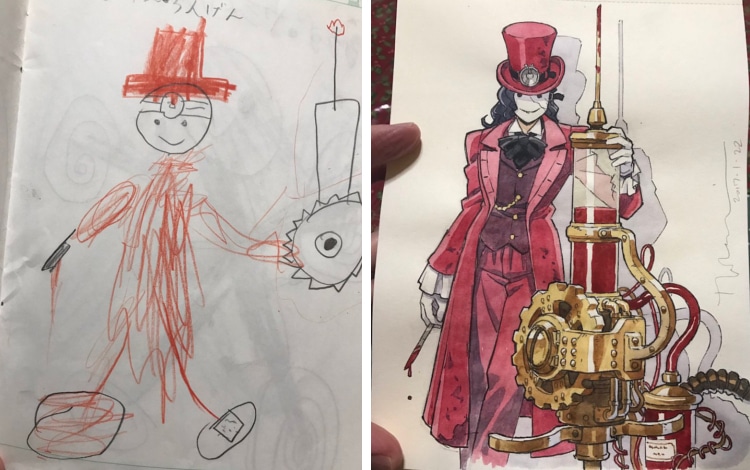 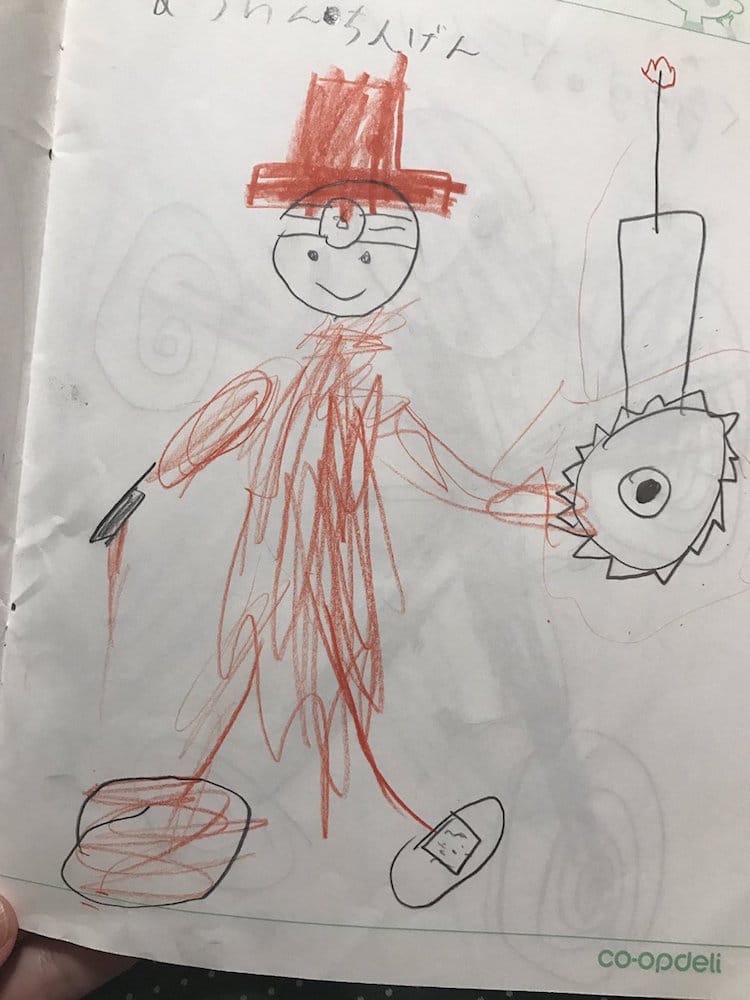 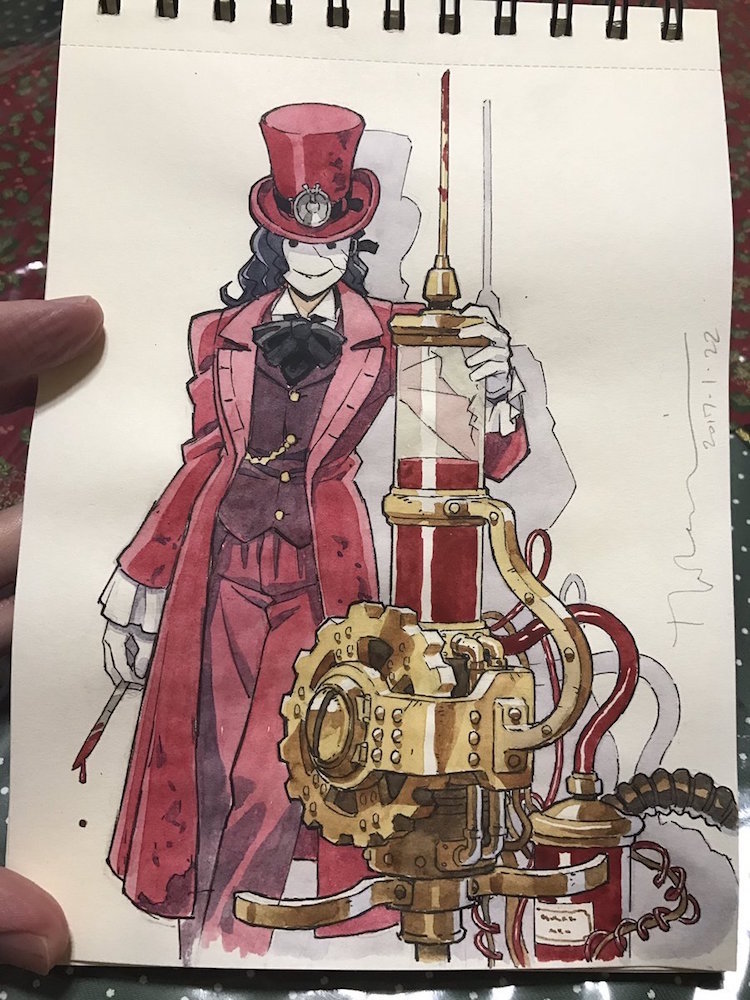 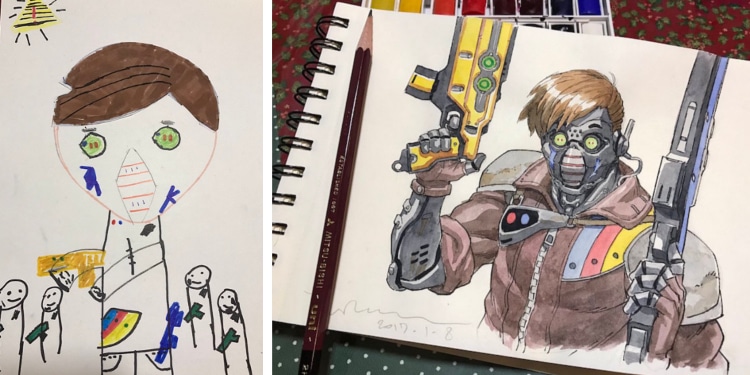 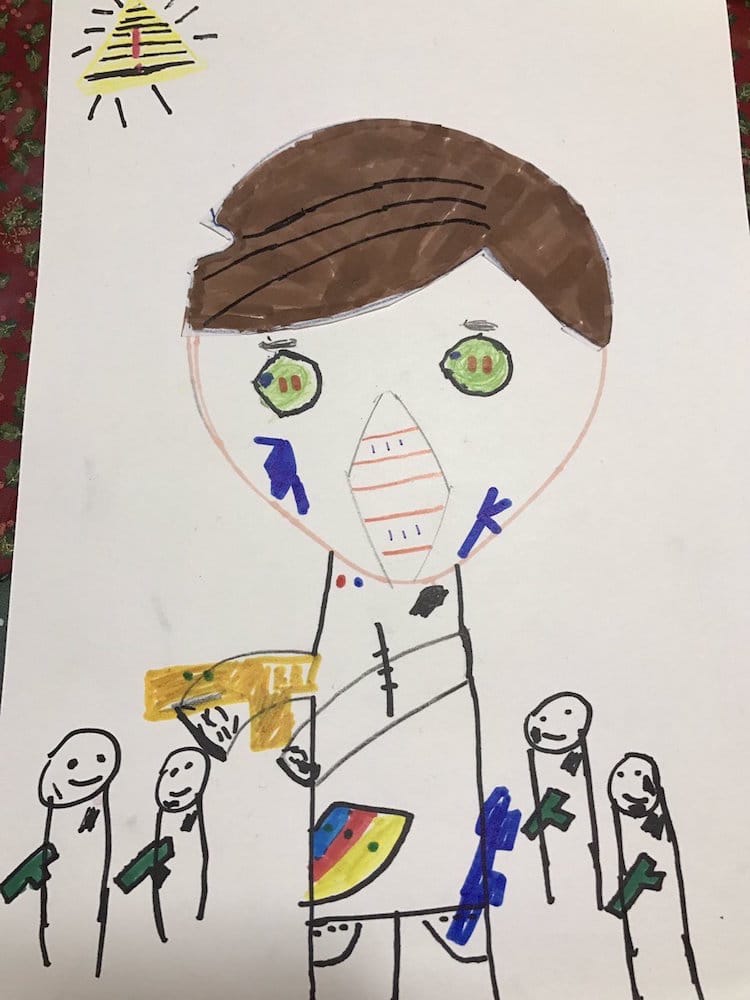 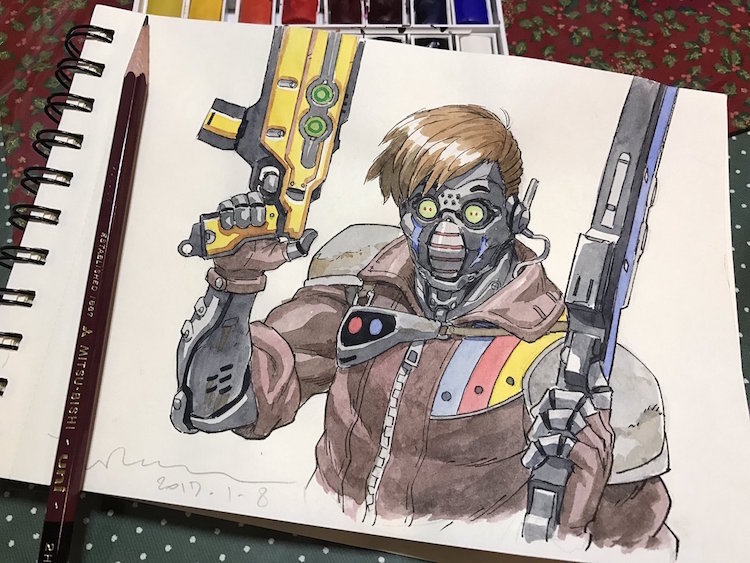 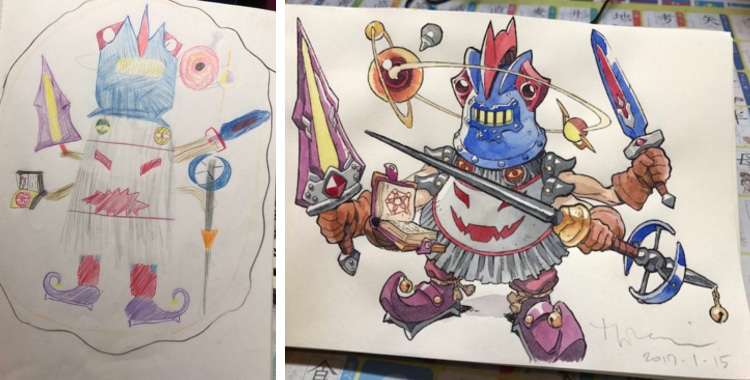 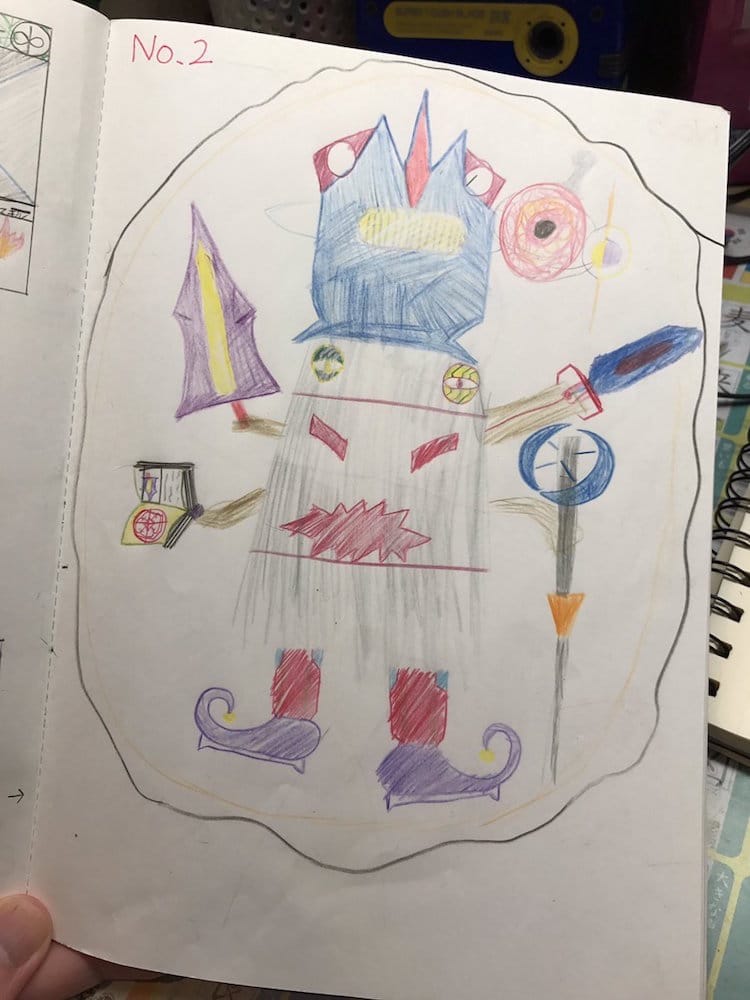 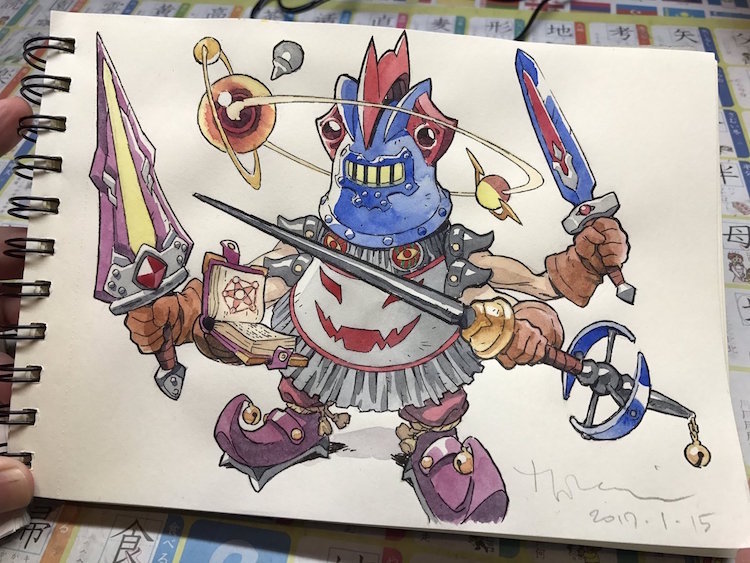 All images via Thomas Romain.

Like this father-son drawing project? Share
Like My Modern Met on Facebook
Get Our Weekly Newsletter
Become a
My Modern Met Member
As a member, you'll join us in our effort to support the arts.
Become a Member
Explore member benefits