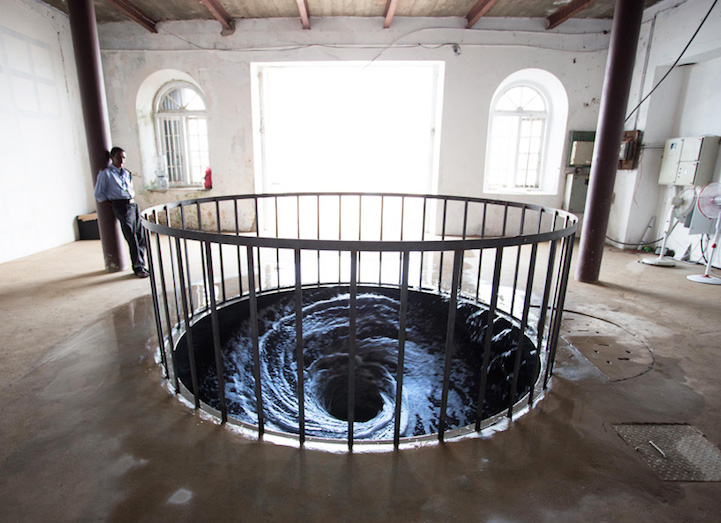 Famed artist Anish Kapoor is back and this time he's showing a never-ending, swirling vortex of black water. At the Kochi-Muziris Biennale, India's first biennale for contemporary art, Kapoor has created an intriguing installation called Descension. Surrounded by a circular gate, the black water spins into a seemingly bottomless hole in the gallery floor.

As the Biennale states, Descension (2014), a water-vortex Kapoor is exhibiting, follows from a language of form that the artist first began to explore in the work Descent into Limbo, exhibited at Documenta IX 1992, a cuboid building that contained a circular void in the floor descending into complete darkness.

“Descension destabilizes our experience of the solidity of the ground we stand on. It builds on Kapoor's concern with non-objects and with auto-generated form. In its state of flux and motion, Descension confronts us with a perpetual force and a downward pull into an unknowable interior.”

Kapoor is known for his massive and mesmerizing works like Leviathan, the burgundy balloon made of PVC vinyl, and C-Curve, a giant stainless steel sculpture that flipped the world upside down. Of course, Kapoor is very aware of the fact that all of his pieces are larger-than-life. As he says in the latest video, “If one is talking about sculpture, then scale is almost everything. Two things, scale and skin.”

The Kochi-Muziris Biennale brings together Indian and international artists who exhibit works across a variety of mediums including film, installation, painting, sculpture, new media and performance art. Over 108 days, the biennale welcomes 94 artists from 30 different countries. This second edition runs from December 12, 2014 to March 29, 2015. 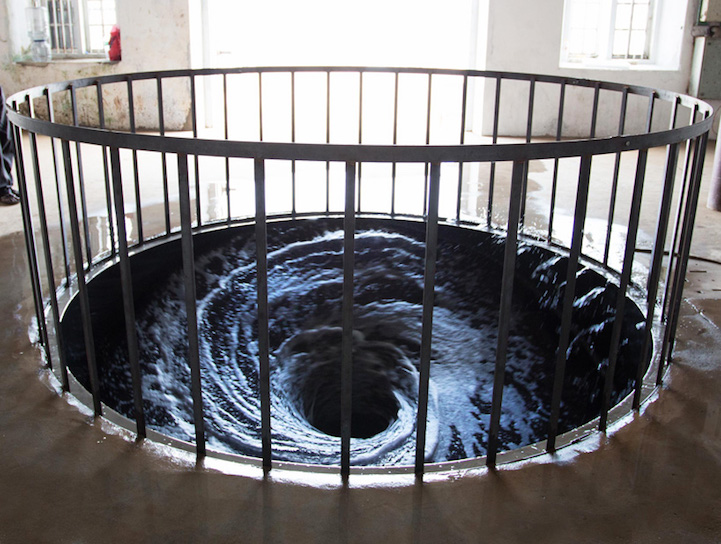 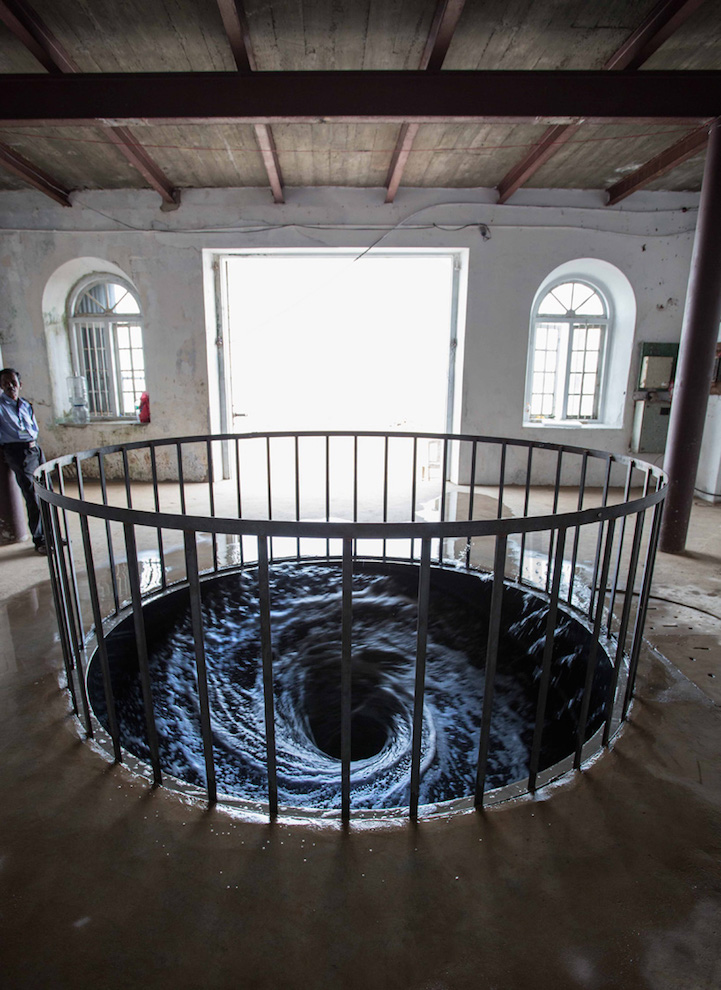 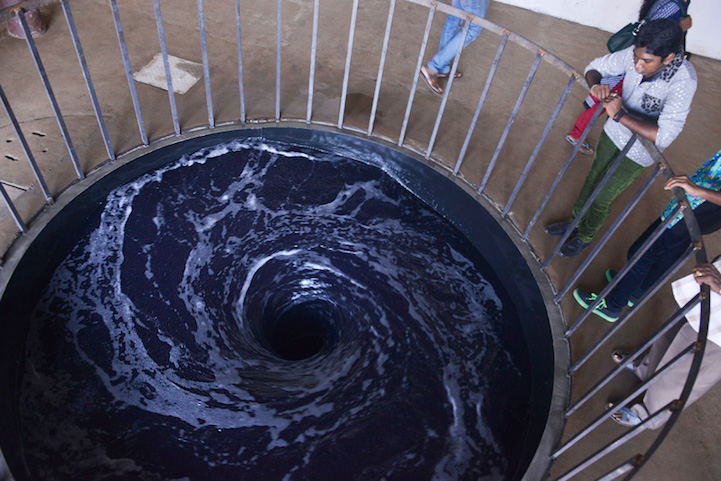 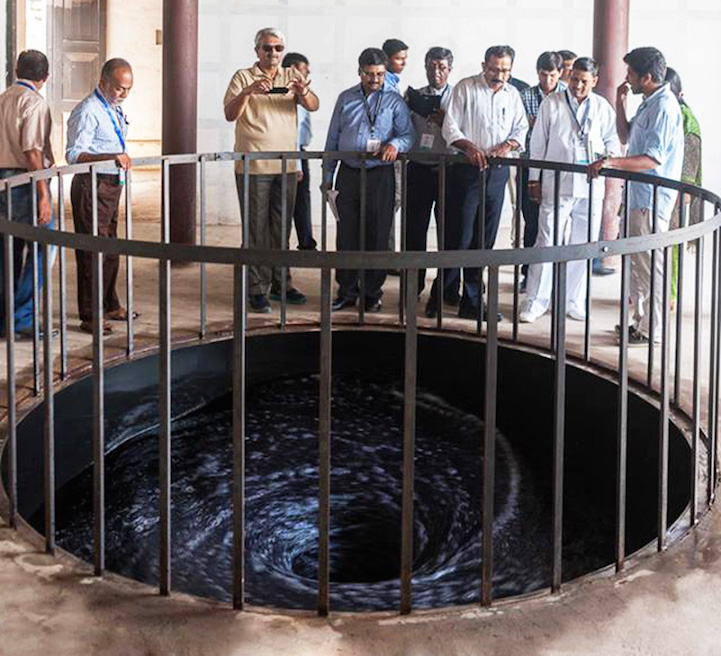