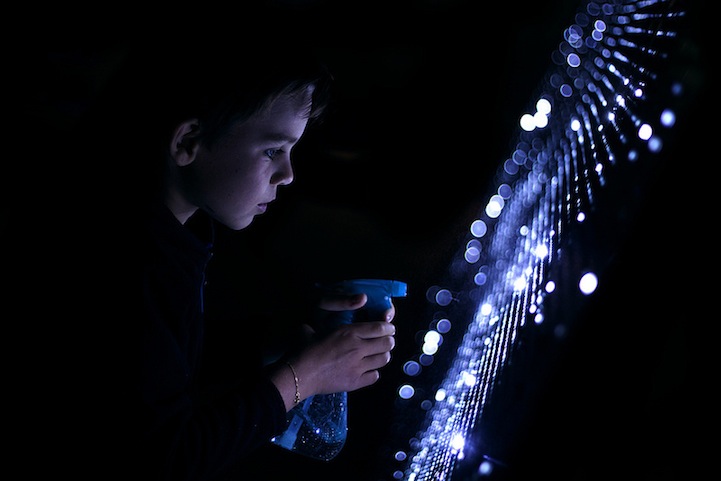 Normally, when we think of electronics and water, we think disaster. They don't generally work well together, but French digital artist Antonin Fourneau has found a way for the two to brilliantly cooperate. The artist's interactive project titled Water Light Graffiti features a giant board embedded with thousands of LED lights that illuminate in response to contact with water. Essentially, the board is a life-size digital canvas and water serves as the paint. The truly undefined element is the paintbrush, which can be anything from a spray can or a sponge to your own soaked hands.

In collaboration with Digitalarti, a French team dedicated to promoting digital arts, and as its Artlab's first resident, Fourneau has developed this visually stimulating project that blurs the lines between graffiti, painting, and technology. It allows anyone to become an artist and invites people to participate in producing public art. Water Light Graffiti was finally installed on the streets of Poitiers, France recently, where graffiti artists and pedestrians alike were welcomed to “paint.”

Check out the video, below, to see some of the luminous works being created. Also, be sure to read our interview with the artist who was kind enough to give us some insight into his amazing project. 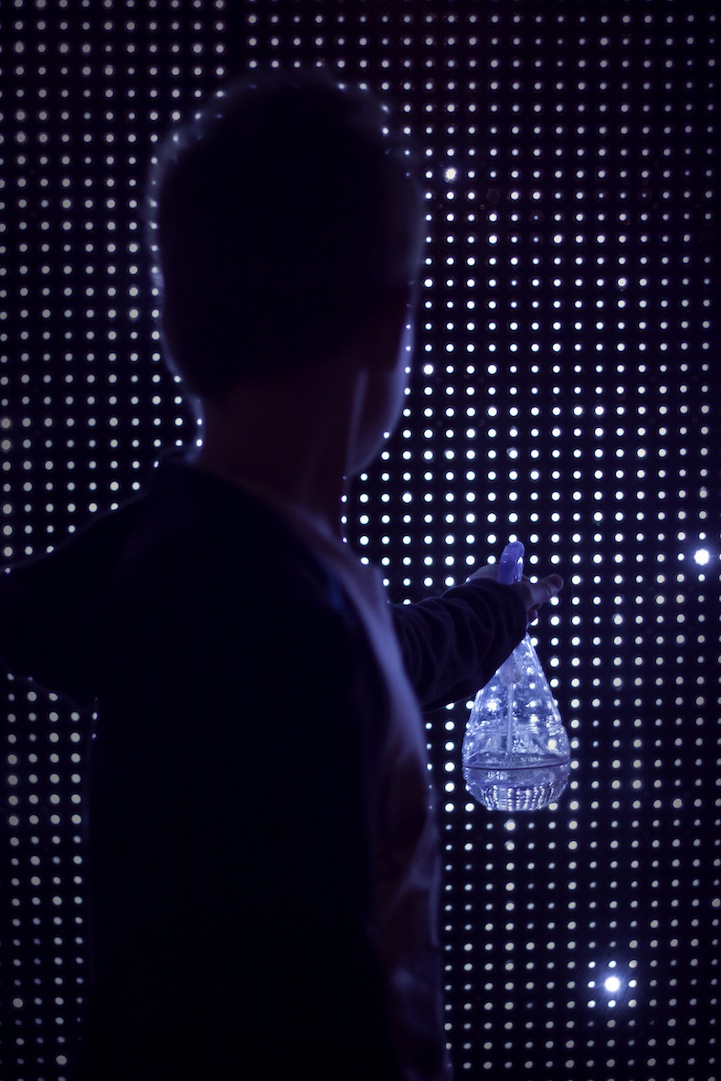 How did the idea come about to use LEDs and water?
I used water in several of my projects already. During an experimental workshop with visitors in 2011 @ Centre Pompidou, I used moisture and a sponge to make a human game controller. (See a video here.) For an exhibition in 2009, I've used LED to make a jaw prosthesis reactive with saliva.

I had in mind to make a project with a lot of LEDs and a simple principle. I always had the work of people like Ingo Maurer and Moriitz Waldemeyer in mind. One of my favorite hobbies is to try to make interactive installations with a simple and effective concept. The trick of using water as a light switch matched these expectations perfectly.

The idea grew during a workshop in March 2012 at the CAFA Design School in Beijing. I proposed a subject around “natural interactive devices.” I've managed several prototypes with students and around the water. One evening I was in my hotel room preparing for the next day's classes with some electronic components and a spray bottle of water was on the table. 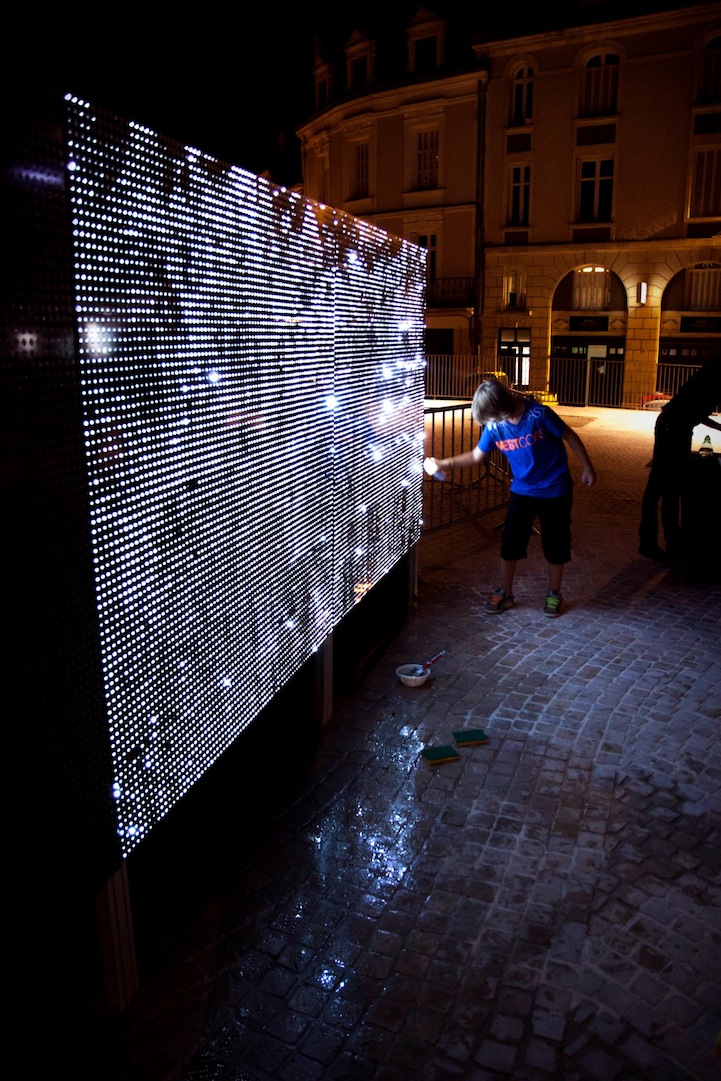 How long did it take to create from beginning to end?
I had a period of two months to find the right design and machining process. And then one month to make this a first prototype in large scale. I still have work during my residence at the ArtLab (in Digitalarti)  to improve the effect and the possibility of having the wall in the city for a long period. 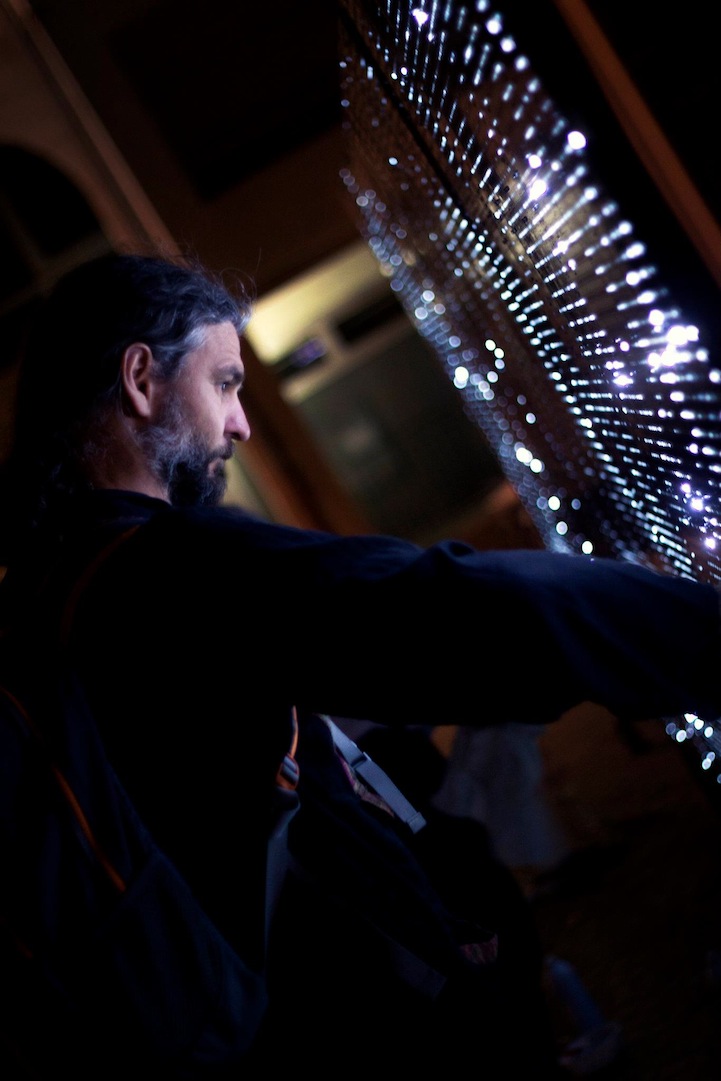 How many people were involved?
The delivery time for the exhibition at Poitiers was very short: 5 days, the time spent to find the right design LED and order a big batch of 22,000 LED. Fortunately the Digitalarti ‘s Artlab team (a core of six people named in the video description) and volunteers have helped deliver the project on time.Here are the pictures, feel free to use them 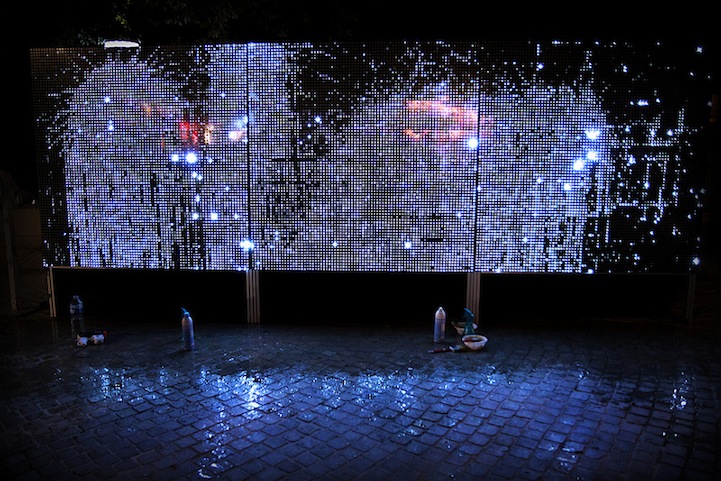 What do you hope to do next with the technology?
I want to develop a material that can be easily installed on architecture. I also develop, during my research, quite a few others prototypes flexible and even transparent. I think I have some good ideas for application in the field of play, which is my favorite field. 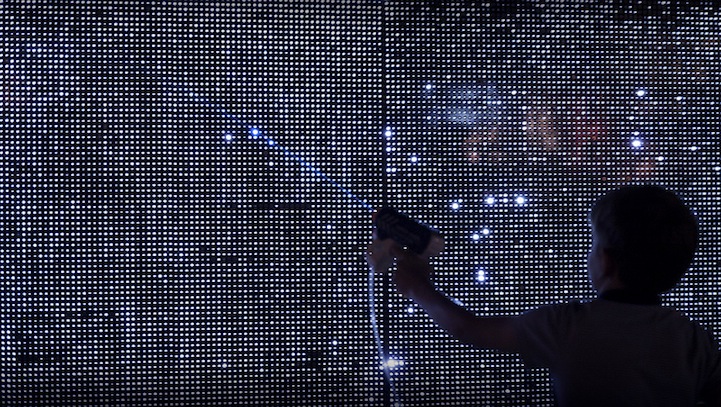 Where can we expect to see this next?
We are receiving lot of emails from people who saw the video online. The city of Poitiers wants to invite me again  to present a bigger size. I started this project  during a festival in Reims “Nuit Numrique #9” on the topic of DIY and I think going back next year to show the result. And I think we will do something for the “Nuit Blanche” in Paris or elsewhere soon in October. 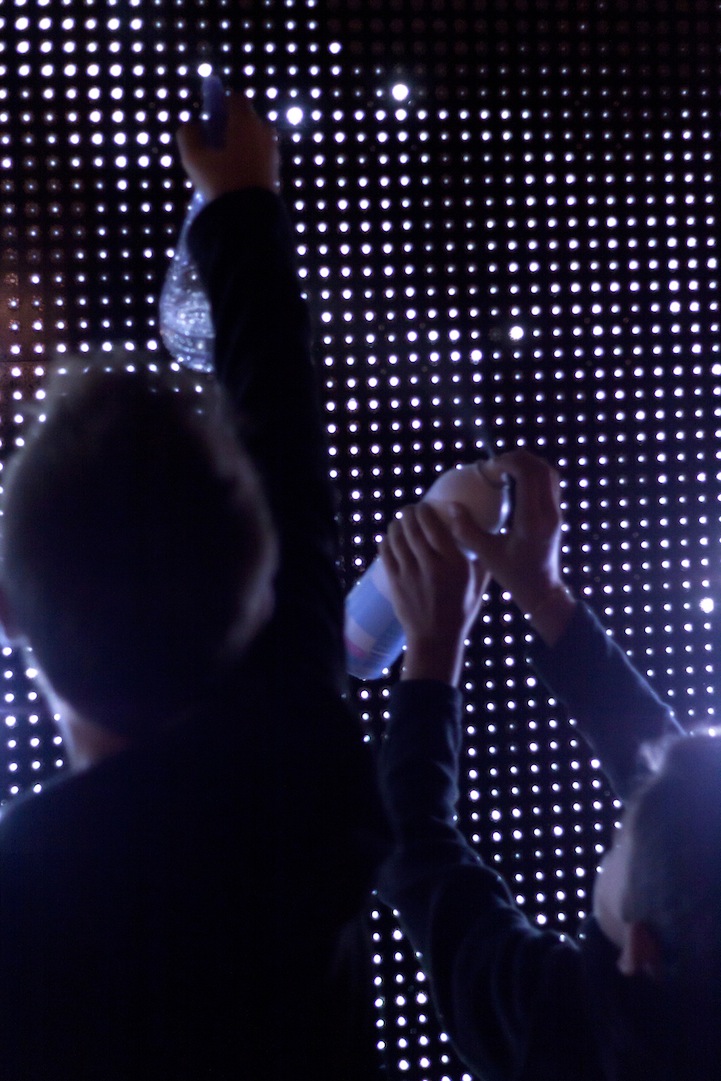 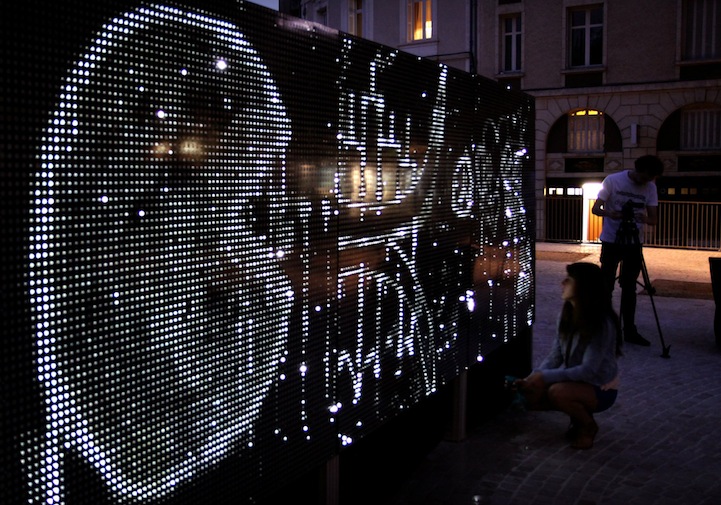 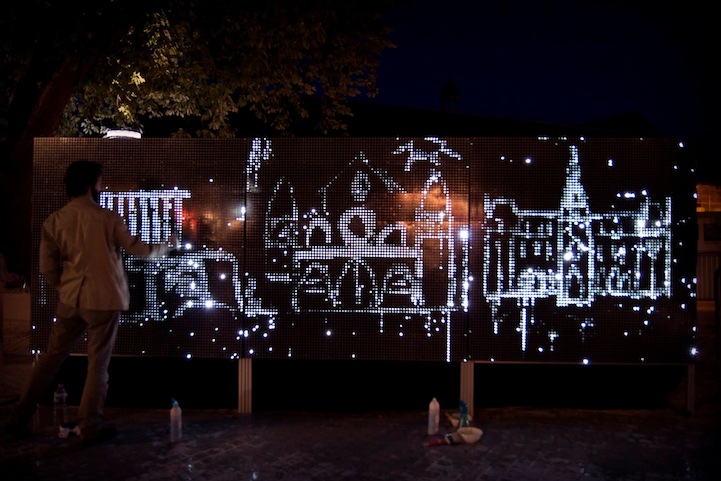 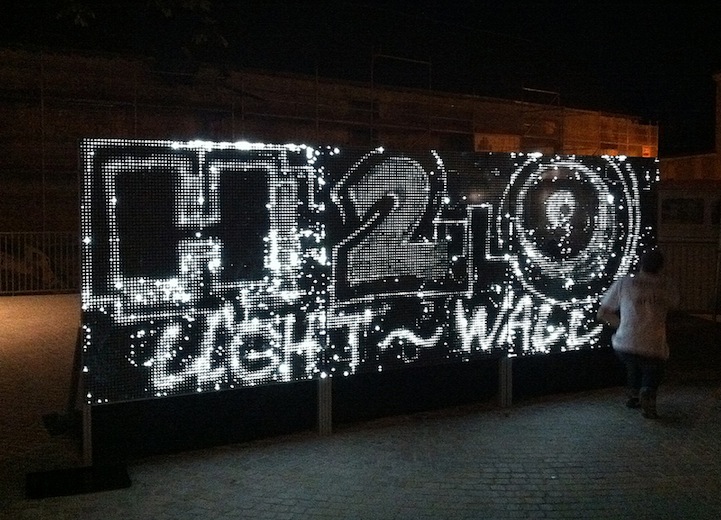