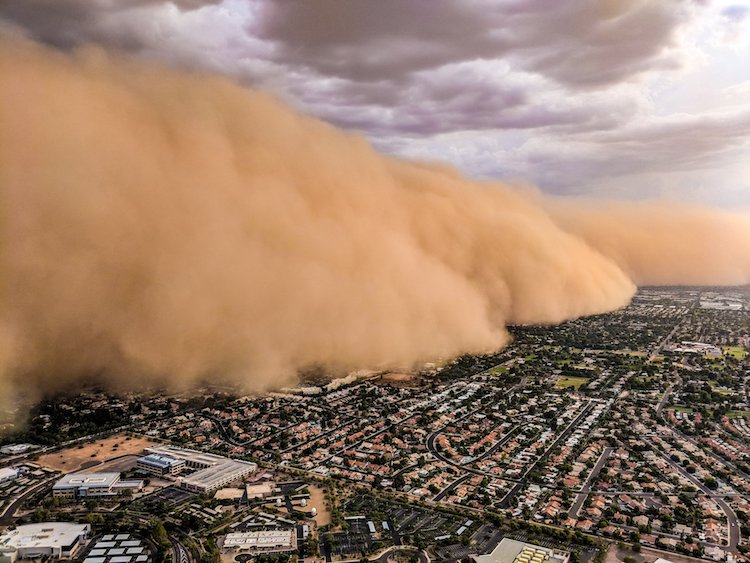 Photographer Jason Ferguson has been shooting from helicopters for over 6 years. In early August, he captured some incredible photographs of a dust storm spreading over Phoenix, Arizona. From his position in a news helicopter, he whipped out his smartphone to snap a few pictures as the chopper outran the storm.

These dust storms, also known as haboobs, are quite common in Arizona and occur a handful of times a year during monsoon season. The word haboob is taken from Arabic and means “blasting or drifting.” They commonly happen in arid or semiarid regions. Collapsing thunderstorms cause these dust storms, as the collapse causes precipitation to release and winds to reverse. When the cold burst of air reaches the ground, it blows up dust from the desert which moves like a wall in front of the storm cloud.

Haboobs can travel between 20 and 60 miles per hour, so Ferguson was lucky that the chopper he was traveling in moves well over 100 miles per hour. In these situations, staying ahead of the storm is key in order for the pilot to retain visibility.

“It is difficult to convey just how massive and threatening these walls of dust are compared to a relatively tiny helicopter unless you experience it firsthand,” Ferguson told PetaPixel. “We fly at around 800 feet above the ground, and these dust storms still tower thousands of feet above us. Out of curiosity, we recently flew to the top of one, and measured it at over 6,500 feet tall.”

Ferguson and his pilot were able to land safely and wait out the storm before taking to the skies again. For Ferguson, Arizona's rapidly changing, dramatic weather is just one of the reasons he enjoys his work.

This news helicopter recently outran a dust storm in Arizona, but managed to capture some striking photos as it fled the scene. 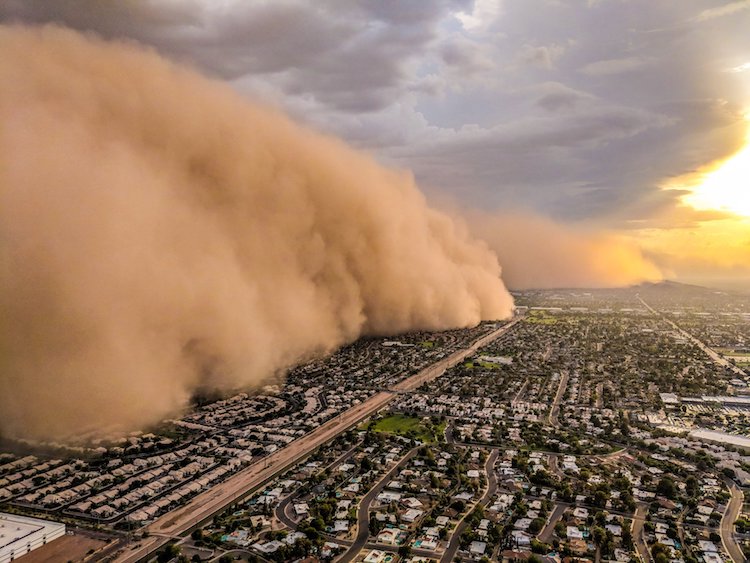 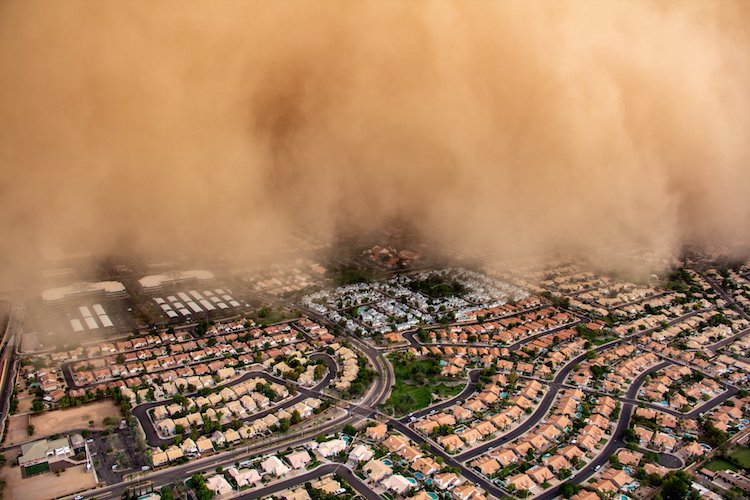 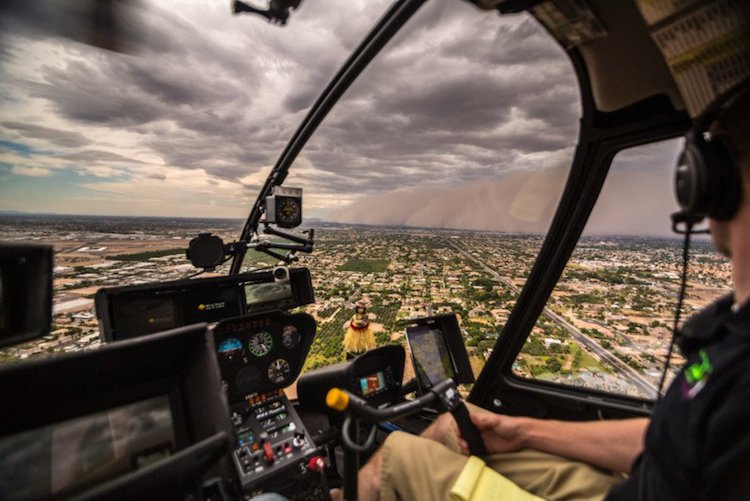 This photo shows just how massive these haboobs are, with winds reaching up to 60 mph. 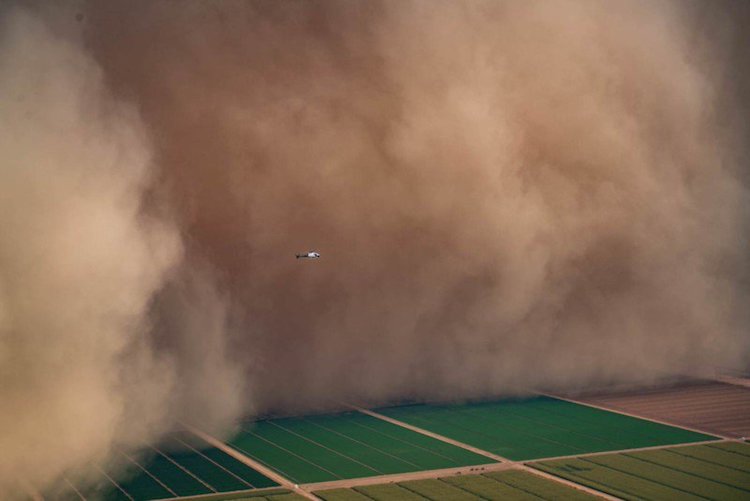 My Modern Met granted permission to use photos by Chopperguy.

Pilot Captures Rare Photo of a “Microburst” Raining Over Phoenix