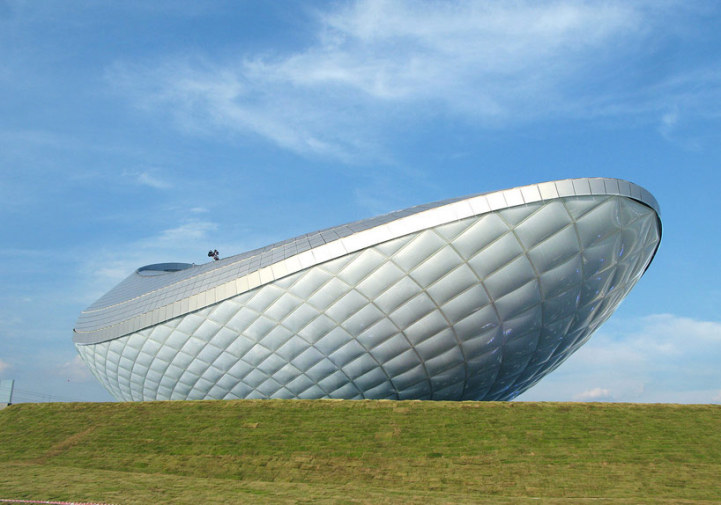 The River Culture Pavilion (aka ARC), a multimedia pavilion located in Daegu, South Korea, is at the forefront of immersive video technology. Built at the end of a peninsula, the space was designed by Asymptote Architecture with the intention of creating a dialogue with the surrounding environment. This is accomplished by its rooftop viewing platform and reflective pool, which are meant to make visitors question the reality of their environment and what they see before them.

The building's exterior facade has been covered in silver ETFE pillows which not only insulates it and shields it from environmental damage but also adds to its otherworldly appearance. However, the ARC's exterior isn't the only futuristic part of this design. The interior of the pavilion houses a massive, continuous, nearly 200-foot long projection screen that wraps in a mbius strip style throughout the space that plays videos and imagery from the Four Rivers restoration project launched by Korea in 2009 and completed in 2010.

Check out the awesome video, below, to see the state-of-the-art projection technology used within. 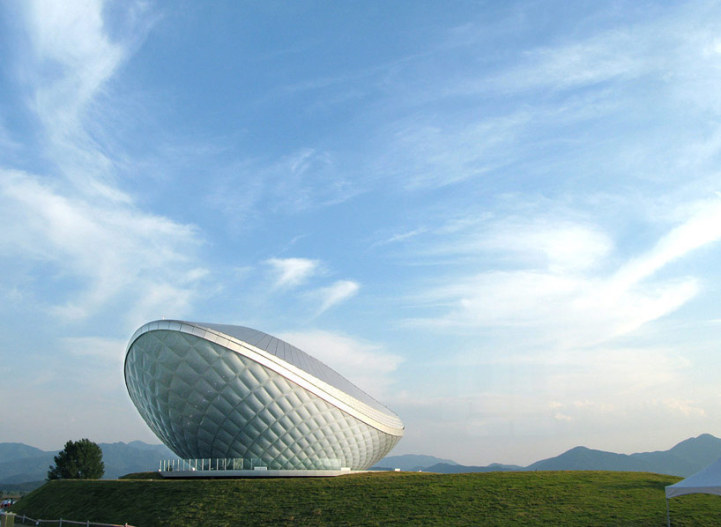