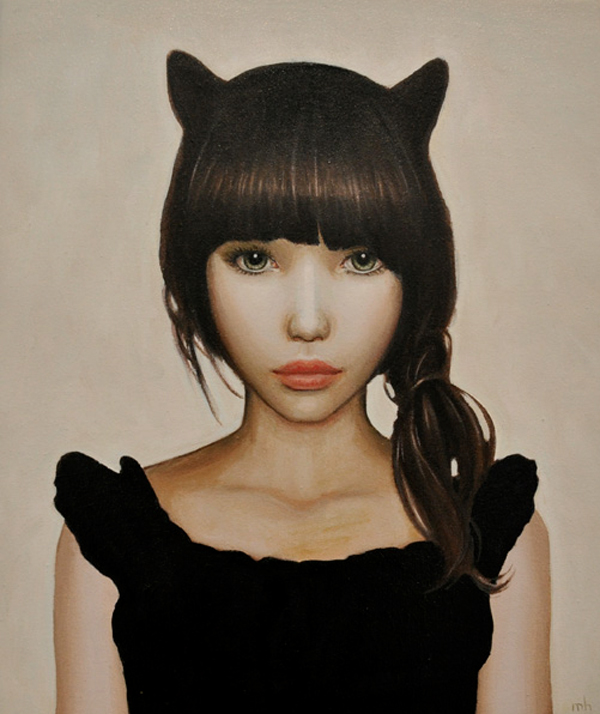 Artist Melissa Haslam is back with a new set of paintings for an upcoming show starting this Saturday at LeBasse Projects in Culver City, California. Alongside the mixed media work of Morgan Slade, Haslam will debut Botanica.

In this solo exhibition, Haslam continues to explore her fascination between the idea of femininity and nature. As flowers and roots take over the canvas, her figures react as reminders of our symbiotic relationship with nature. Her female characters take on animal characteristics – sometimes playing aggressively and other times placid. In the animal world this kind of playfulness becomes preparation for the violence that is needed for survival, a primitive state of existence that is present in human nature but disguised by civilization. 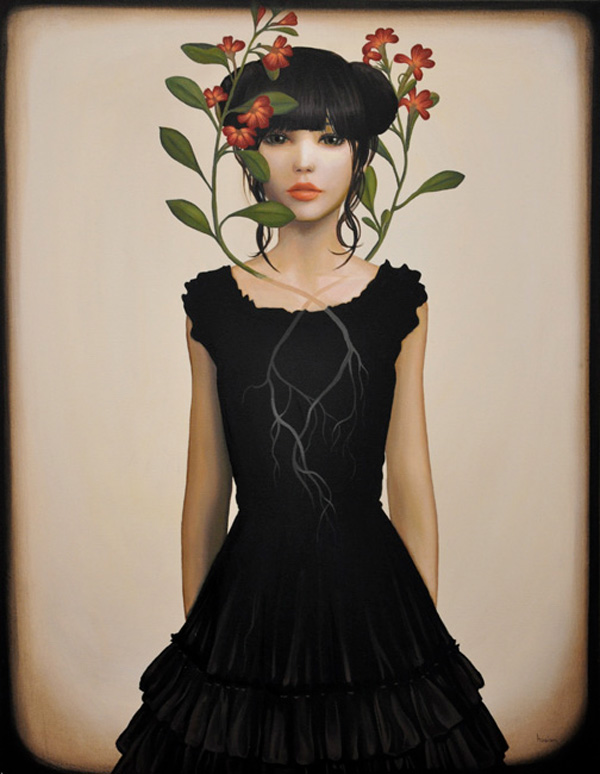 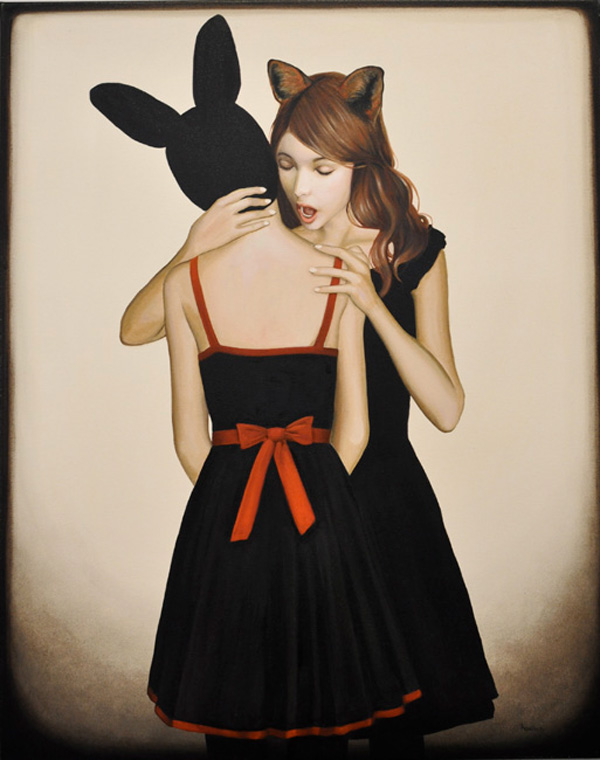 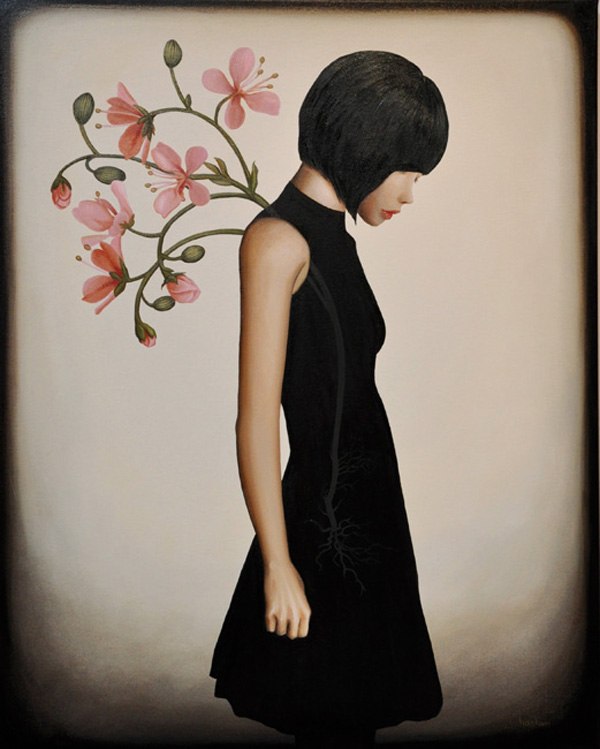 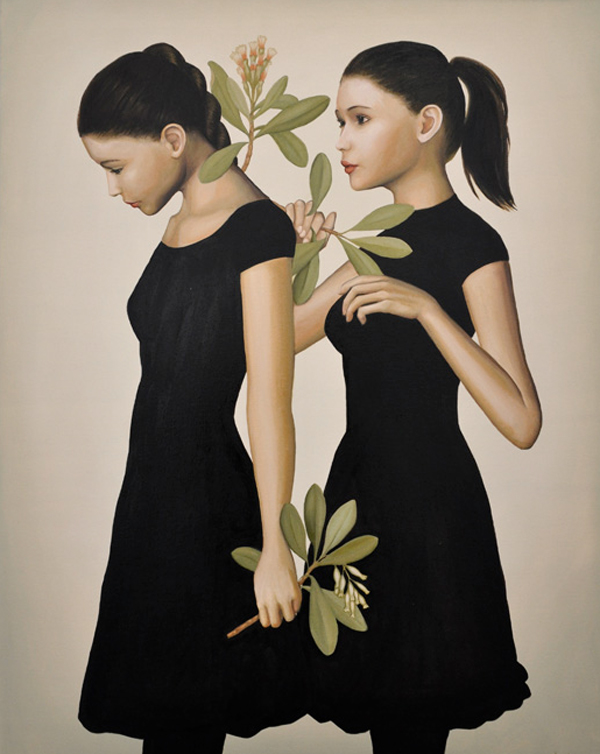 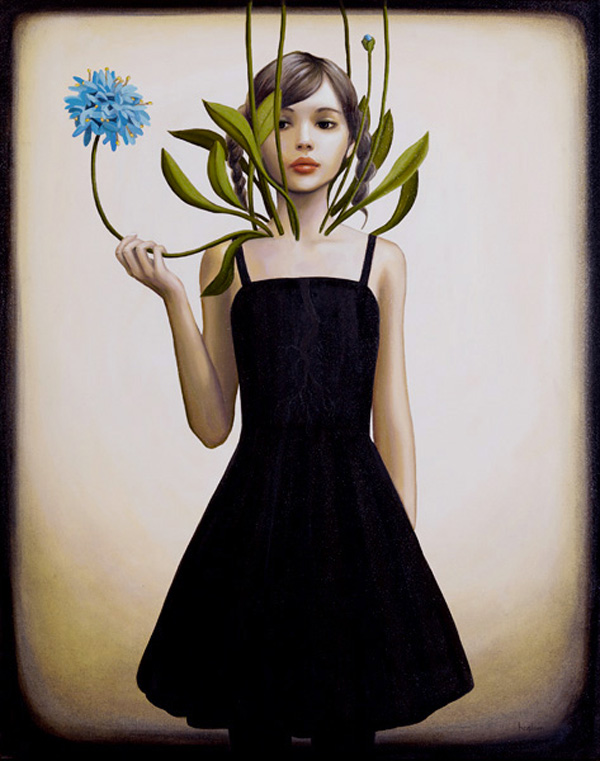 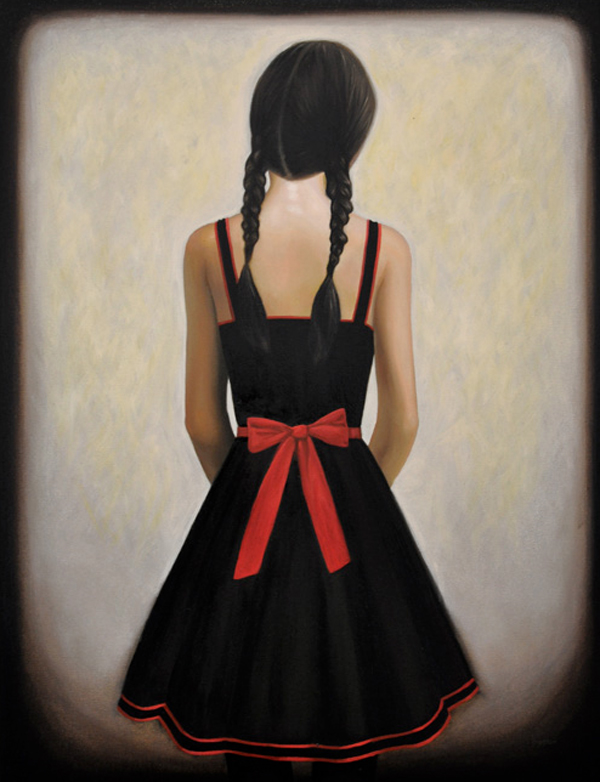 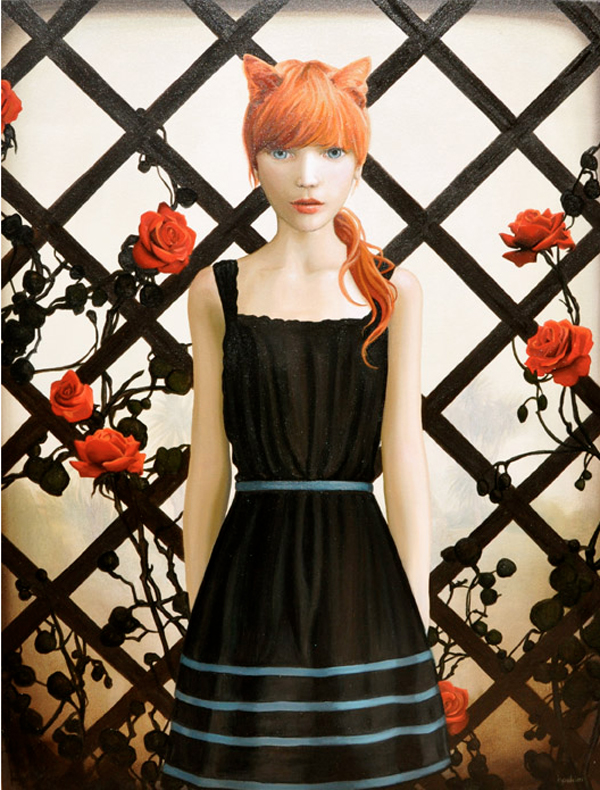 Her paintings are just as pretty as Audrey Kawsaki's and they have that same slightly surreal and dark side to them that makes you want to stop what you're doing and just stare.

Haslam told us, “I love nature, I find it calming but also very truthful so it finds it's self in many of my works. Also being female I am very interested in depicting femininity in my paintings. I think of my work as being partially escapist and would like people to be able to look at it and stop thinking of conventional every-day life for a while and be drawn into a different world.”

If you're in California, try and catch the show before its last day, August 7.