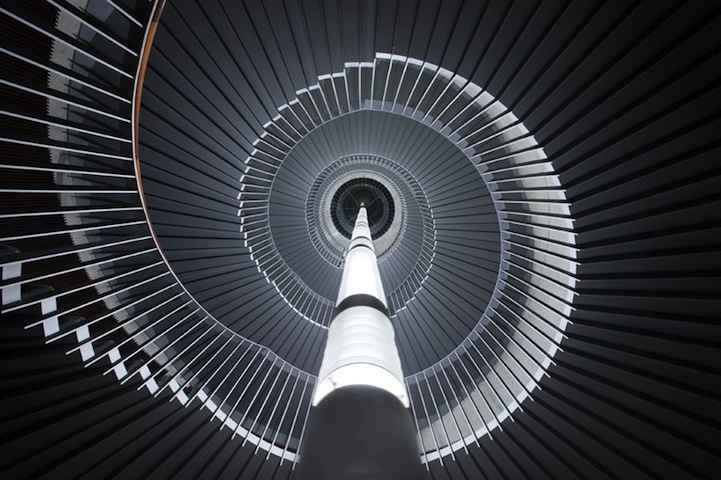 Speirs + Major designed this magnificent cylindrical chandelier to provide light for a new spiral staircase in Edinburgh's Usher Hall – one of Scotland's historic art venues. The cylindrical, concrete walls meant it was almost impossible to fix lighting in a way that would appear architecturally integrated. Their solution was to create a 45 foot (13.8 meter) long suspended chandelier – a single shaft of light that forms the central axis of the spiral staircase. The suspended structure solves many issues at once: not only general and emergency lighting, but also issues of mounting, cable routing, and maintenance. 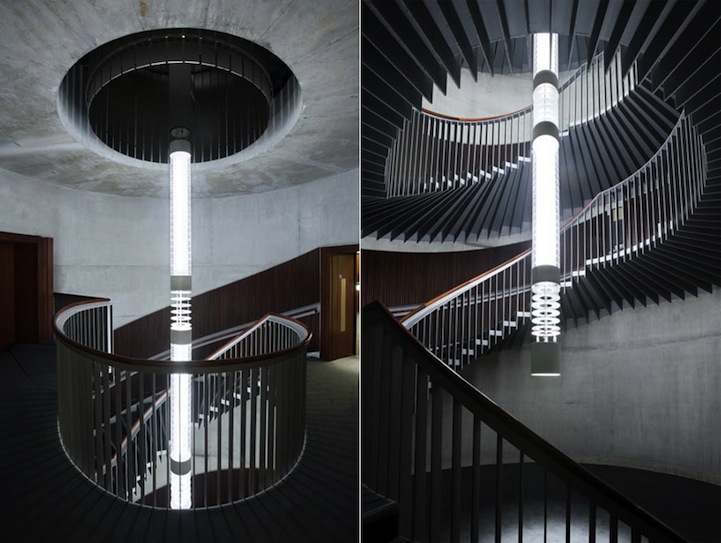 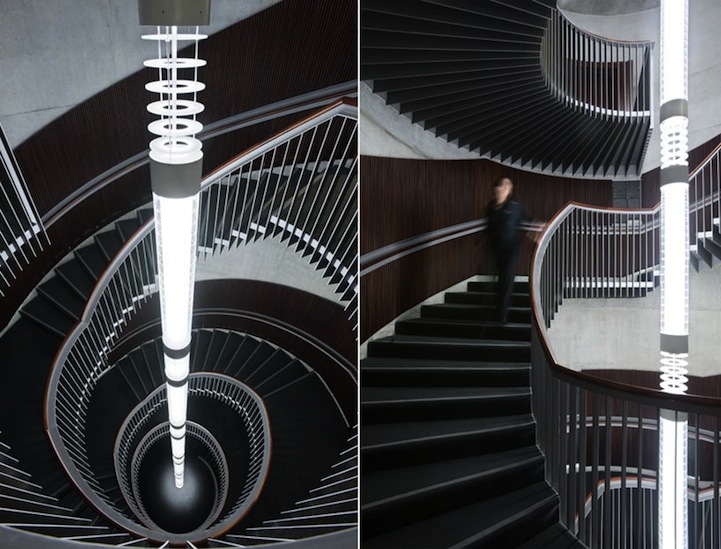