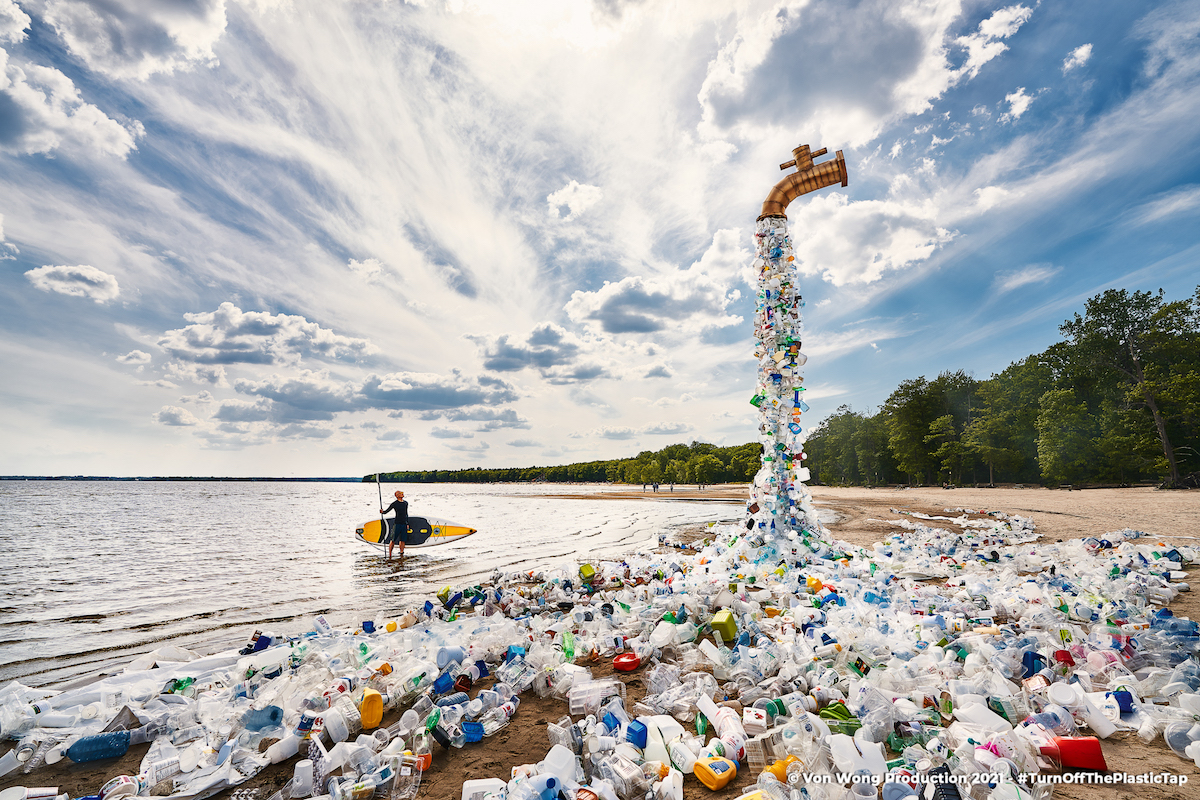 The accumulation of single-use plastics is one of the most visible ways in which we can see our damage to the environment. These pollutants clog our landfills and oceans, and we should be doing all we can to eliminate their use. Unfortunately, the global pandemic has only increased our reliance on single-use plastics; consumption of this material has gone up 250 to 300%. Artist and activist Benjamin Von Wong is using his power as a creative to bring light to this dire issue and change how we view the problem.

“I’m always looking for exciting ways to make the boring problem of plastic pollution more interesting,” Von Wong writes. Previously, he’s created an 11-foot wave made from 168,000 plastic straws as well as a crystal cave comprising 18,000 plastic cups. Aside from being visually impactful, the thought-provoking images implore us to rethink how we consume.

Von Wong’s latest piece titled Giant Plastic Tap is his most ambitious yet. “The Embassy of Canada in France reached out and asked if I could build an art installation to raise awareness for plastics,” he says. “This was my chance to create more than a piece of art. It was my chance to create a symbol inviting the world to #TurnOffThePlasticTap.”

As the hashtag implies, the artist and his team built a giant faucet that is spewing heaps of single-use plastics—cleaning bottles, water bottles, and other materials that line our grocery store shelves. Von Wong also shares fascinating behind-the-scenes shots that reveal how all of the materials in the project were reused. The tap, for instance, was made from scavenged ventilation ducts and fitted for a forklift. The plastic “water” was sorted, poked, and threaded together, making for easy setup and tear-down so that it could be photographed in multiple locations.

Von Wong sees these images as just the beginning of his project. He's inviting everyone to help spread awareness and gearing it towards creatives. Create a remix of Giant Plastic Tap between October 4 and November 4, 2021, and you’ll automatically be entered into a $10,000 prize pool. Learn more about the competition and how to enter. 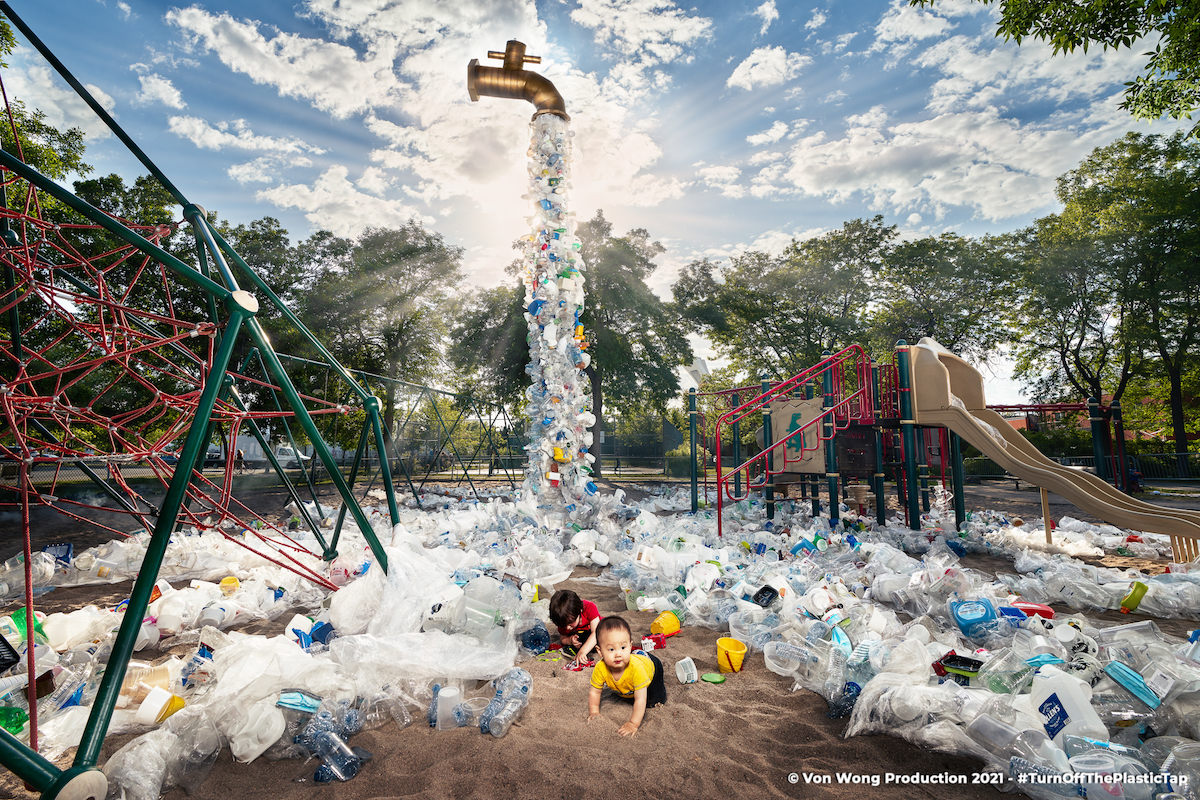 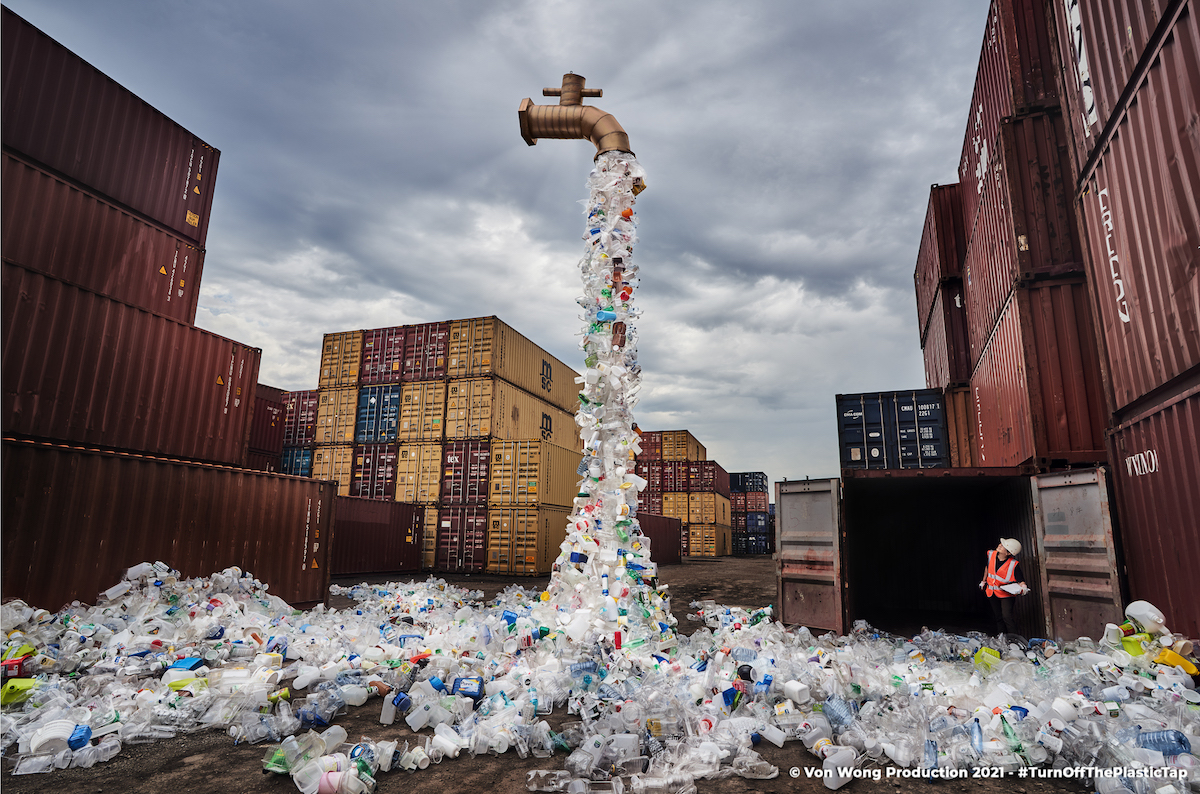 Von Wong sees these images as just the beginning of his project. 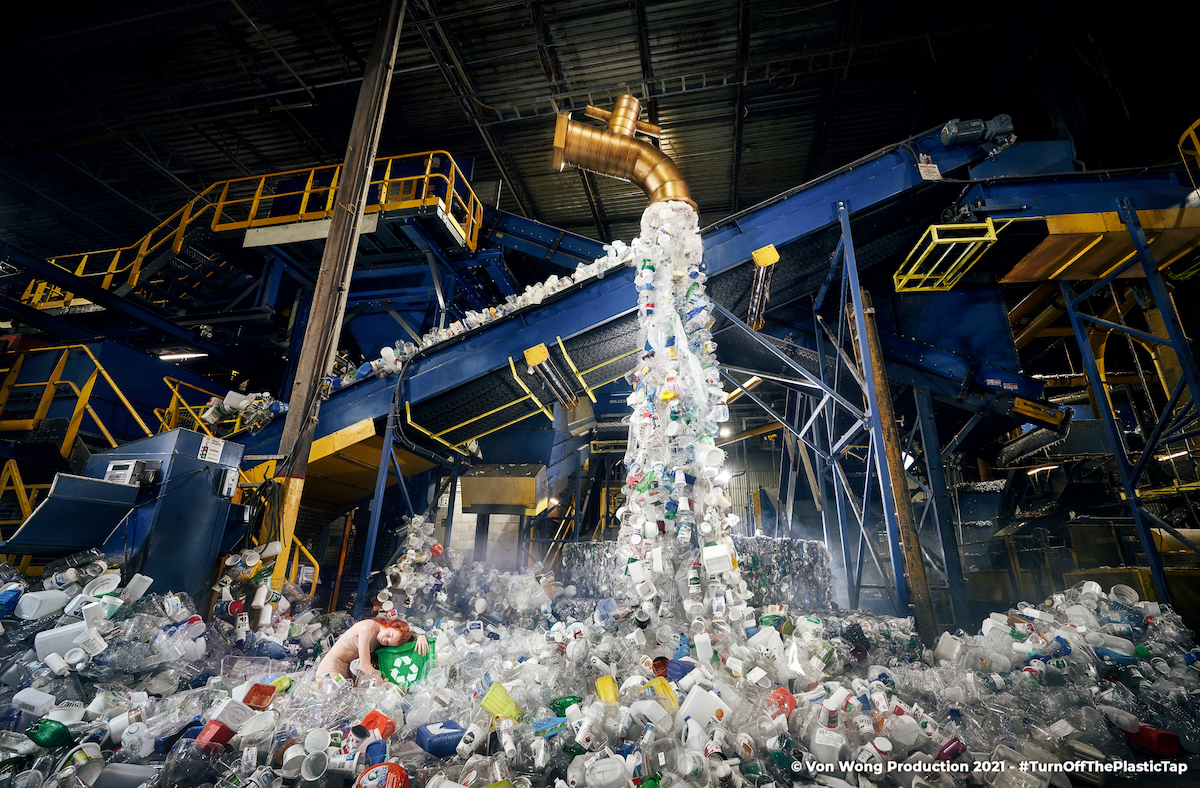 Artists who create a remix of Giant Plastic Tap between October 4 and November 4, 2021 will automatically be entered into a $10,000 prize pool. 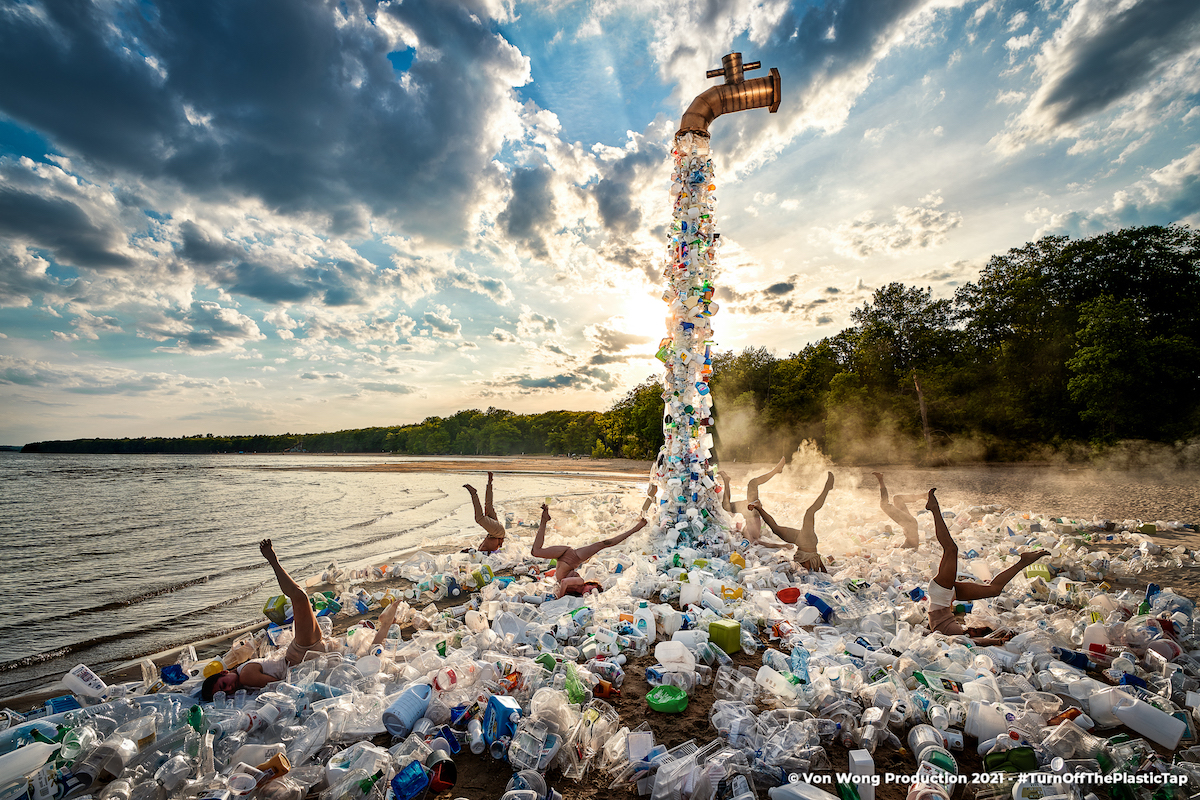 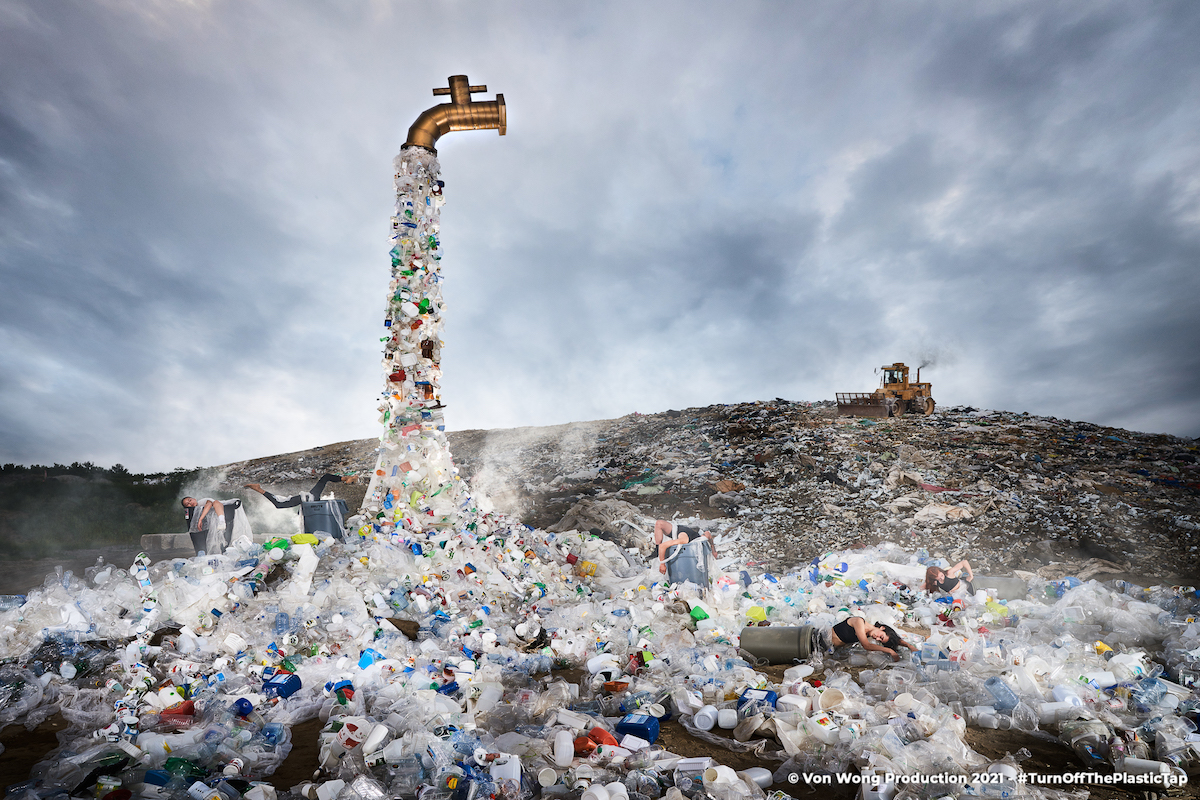 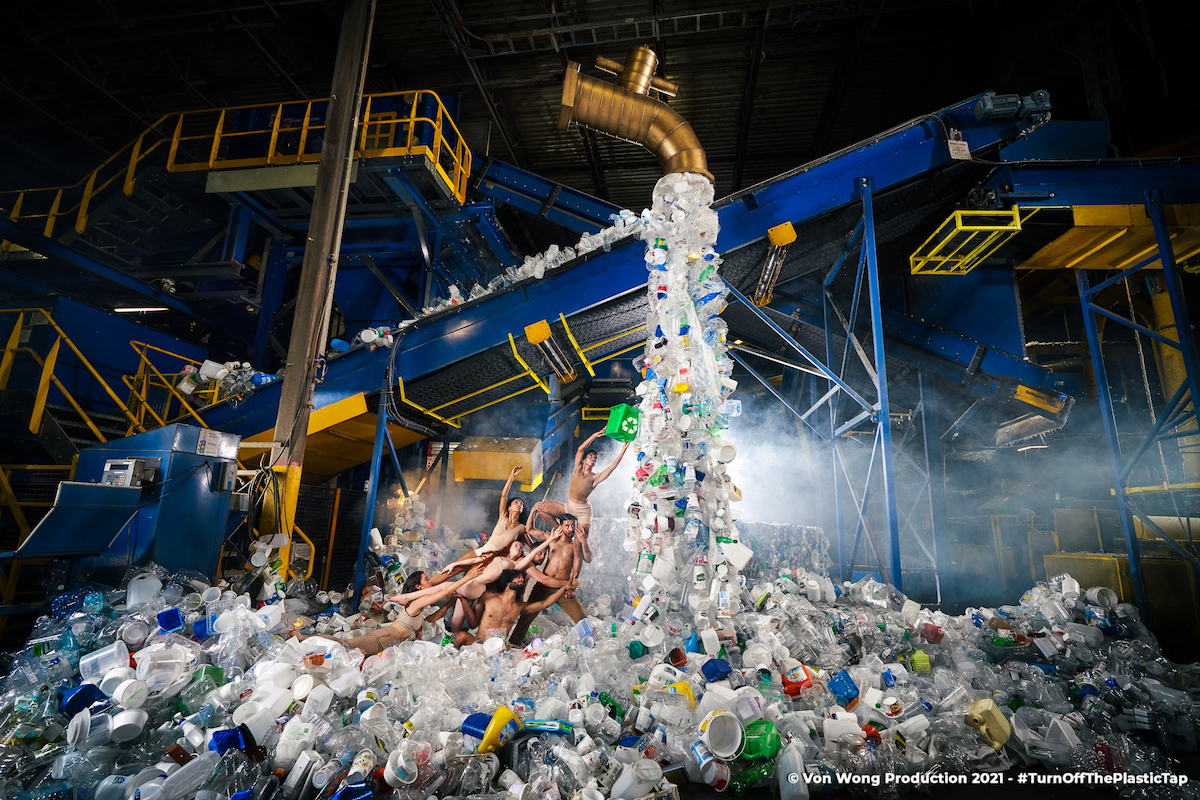 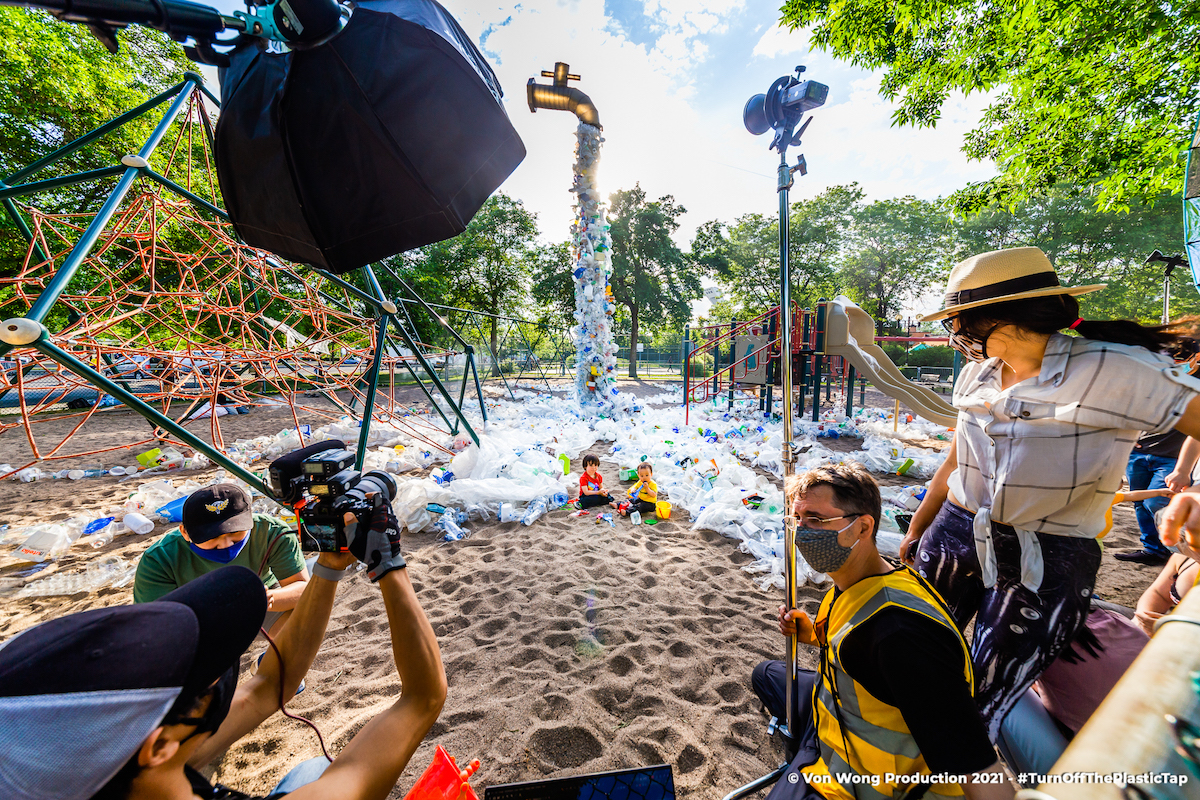 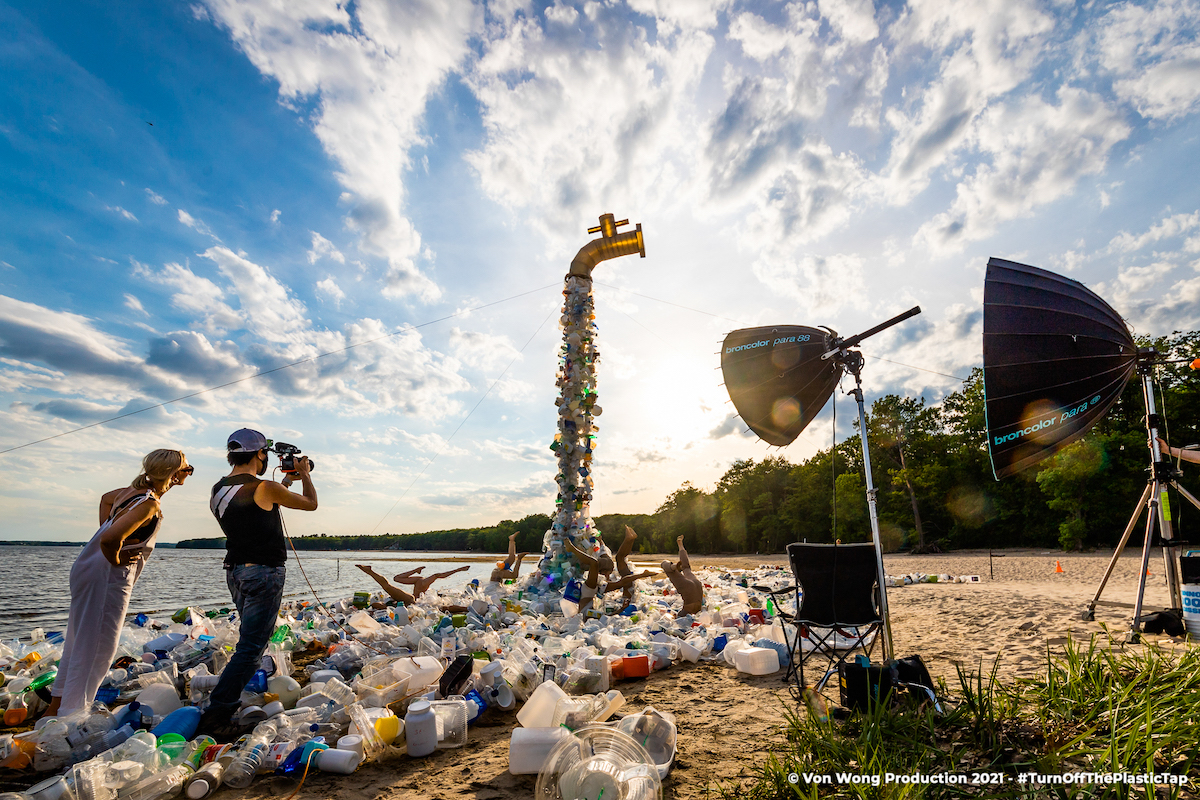 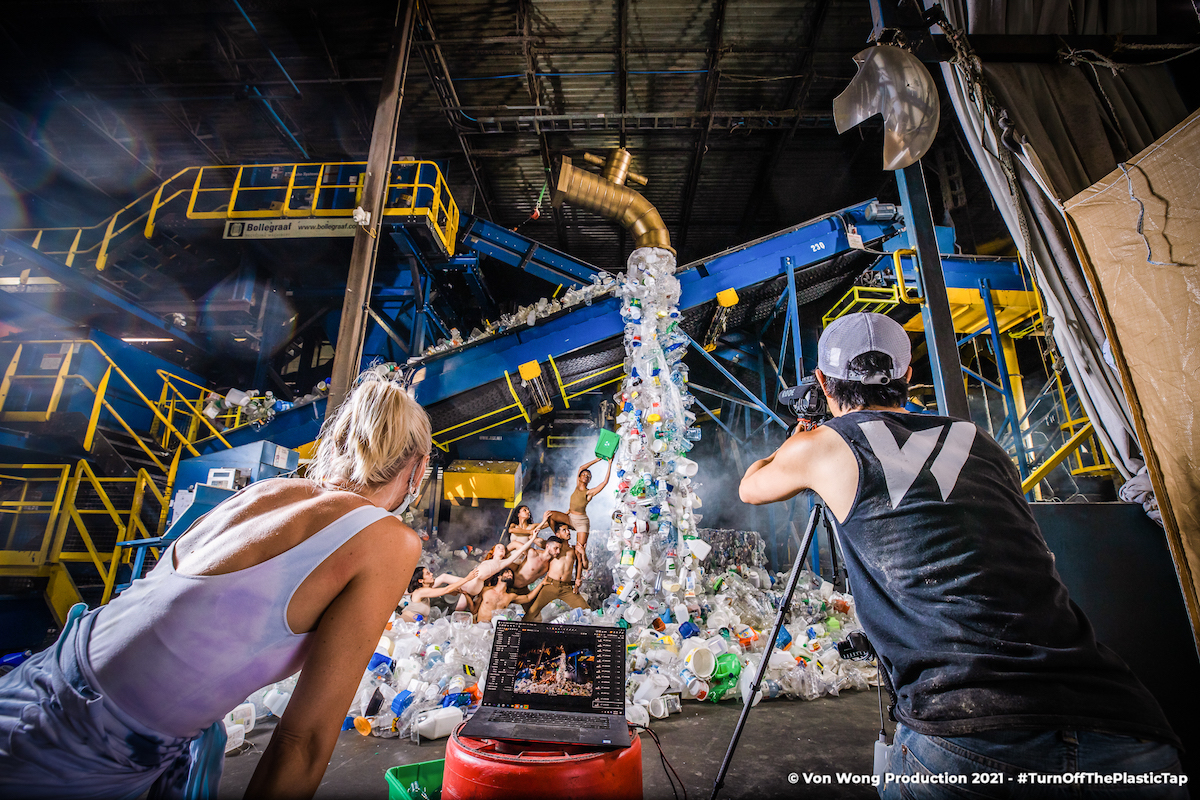 Tell someone about this project! Share
Like My Modern Met on Facebook
Get Our Weekly Newsletter
Become a
My Modern Met Member
As a member, you'll join us in our effort to support the arts.
Become a Member
Explore member benefits