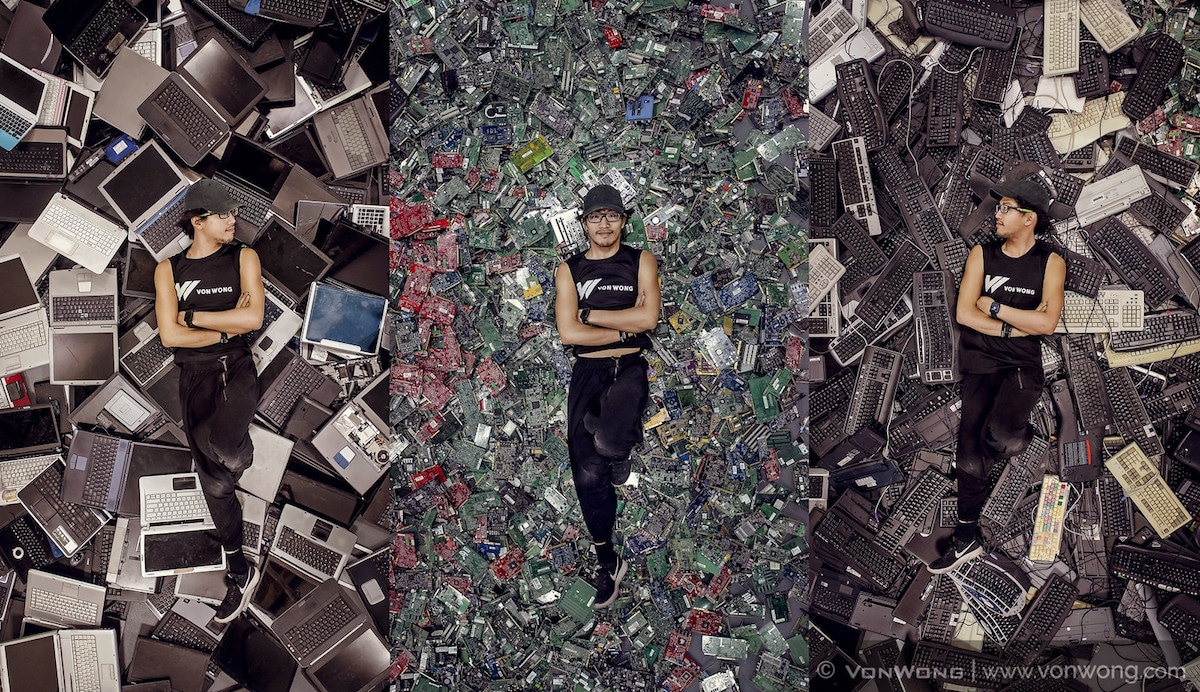 Photographer Benjamin Von Wong uses his photography as a way to make a positive social impact. His stunning images create awareness about issues from climate change to plastic pollution in our oceans. Thought-provoking as they are beautiful, Von Wong's high-concept series are innovative in their use of materials. This is particularly true of his latest project. It focuses on e-waste, which is the refuge produced when we upgrade (and ultimately discard) our electronics—anything from cell phones to computer screens to peripherals. To give you an idea of just how much this is, 2010 saw 142,000 computers being thrown away every day in the U.S.

Even if you are familiar with the concept of e-waste, chances are that it's not something you give much thought to on a day-to-day basis. “Unfortunately, e-waste doesn’t make for very interesting dinner conversation,” Von Wong writes. “I wanted to change that. All I needed was access to a lifetime of electronic waste.”

While at SXSW in 2017, Von Wong learned that Dell had the “world's largest global recycling program,” and that they were interested in collaborating with creatives to help them raise awareness of it. As Von Wong researched more about the program, he learned that past electronics could power future devices. Dell uses a “Closed Loop Recycling Process” where salvaged plastics and gold from discarded devices are re-purposed into new parts. This practice was the conceptual starting point for his project.

“We were given 4,100 lbs of e-waste for this project,” Von Wong explained, “the approximate amount of e-waste an American might use over their lifetime.” Dell helped connect the photographer and his crew of over 50 volunteers with one of their recycling partners in Dallas. They were also given a room and bins of e-waste that Dell had collected via their recycling program. Together, they assembled the structures and used forced perspective to make them look as though they were epic landscapes. Von Wong's model was imagined in body paint as a “futuristic cyborg.” The final result captures this aesthetic; we feel that we've entered a post-apocalyptic landscape where we're only surrounded by the manufactured things we've thrown away.

All of Von Wong's hard work was fleeting. After 10 days of constructing and shooting the set, it took only four hours to clean up. But the photographer has grander plans for his pictures. “The images will hopefully live on forever and empower every individual to tell their friends and family to Rethink electronic waste, Recycle them responsibly so that responsible companies like Dell can Revive them as brand new computer parts.” 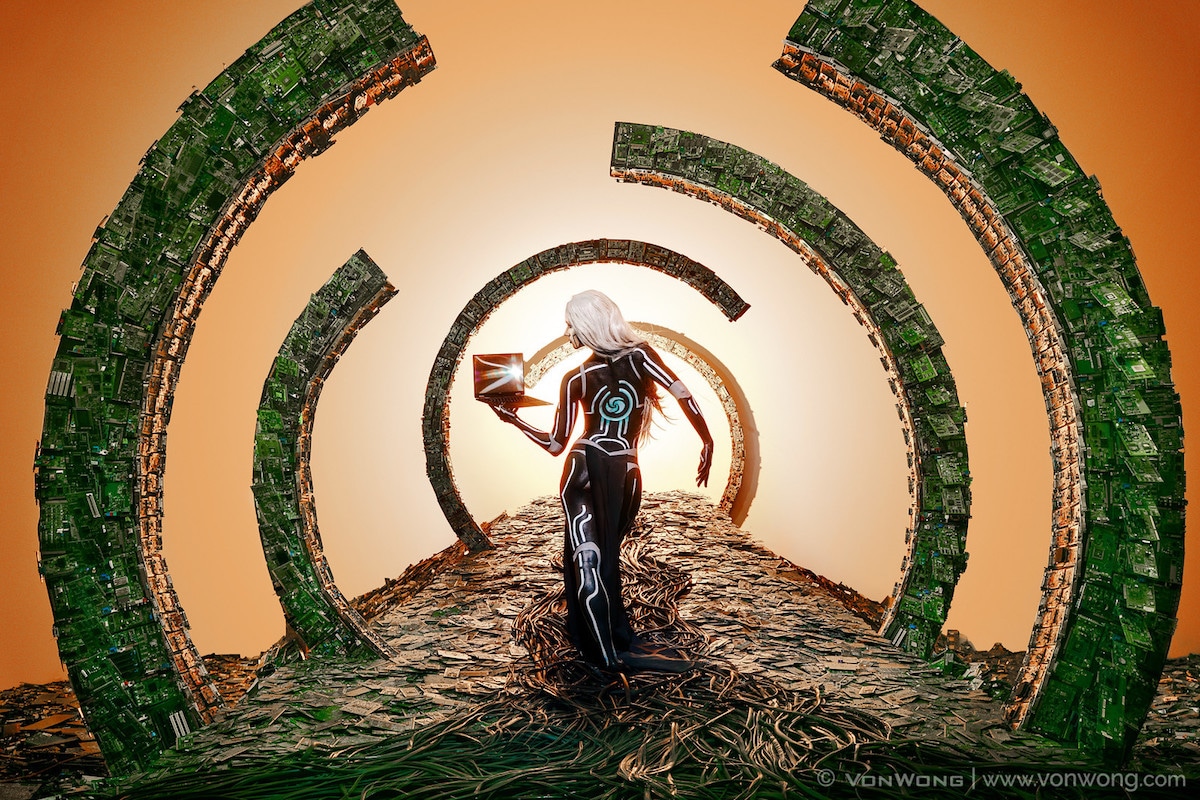 What is e-waste? It's the refuge that comes from discarding our electronics. 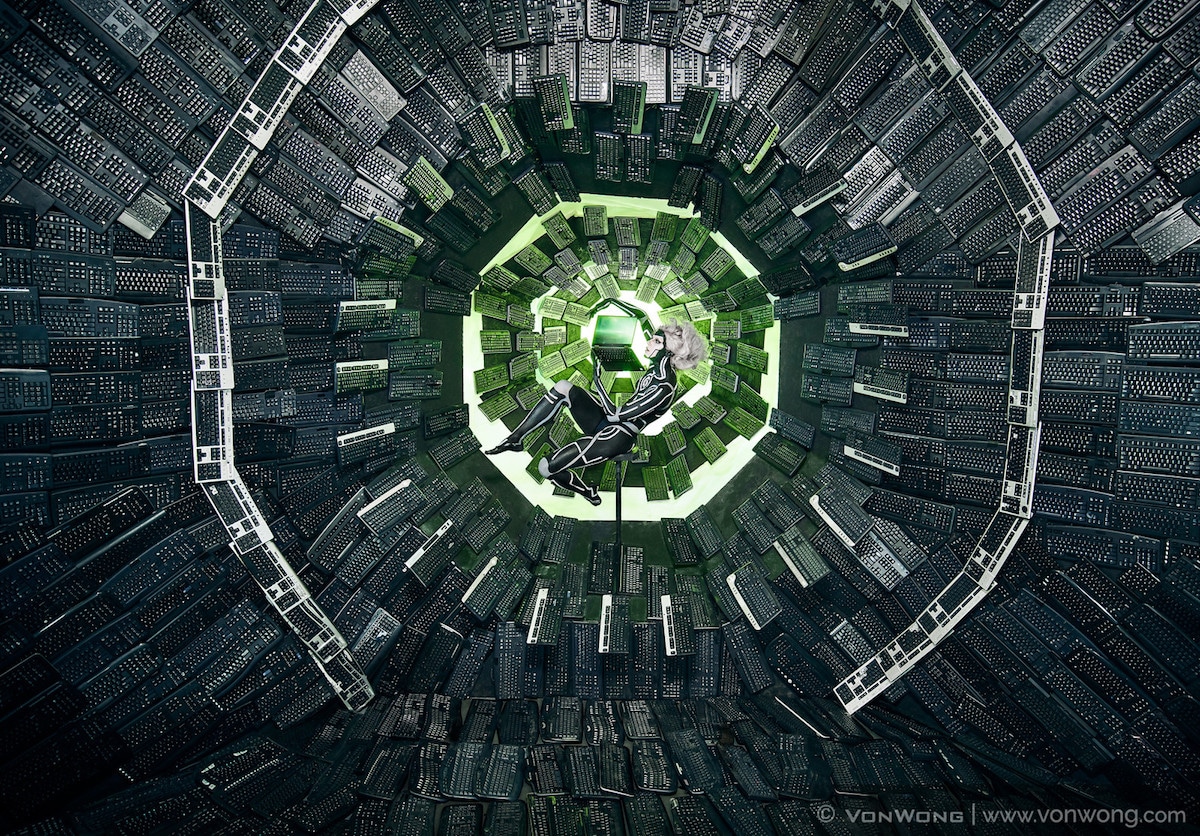 Each set was made from Dell's e-waste recycling program. 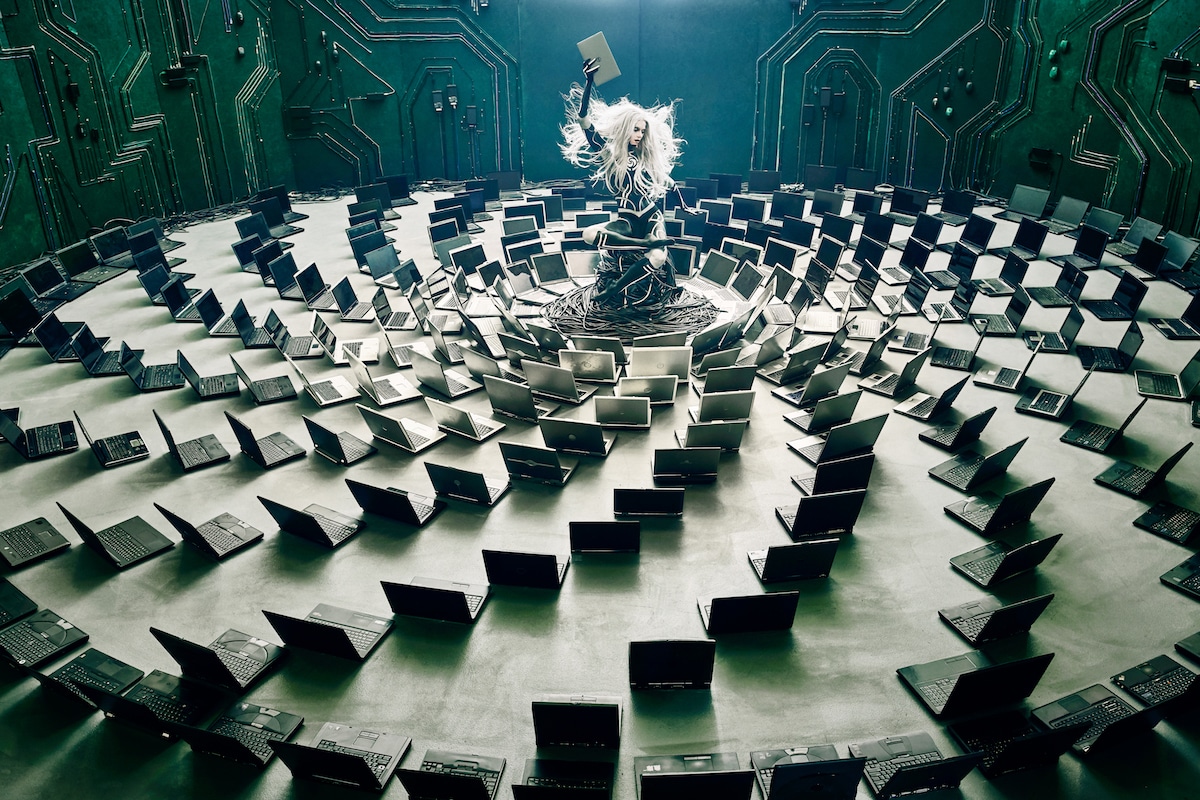 On his blog, Von Wong shared plenty of behind-the-scenes. 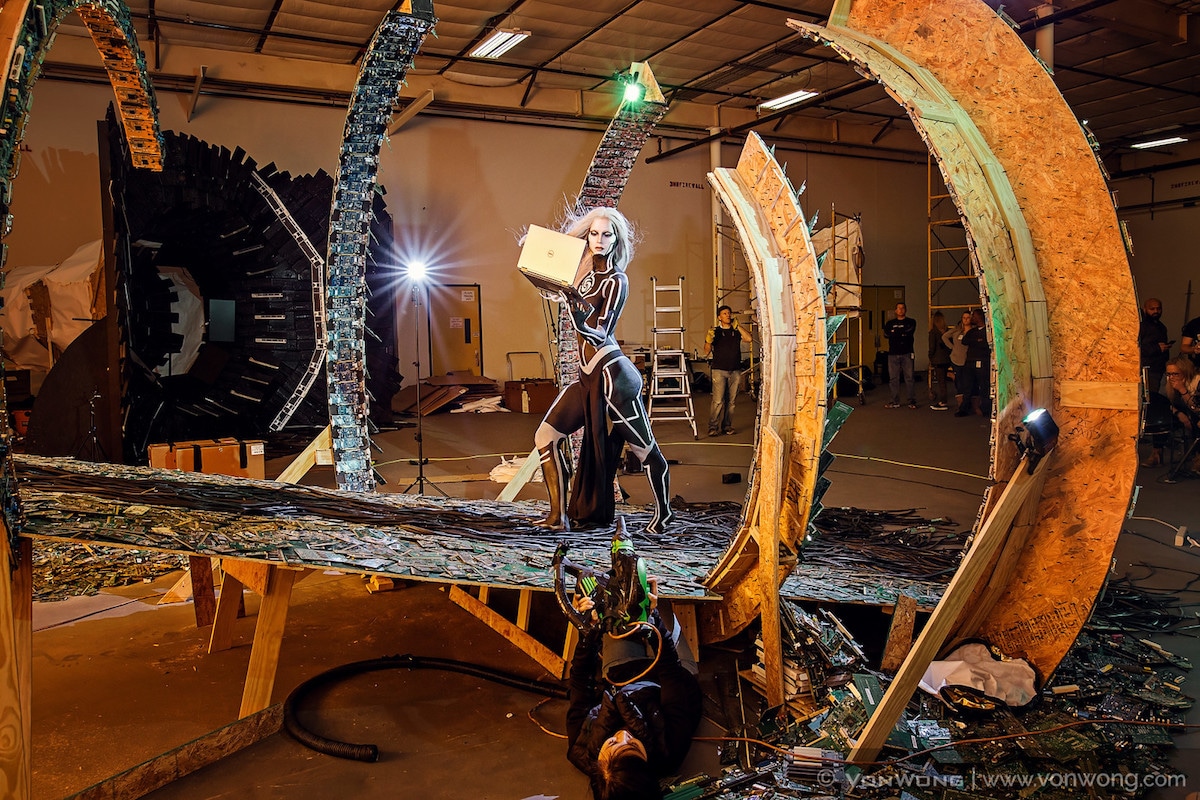 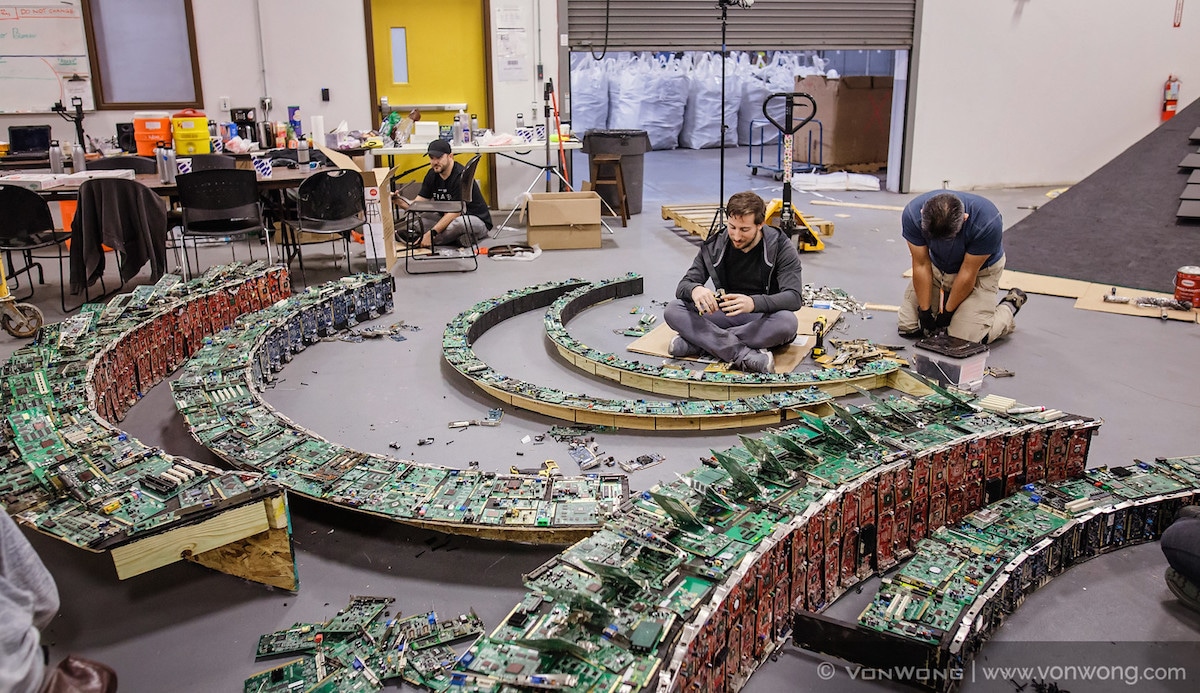 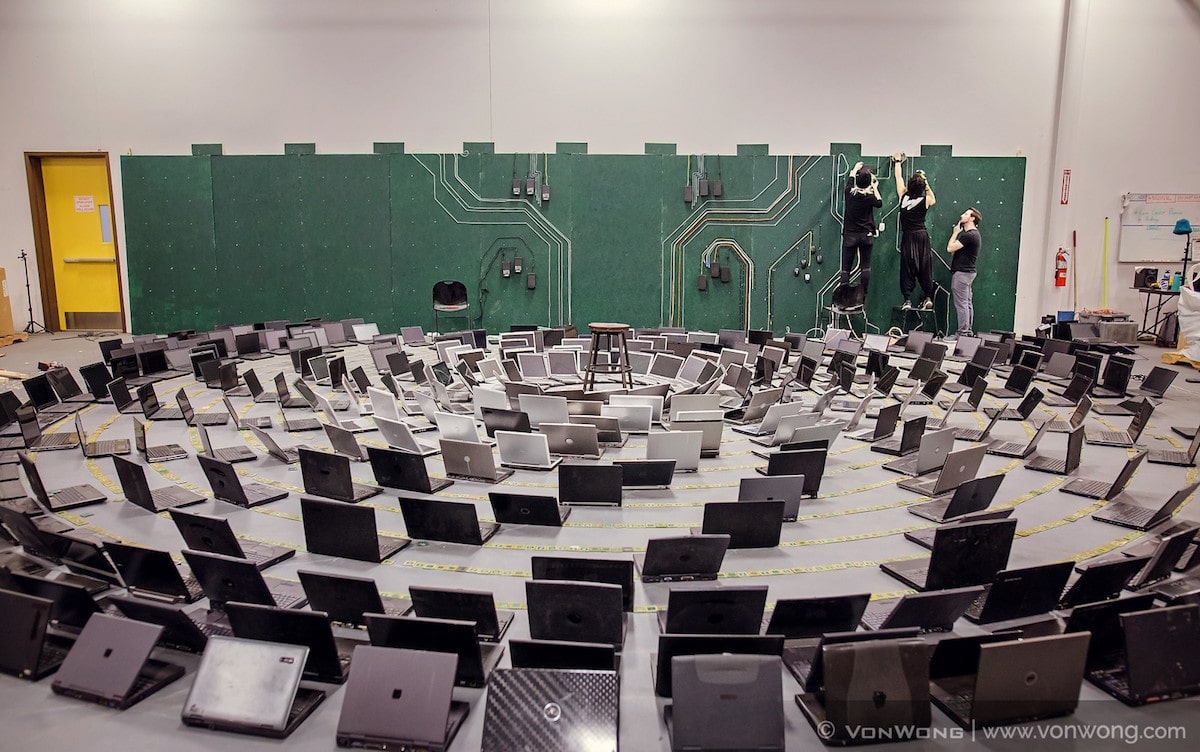 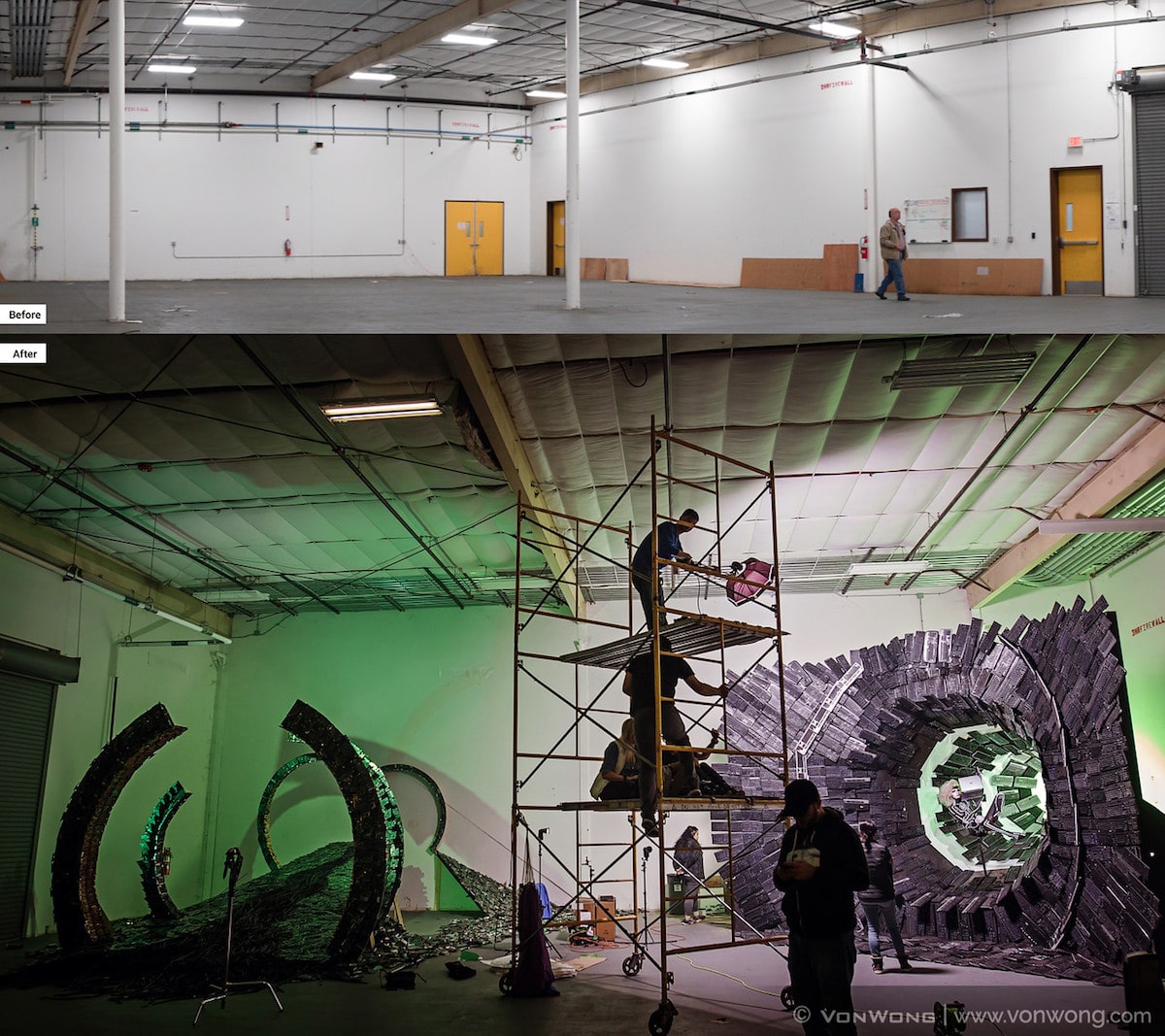 He couldn't have done it without the help of his 50 volunteers!

Learn more about the photo series in the video below:

Vibrant Paintings of Colorful Fish Merged With Their Coral Environments

Amazed by the transformation? Share
Like My Modern Met on Facebook
Get Our Weekly Newsletter
Become a
My Modern Met Member
As a member, you'll join us in our effort to support the arts.
Become a Member
Explore member benefits