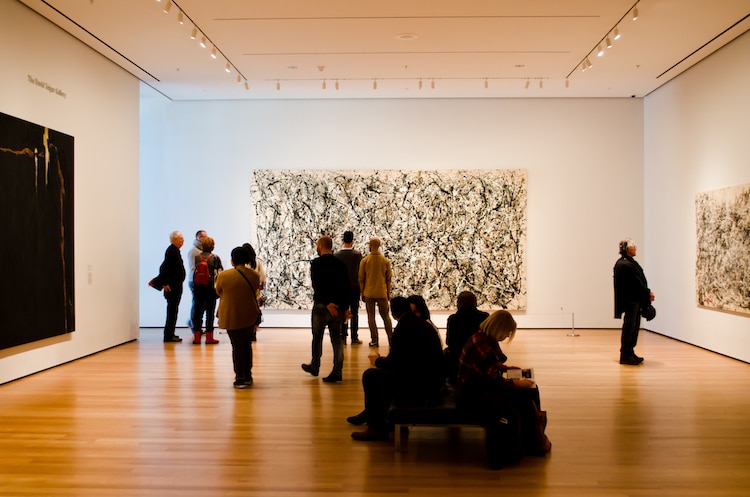 The modern art movement has had a significant impact on the course of art history. Starting with the onset of Impressionism and ending as Pop Art emerged, the period lasted nearly a century, culminating in countless important works—many of which are now housed by modern art museums.

Here, we take a tour of some of these institutions, from a metropolitan space in bustling New York City to a state-of-the-art site in Spain. Though located across the globe, these cultural centers have one thing in common: the desire to keep the avant-garde attitude of the modern art movement alive.

Here are six of the best modern art museum in the world. 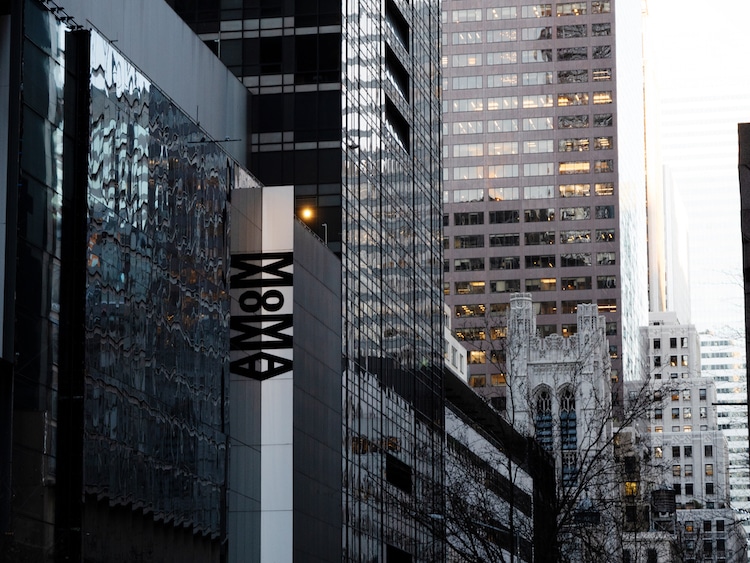 Located in Midtown Manhattan, the Museum of Modern Art, or MoMA, is one of New York City's most celebrated cultural institutions. Intended to “challenge the conservative policies of traditional museums,” the major museum was founded in 1929, when its collection consisted of just eight prints and one drawing.

Since then, it has grown into one of the world's most well-known modern art museums, with holdings currently comprising 200,000 works, from paintings, sculptures, and drawings to photographs, films, and even performance art pieces. On top of this world-class collection, MoMA prides itself on its inclusiveness, as it strives to be a site “where diverse cultural, artistic, social, and political positions are welcome.” 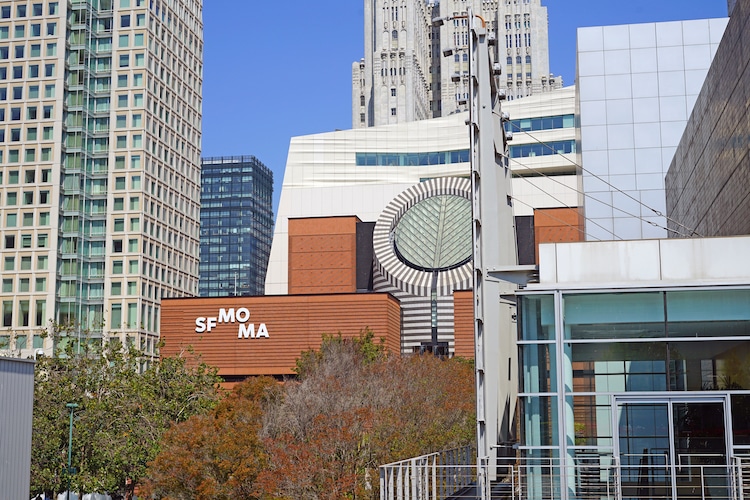 Across the country, another museum of modern art has also played a pivotal role in the proliferation of 19th, 20th, and 21st-century art. In 1935, the San Francisco Museum of Modern Art, or SFMOMA, opened to the public to present its collection of several hundred artworks. Showcasing artists like Frida Kahlo and Diego Rivera, these initial holdings inspired the quality of collecting that the museum holds to this day.

One thing that has changed over the last 84 years, however, is the size of the museum. Since 1935, it has grown substantially—especially in the last few years. Following a major expansion in 2013, the museum's campus now covers 45,000 square feet of gallery, activity, and outdoor space, making it the largest modern art museum in the country. 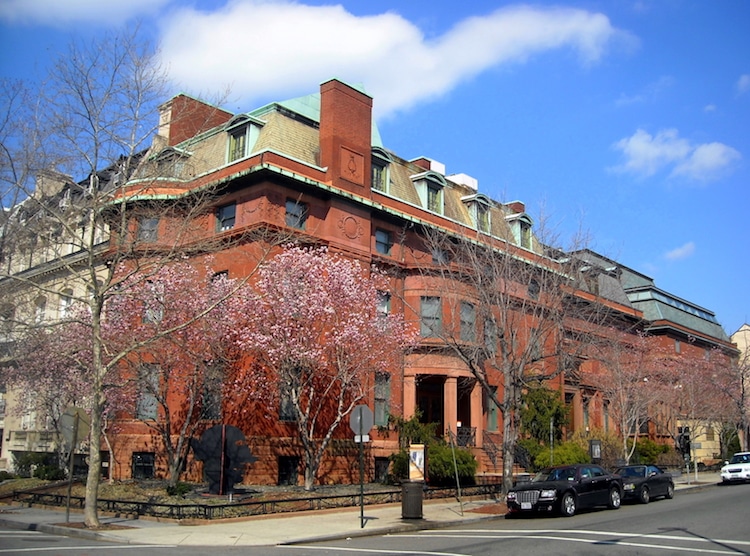 SFMOMA may be the country's largest modern art museum, but it's not the oldest. That honor goes to the Phillips Collection, “America's first museum of modern art.” Founded in 1921 by art collector Duncan Phillips, the Washington DC institution has gradually shifted from special galleries in a family home to a tastefully expanded museum.

Though both the size of the site and the collection itself have increased over the last century, the Phillips Collection has not lost its intimate feel. Artworks—which include both Impressionist masterworks like Luncheon of the Boating Party by Pierre-Auguste Renoir and an increasing number of contemporary pieces—are displayed in both Phillips' former home and a more modern expansion, fulfilling the founder's dream of an”intimate museum combined with an experiment station.” 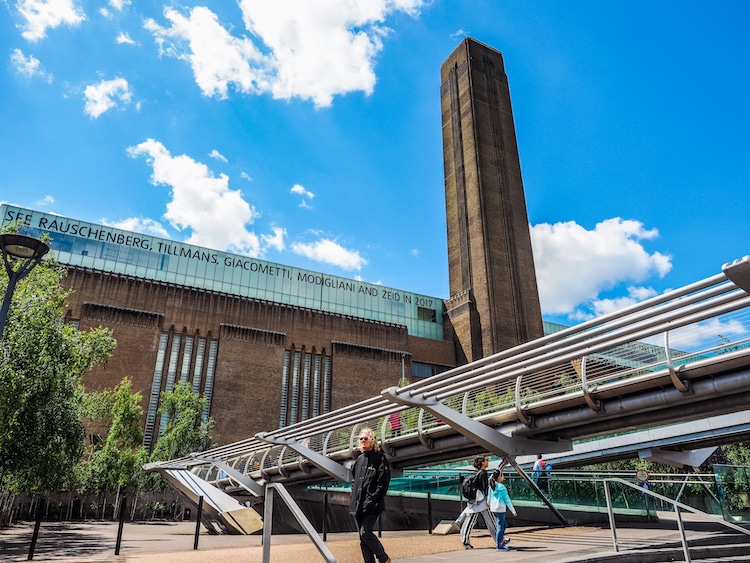 Washington DC isn't the only capital city with a world-class modern art museum. Situated on the banks of the Thames River in London, the Tate Modern serves as the United Kingdom's national gallery of modern art, typified by its ever-growing collection of works from 1900 to the present day.

In addition to its holdings, the museum is known for its architecture; until 2000, the steel-and-brick building that currently houses the museum was an electricity generating station. As they redesigned the space, Herzog & de Meuron architects opted to retain its industrial look, characterized by a towering chimney and large turbine hall. When paired with its artwork, this contemporary design makes the museum stand out from the rest. 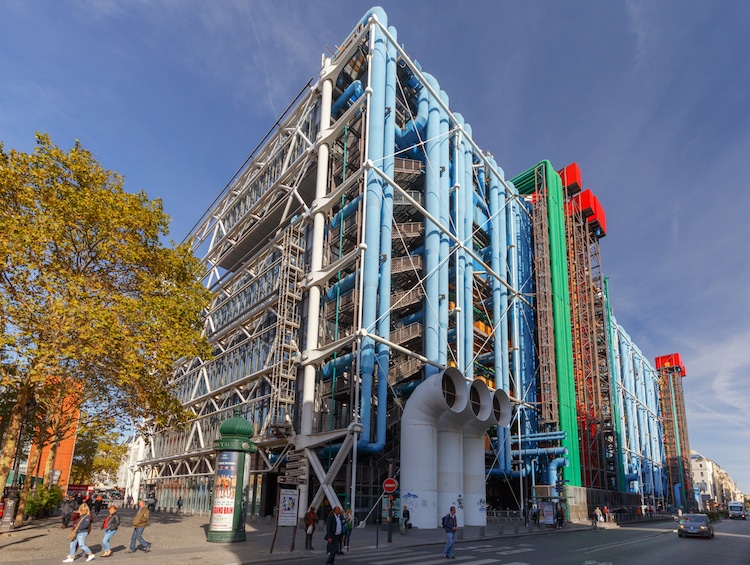 Another modern art museum with avant-garde architecture is the Pompidou Center. Situated in central Paris, this one-of-a-kind building boasts an “exposed” and color-coded façade. Conceived by Renzo Piano, this design gives passersby a glimpse into its inner workings.

Once inside the museum, visitors are a treated to Europe’s largest collection of modern art. In total, the Pompidou's permanent collection features over 100,000 works, from modernist paintings to present-day industrial prospects. This varied collection “retraces the high points in the development of modernity, shedding light on its complexity, genealogies, exchanges and cross-overs, and the go-betweens who helped to write the history of art in the first half of the 20th century.” 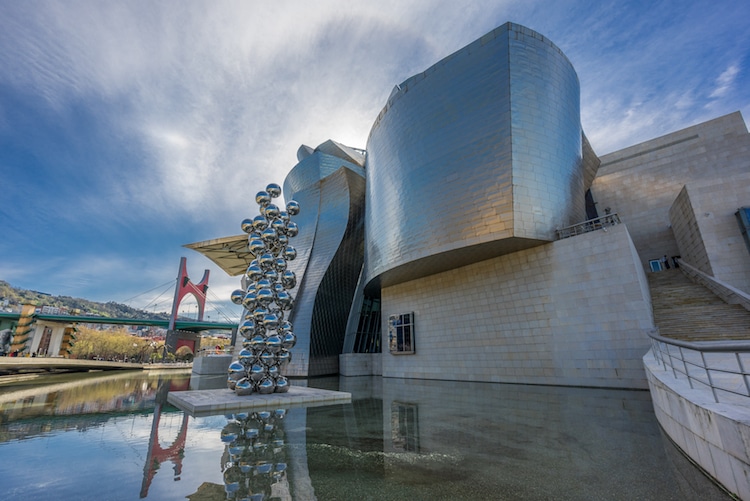 A conversation about iconic modern art museums would not be complete without the Guggenheim Bilbao. Like the Pompidou, this institution is particularly famous for its state-of-the-art design, which reinterprets the local landscape as an undulating, flower-shaped building.

This Frank Gehry-designed glass, stone, and titanium structure features 20 galleries and over 120,000 square feet of space. In addition to displaying pieces from the Guggenheim's permanent collection, this space is used to host temporary exhibitions, which the museum rotates often. By sharing an ever-changing selection of works, the museum fulfills the Guggenheim Foundation's interest in “explor[ing] ideas across cultures through dynamic curatorial and educational initiatives and collaborations.”

What is the Smithsonian? Discover and Explore This National Institution