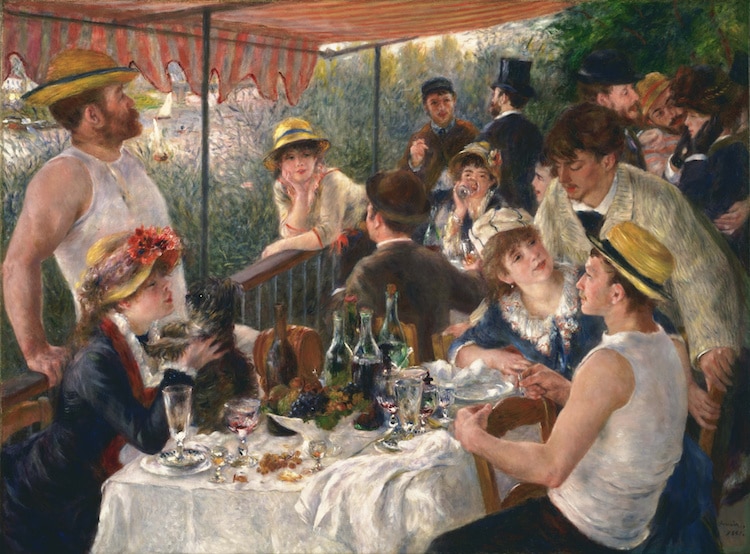 For years, viewers have been captivated by Luncheon of the Boating Party, an Impressionist masterpiece by Pierre-Auguste Renoir. In addition to its refined brushwork and eye-catching color palette, the piece is celebrated for simultaneously showcasing Renoir's three signature subjects: portraiture, still-life depictions, and en plein air settings.

At 51″ x 68″, Luncheon of the Boating Party is one of Renoir's largest paintings. It was painted in 1881 and shown at the Seventh Impressionist Exhibition the following year, where it was overwhelmingly praised by critics. 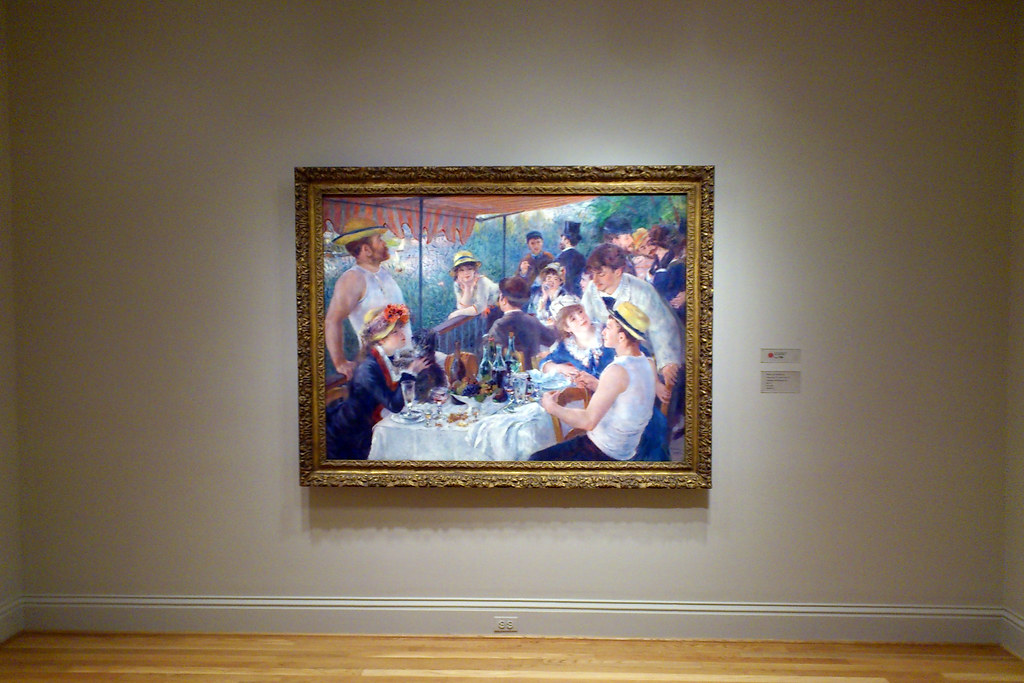 The piece depicts a group of figures having lunch on the sunny balcony of the Maison Fournaise, a restaurant, rowboat rental place, and hotel on the banks of the Îsle de Chatou. Located just outside of Paris, the establishment was a popular destination for people interested in escaping the hustle and bustle of the city. Here, they could sit by the Seine and take in Chatou's scenic views by boat, balcony, or—in many cases—both. 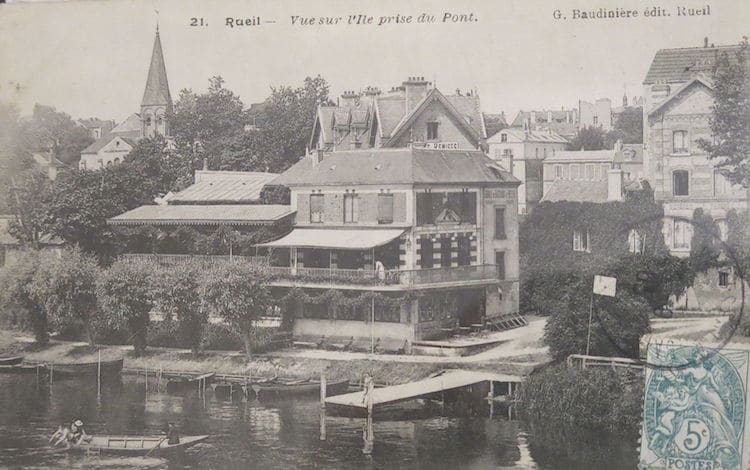 Former boat carpenter Alphonse Fournaise and his wife, a seasoned cook, opened the inn in 1857. On top of its idyllic location and authentic cuisine, Renoir was particularly interested in the site for its people-watching and artistic potential. “You could find me any time at Fournaise's,” he wrote. “There, I was fortunate enough to find as many splendid creatures as I could possibly desire to paint.” 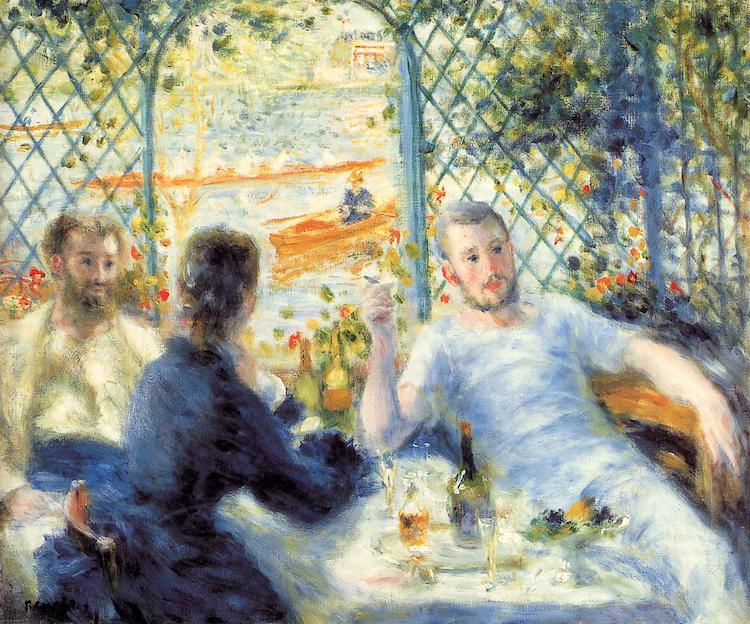 From 1868 through 1884, Renoir regularly visited the Maison Fournaise. Along with fellow French painters (and frequent patrons) like Edgar Degas and Gustave Caillebotte, he inspired Chatou's well-known and widely used nickname: the Îsle des Impressionnistes, or the “Island of Impressionists.” 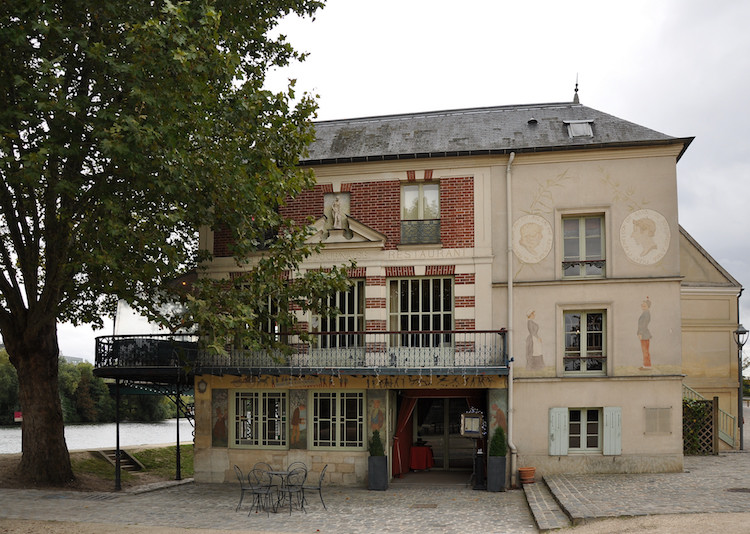 Though it closed in 1906, the restaurant reopened in 1990, adding a museum to its repertoire and continuing to attract connoisseurs of fine dining and art history alike.