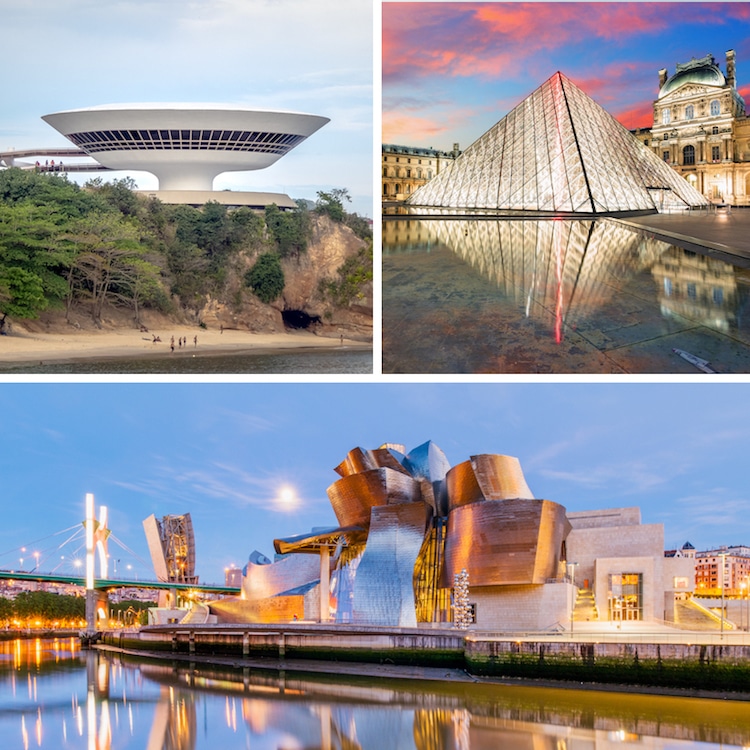 For centuries, the museum has remained one of the most important cultural institutions. On top of preserving and presenting art, artifacts, and other objects, many museums are also known for their educational programs, engaging entertainment, and world-class architecture.

While countless beautifully designed museums exist across the globe, we've selected seven state-of-the-art examples whose architecture is among the most famous in the world.

Explore the amazing architecture of these famous museums around the world. 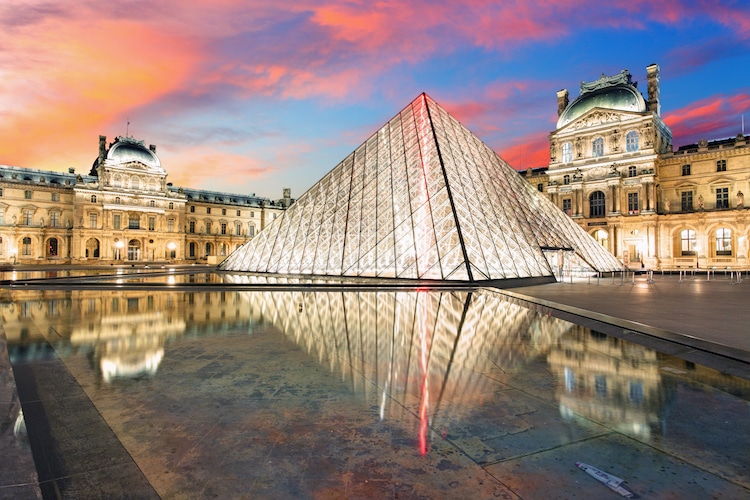 Paris' Louvre Museum is one of the most famous examples of old-meets-new architecture. Its world-class collection of ancient to 19th-century art is housed in a former French Renaissance-style palace whose wings wrap around two large courtyards. Within one of these courtyards is the Louvre Pyramid, a contemporary glass-and-steel structure.

In 1983, President François Mitterrand commissioned Chinese American architect I.M. Pei to design a new entrance to the museum. Pei, whose prior projects included the National Gallery of Art's East Building and John F. Kennedy Library in Massachusetts, proposed a 71-foot pyramid that would bring guests to a luminous underground lobby. His concept was approved and construction was completed in 1989. 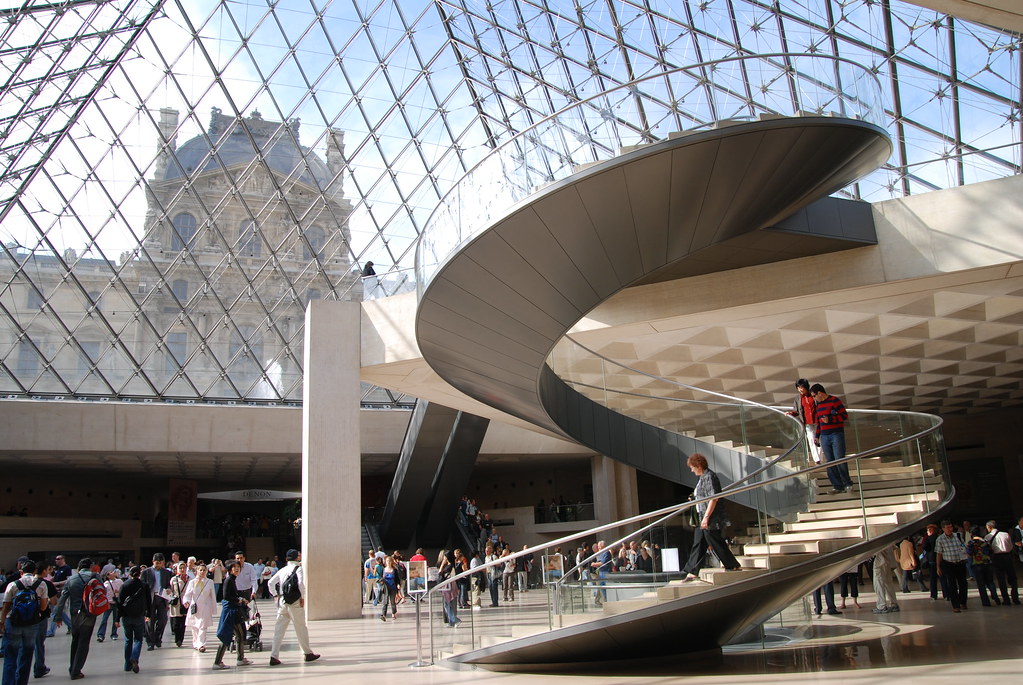 Since then, the Louvre Pyramid has become a universally understood symbol of the popular museum. 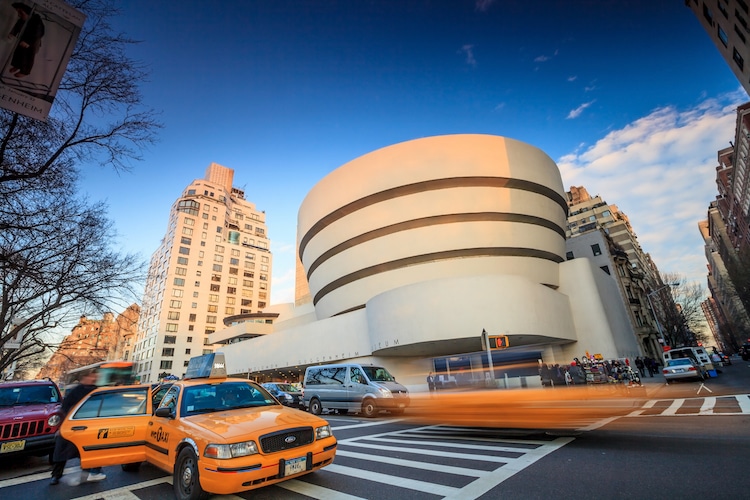 The Guggenheim (Photo: f11photo via Shutterstock)

On top of its jaw-dropping collection of modern and contemporary art, The Solomon R. Guggenheim Museum in New York City's Upper East Side is famous for its Frank Lloyd Wright-designed building.

Like other Wright creations, the Guggenheim showcases the architect's interest in organic shapes and forms. Unlike the sharp rectangles of the buildings that surround it, the museum features a round silhouette separated into tiers. This aesthetic is echoed by the building's open-plan atrium, which is framed by a spiraling, shell-inspired ramp and topped with a spider web-like skylight. 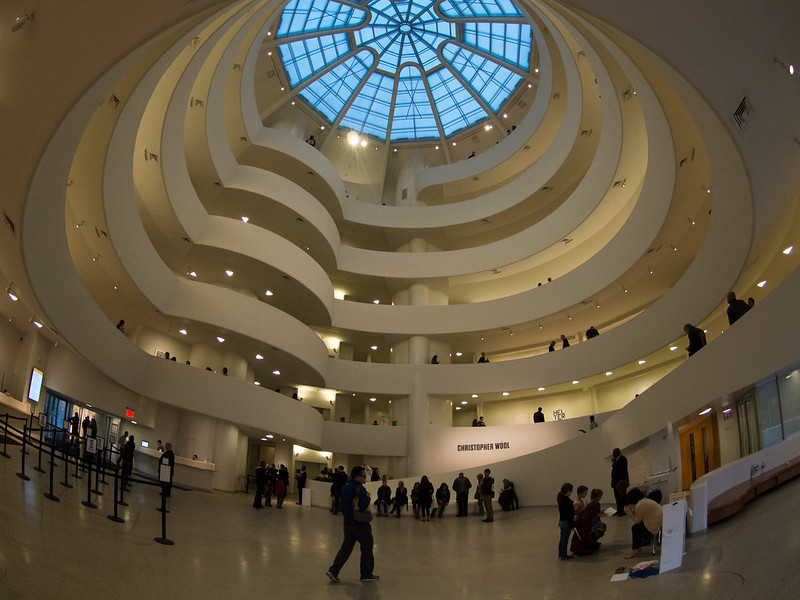 Inside the Guggenheim's atrium

Wright was approached with the project in 1943. Fifteen years and 200 sketches later, the museum finally opened to the public—and it has dazzled ever since. 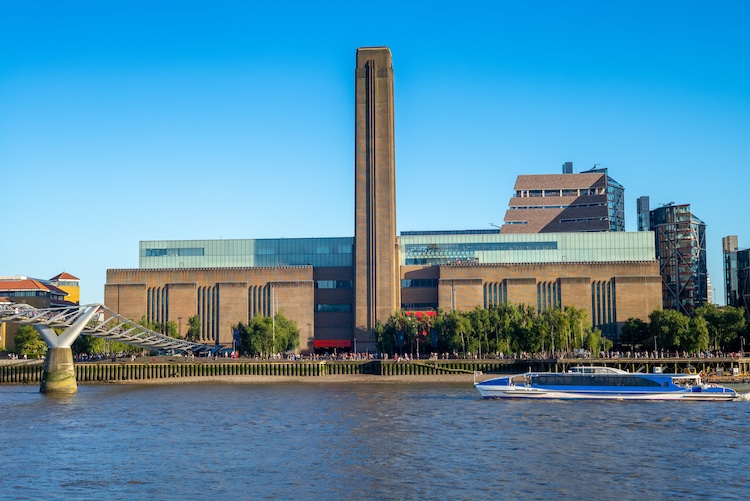 Unlike the Guggenheim and the Louvre Pyramid, London's Tate Modern museum was not built from scratch. In fact, the steel-and-brick building that exhibits this world-class art collection was an electricity generating station until 2000.

The Bankside Power Station was built in the middle of the 20th century on the south bank of the River Thames. After closing in 1981, it risked demolition. However, in 1994, the Tate Gallery announced it would house its artworks, with Herzog & de Meuron architects leading its renovation.

Following its transition, the building retained much of the original architecture, including its iconic central chimney and large turbine hall. However, in 2016, an 11-story Herzog & de Meuron-designed tower called the Blavatnik Building was added to the existing site. 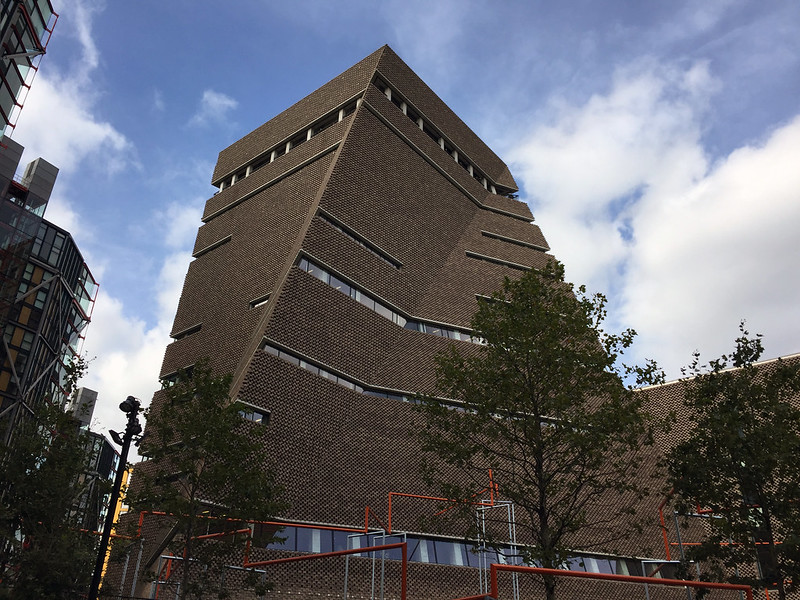 Next: 3 More Museums with Iconic Architecture