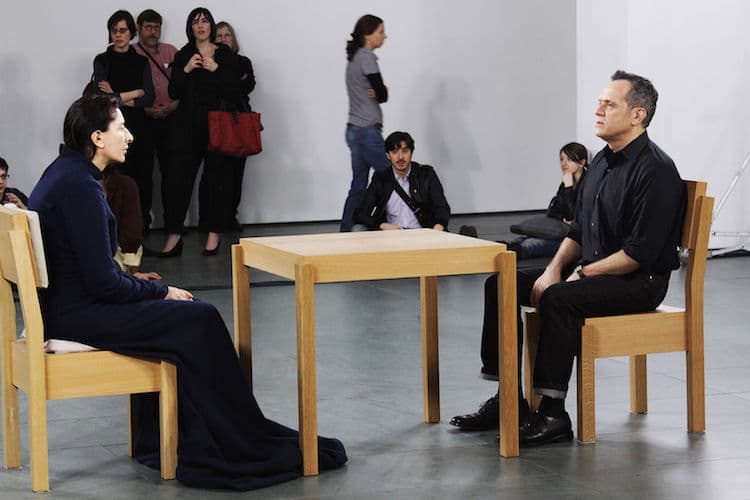 Marina Abramovic performing “Artist is Present” at the MoMA in May 2010. Photo: Shelby Lessig (Own work) [CC BY-SA 3.0 or GFDL], via Wikimedia Commons

Today, many avant-garde artists are celebrated for their one-of-a-kind, experimental approach to an age-old craft. From subconscious-driven surrealists to socially-conscious street artists, modern and contemporary art has seen no shortage of innovative and inventive creatives. One movement that is renowned for its particularly unique and highly conceptual content is performance art, a genre that emerged in the 1960s and remains popular today.

What is Performance Art?

Executed before an audience, a piece of performance art is characterized by an artist's creative use of both his or her body and the surrounding space. Unlike traditional theatre, dance, and other similar disciplines, performance art does not typically follow a scripted narrative, feature a set of characters, or exist solely as entertainment. Instead, performance art prompts viewers to question conventional ideas about art through audience interaction and a conceptual approach to performed drama.

Today, most art historians mark the 1960s as the start of performance art. However, the movement's roots can be traced back decades earlier. Inspired by the Dadaists' and Surrealists' tendency to challenge convention and the Cubists' deconstructed approach to subject matter, many performance artists looked to works produced in the 1910s and 1920s by figures like Marcel Duchamp, Salvador Dalí, and Pablo Picasso.

Additionally, performance artists also found inspiration in the action and spontaneity of the Abstract Expressionists, who—according to noted art critic Harold Rosenberg—viewed the canvas as “another arena in which to act.” Performance artists applied this approach to their own work, placing an emphasis on artistic process and perceiving the movements of the human body as a celebrated form of art.

Given the inherently arbitrary nature of performance art, it is difficult to distinguish any clear-cut sub-movements throughout its chronology. However, there are 2 particularly well-known and formally recognized genres that help define it: happenings and Fluxus.

Happenings emerged in the 1950s. While these performances blurred the line between several genres of art—including music, painting, poetry, and dance—they were most strongly tied to theatre. They featured elements of improvisation and audience interaction, as the artists hoped to create an entirely new experience with each performance. “I always believed that my work should be unfinished in the sense that I encourage people to add their creativity to it, either conceptually or physically,” Yoko Ono, a prominent pioneer of the movement, explained.

Like happenings, Fluxus performances combined several aspects of various art forms. However, while happenings were more theatre-inspired, Fluxus artists focused on minimal music in order to produce experimental “enactments.” This emphasis on sound was primarily inspired by John Cage, who boldly believed that “everything we do is music.”

In order to understand the importance of performance art within an art historical context, one should become familiar with the people who pioneered it. 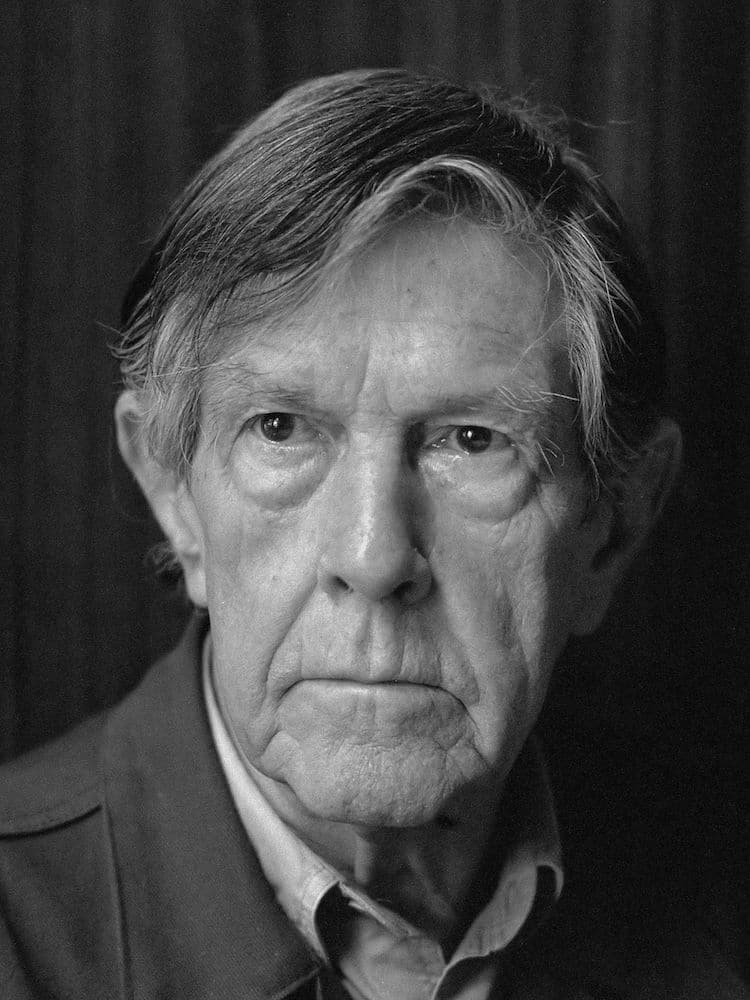 John Cage was an innovative composer, artist, and precursor of performance art. He is known for his minimal musical compositions, which ranged in both style and sound. Some pieces, like Water Walk, employed unexpected objects as music makers, while others, like his most famous work, 4′33″ featured traditional instruments with a twist.

Composed in 1952, 4′33″ is a three-movement piece that prompts performers to simply sit in silence. As the musicians merely hold their instruments, the audience is invited to observe the ambient noise that surrounds them, which Cage viewed as music in and of itself. “If something is boring after two minutes try it for four,” he famously expressed in 1944. “If it is still boring, try it for eight, sixteen, thirty-two, and so on. Eventually one discovers that it’s not boring at all but very interesting.” 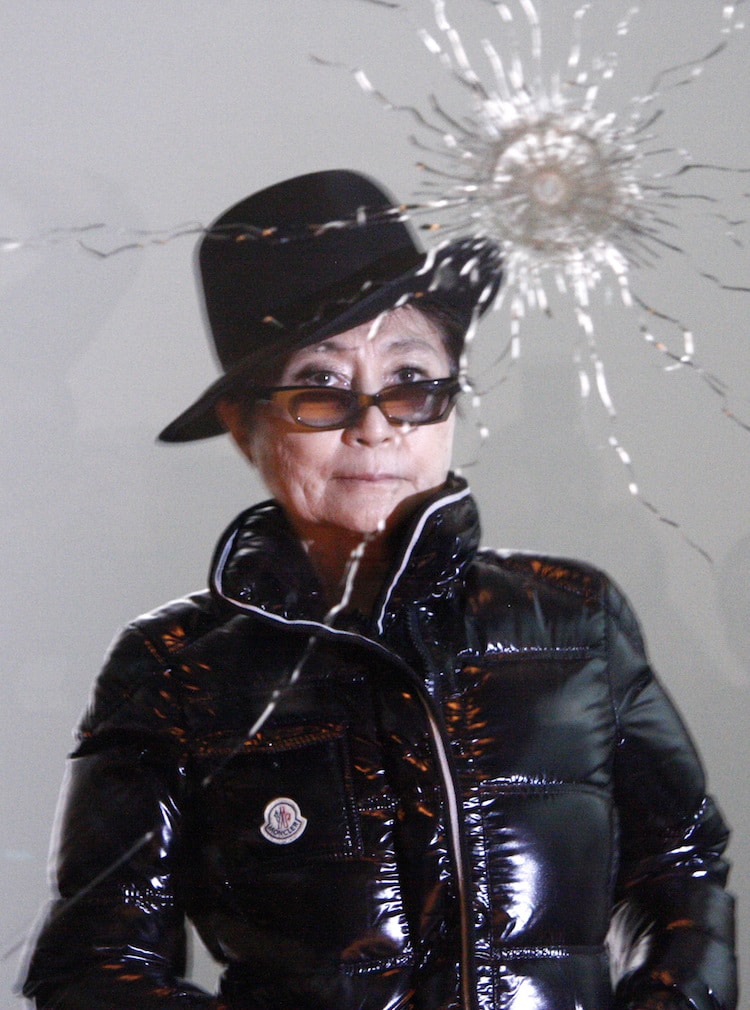 Yoko Ono is an artist whose work spans multiple disciplines and mediums. She was heavily involved with both happenings and the Fluxus movement in the 1960s, with Cut Piece (1964) being her most well-known work.

Like all of her performance art, Cut Piece is deeply conceptual, highly experimental, and grounded in activism. Considered a happening, Cut Piece was first performed on July 20, 1964 at Yamaichi Concert Hall in Kyoto. The performance featured Ono as she knelt on a stage dressed in a suit. In front of her rested a pair of scissors, which she invited the audience to use on her clothing.

While it has inspired several different interpretations, many claim that Cut Piece addresses issues of feminism, cultural identity, and the nature of human relationships. As Helena Reckitt and Peggy Phelan explain in Art and Feminism: “Challenging the neutrality of the relationship between viewer and art object, Ono presented a situation in which the viewer was implicated in the potentially aggressive act of unveiling the female body, which served historically as one such ‘neutral’ and anonymous subject for art.”