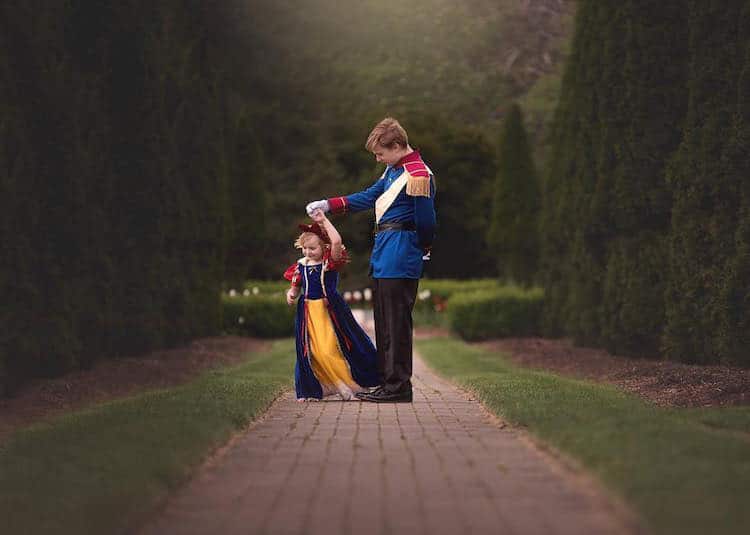 As a professional children's photographer, Christina Angel is used to capturing kids' cute moments. Even with this ample experience, however, nothing is quite as precious as photographing her own children—especially when it's her teenage son's idea.

After spying a Prince Charming costume online, Angel's 13-year-old son, Anthony, was inspired to surprise his little sister, Anabel, with a Disney photo shoot. Naturally, Angel was thrilled with his request. Like many 5-year-olds, Anabel loves all things Disney, and Angel was certain she'd enjoy the sweet session. In addition to her young daughter's happiness, however, Angel was optimistic that this shoot would benefit Anthony as well. At the tender age of 13, Anthony suffers from depression. Thus, given his current state, his mother was over the moon that he came up with the fun idea. “When you have a child who battles with themselves day after day,” Angel tells DIY Photography, “there is nothing you wouldn’t pay to see them smile.”

To prepare for the little sister and big brother Disney photo shoot, Angel bought Anabel a Snow White costume to match Anthony's recently purchased Prince Charming ensemble. Once he was all dressed, he surprised his overjoyed sister with the gown and matching accessories. They then walked to a local garden, where the Disney-themed duo posed for the magical shots. “She loved absolutely every second of her photo shoot with her ‘favorite boy in the world,'” Angel explains. “I don't have to tell you all that. I'm sure you can see it on her face in every photo.”

Angel is elated that the photos turned out so beautifully. As a mom to 7, she feels fortunate that her children—especially Anthony and Anabel, who have a significant age gap—have grown so close. “Watching their bond as [Anabel] grows melts my heart every day,” she beams. “I am so proud to be their mom, and beyond happy that I'm handy enough with a camera to keep these memories forever.”

In a sweet Disney photo shoot, children's photographer Christina Angel captures the bond between her son and daughter. 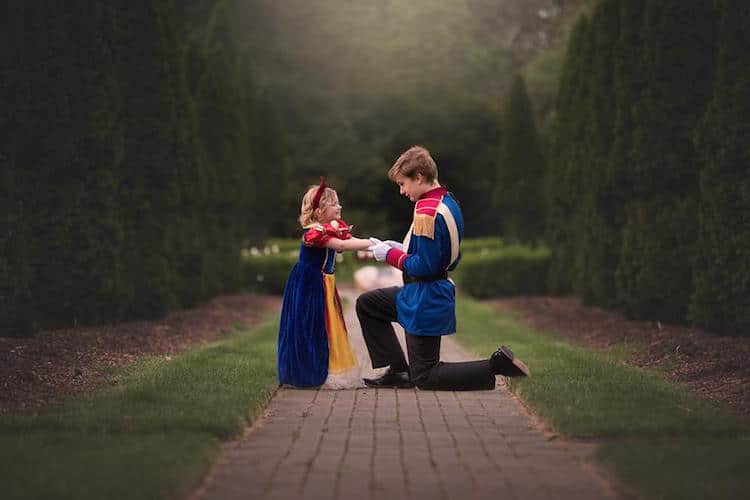 Surprisingly, the little sister and big brother photo shoot was her son's idea. 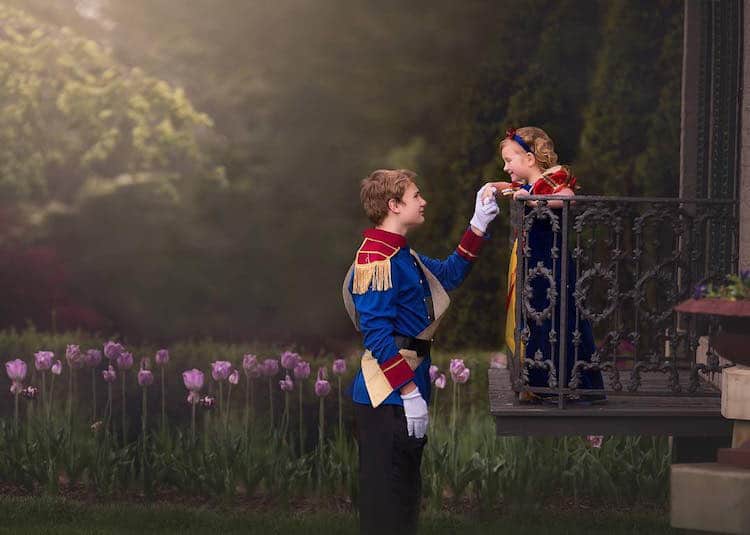 He thought it would be the perfect surprise for his Disney-loving little sister. 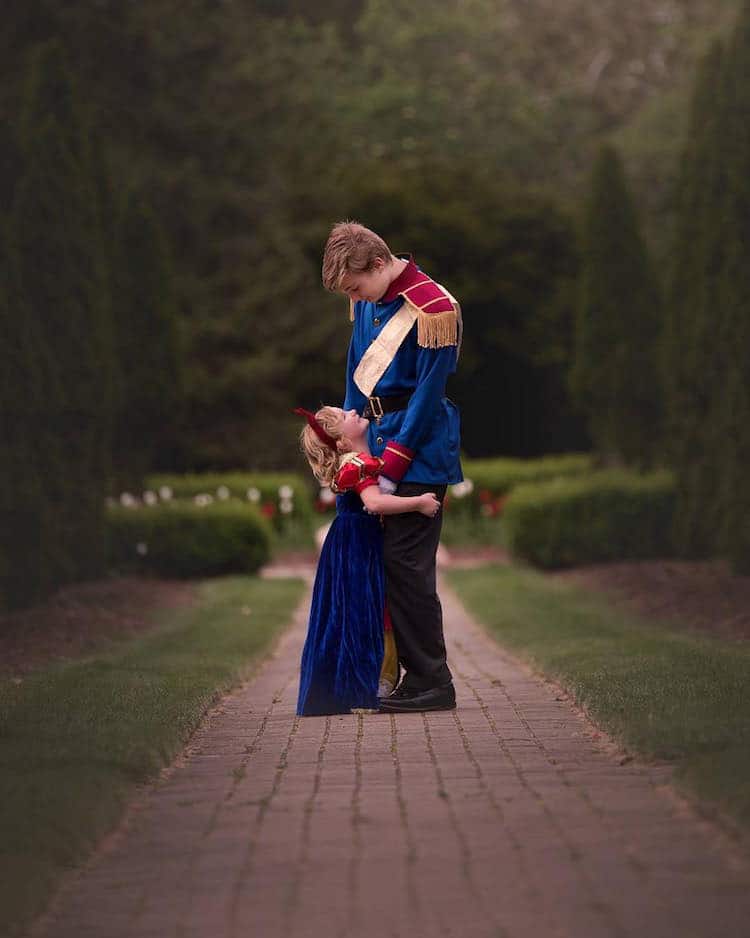 As evident in the photos, however, it's clear that they both enjoyed the magical session! 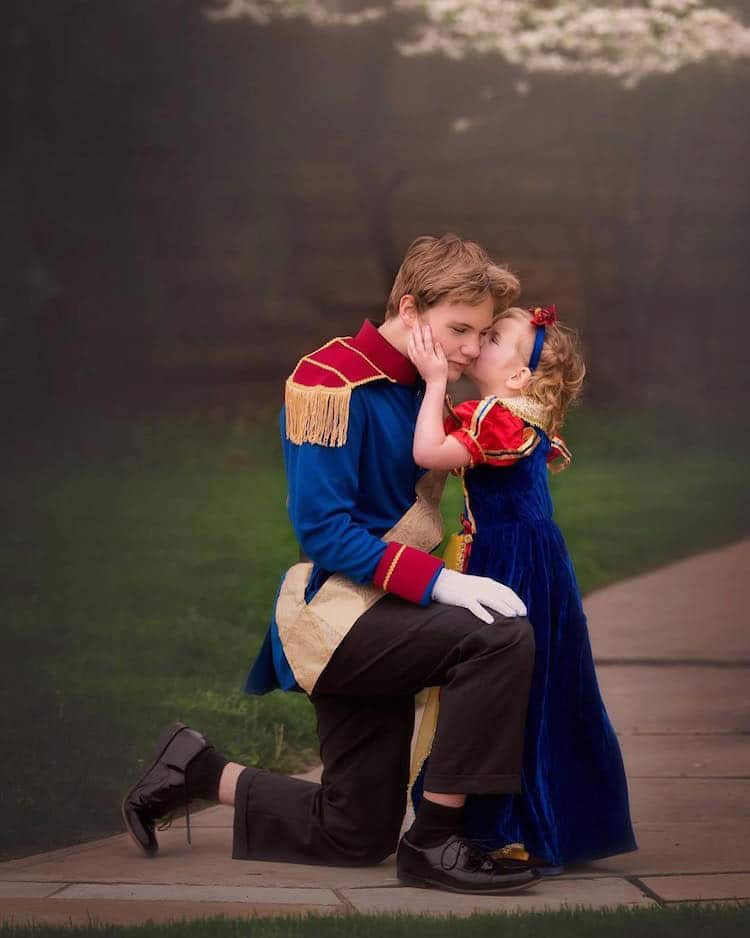 My Modern Met granted permission to use photos by Christina Angel.

Love this dreamy Disney photo shoot? Share
Like My Modern Met on Facebook
Get Our Weekly Newsletter
Become a
My Modern Met Member
As a member, you'll join us in our effort to support the arts.
Become a Member
Explore member benefits