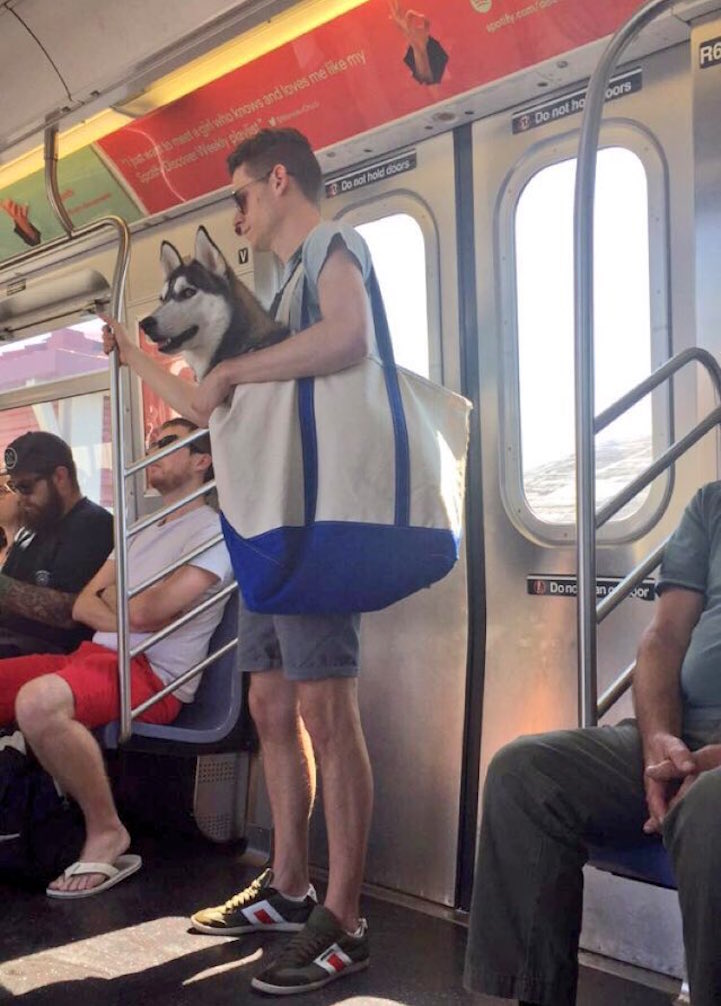 Dogs are welcome to ride the New York City subway, with one caveat—they must be put in some sort of bag or carrier. While this is an easy feat for smaller pups, bigger canines have an obvious size disadvantage. The rules, however, do not stipulate weight restrictions, and large-breed owners have found a clever loophole to make it work for them: put the big dogs in big bags.

One shining example of this work-around came from CBS news producer Alex Romano. He recently tweeted a picture of a man who nonchalantly carried his husky—a large dog, even as a puppy—in a tote bag as if it’s a totally normal thing. “Only in New York,” he wrote, “a person would put a huge dog in a bag on the subway.”

We can’t help but smile at the amusing sight of this happy husky going for a ride. And we can’t blame his human, either—the summertime temperatures are brutally hot, so anything that’s a speedier path to air conditioning is a welcome compromise.

This commuter isn't the first to use this ingenious loophole. Perhaps he got the idea from these people: 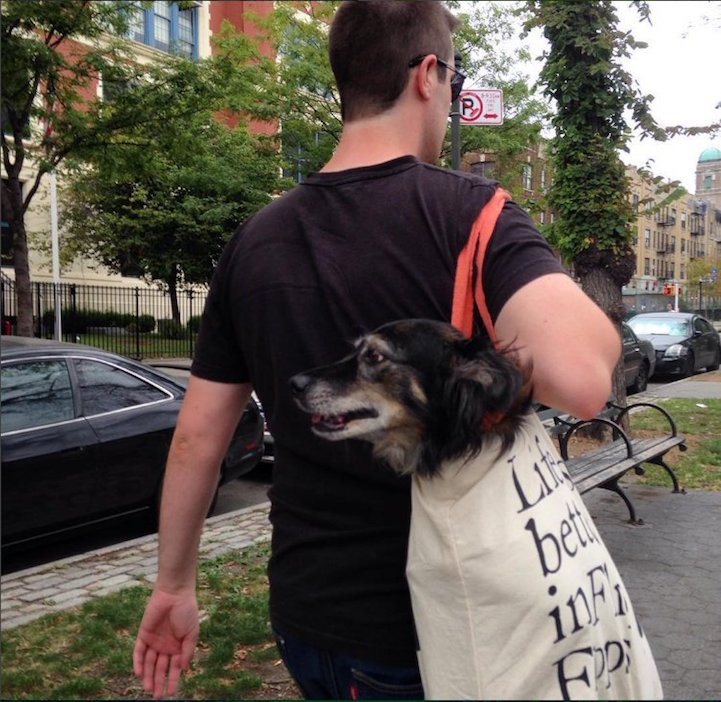 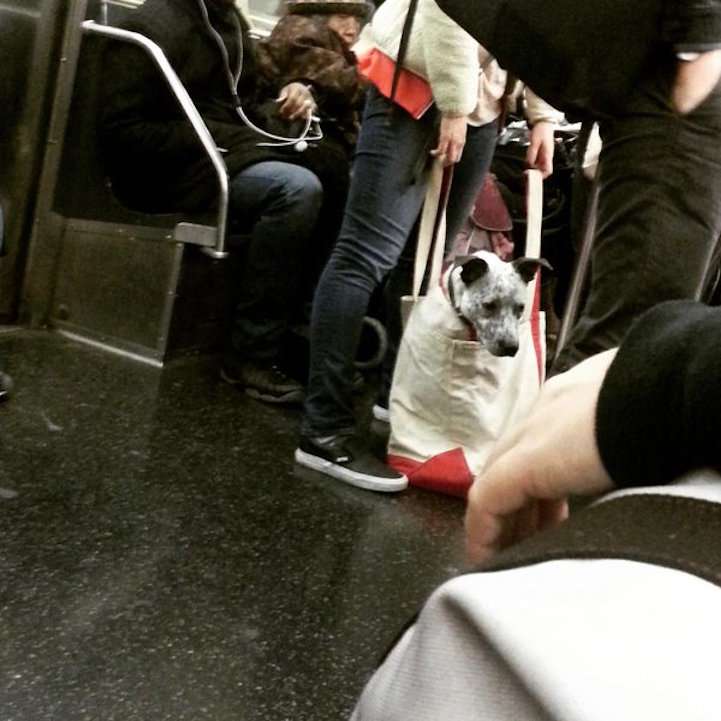 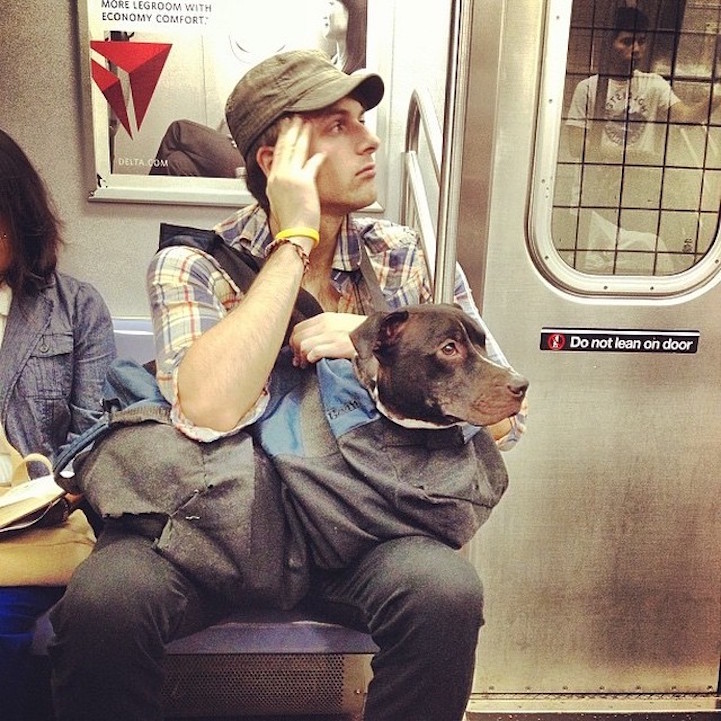 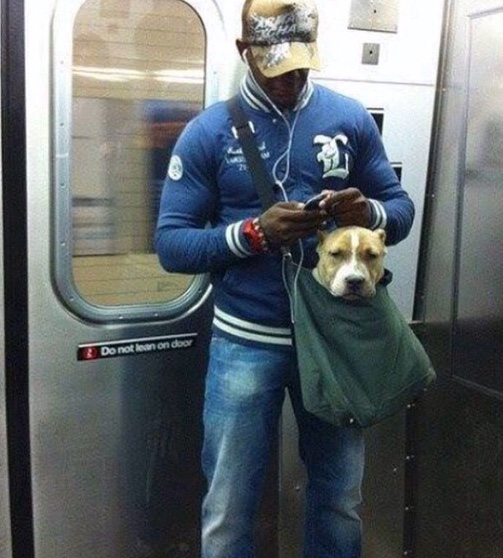