His recent photographs of the California wildfires show the heroic efforts of firefighters and law enforcement. 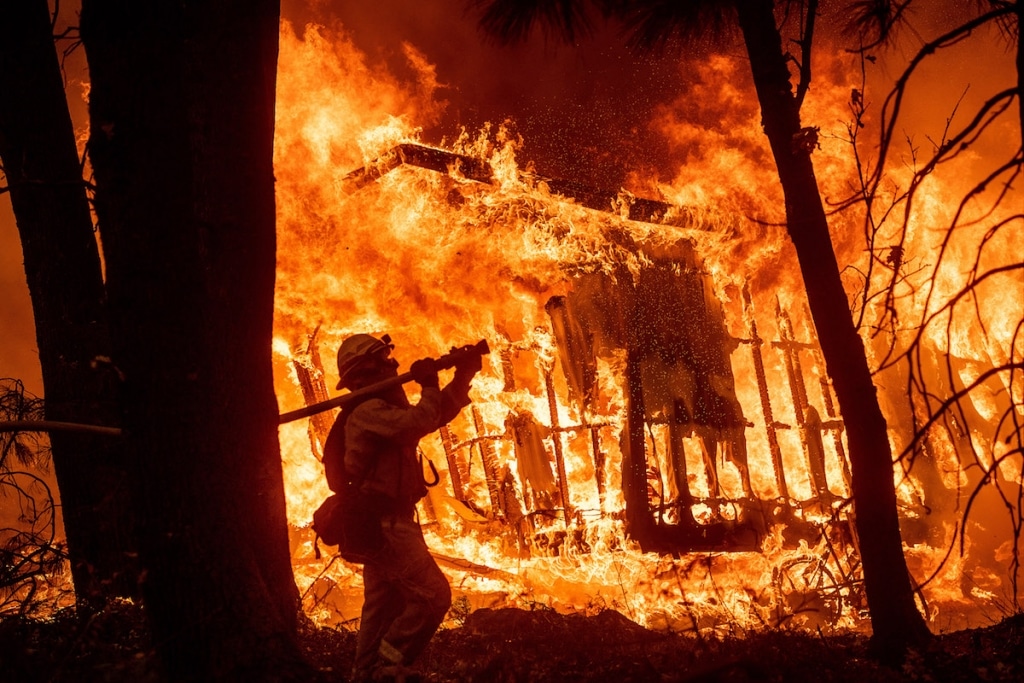 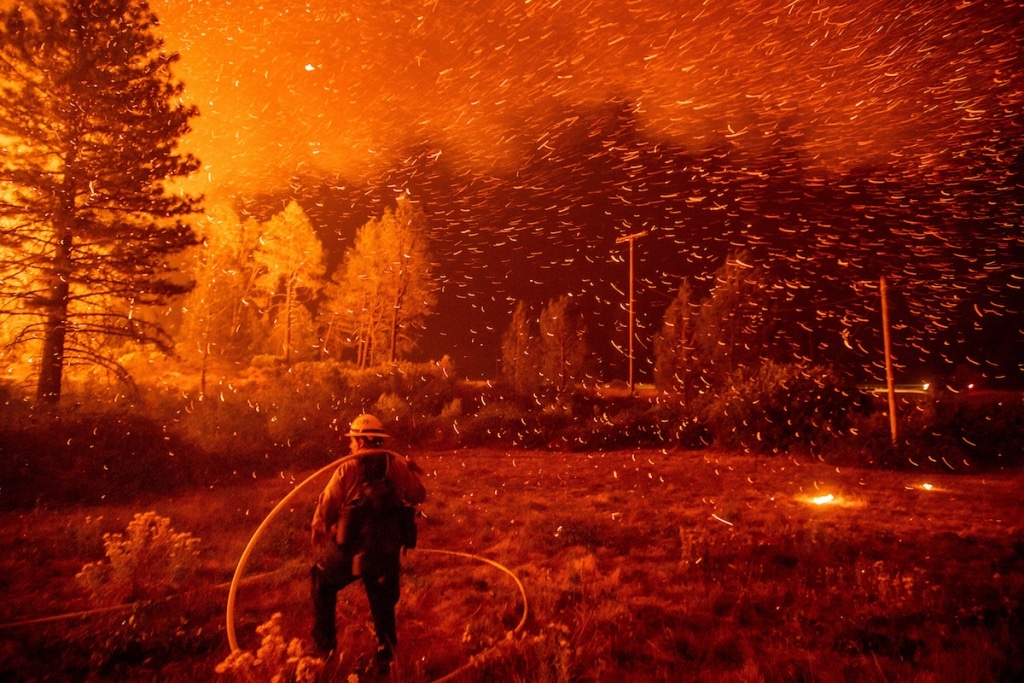 Embers fly above a firefighter as he works to control a backfire as the Delta Fire burns in the Shasta-Trinity National Forest, Calif., on Thursday, Sept. 6, 2018. (Photo: AP Photo/Noah Berger) 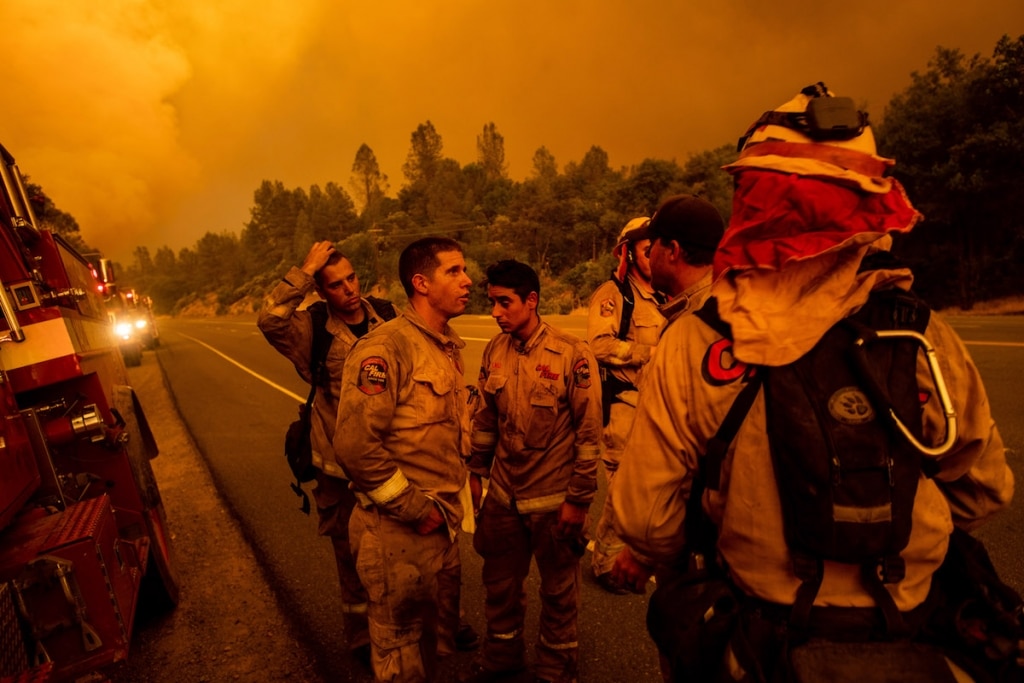 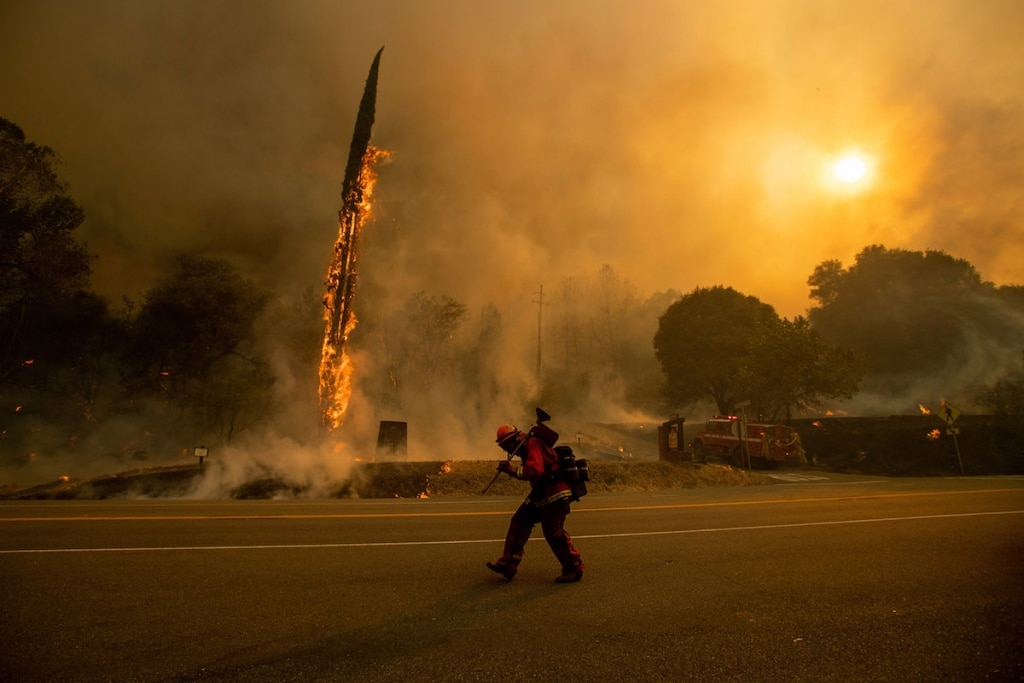 An inmate firefighter walks along Highway 299 as the Carr fire tears through Shasta, Calif., on Thursday, July 26, 2018. Fueled by high temperatures, wind and low humidity, the blaze destroyed multiple homes and at least one historic building. (Photo: AP Photo/Noah Berger) 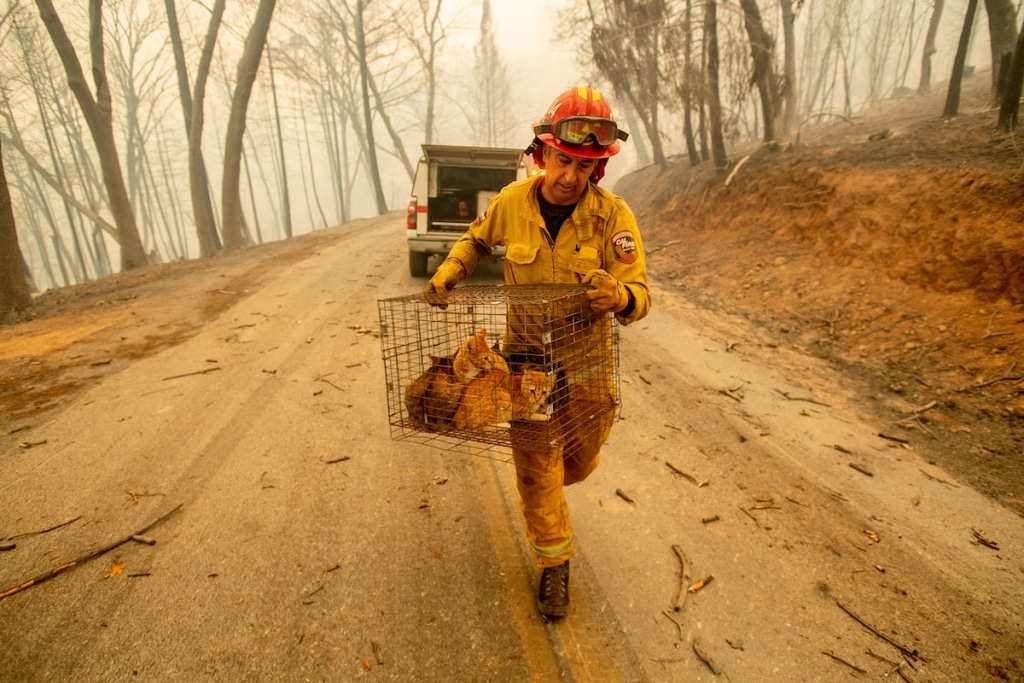 Capt. Steve Millosovich carries a cage of cats while battling the Camp Fire in Big Bend, Calif., on Friday, Nov. 9, 2018. Millosovich said the cage fell from the bed of a pick-up truck as evacuee drove to safety. (Photo: AP Photo/Noah Berger) 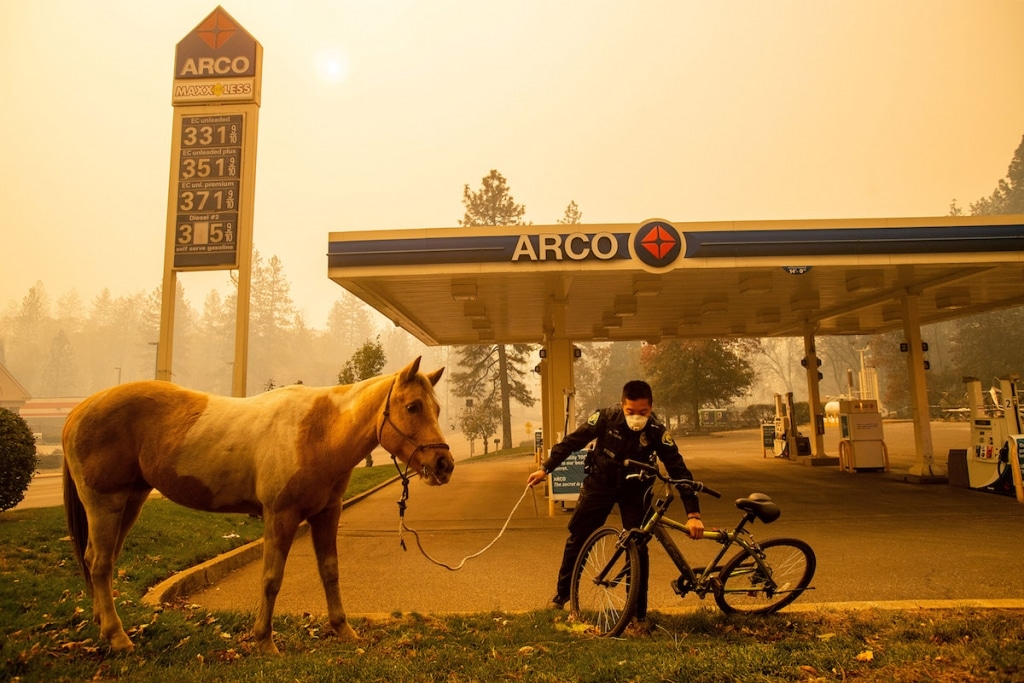 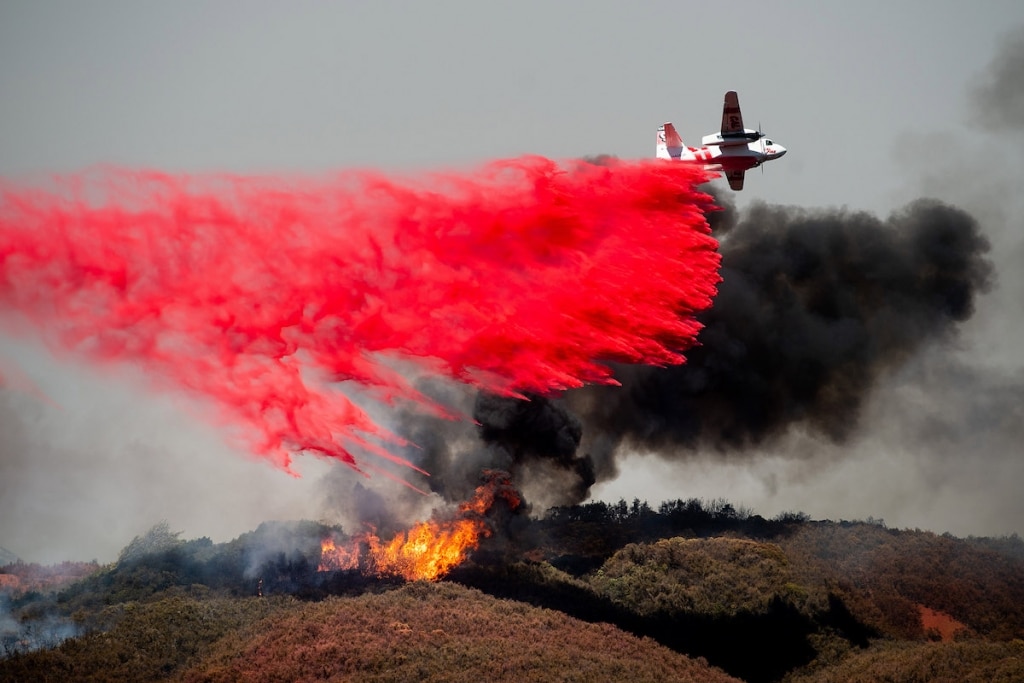 Berger's images also highlight the devastating impact of these disasters on entire communities. 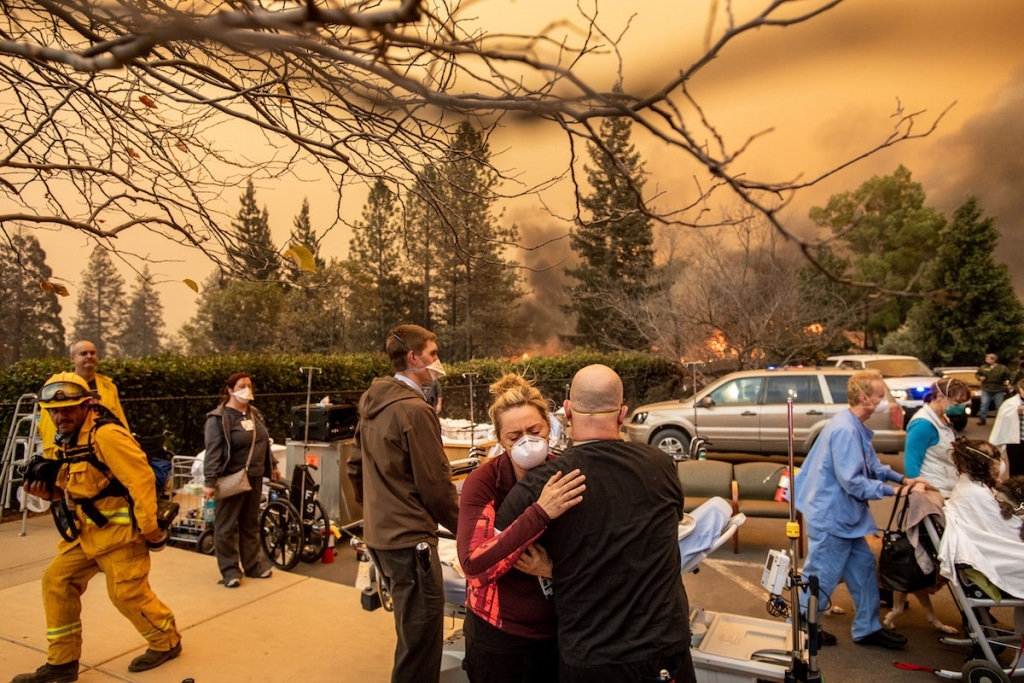 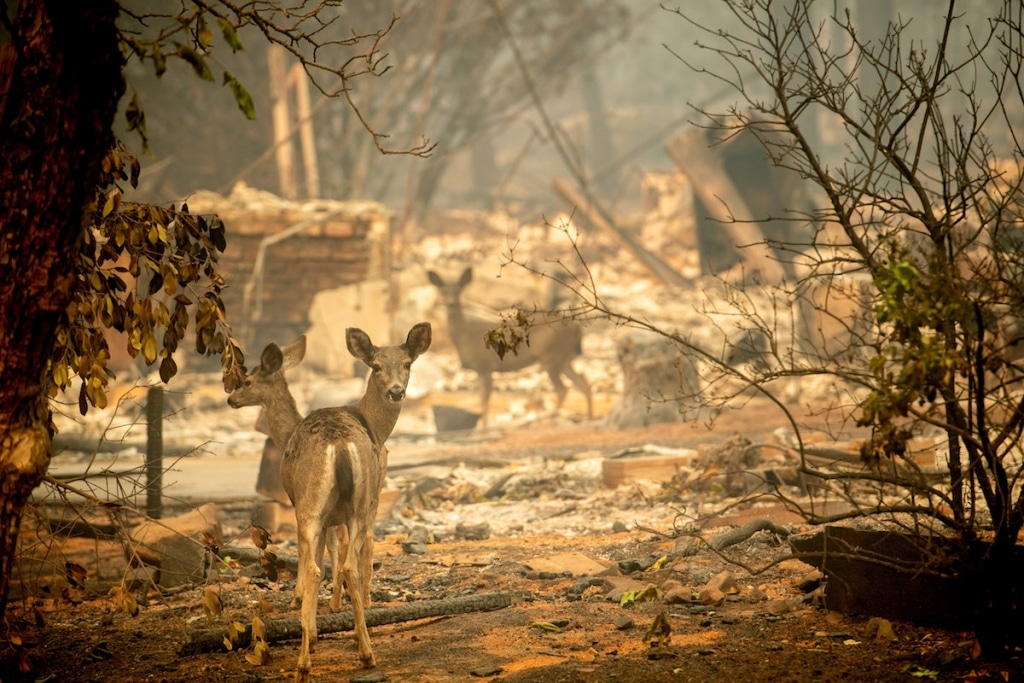 A deer walks past a destroyed home on Orrin Lane after the Camp Fire burned through Paradise, Calif., on Saturday, Nov. 10, 2018. (Photo: AP Photo/Noah Berger) 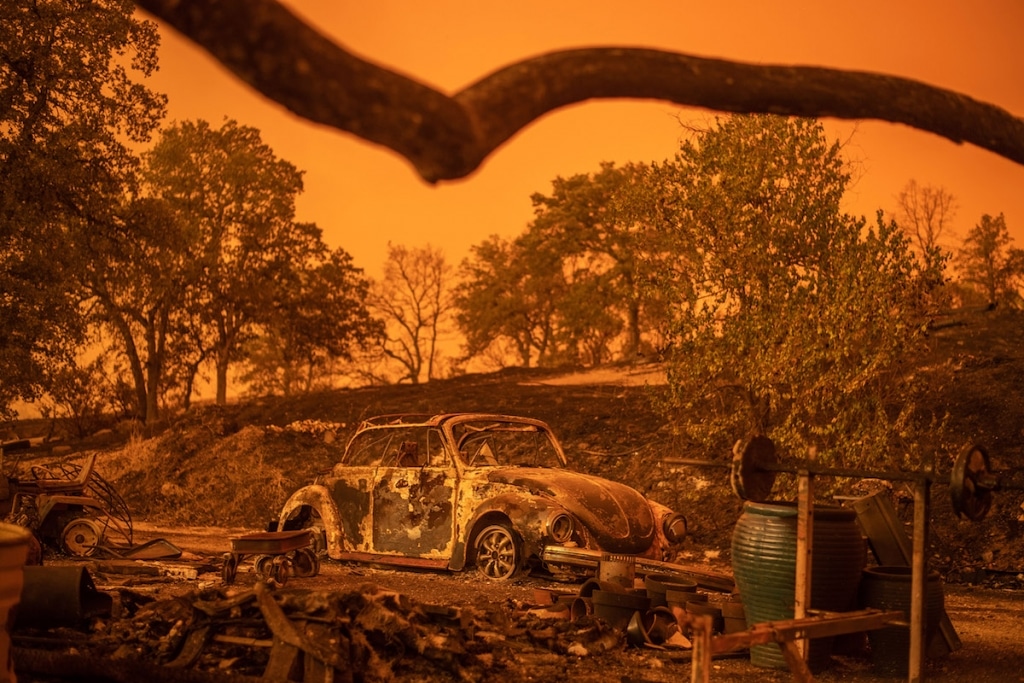 A VW Beetle scorched by the Carr Fire rest at a residence in Redding, Calif., on Friday, July 27, 2018. (Photo: AP Photo/Noah Berger)

My Modern Met granted permission to use photos by Noah Berger.

2/2
Moved by these images? Share
Like My Modern Met on Facebook
Get Our Weekly Newsletter
Become a
My Modern Met Member
As a member, you'll join us in our effort to support the arts.
Become a Member
Explore member benefits