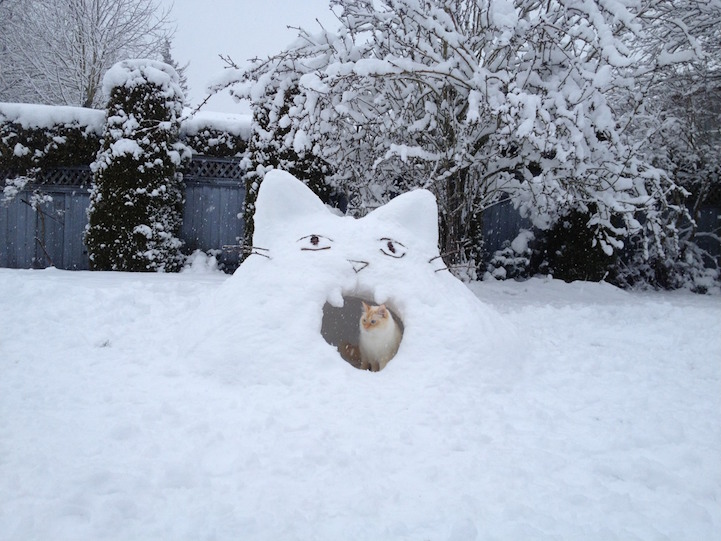 This past February, a Tumblr user with the moniker Charmeleon created a unique gift for her beloved cat named Tamaki. You'd imagine that this would take the form of a toy, but you'd be mistaken. Instead, Charmeleon fashioned a home for the outdoor-loving cat in the midst of her snowy yard. The feline-sized igloo is large enough for Tamaki and was even created in his likeness.

Charmeleon constructed a snow creature that emerges from the ground into a marvelous cat-shaped head. She included large ears as well as sticks for the whiskers, eyes, and nose. Tamaki's entrance into his winter hideout is through the “mouth” of the chilly face. But to make it more comfortable for him, Charmeleon added a fabric floor.

So, what does Tamaki think of his special present? “I think he likes it as much as I do,” she writes on her Tumblr. Pointing out the efforts that we make for the ones we love, she also mentions, “I spent like an hour on this and I'm so tired now.” 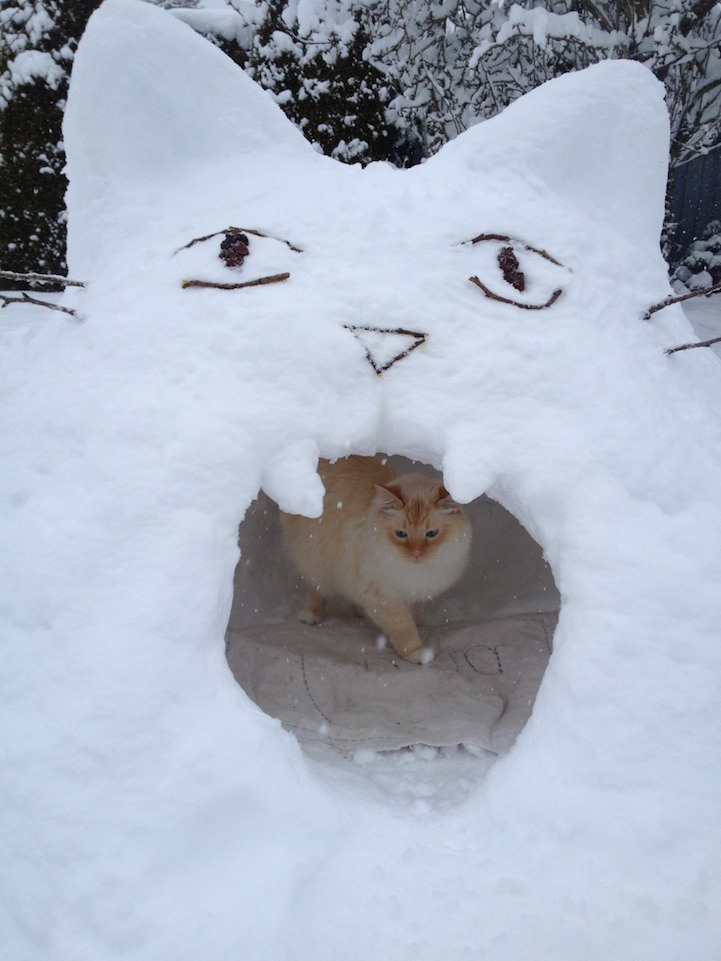