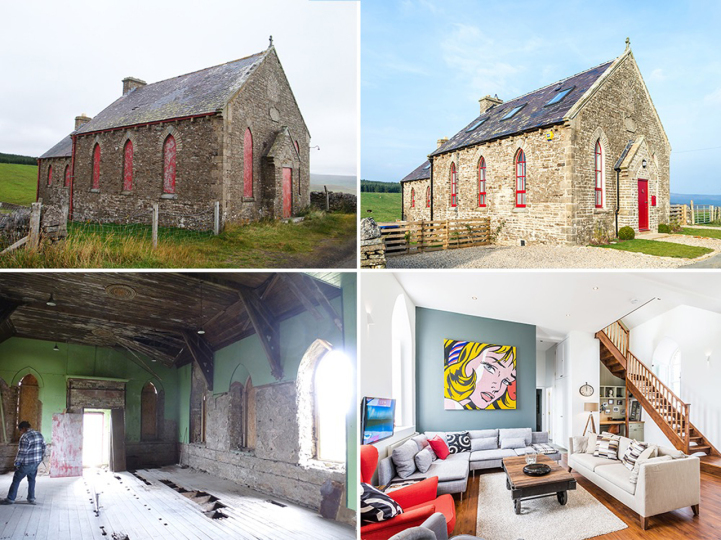 Located in Forest-in-Teesdale, England is a rustic chapel that's been converted from a Methodist sanctuary into a charming modern home. This transformation was completed by Evolution Design, and they restored the once-vacant space from many years of disrepair. Now, it's a vibrant holiday cottage called Chapel on the Hill, and it welcomes up to seven guests at a time who want to appreciate the gently rolling countryside and its timeless architecture.

Though the country house looks great now, remodeling the chapel was no easy feat. The first step was repairing the damaged roof and boarding the windows and doors to prevent any further water erosion. Afterwards, the design process began. The plan called for three guest bedrooms, a bathroom, kitchen/dining area, and a living room. To ensure that the space would feel open and airy, a mezzanine level was added for the bedrooms. The ground floor was designed to contain everything else, in addition to a fourth bedroom.

Although the chapel changed significantly in its use, the designers kept the building's original elegance intact. The Gothic-style architecture, with its original roof trusses and arched windows, remained the same. Custom panes and shutters were also installed in keeping with the historic details.

The Chapel on the Hill is currently available for short stays and weekly bookings through Airbnb. 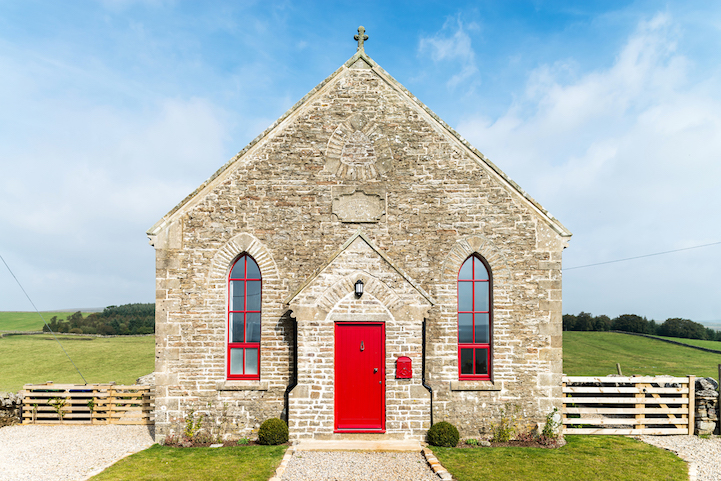 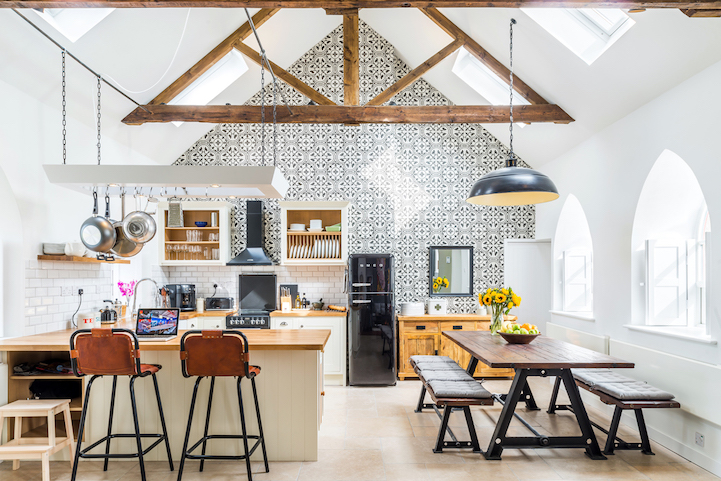 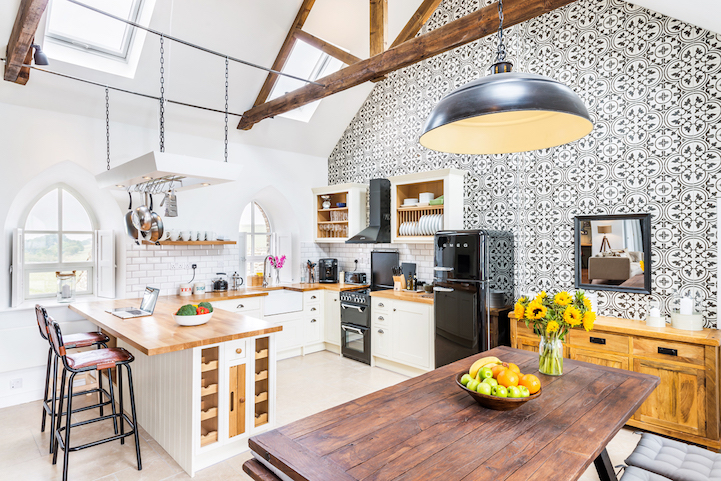 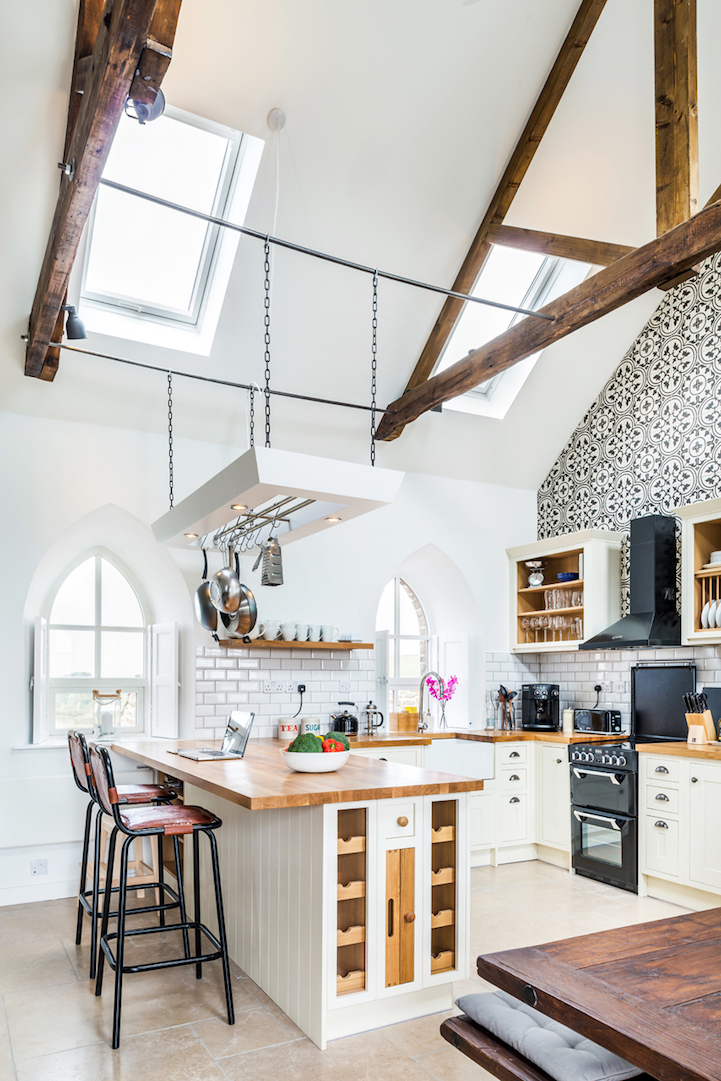 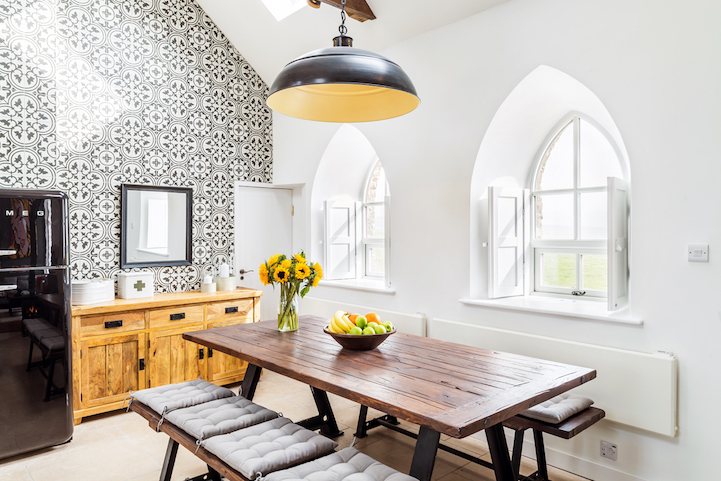 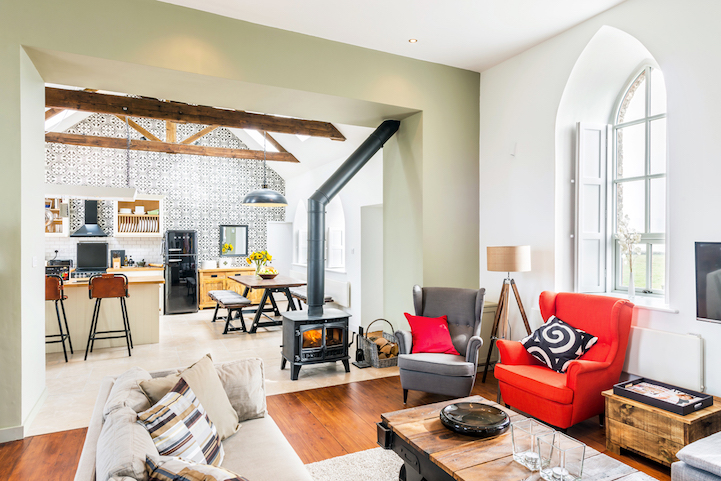 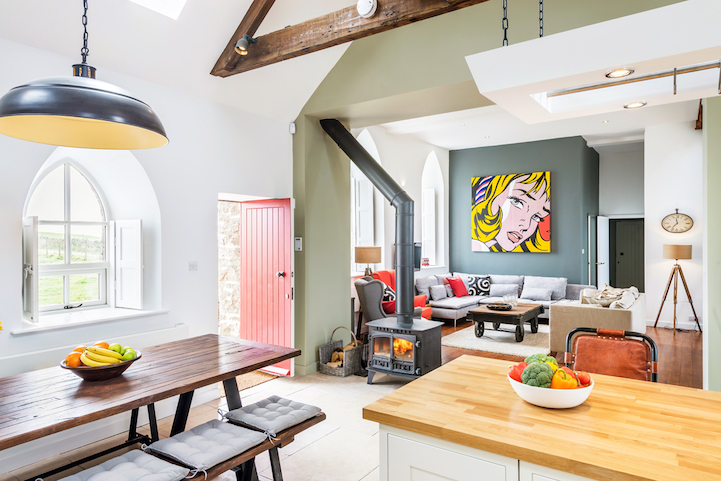 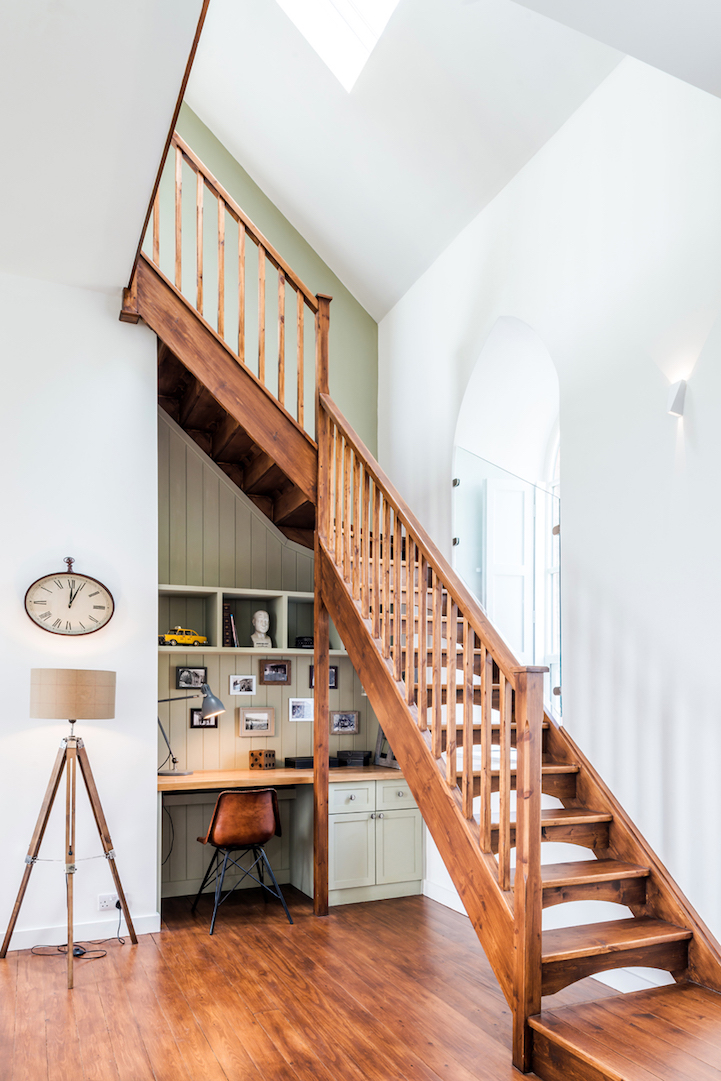 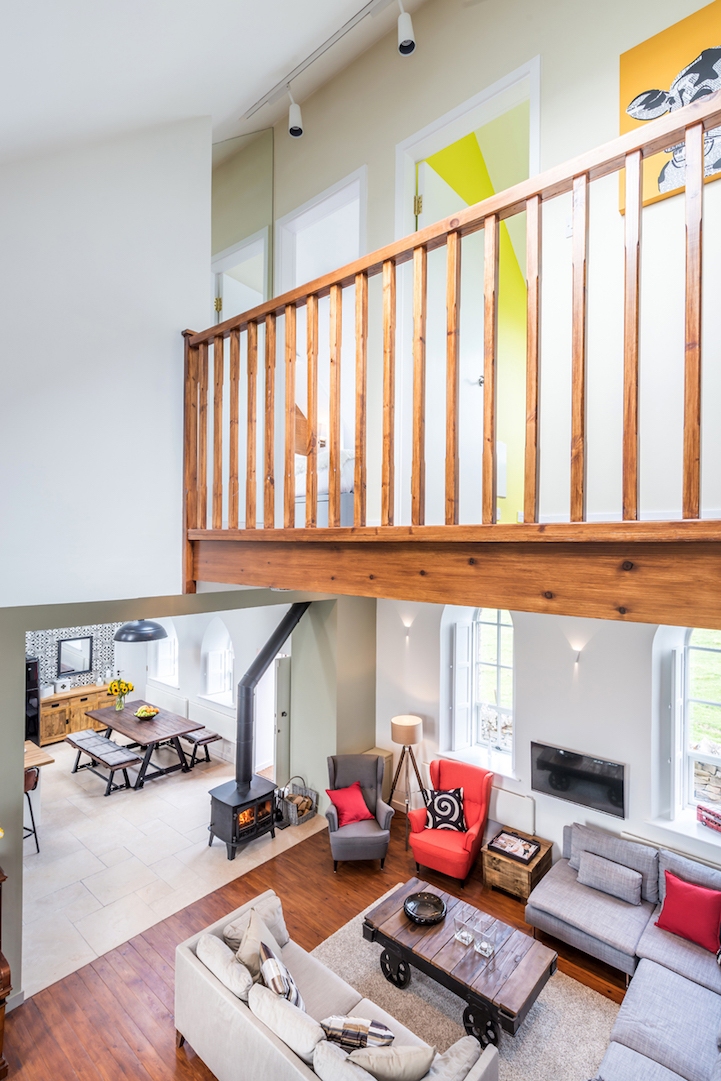 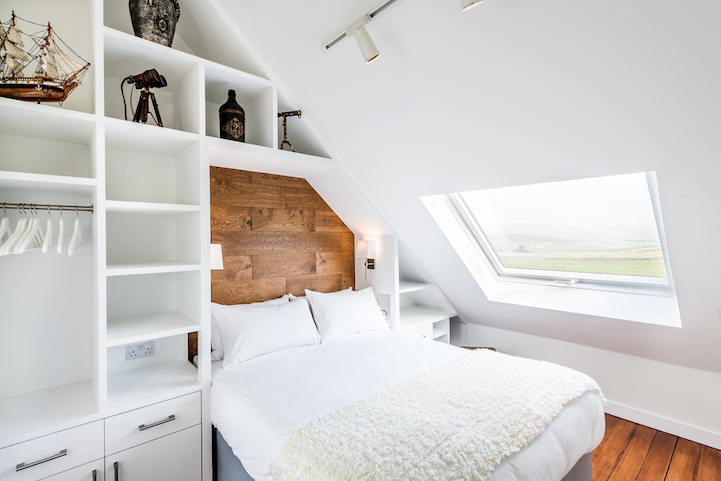 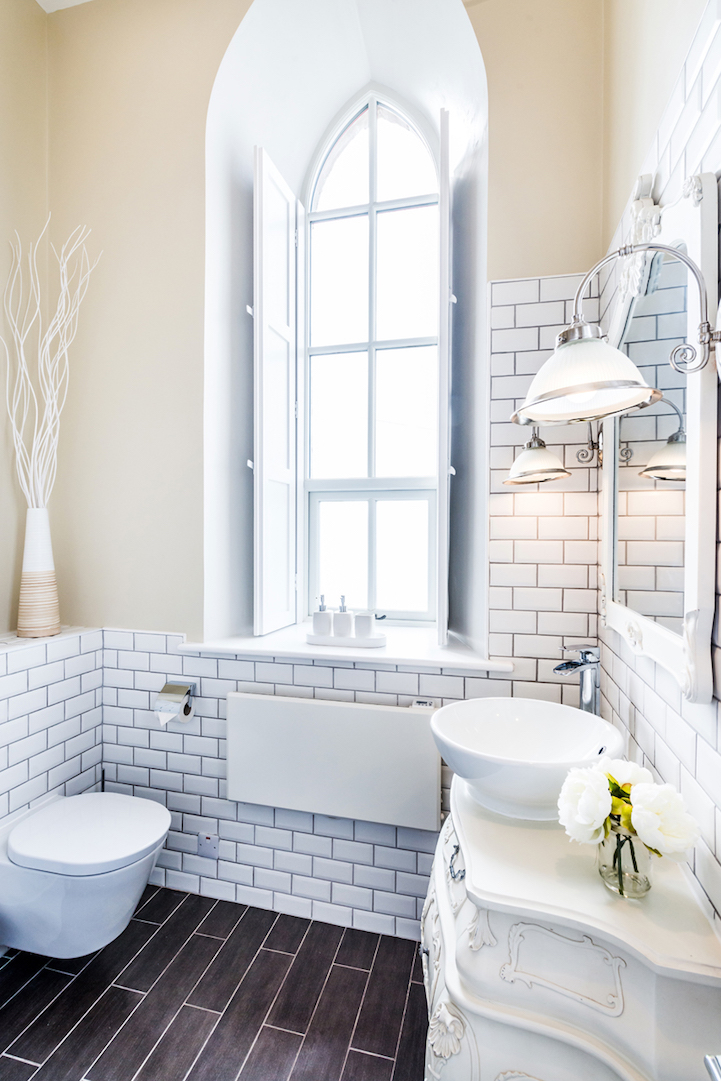 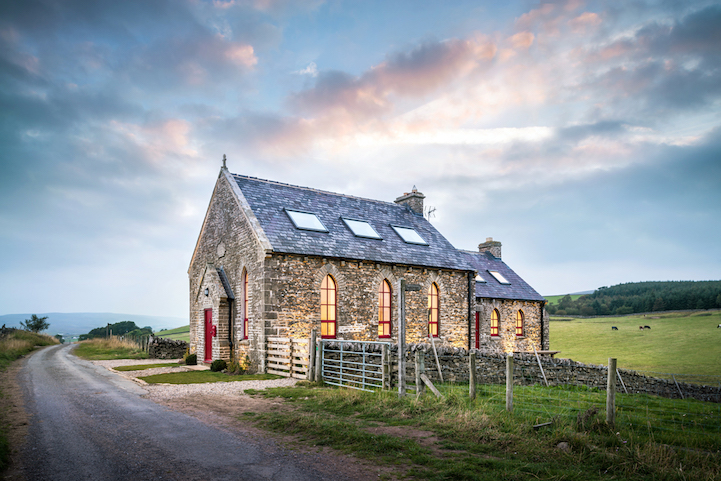