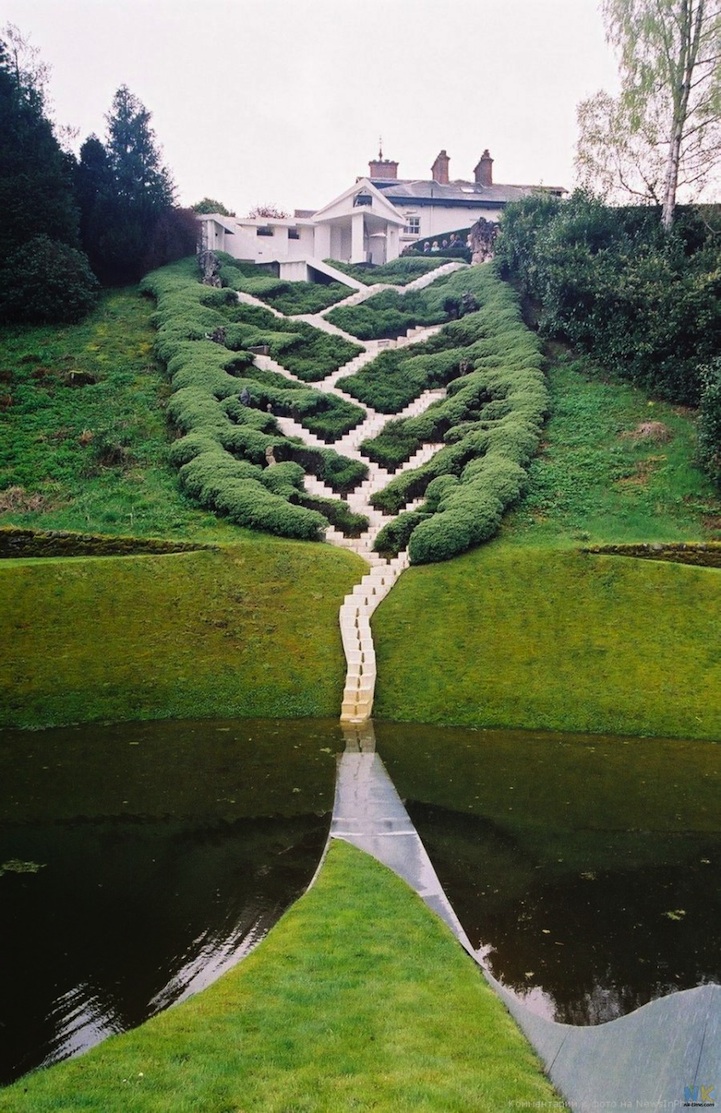 A concrete staircase that looks like a waterfall and represents the universe, why not? Charles Jencks is the American landscape architect and designer behind this incredible flight of stairs. Called The Universe Cascade, it has 25 landings that mark the important shifts in cosmic history. Starting at the top, in the present day, and descending down, visitors are moving through 13 billion years of cosmic evolution. The steps finally disappear into the dark water below, which represents the mystery of the origin of the universe.

You can find this intriguing work (that looks like it's from a fairy-tale) at The Garden of Cosmic Speculation in Scotland, or what has been described as one of the most original and important gardens of the 21st century. It's in a private garden that's only open one day a year to the public through Scotland's Gardens Scheme. (Bucket list!) Make the trip and you'll marvel at 40 major works that all have an interesting scientific or philosophical twist.

Jencks has made a name for himself in the field of landscape architecture. Because he's inspired by such far-reaching ideas as fractals, genetics, chaos theory, and waves, one can't help but think deeply about each work.

As he says, “To see the world in a Grain of Sand, the poetic insight of William Blake, is to find relationships between the big and small, science and spirituality, the universe and the landscape. This cosmic setting provides the narrative for my content-driven work, the writing and design. I explore metaphors that underlie both growing nature and the laws of nature, parallels that root us personally in the cosmos as firmly as a plant, even while our mind escapes this home.”

Below are some of our favorite works from his portfolio. 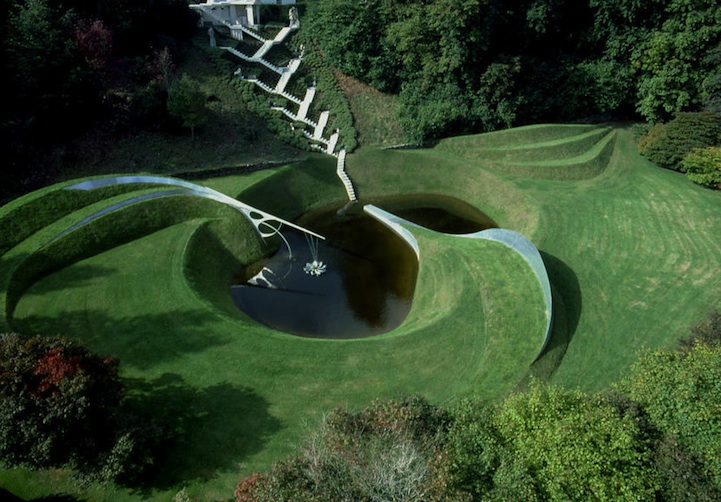 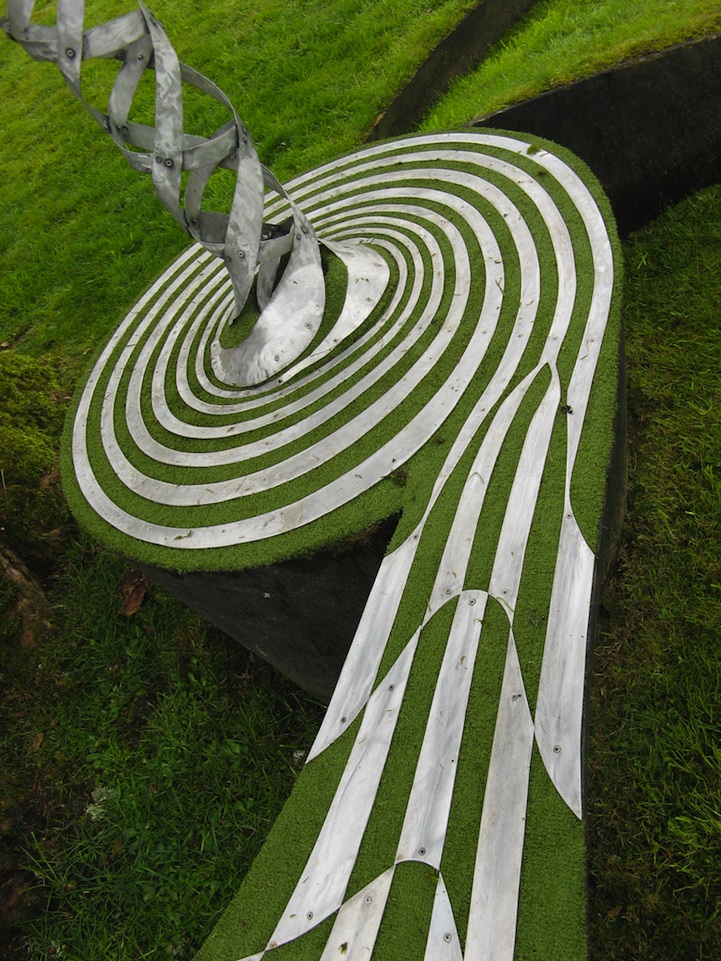 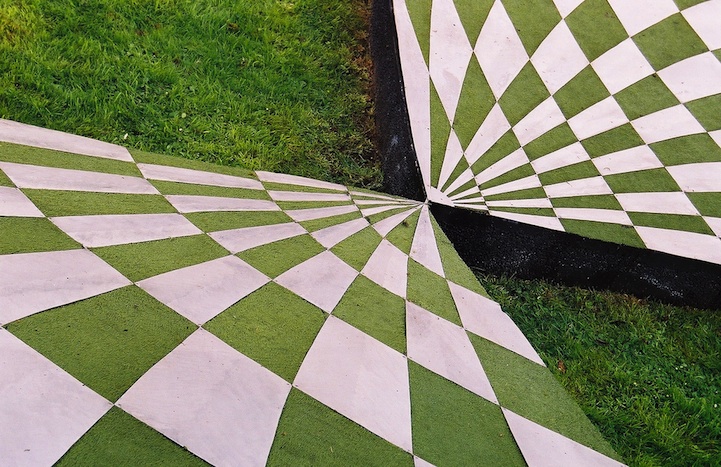 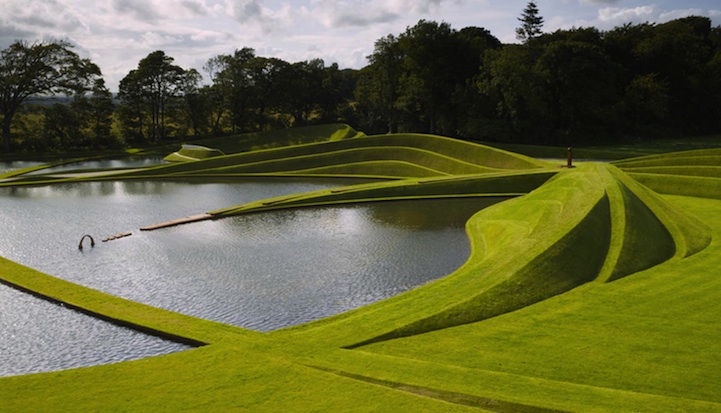 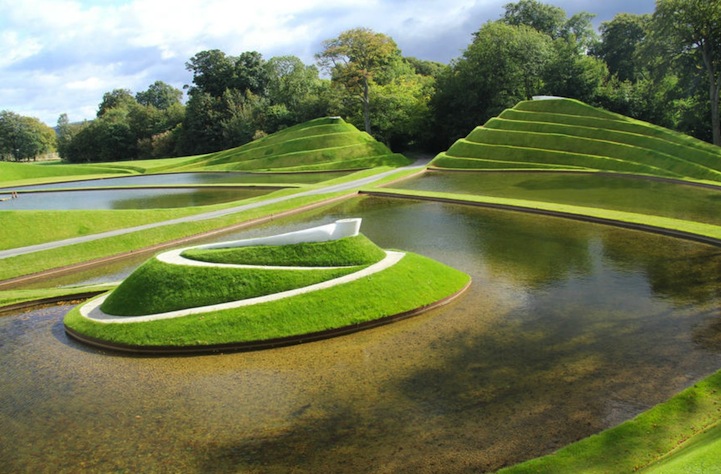 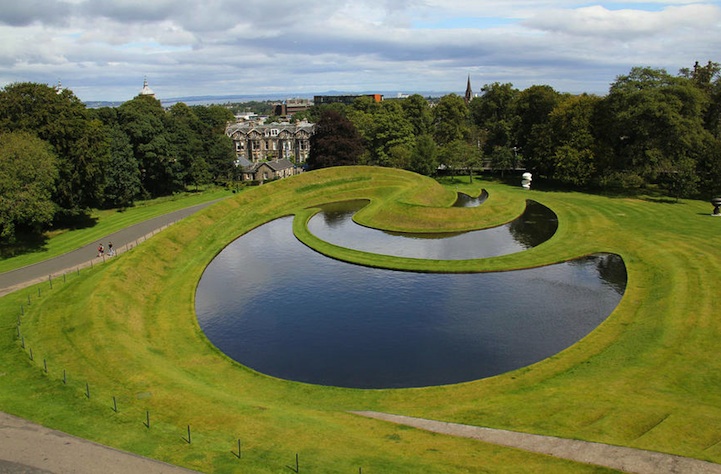 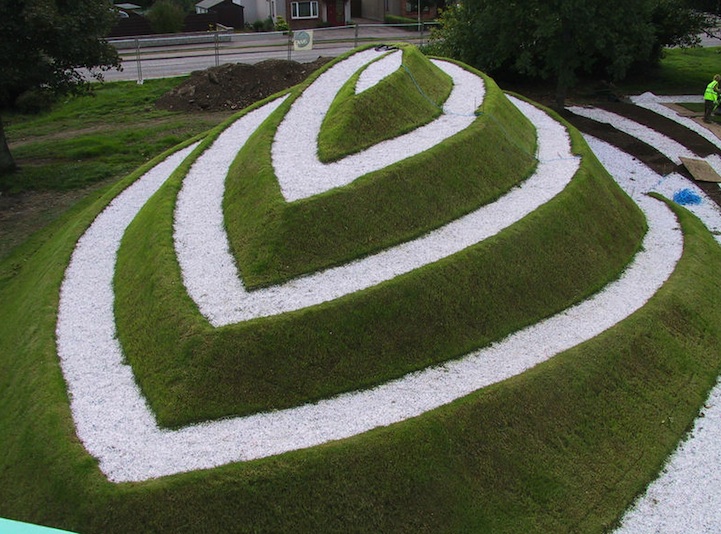 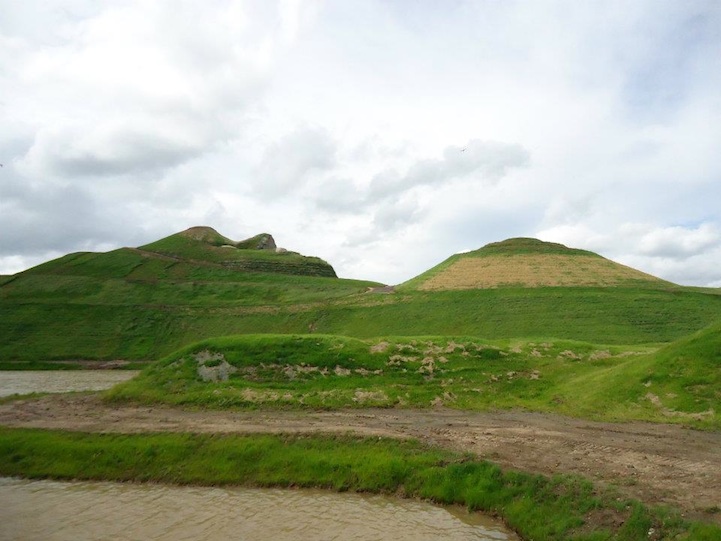 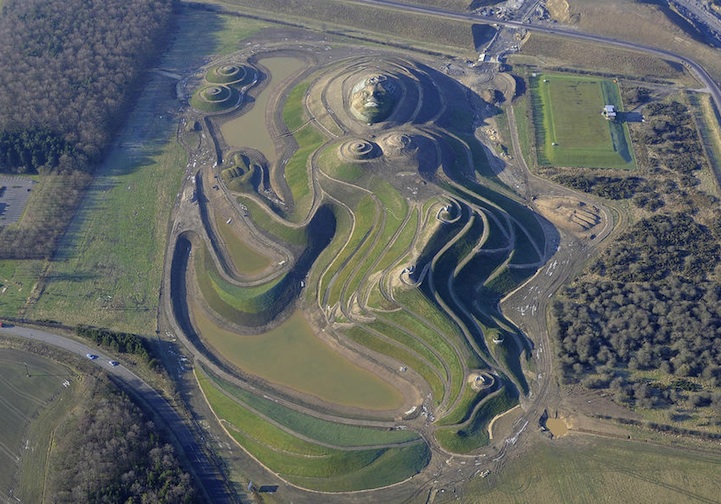 Jencks' latest project is in northern England and is called Northumberlandia (the “Goddess of the North”). Commissioned by a UK coal-mining company, Jencks is creating to a giant land goddess sculpture that's 112 feet high and 1,300 feet long. Due for completion in 2013, it will be the world's largest human form sculpted into the landscape.