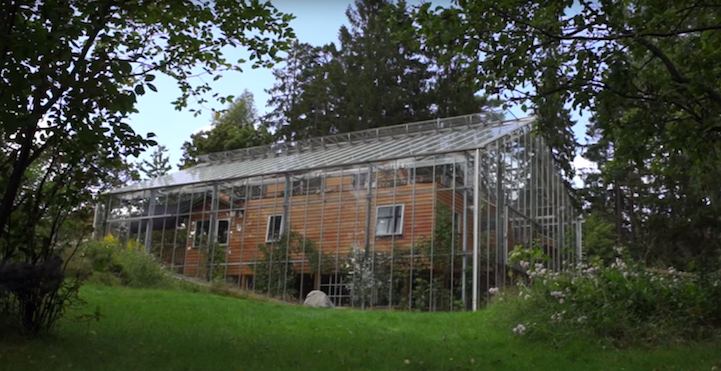 Homeowners Charles Sacilotto and Marie Granmar have an ingenious strategy for energy conservation–they've encased their entire dwelling within a greenhouse. While certainly an unconventional approach to heating, the idea is effective. The natural solar power provides warmth to their Stockholm-based residence and produces a balmy atmosphere inside. In a video created by Fair Companies, the couple states, “At the end of January it can be -2C (28.4F) outside and it can be 15 to 20C (59F to 68F) upstairs.”

To construct this energy system, Sacilotto and Granmar first purchased their home and built the greenhouse around it. Nearly double in size, it comprises 4 millimeters of security glass and is designed to endure the natural elements. The couple used the extra greenhouse space to their advantage, which includes transforming the original home's roof into a terrace where they can sunbathe, read, and play with their sons. In addition, they maintain a fruit and vegetable garden, grape trees, and a small goldfish pond.

Despite the greenhouse's advantages, the dwelling isn't entirely self-sufficient. “This is not a house where you get perfect climatization all year round,” Granmar admits. The family uses indoor heaters to warm the home during Stockholm's coldest months.

While this setup is an unusual one, it isn't the first of its kind. Sacilotto was inspired to build their house-in-a-greenhouse because of his relationship with architect Bengt Warne, who began designing the similar Naturhus (Nature House) in 1974. As a contemporary take on Warne's idea, it affords the Sacilotto-Granmar clan a unique connection to their environment. 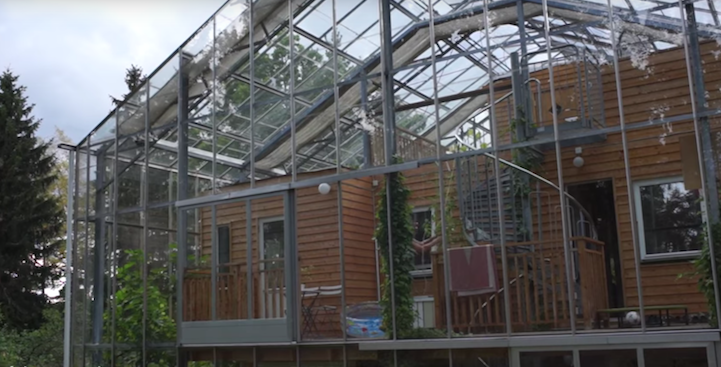 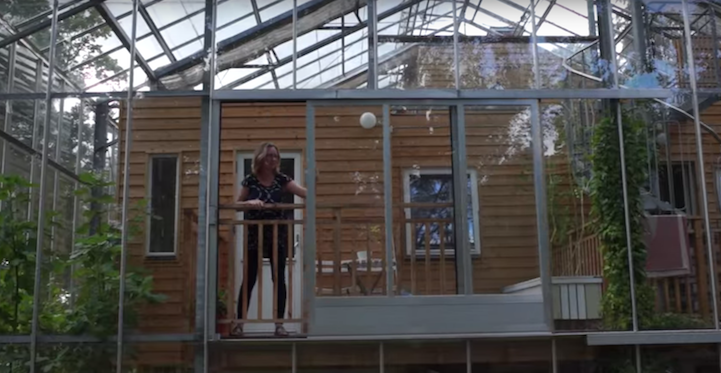 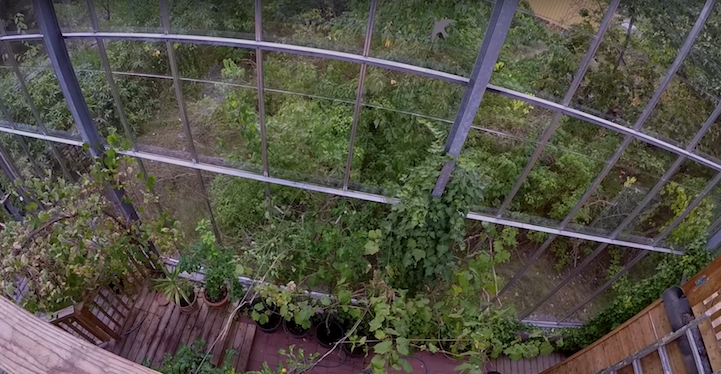 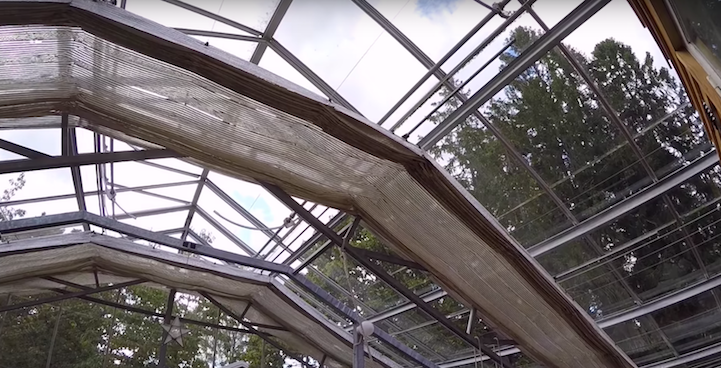 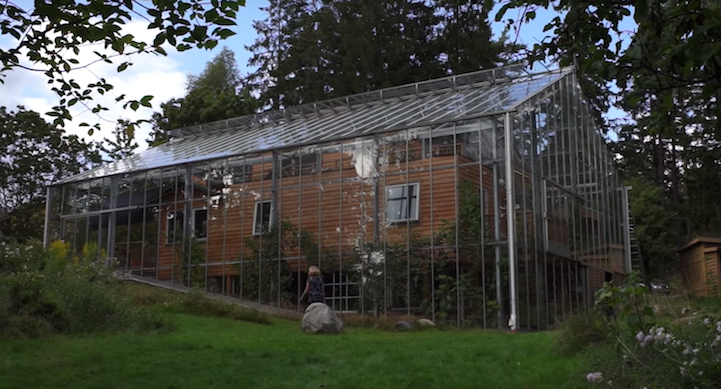