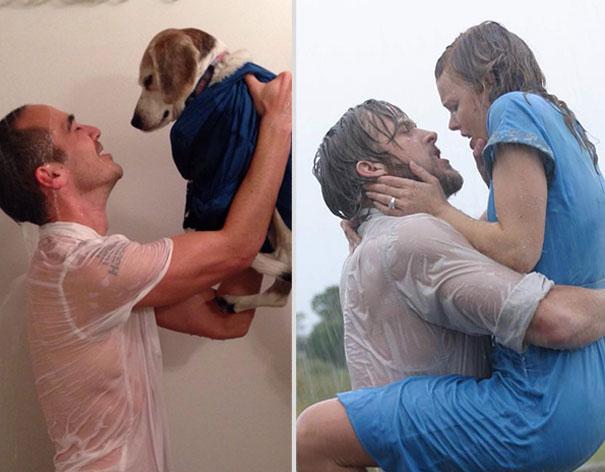 For the last month, Chris Naka (aka mmsspp) has been recreating scenes from classic romance movies with his boss's dog, Wrigley. It all started one day when his co-workers at Blue Man Group in Chicago came up with the idea for Naka to pose with the adorable pooch in a famous scene from Titanic. With Wrigley as Kate Winslet to his Leonardo DiCaprio, Naka embarked on a fun, ongoing project.

Taking only 10-15 minutes during lunch breaks to capture each scene, Naka and his canine love interest have already managed to recreate some of the most memorable movie scenes in film history. From the upside down kiss in Spiderman to the seductive leg shot from The Graduate, the duo have emulated their respective big screen characters in a hilarious, new light. 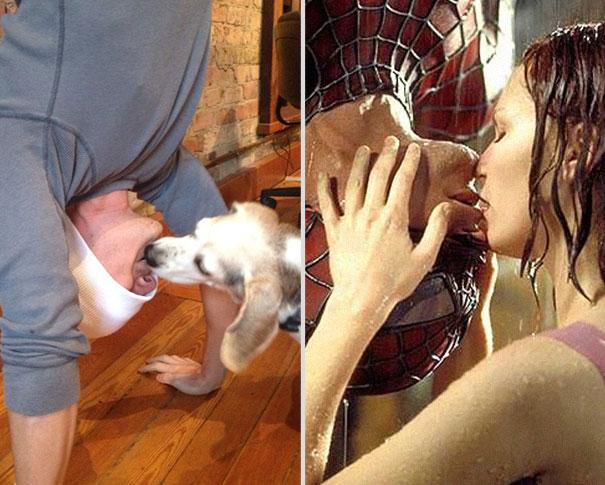 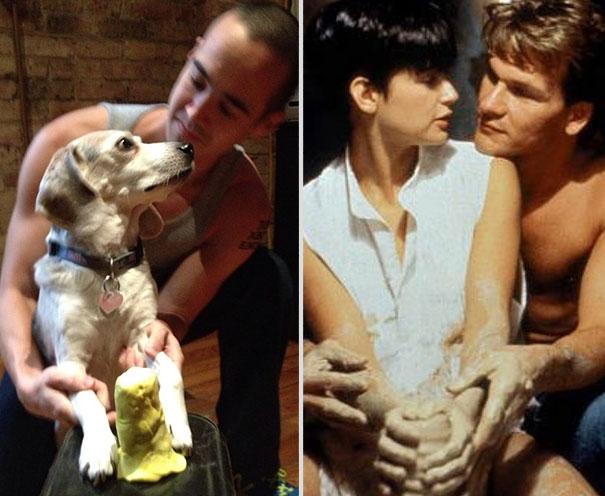 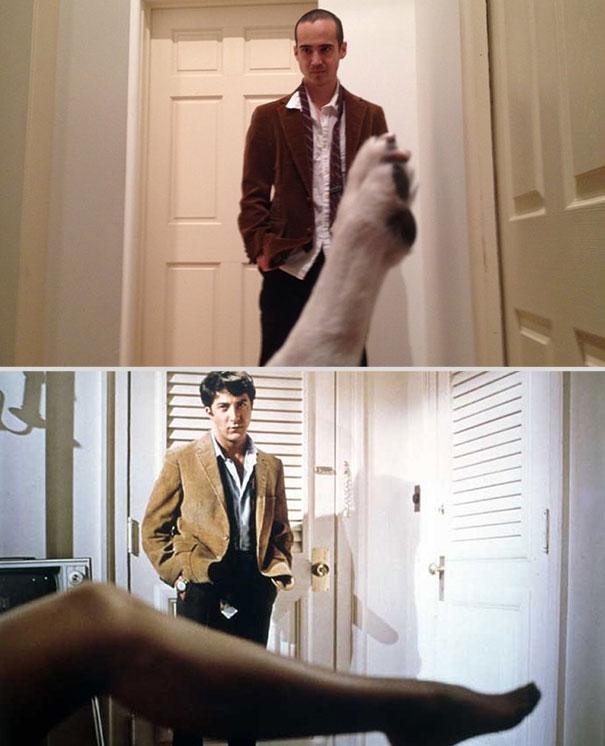 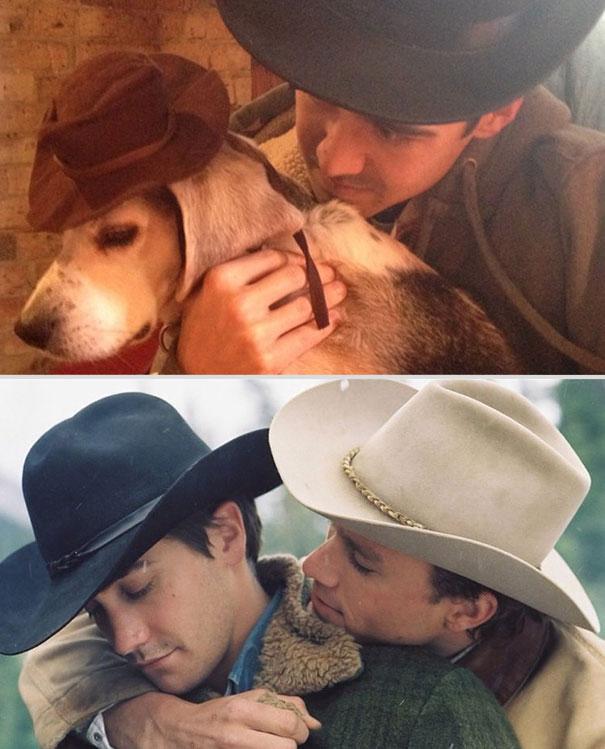 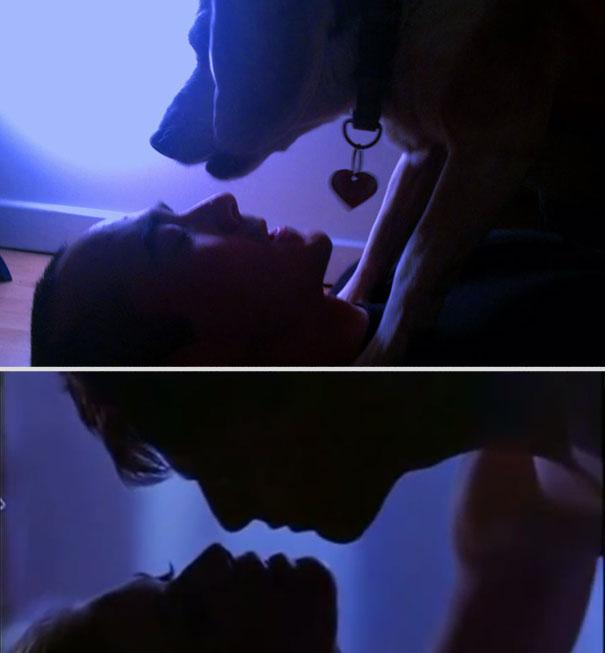 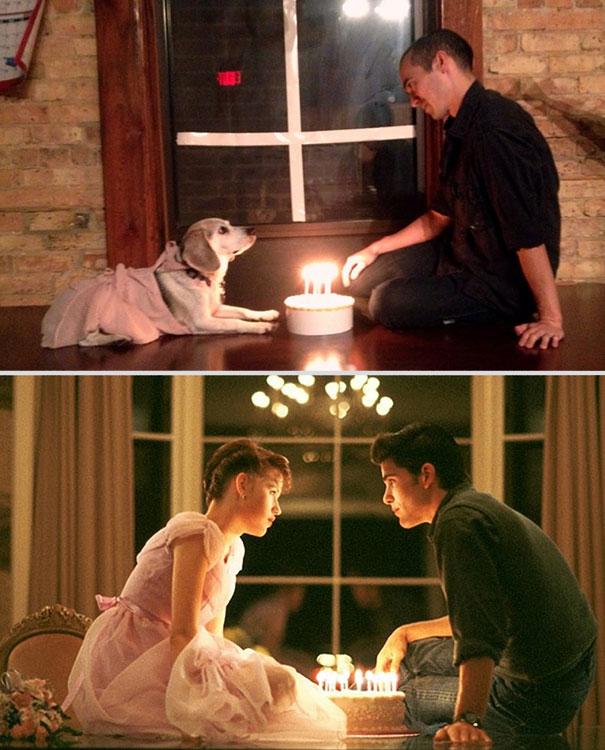 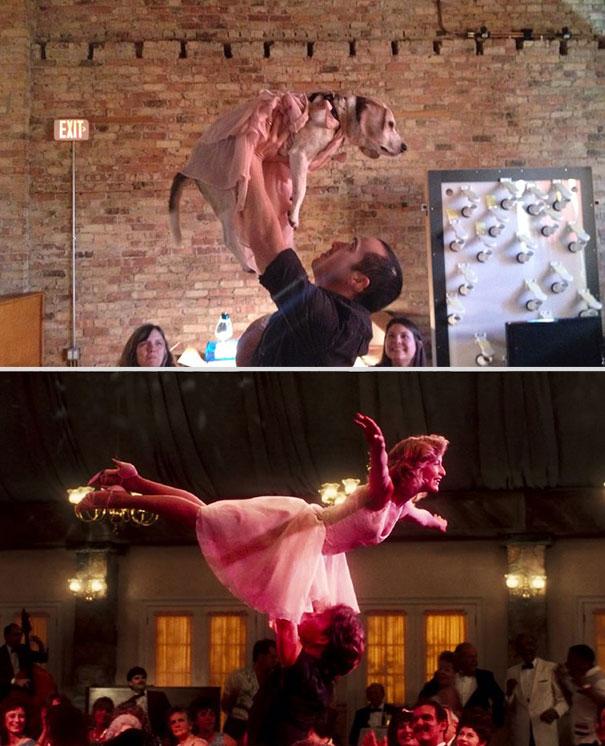 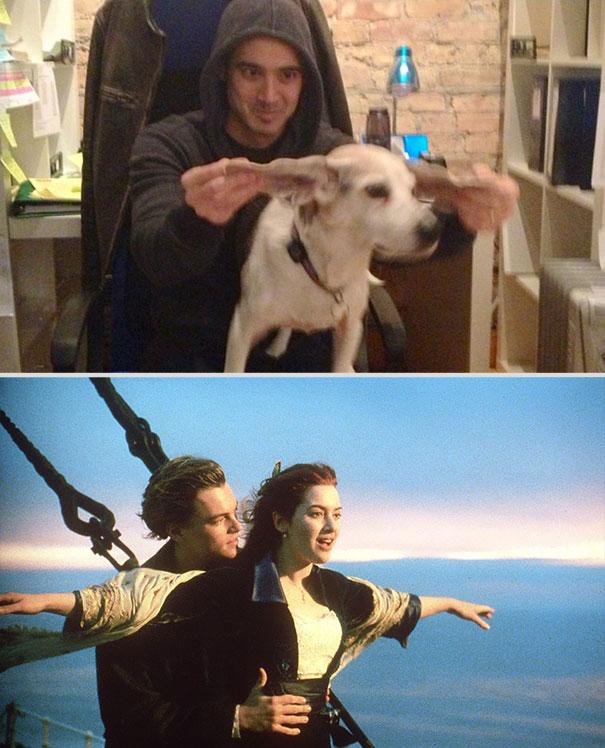