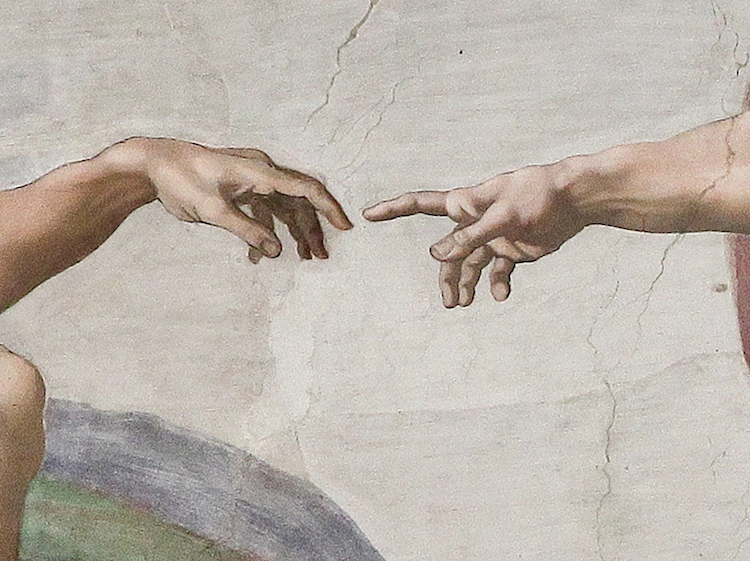 The fresco is celebrated as one of the most significant mural-making techniques in the history of art. Though most commonly associated with the art of the Italian Renaissance, the painting technique has been around for millennia, inspiring ancient and contemporary artists alike.

Created by painting directly onto plaster, frescoes offer a permanence not found in other forms of art. Unsurprisingly, muralists favor this durability, as illustrated by well-preserved masterpieces including the Roman frescos of Pompeii and famous Renaissance paintings like Michelangelo's world-famous Sistine Chapel ceiling.

What is a Fresco?

A fresco painting is a work of wall or ceiling art created by applying pigment onto intonaco, or a thin layer of plaster. Its title translates to “fresh” in Italian, as a true fresco's intonaco is wet when the paint is applied. 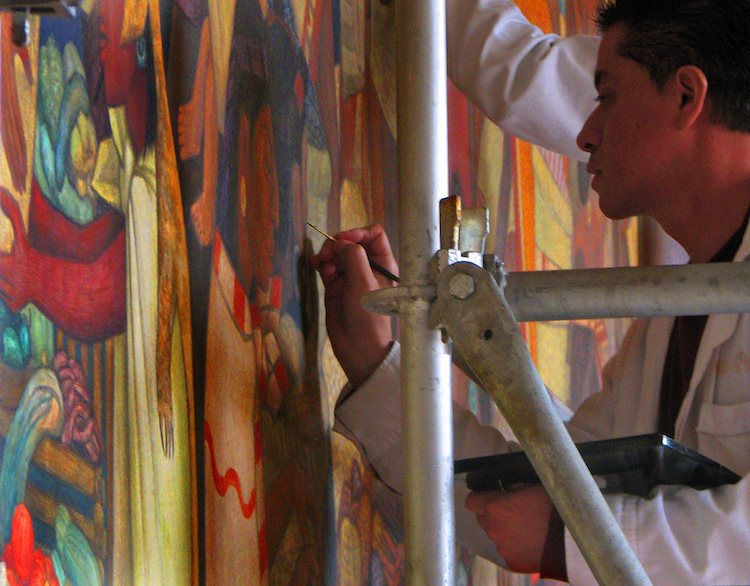 There are three common types of fresco: buon, secco, and mezzo.

Though widely considered an Italian art form, frescoes have been found all over the world. Here, we take a look at some of the most famous of these paintings on plaster. 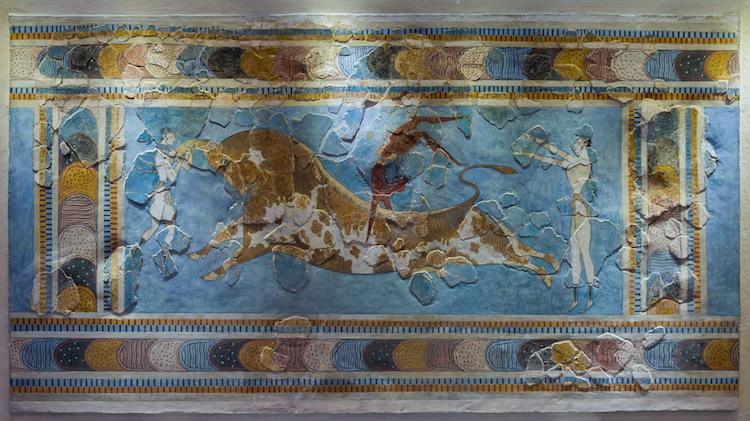 Created around 1400 BCE for a wall in the Palace of Knossos in Crete, the Bull-Leaping Fresco is one of the most famous works of Minoan art. The ancient mural is celebrated for its vivid colors and subject matter, which shows stylized figures taking part in a bull-leaping ritual: a unique ceremony in which individuals would perform acrobatic tricks over the backs of cows and bulls. 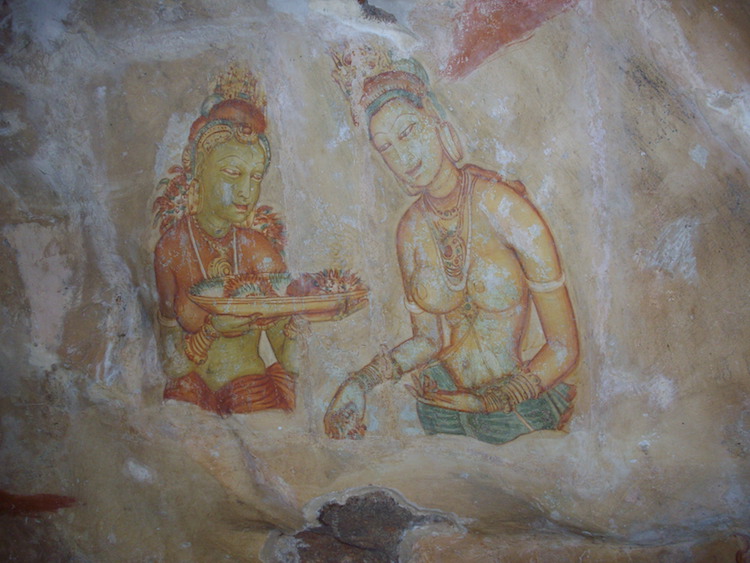 Once the site of an ancient palace, Sigiriya Rock in Sri Lanka is renowned for its small surviving collection of colorful, mythology-inspired frescoes. These exquisite works were created by King Kasyapa in the 5th century BCE and were intended to transform the earthly site into his very own ethereal kingdom. 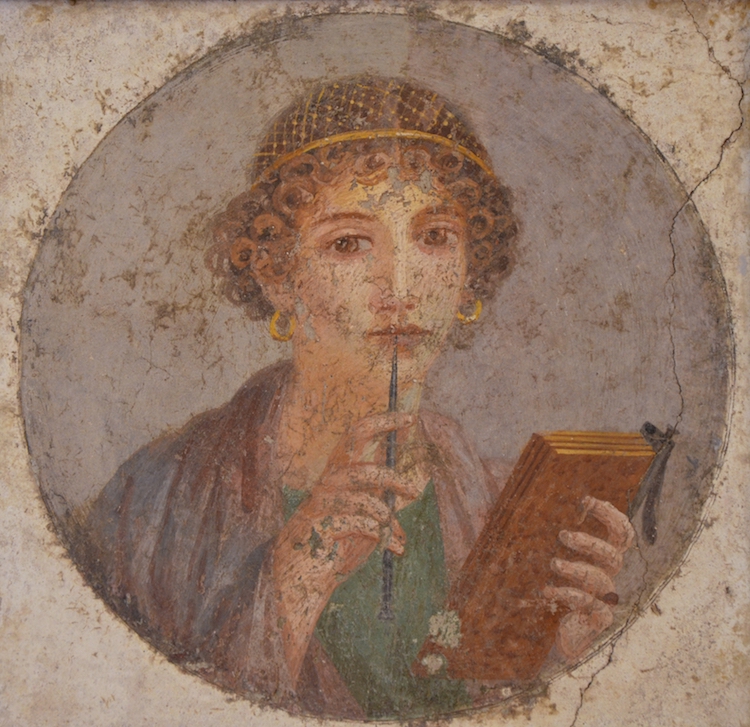 Woman with Wax Tablets and Stylus—better known as the Sappho Fresco—is one of many works of well-preserved wall art discovered by archaeologists in ancient Pompeii. This buon fresco was found on the wall of a home and features a portrait of a young, wealthy woman holding writing implements as she contemplatively poses.

Painted in the Dominican Church of Santa Maria Novella, Florence, the Holy Trinity fresco is the earliest surviving painting to use systematic linear perspective. According to records, Masaccio placed a nail at the vanishing point and attached strings to determine how the lines converged. 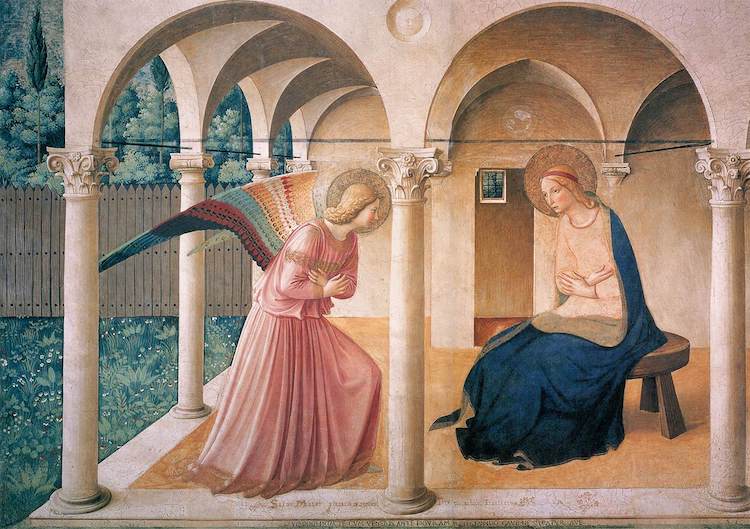 The Annunciation by Italian painter Fra Angelico signifies the shift from the Middle Ages to the Italian Renaissance. Unlike medieval pieces featuring similar subject matter, this fresco conveys a more realistic composition, as Angelico expertly suggests depth through the use of a vanishing point.

This fresco is located in the Convent of San Marco in Florence, Italy. While it is not the first time Angelico explored this iconography (he also completed three visually similar panel paintings and another Annunciation fresco), it has become one of the most well-known frescoes of the early Renaissance. 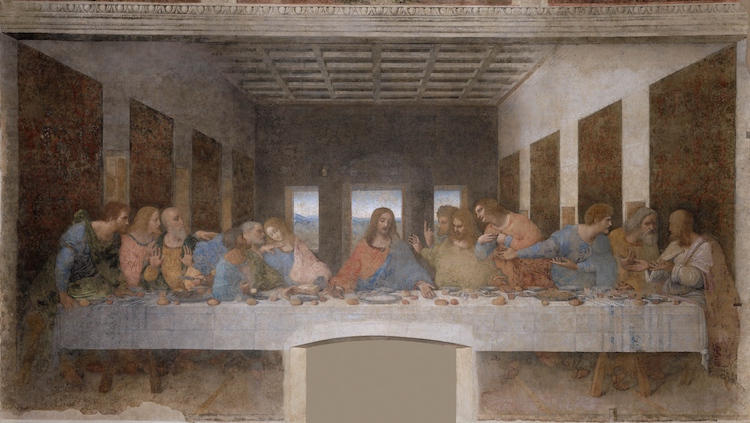 In the 1490s, Leonardo da Vinci was commissioned by the Convent of Santa Maria delle Grazie in Milan to create The Last Supper, a large-scale wall painting depicting Jesus' last meal. Painted on dry plaster, this piece is a secco fresco—though the artist also incorporated a white lead undercoat to lighten the tones.

Along with works like the Mona Lisa and the Vitruvian Man, The Last Supper remains one of the artist's most famous works of art. 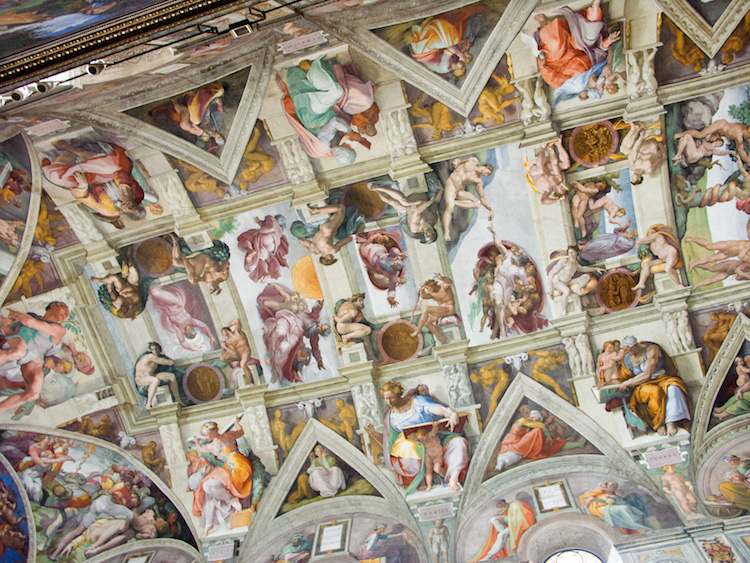 From 1508 until 1512, Florentine artist Michelangelo painted a complex and colorful fresco on the ceiling of the Sistine Chapel in the Vatican's Apostolic Palace. This massive buon fresco features 9 central scenes from scripture and 343 figures.

Many of these characters are surrounded by giornata, subtle “outlines” made by scraping off sections of the wet intonaco. Intended to suggest depth, these giornata are present throughout the entire plaster painting. 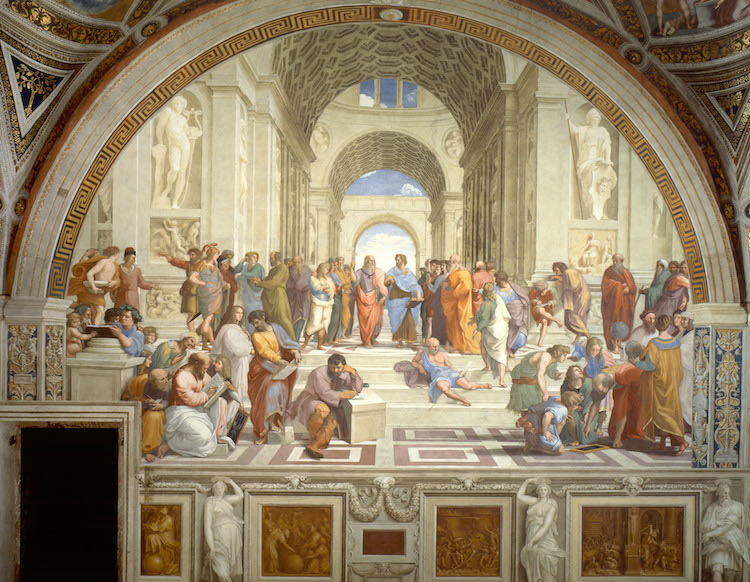 Like Michelangelo, High Renaissance painter Raphael was also commissioned to create monumental frescoes for the Vatican. In 1511, he painted a set of four murals inspired by the main schools of thought: theology, law, poetry, and philosophy.

The School of Athens, the most well-known fresco in this series, features portraits of the world's most celebrated philosophers. In addition to great Greek thinkers like Plato, Socrates, Euclid, and Aristotle, this colorful mural also incorporates a sneaky self-portrait of the artist himself. 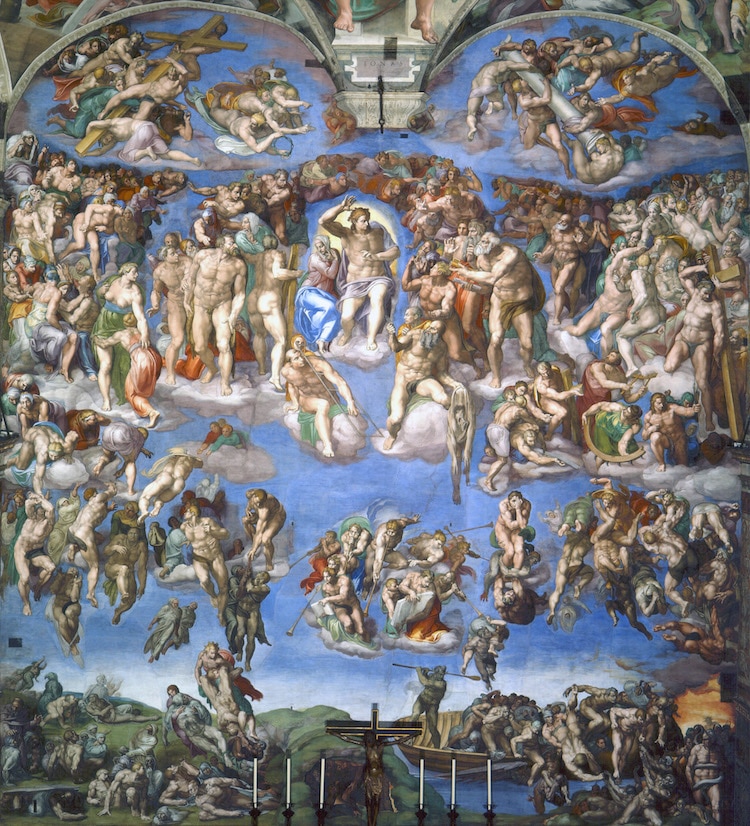 Several decades after Michelangelo completed the Sistine Chapel ceiling, he returned to the same building to add another fresco, this time covering the entire alter wall. The Last Judgment captures the Second Coming of Jesus Christ and God's final judgment of humanity.

While this subject was not uncommon during the Renaissance, Michelangelo's interpretation stands apart for its 300 mostly nude figures and its conflation with some mythological elements—both of which made the fresco controversial among Michelangelo's contemporaries. 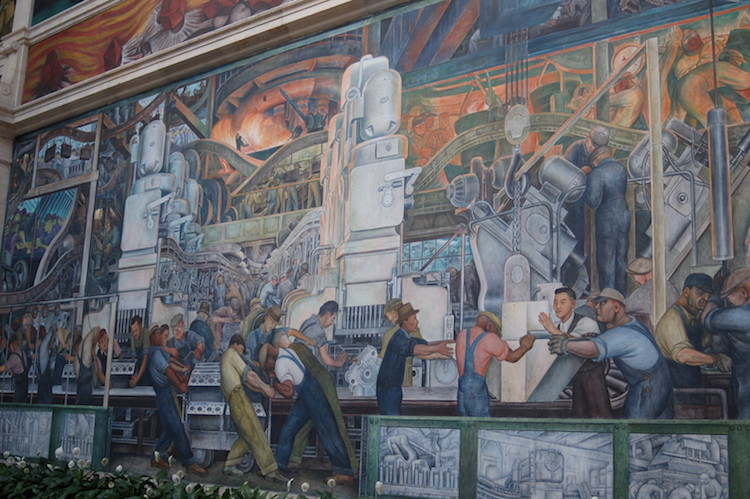 While fresco painting fell out of fashion following the Renaissance, the practice was rejuvenated by the Mexican Mural Movement in the 1920s. With frescoes at the forefront, this renewed interest in mural art was pioneered by Mexican painter Diego Rivera, who painted Detroit Industry—a 27-piece series inspired by the Ford Motor Company—between 1932 and 1933.