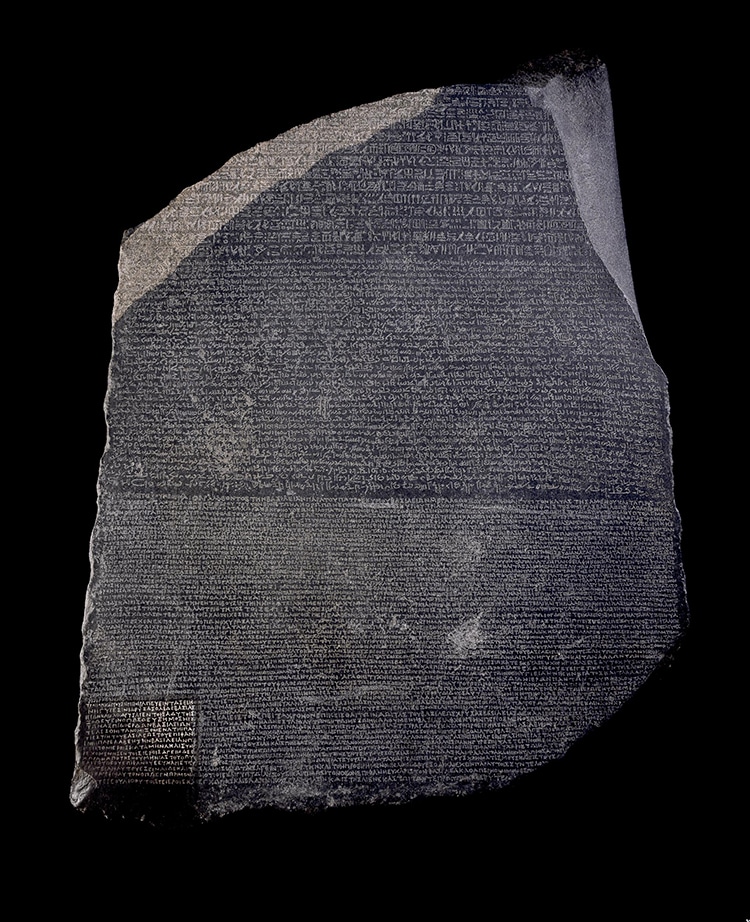 Many people have heard of the Rosetta Stone, but few know the fascinating history of this Egyptian artifact. The large, slightly broken stone monument is the bedrock of modern knowledge of Ancient Egyptian hieroglyphs. Read on to discover the origins, history, and mystery of the engraved rock which came to be known as the Rosetta Stone.

What is the Rosetta Stone? 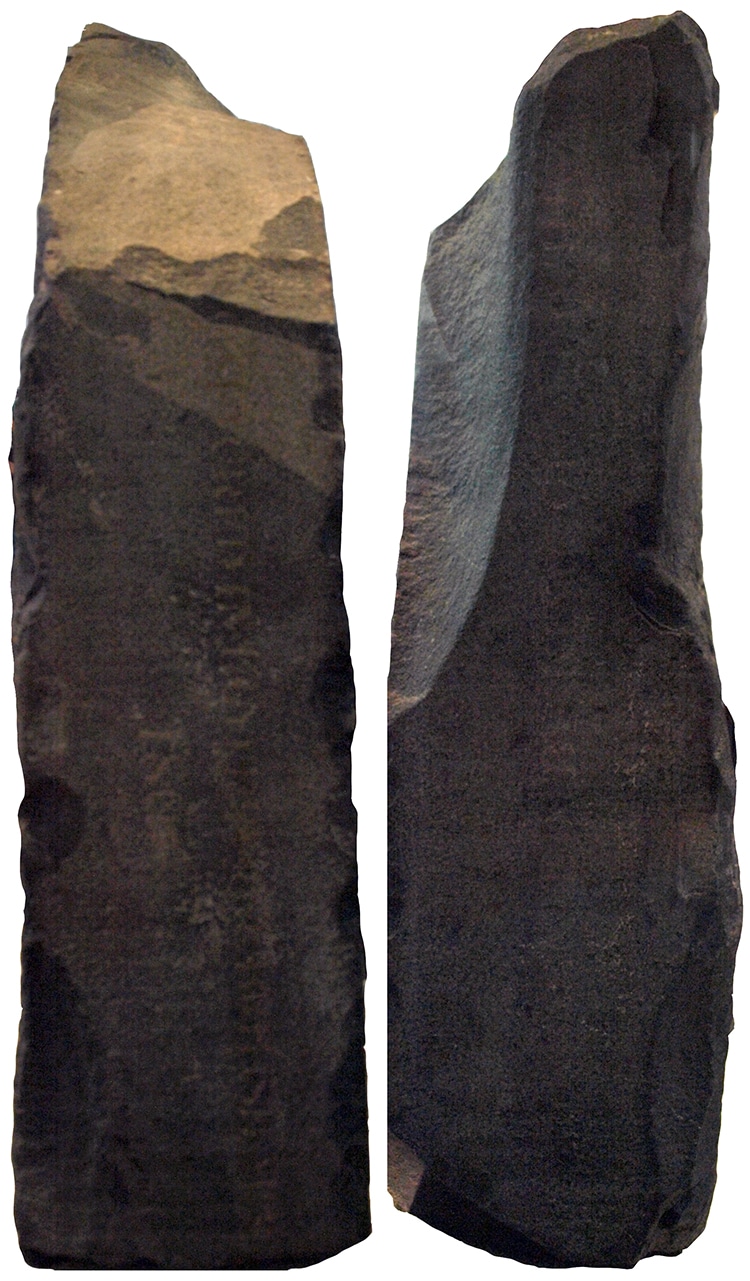 A side view of the Rosetta Stone. (Photo: Cptmondo via Wikimedia Commons [CC BY-SA 3.0])

The artifact known as the Rosetta Stone is a thick slab of granodiorite rock. Standing just under four feet tall, the stone weighs 1,680 pounds. Called a stele (or stela), the Rosetta Stone was a type of public monument. It dates from 196 BCE and carries a decree written by priests in praise of the young pharaoh Ptolemy V. Before circulating media, decrees and news were posted in public places through similar carvings or monuments.

Using the diverse written languages of the Egyptian populace, three languages were included on the stone: Ancient Egyptian hieroglyphics, Egyptian demotic script, and Ancient Greek. Only the priests regularly used hieroglyphics, whereas demotic script was common in everyday life and civil administration. The inclusion of Ancient Greek reflects the lineage of Hellenistic pharaohs (including Ptolemy V) who ruled Egypt but were originally of Macedonian descent. Ancient Greek was the language of the royal court and therefore fit for a royal decree.

Origin of the Rosetta Stone

The Rosetta Stone was carved to commemorate the coronation of Ptolemy V in the second century BCE. Egyptian pharaohs were considered gods and commanded a cult of devotion much like other deities. According to the written decree, the monument honored the young king by associating his new cult with those of his Ptolemaic ancestors (the dynasty of successive king Ptolemy's). The stone was likely displayed or inset inside a temple where priests and wealthy worshippers could appreciate their new king's divinity.

The monument likely remained on display for many years. Egypt eventually came under Roman power in the year 30 BCE with the defeat of Cleopatra and Mark Antony. As part of the empire, Egypt was subject to the 4th century Christianization of Rome. In 392 CE the emperor Theodosius I decreed the closure of all non-Christian spaces of worship. Temples were destroyed and the stone reused in other buildings. The Rosetta Stone—not an exceptional object at the time—met the same fate. 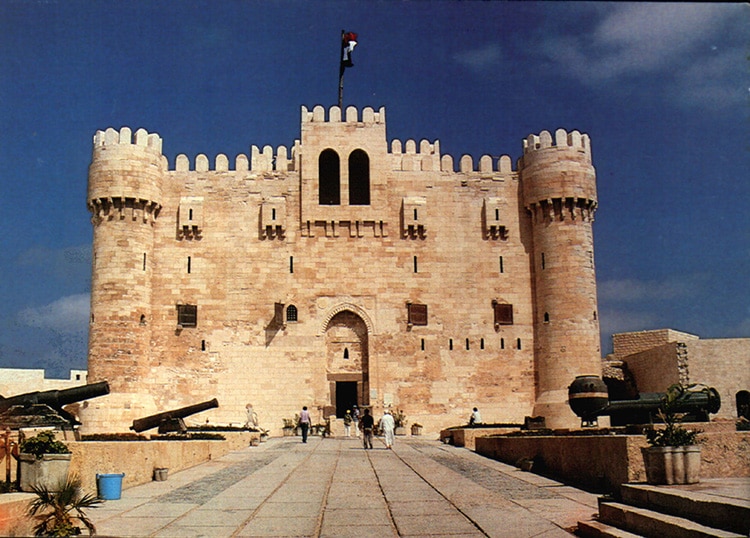 A Mamluk fort in Alexandria, built in the same period as the fort containing the Rosetta Stone. (Photo: Delengar via Wikimedia Commons [CC BY-SA 3.0])

Very little is known about the stone's whereabouts for a thousand years. By the 15th century, Egypt was controlled by the Mamluk Sultans who continued building projects using ancient stone. The Rosetta Stone was among the repurposed materials used to build the walls of a Mamluk military fort on the Nile river. The nearby city on the Nile Delta was known as Rosetta or Rashid. After the stone's eventual rediscovery, it took the name of its most recent resting place.

Who rediscovered the Rosetta Stone? 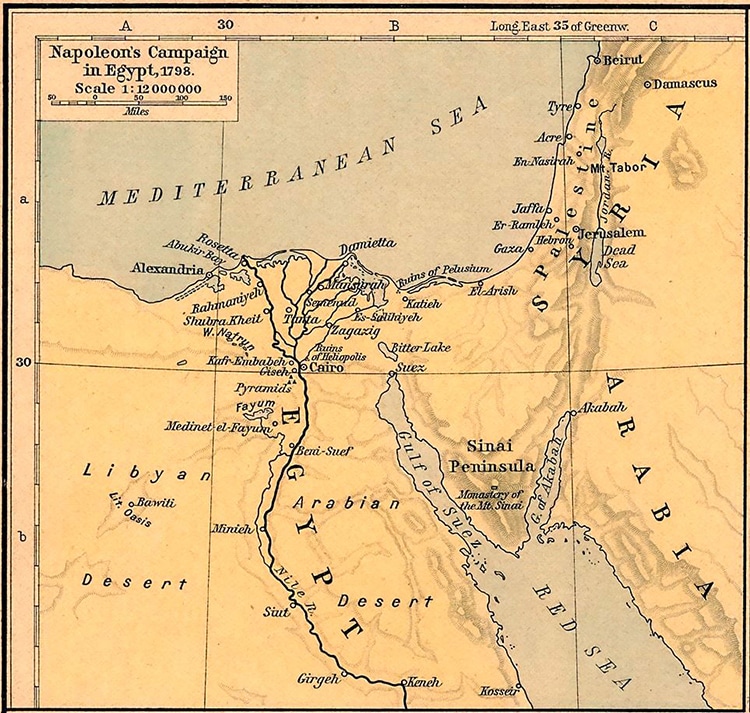 The stone remained hidden in the walls of the fort for over 300 years—through the end of the Mamluk period and into the Ottoman Empire‘s rule of Egypt. In 1798, Napoleon Bonaparte‘s desire for an economically and politically dominant French Empire inspired him to lead a military campaign into Ottoman-controlled Egypt and Syria. These military excursions ignited an interest in Egyptian antiquities among Europeans. Napoleon's troops systematically looted the cultural treasures of Egypt and the Near East, sending the artifacts back to new museums in Paris.

French troops were occupying Rosetta in July of 1799 when a corps of engineers working on the old Mamluk fort discovered a large slab of rock within an earthen wall. The troops knew that this particular find was special, and upon expert examination, the three inscribed languages were identified. Casts of the stone were taken and sent to scholars to examine. The knowledge of hieroglyphics had been lost with the fall of Rome, so the text presented a challenging puzzle to European scholars.

Upon the British defeat of Napoleon, the British acquired the collected antiquities of Napoleon's expeditions—including the Rosetta Stone. In 1802 the stele was installed in the British Museum, where it remains on view to this day. However, the stone's mysterious text had already spread across Europe, and the new field of Egyptology began to develop around the cryptic engraved messages.

How did scholars decipher the stone? 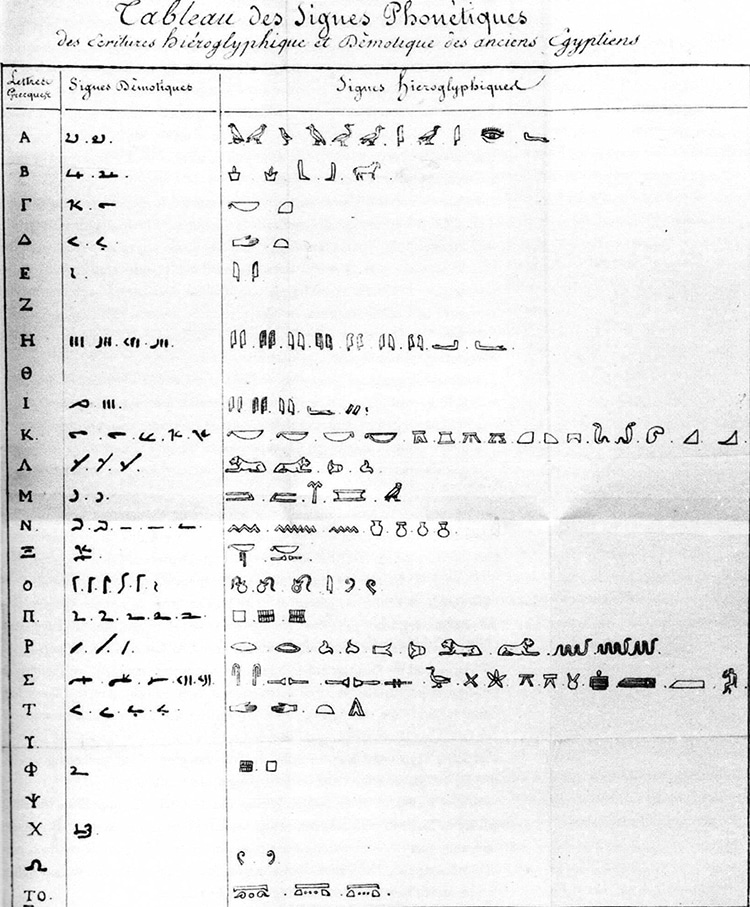 Upon discovery of the Rosetta Stone, European scholars believed hieroglyphics were ideographic—each glyph representing a word or concept. The first scholar to seriously attempt the decoding of the Rosetta Stone was Thomas Young, an English physicist and mathematician. Many European scholars had a working knowledge of Ancient Greek, so the translation of the Greek portion served as a guide for the other two languages. 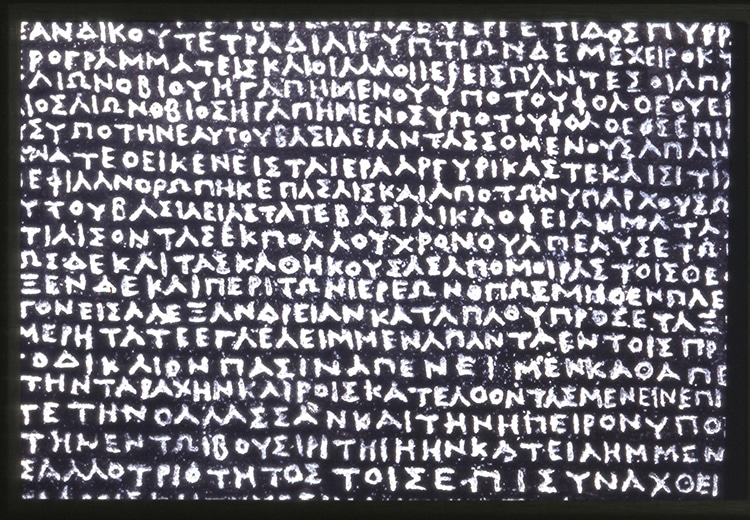 Ancient Greek on the Rosetta Stone. (Photo: © The Trustees of the British Museum [CC BY-NC-SA 4.0])

Between 1814 and 1819, Young set to work on deciphering the demotic script. Over several years, he realized that the demotic alphabet contained ideographic and phonetic glyphs. This discovery allowed Young to draw connections between demotic script and hieroglyphics. He also noticed that the glyphs in cartouches—circular frames—seemed to correspond to the names of the pharaohs written in Ancient Greek. The glyphs, as it turned out, were phonetic spellings of Greek names. 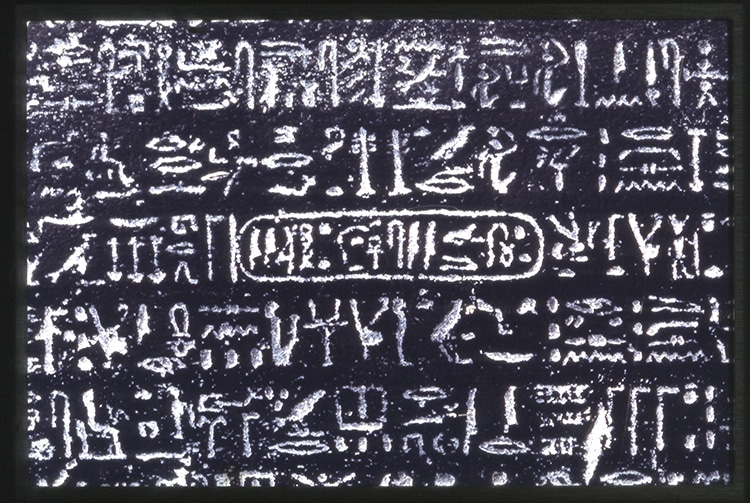 Hieroglyphics on the Rosetta Stone. (Photo: © The Trustees of the British Museum [CC BY-NC-SA 4.0]) 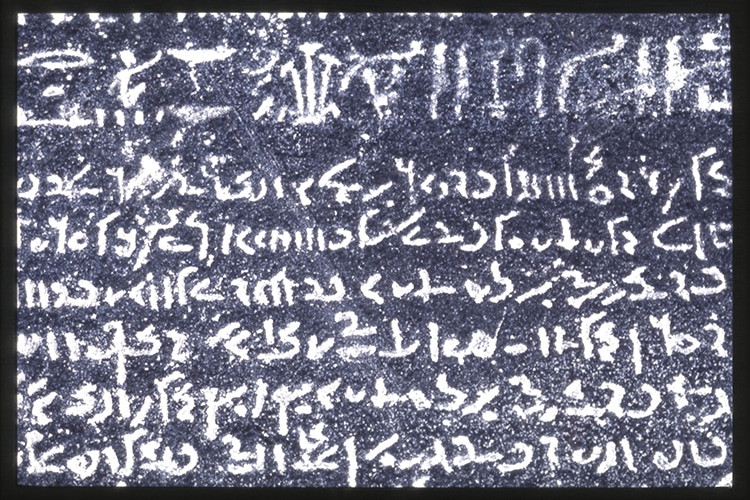 Demotic script on the Rosetta Stone. (Photo: © The Trustees of the British Museum [CC BY-NC-SA 4.0])

As Young moved on to other projects, Frenchman Jean-Francois Champollion built upon the Englishman's earlier discoveries. Helpfully, Champollion could read Coptic, a later Egyptian language. Using other ancient inscriptions and texts, Champollion spent months pouring over hieroglyphs. From the cartouches containing phonetic spellings, the scholar slowly associated symbols and sounds. He then made the conceptual leap Young neglected—applying the same system to the full body of hieroglyphic text. As words began to form, Champollion approached the hieroglyphs as representing both sounds and ideas. This approach turned out to be the critical breakthrough in decoding the Rosetta Stone and opening up a new world of Egyptology through the study of ancient texts.

To learn more about the Rosetta Stone, check out the British Museum in London or visit their website. 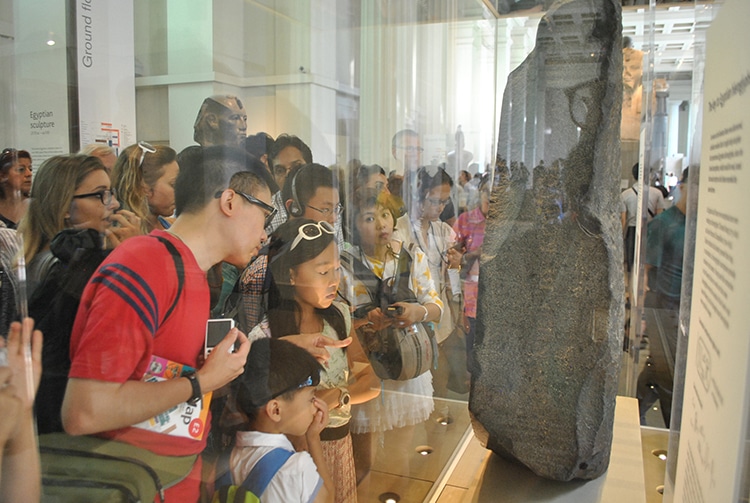 Check out the British Museum for more information on the Rosetta Stone.

What Do You Know About The Rosetta Stone? Share
Like My Modern Met on Facebook
Get Our Weekly Newsletter
Become a
My Modern Met Member
As a member, you'll join us in our effort to support the arts.
Become a Member
Explore member benefits

What Do You Know About The Rosetta Stone? 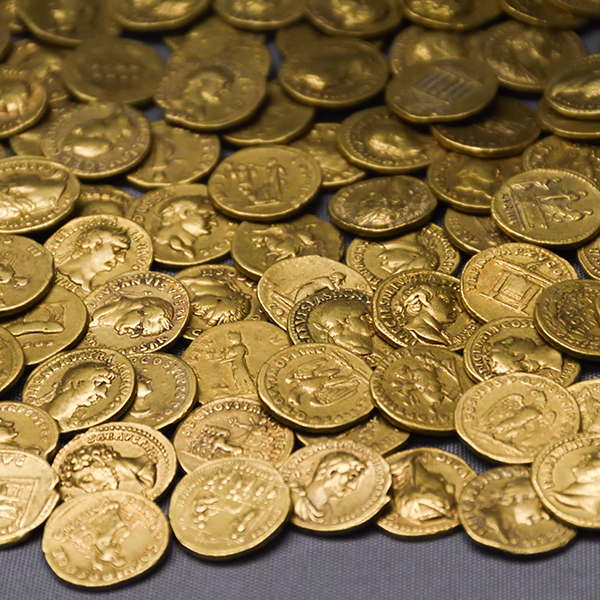 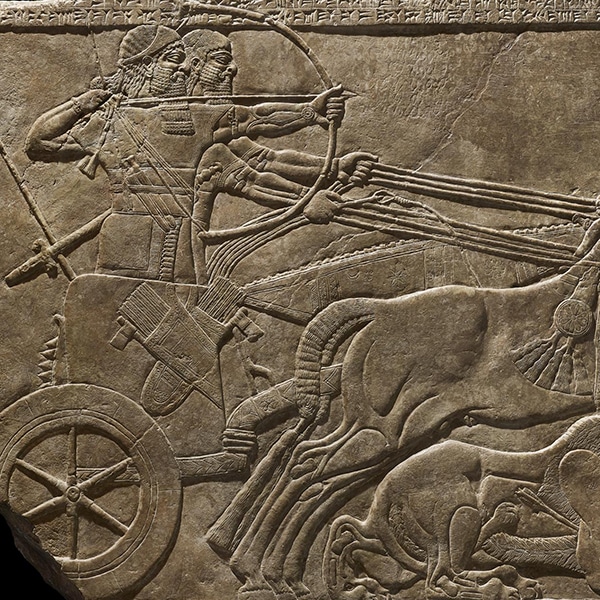 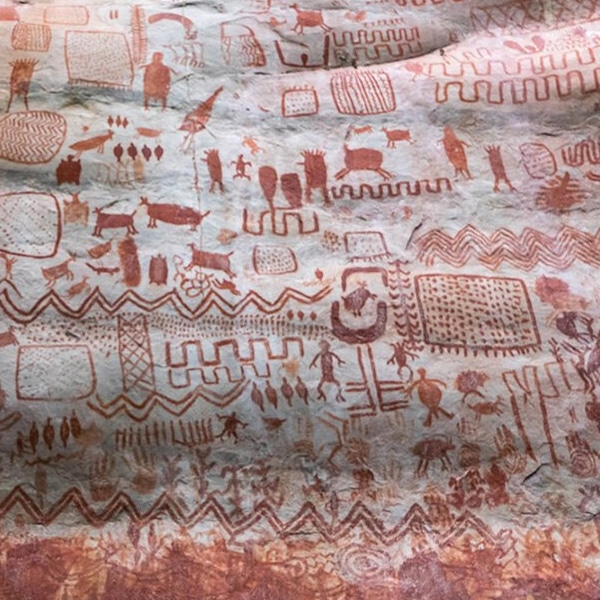 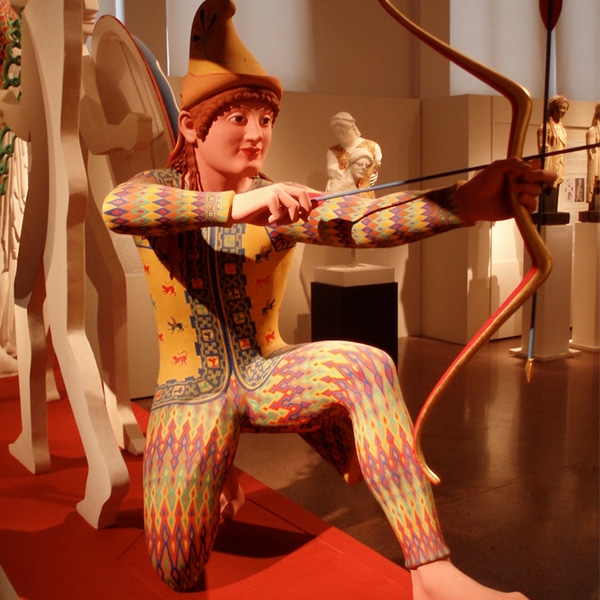 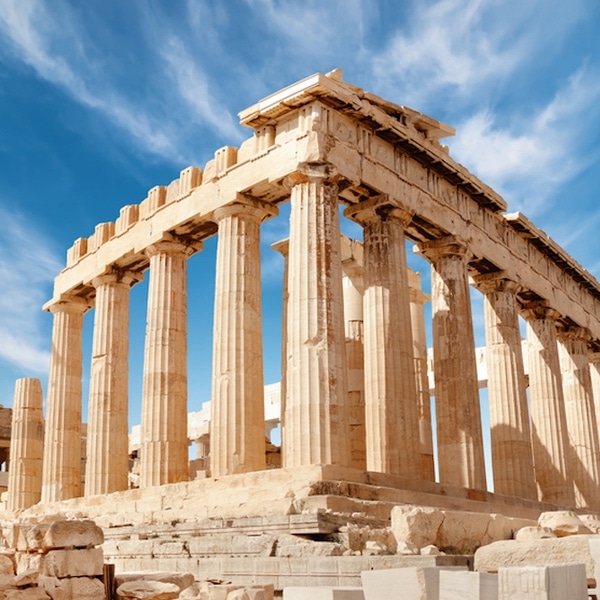 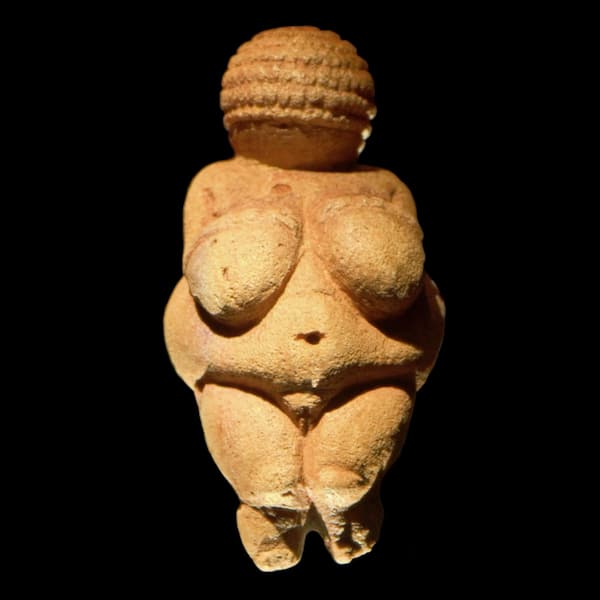 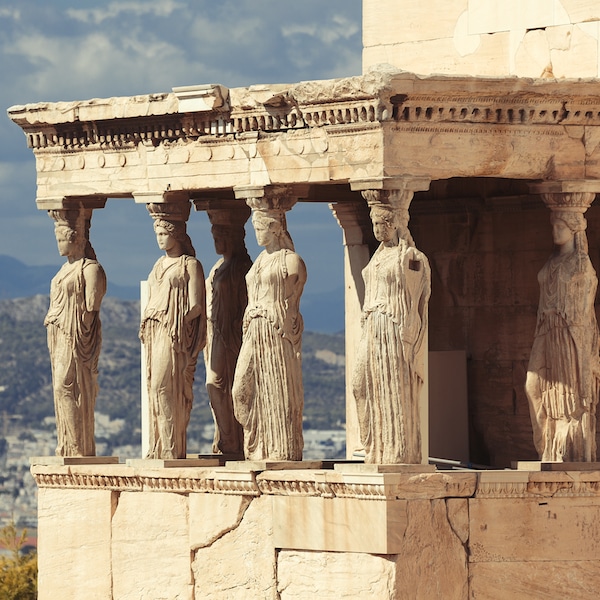 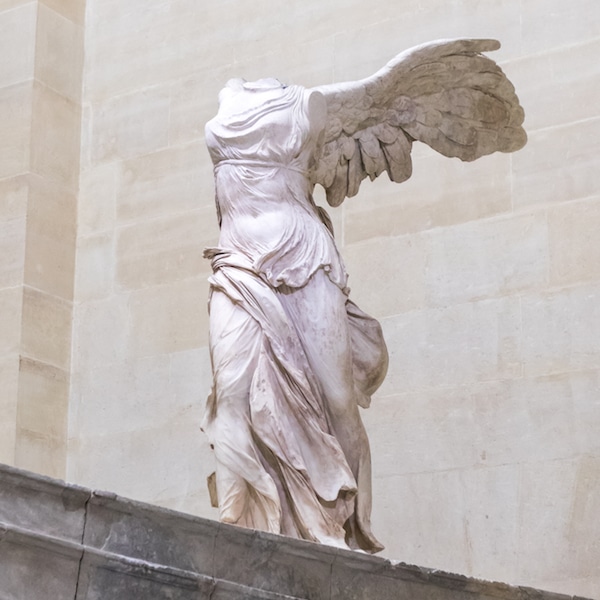 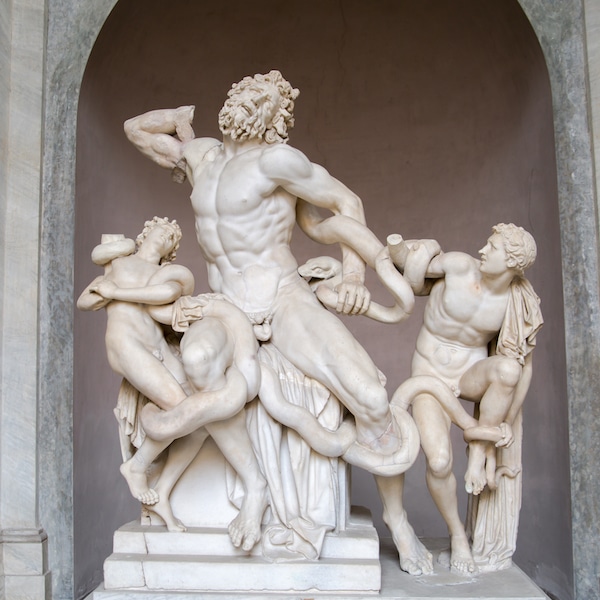 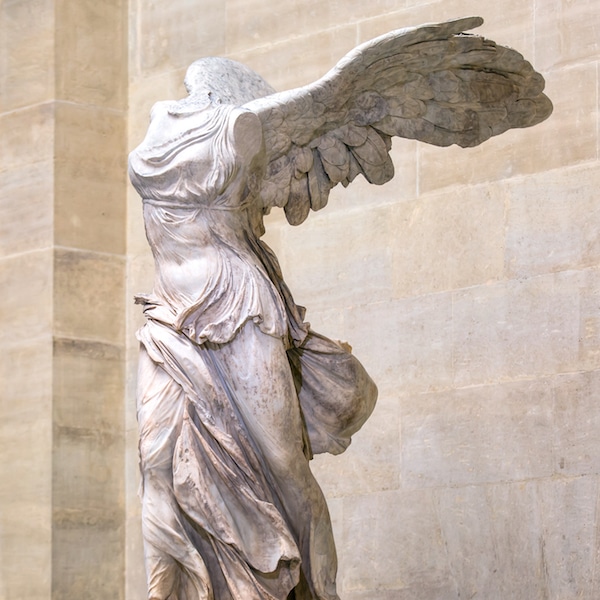