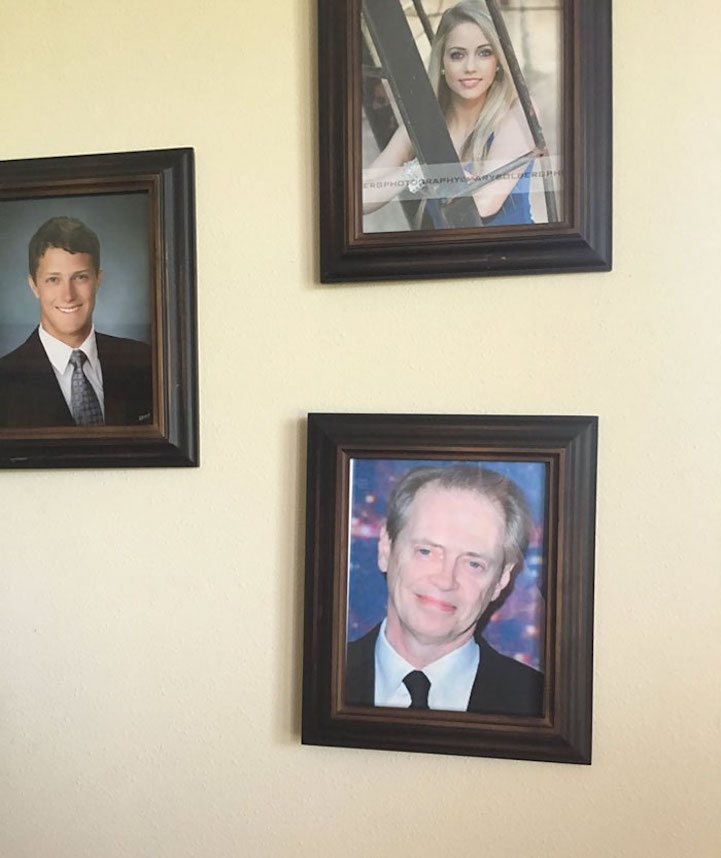 Some people have an impeccable eye and will instantly recognize when the smallest thing is out of place in their home. Others take longer to notice. Clare Manion recently tweeted a hilarious set of photos that show just how far someone will go to prove this point. “My brother has been replacing family photos with pics of Steve Buscemi and my mom hasn’t noticed,” she said of the images.

So far, the famous actor has been incorporated among stacks of books and shelves featuring framed family photos—places in which you’ve got to bend down to see him. The funniest instance of the joke, however, is where it’s also the most obvious: a portrait of Buscemi hangs on the wall among pictures of Manion and her brother. It seems that the celebrity blends in with the everyday folks just fine.

Since sharing the photos, Manion’s post has gone viral, garnering over 35 thousand retweets. Although her mom was once in the dark, she probably knows now that Buscemi is hiding among them. 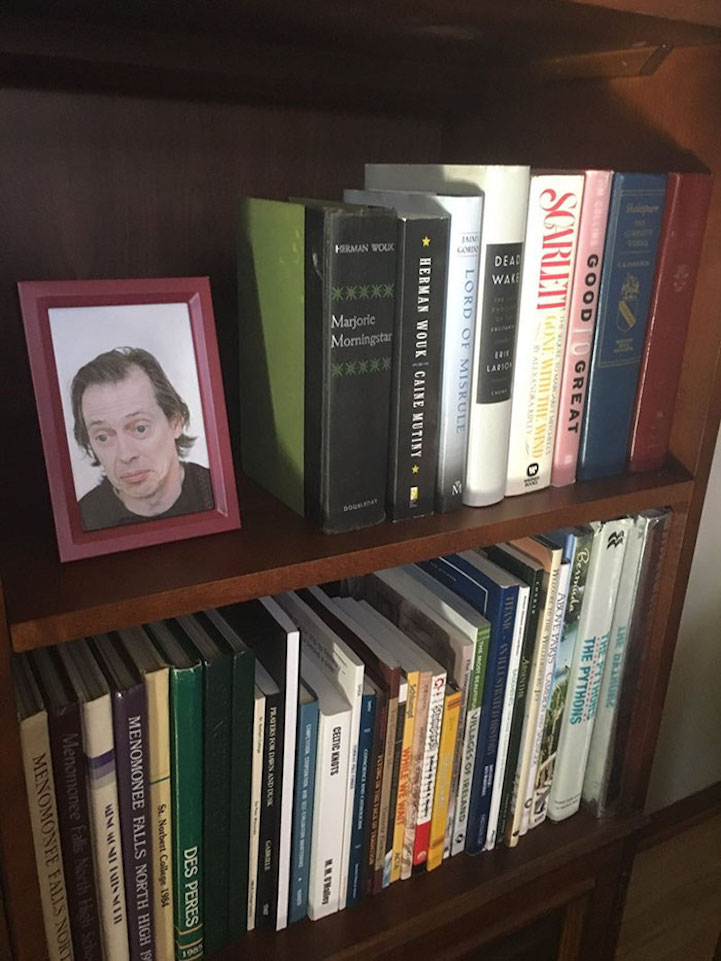 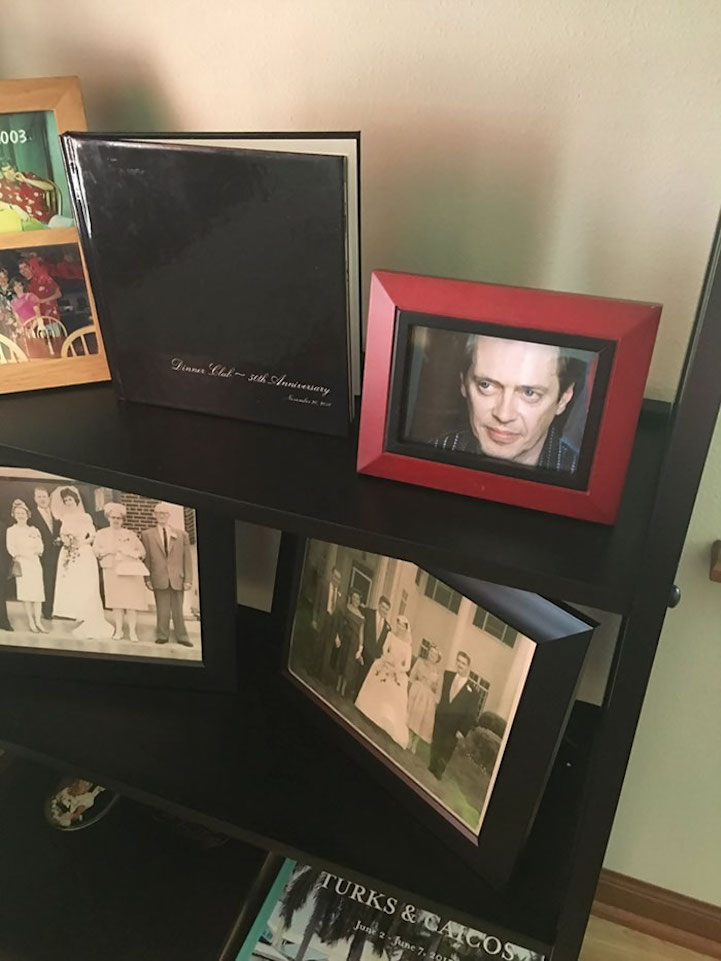 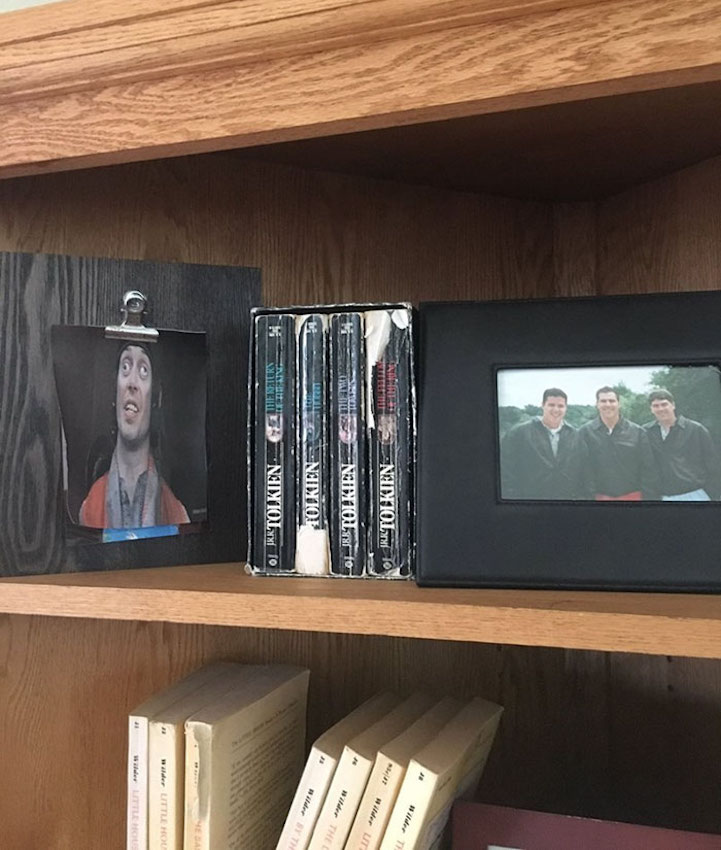