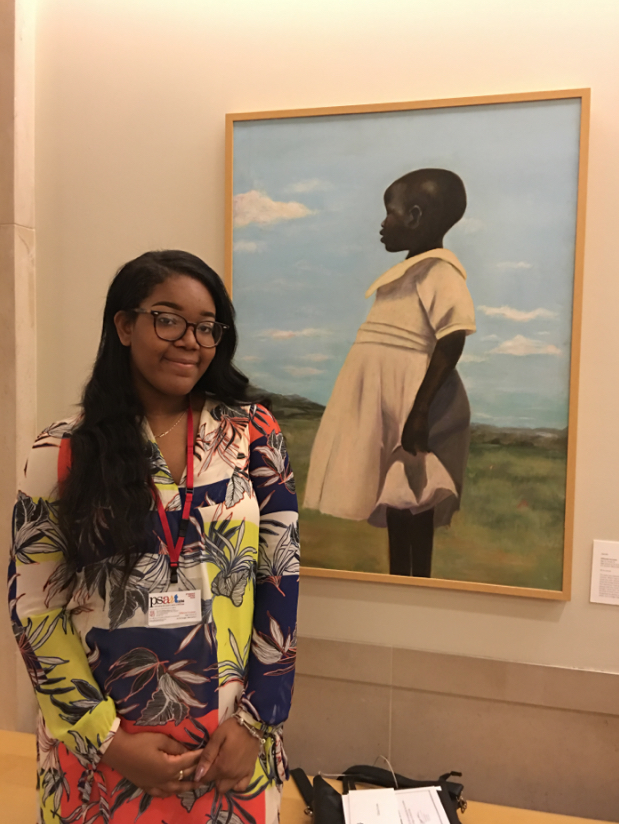 Today marks Cliffannie Forrester’s graduation from New York City’s High School of Art and Design—an achievement worthy of congratulations on its own. Last week, however, the 18-year-old artist already accomplished a major goal that most adult artists aspire towards for decades. On June 14th, her oil painting called Uganda was hung in the hallowed halls of New York’s Metropolitan Museum of Art, where it will stay until October 23, 2016. The piece is one of 89 works selected for exhibition through P.S. Art, an annual student contest conducted by the NYC Department of Education.

Forrester’s composition is based on a memory from a missionary trip to Uganda in 2014. As she told ELLE.com, “We were going to church and I saw a little girl who was just standing around, admiring everything.” She took a quick photo of the anonymous stranger, who became the subject of the now legendary painting, thanks to encouragement from her teacher, Ms. Jimenez. Jimenez also suggested that Forrester study painters like Edgar Degas and Diego Velázquez for stylistic inspiration.

To describe the process of completing the piece over the span of a month, Forrester explained on The Met's exhibition site, “I struggled to re-create the color scheme and contrasts from my references. I fused the background with the foreground in cool tones so that references I used appear seamless in the painting.” Her ultimate goal was to evoke an emotion, conveying the way that the girl in Uganda made her feel so easily at home.

Though already skilled beyond her years, the artist is just getting started. She may have completed her life goal, but she says nothing will stop her from continuing to pursue her next great museum display. We’re excited to see the masterpiece she makes next. 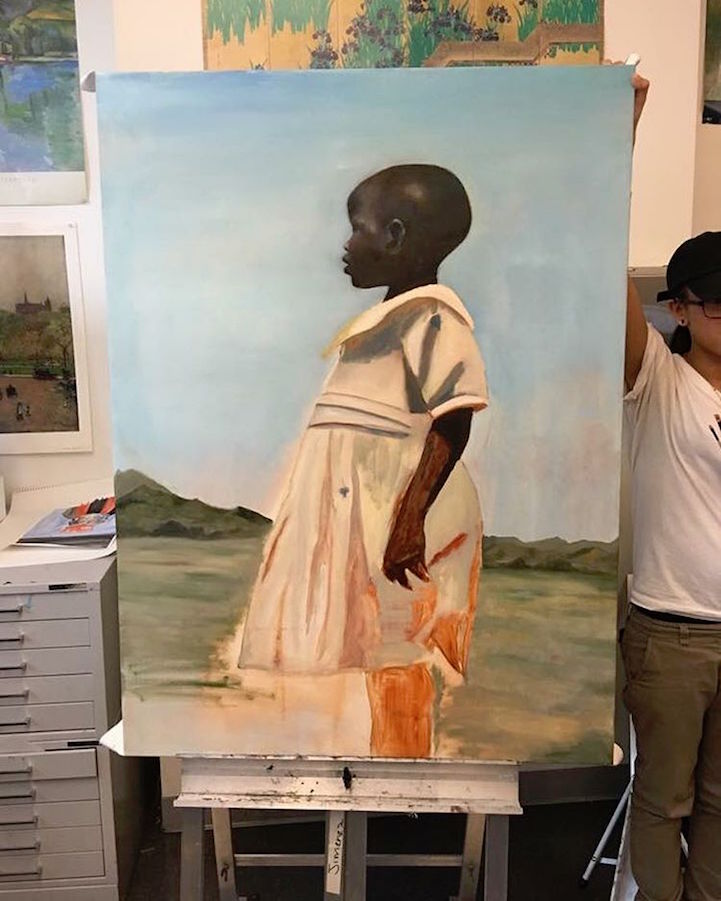 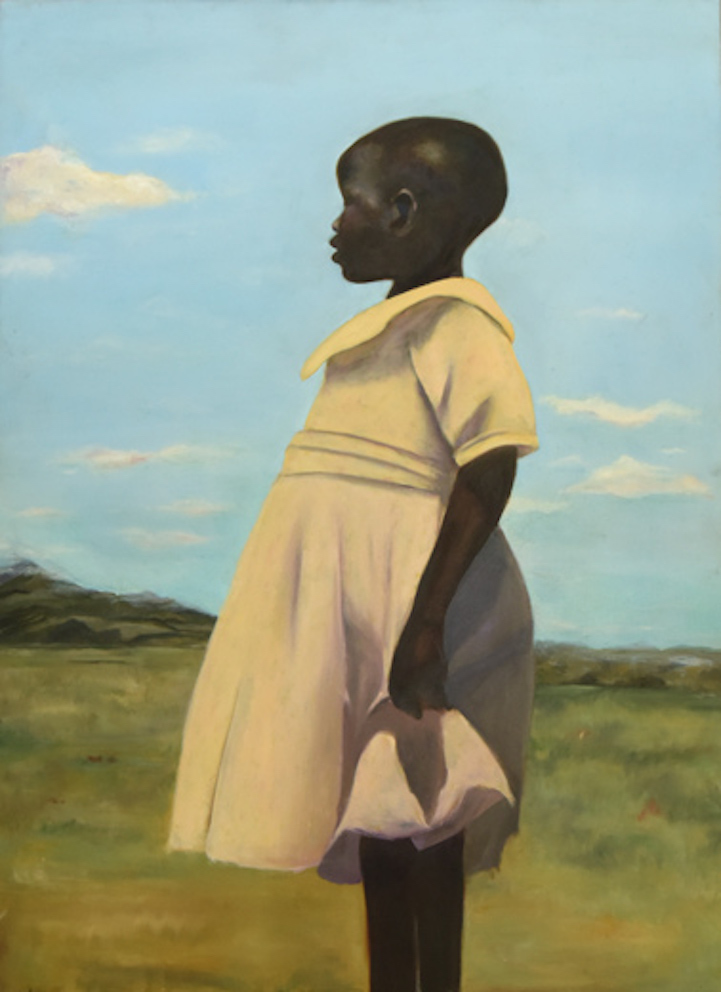 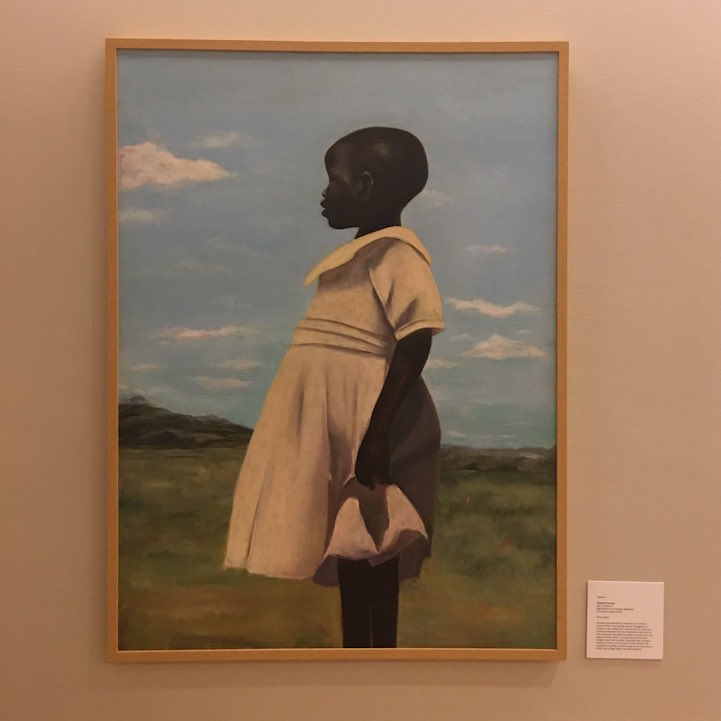 All images via Cliffannie Forrester.