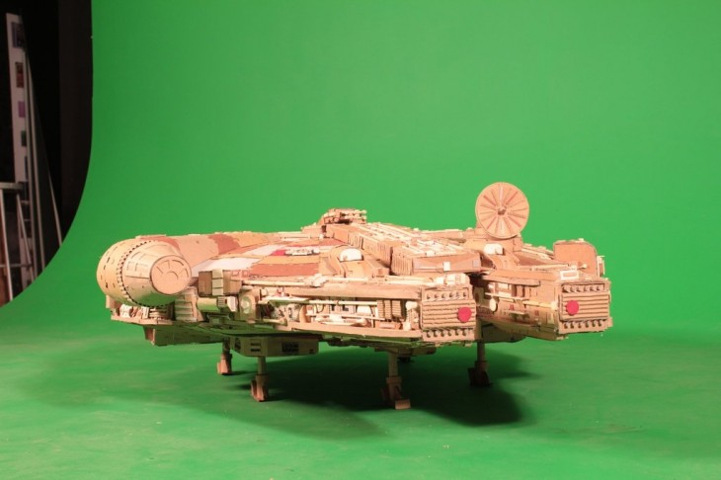 Instead of tossing out a basement's worth of cardboard boxes, animation artist Thomas Richner gave them new life as an immaculately detailed model of the Millennium Falcon. The final product measures five feet in length, and was made entirely from cardboard, glue, and a little tape. Modelled after original photos, concept drawings, and memorabilia from the Original Trilogy era, Richner reproduced the enormous replica with precision detail such as the six rear vents, the wiring running around the side, and even functioning retractable landing gear.

The photos seen here were taken in front of a green screen at the Columbus College of Art and Design, where Richner is an Associate Professor of Animation. Relishing the 140-hour project, Richner took it as a chance to increase the challenge and scale of the model work he enjoyed as a kid. As a final touch, Richner captures the awe and wonder of the legendary vessel by adding computer rendering to some of the shots, setting a scene of interplanetary adventure. 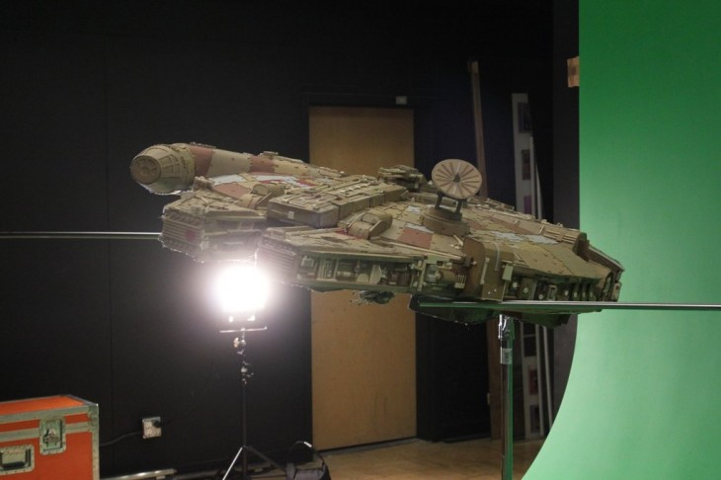 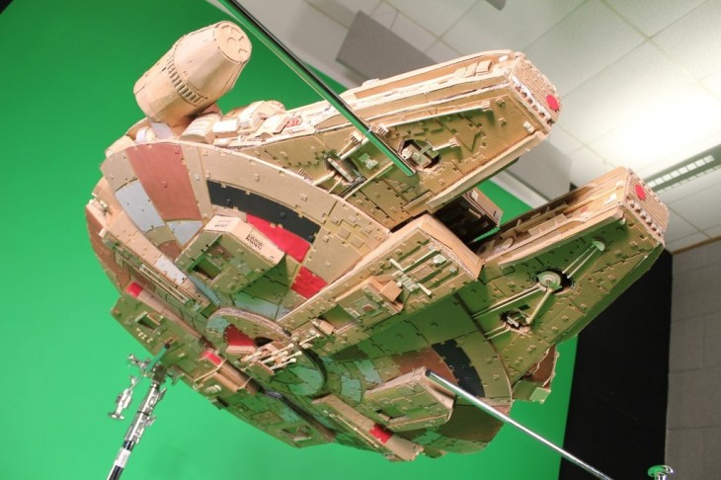 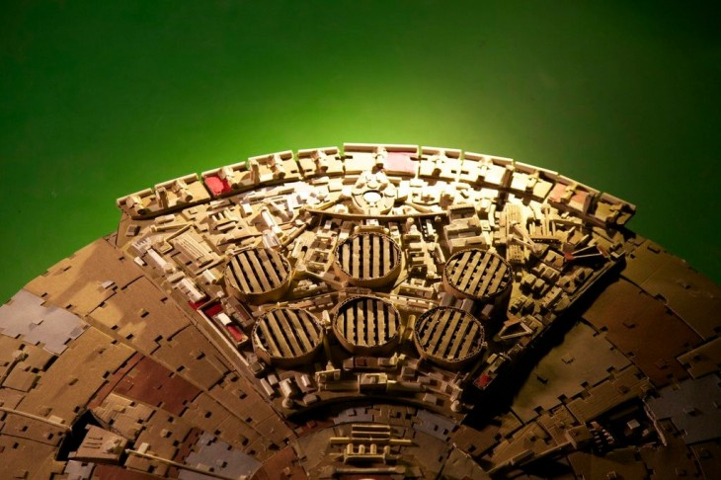 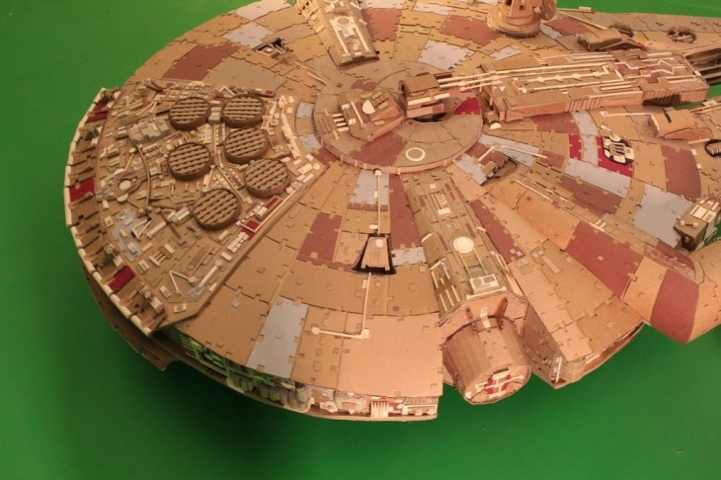 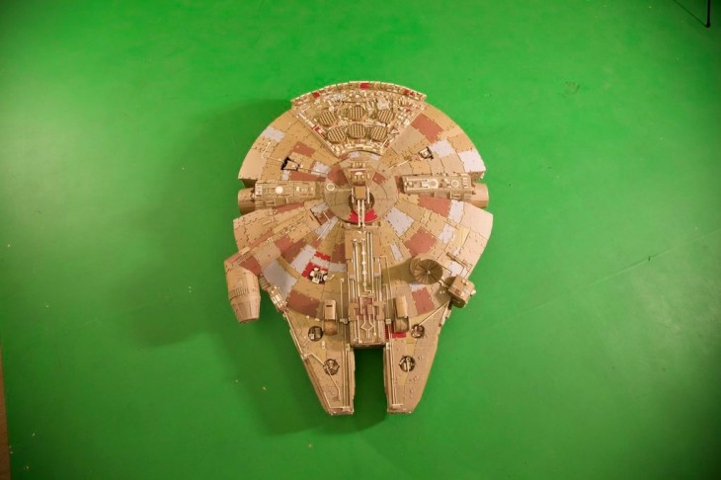 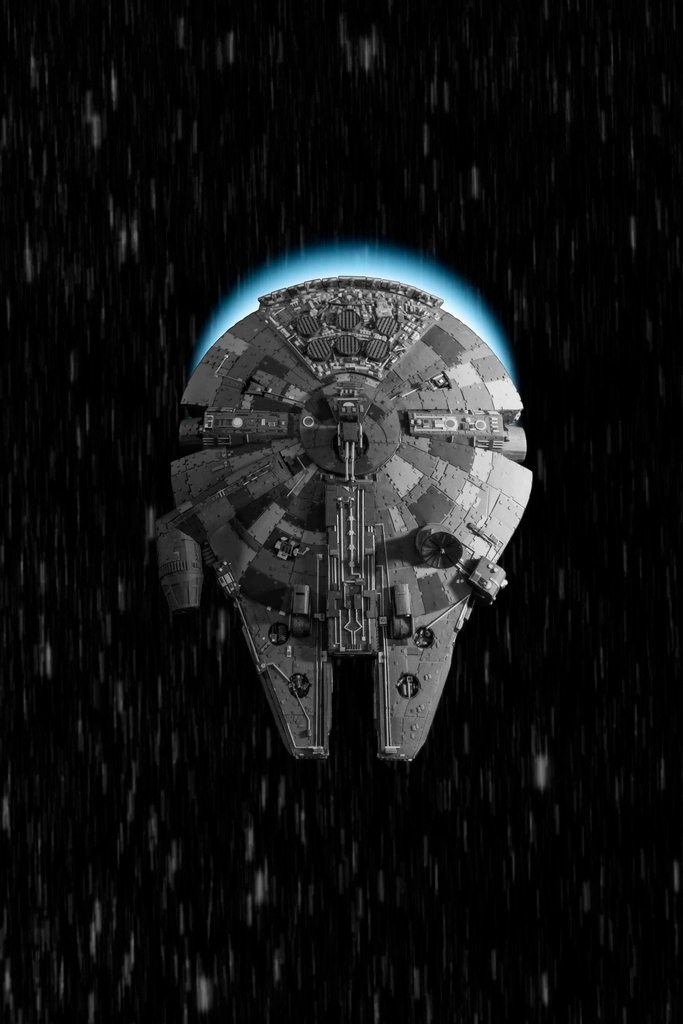 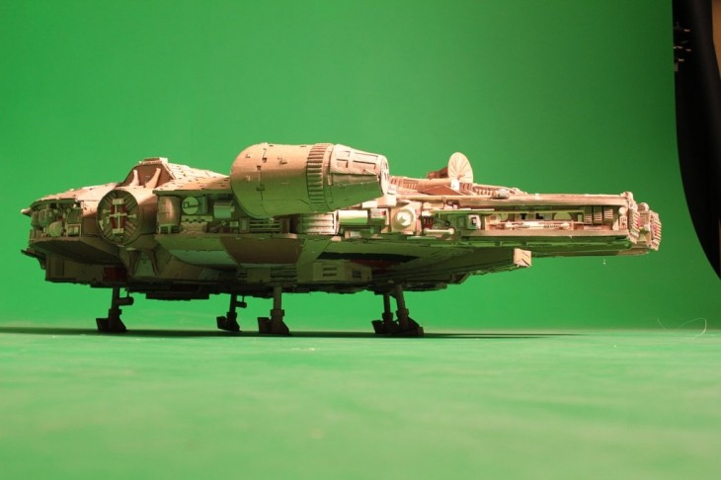