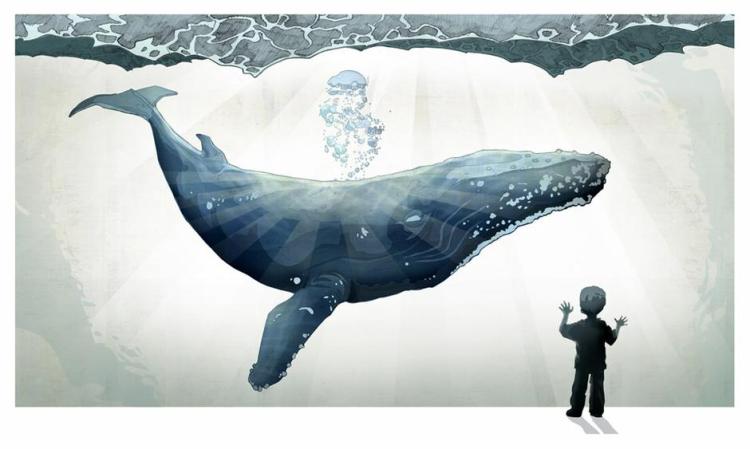 Durban, South-Africa based illustrator Colwyn Thomas creates some of the most beautiful illustrations of childhood we've ever seen. He begins each design as a pencil drawing and then converts it into vector lines. Then, he adds colors in Photoshop, using scanned in textures such as coffee stains or various papers until he achieves his desired result.

The first illustration in this post is called The Whale. When asked by Empty Kingdom what he wanted its viewers to take away from it he said, “The relationship between the wild and man is an important one for me. I occasionally work as a guide in a big five wilderness area and there are encounters one has there, with the game, with the place itself, that give me a clear sense of being something other than human. As if there was something to define ourselves as first, before we classified ourselves as human. There's such wonder and humility in finding your self a part of the world as opposed to an observer of it. So in The Whale it's not so much a whale and a little human making separate observations of one another, but two…creatures sharing a moment.”

You can find more of Thomas' lovely illustrations both on his website and Behance page.

Update: We got in touch with Colwyn to ask him a few questions. Read that interesting interview, below. 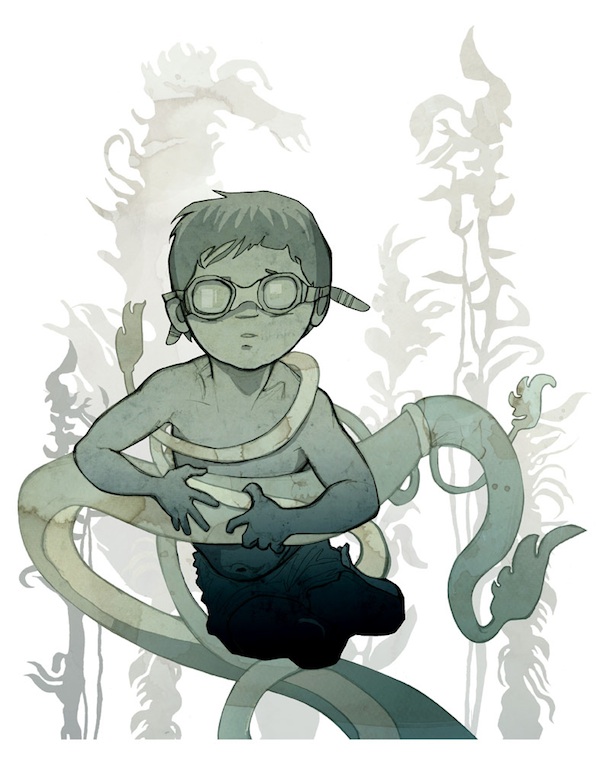 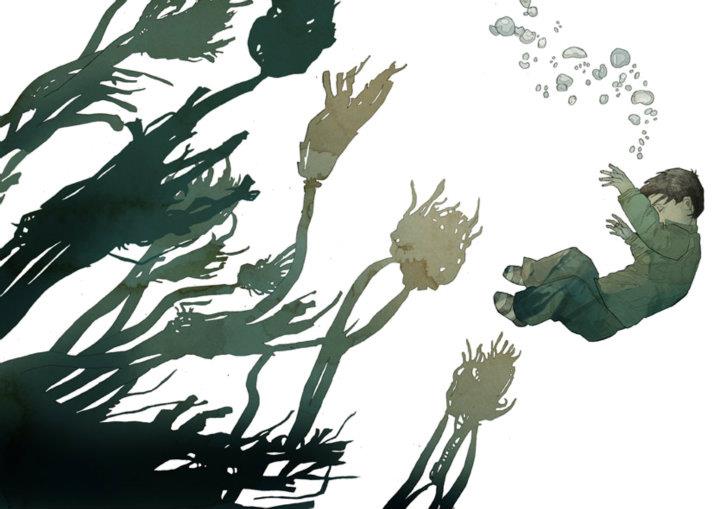 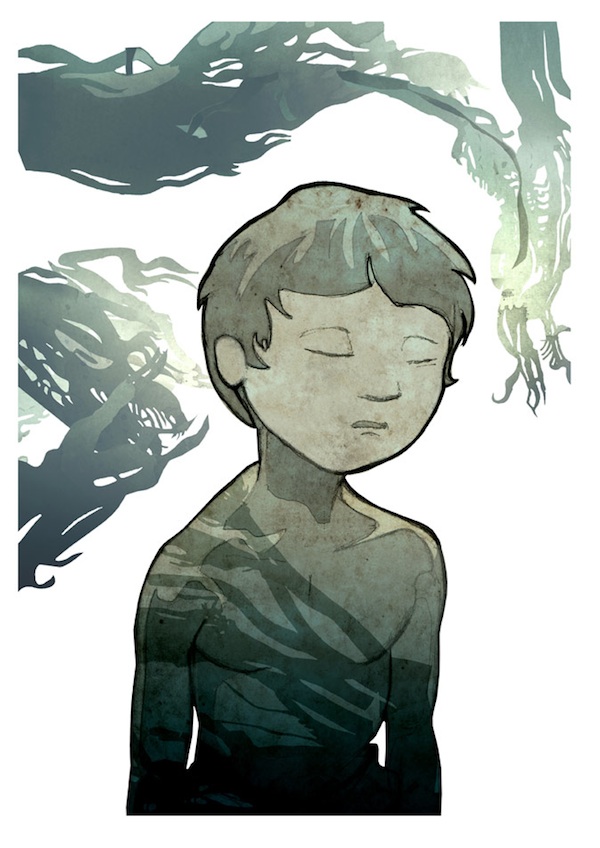 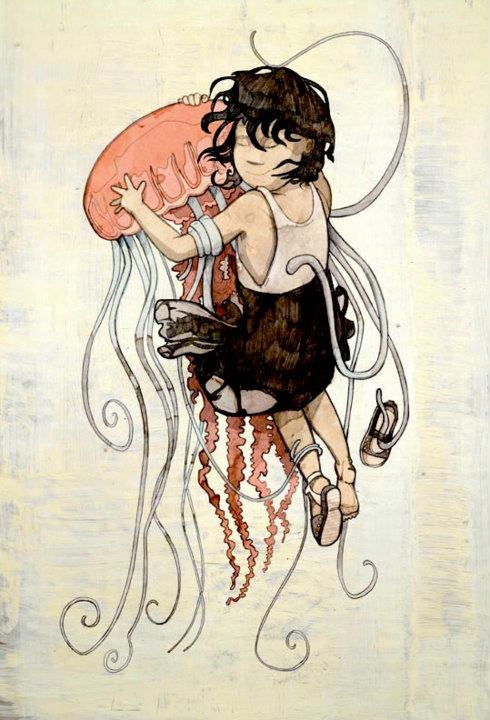 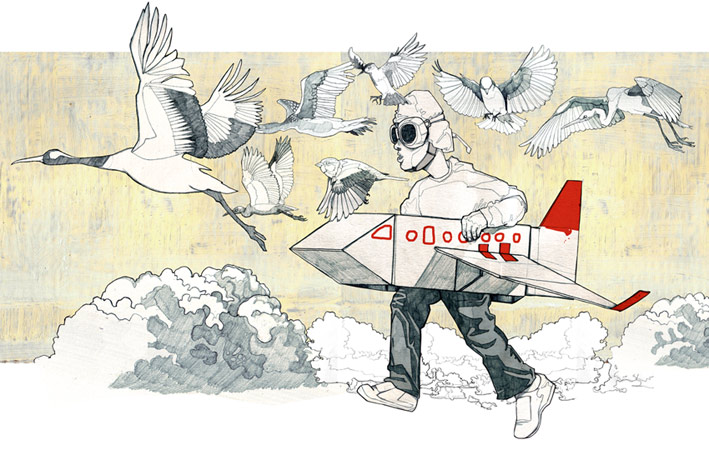 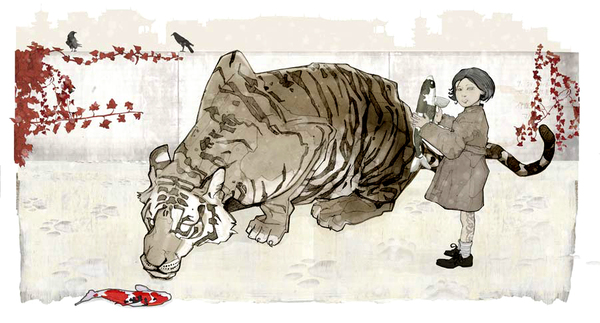 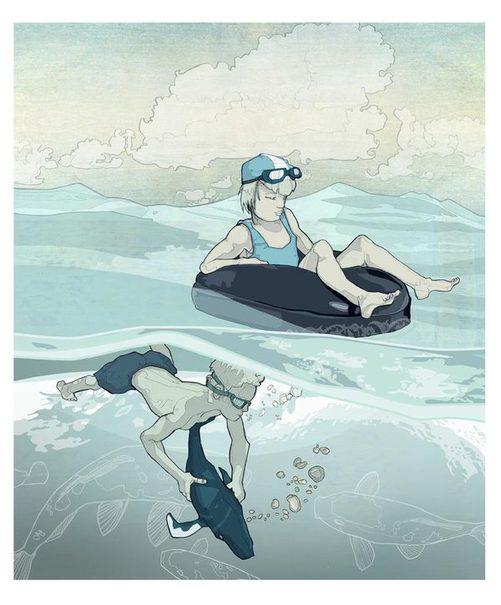 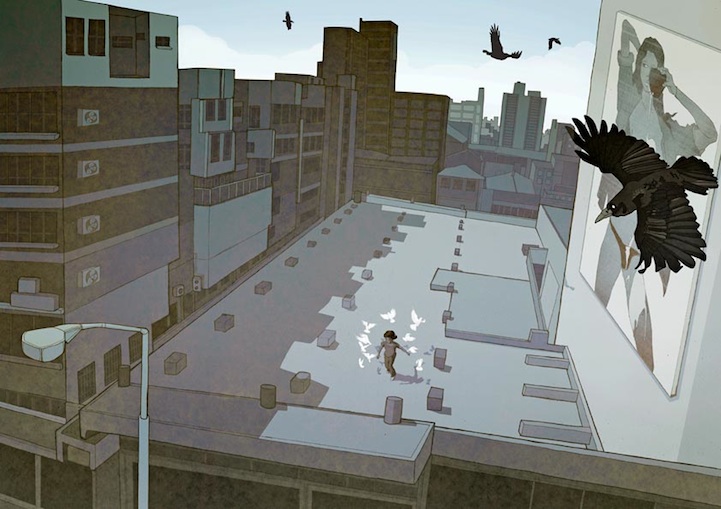 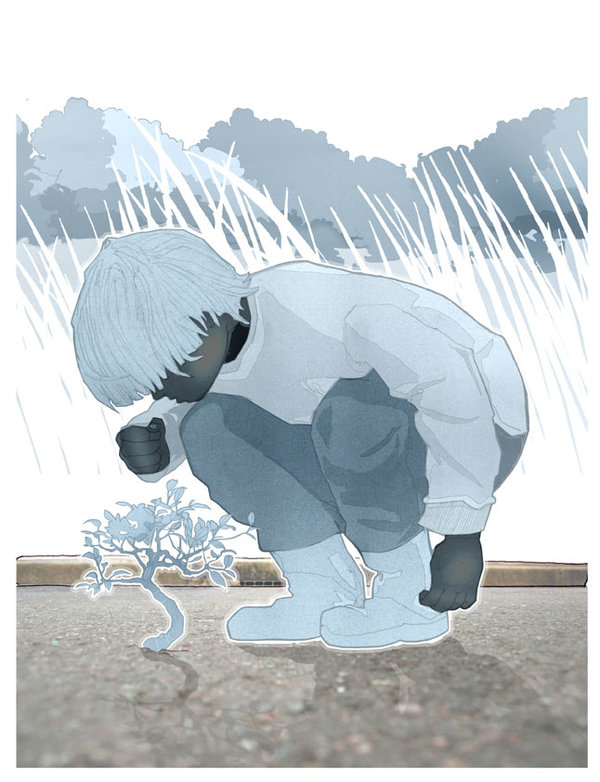 You've said in a previous interview that you can scan textures to add color. Why do you do this and what can you tell us about this process?
I scan coffee stains and various paper types, watermarks, inks and painted surfaces. Incorporating these relatively tactile surfaces into my work gives the pieces, in my mind, a roughness – a pleasing dirtiness, if you will. It removes the cleanliness of pure digital color. In the case of the coffee stains, they add an unexpected visual element – happy accidents.

Why do a lot of your illustrations involve children? What do you want to show people about that stage in everyone's life?
As a kid I was more intuitive, more susceptible to my imagination. As an adult I think more than I feel and as a kid it was the opposite. I think those are all qualities worth reinstating.

Who are some illustrators that inspire you?
James Jean was a major inspiration for some time. A handful of Batman and Spiderman pencilers were very influential for me, growing up. The Japanese woodcut artist, Kawase Hasui is huge for me. I'm in awe of Klimt.<

What's been your greatest challenge?
Letting go of the security and speed of working digitally.