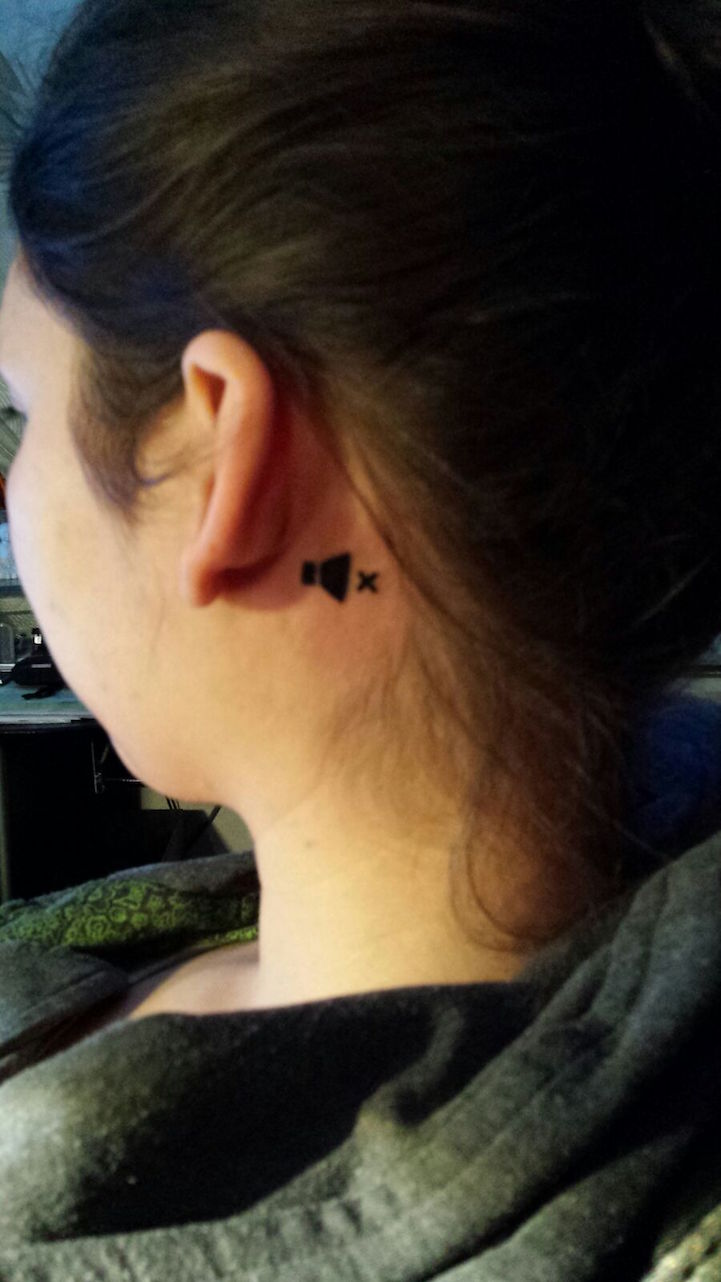 For some folks, tattoos are purely decorative, but for others, they're a helpful way to tell the world who they are. Imgur user raingoose recently got a tattoo for this exact purpose, because she's deaf in one ear. To let others know, she had a simple-yet-clever design placed behind her non-hearing ear–it's a tiny speaker with an “x” next to it. “I thought this was a friendly [way] to remind the world not to talk to me from the left,” she wrote on Imgur.

Raingoose thought about her tattoo for weeks before finally getting it inked on skin. Some users wondered why she chose a speaker instead of a microphone, but ultimately, it was about how people might perceive the icon. “I thought that people won't talk to me at all if I chose the mic… Or rather, that they think i cannot speak at all,” raingoose explained. “I may be a stutterer, but I can still articulate myself :-).”

The overall response to raingoose's ink has been very positive and seen as an inspirational act for those with the same disability–some even want it for themselves! “Don't worry, I know it sucks so bad,” she said. “But eventually you'll get used to it and it will be a tiny little thing that is a part of you.”

Since her post, other Imgur users have shared similar tattoos: 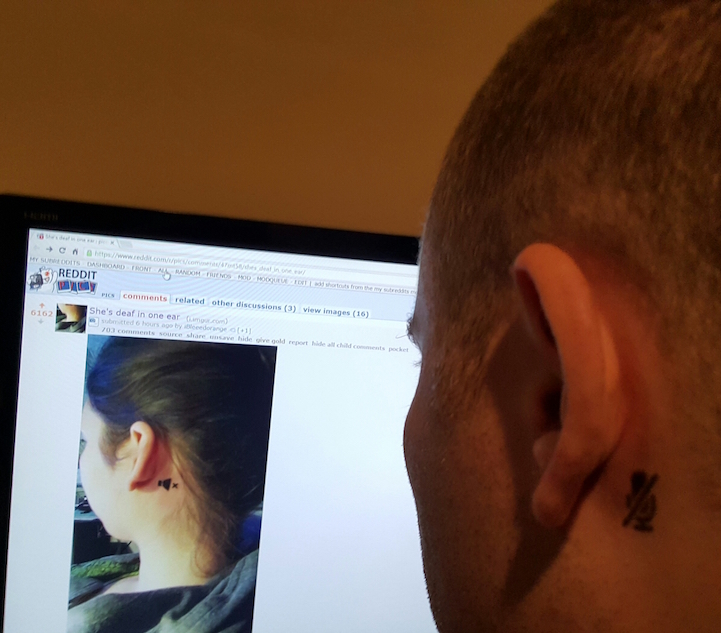 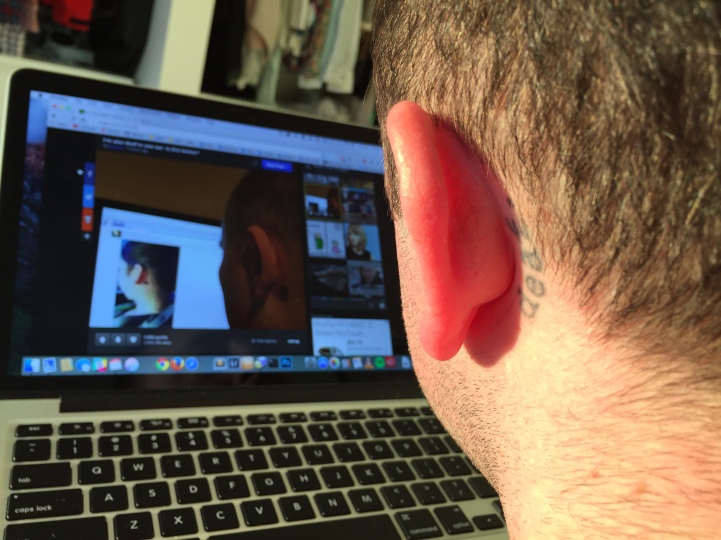