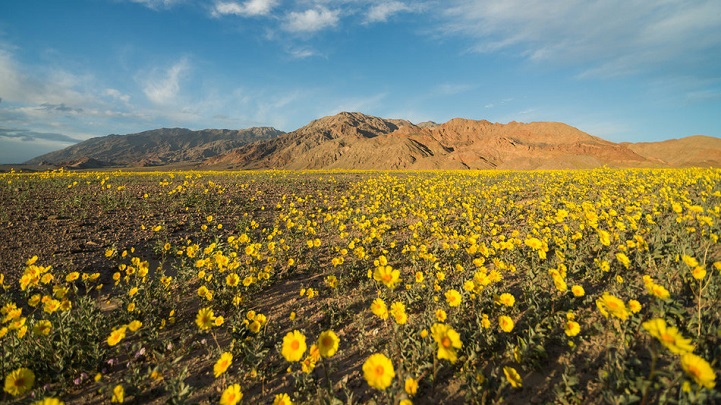 In an amazing display of natural beauty, Death Valley–the driest place in North America and the hottest place on earth–has transformed into a sea of wildflowers. Park rangers suspect this change is due to a record-breaking rainfall that occurred in October, contributing enough moisture to allow more than 20 different types of wildflowers to burst from the ground. Dubbed a “super bloom,” the stunning blossoms have completely changed the appearance of the National Park.

Death Valley holds the record for the hottest temperature ever recorded on Earth (134 degrees Fahrenheit in July,1913) and receives an average of about two inches of rainfall each year. However torrential rain in the autumn months set records and brought about damaging flash flooding in the area. Thought to be triggered by El Nio weather oscillations, the exceptional precipitation allowed thousands of seeds that lay dormant in the valley to take root and now blossom. This type of super bloom is a nearly once-in-a-lifetime event, only happening every decade or so. If you have the opportunity, definitely plan a visit to the area to check out the stunning flowers.

“I’ve lived in Death Valley for 25 years and I’ve seen lots of blooms in Death Valley, and I kept thinking I was seeing incredible blooms,” Park Ranger Van Valkenburg explained in a video about the normally arid land. “I was always very excited, until I saw one of these super blooms, and then I suddenly realized – there are so many seeds out there just waiting to sprout, just waiting to grow. I had no idea that there was that much out there.” 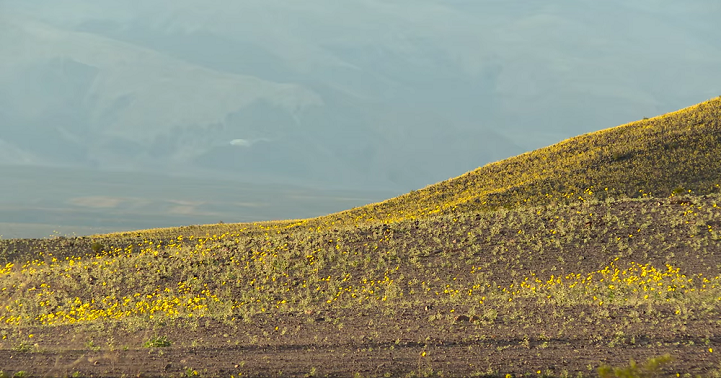 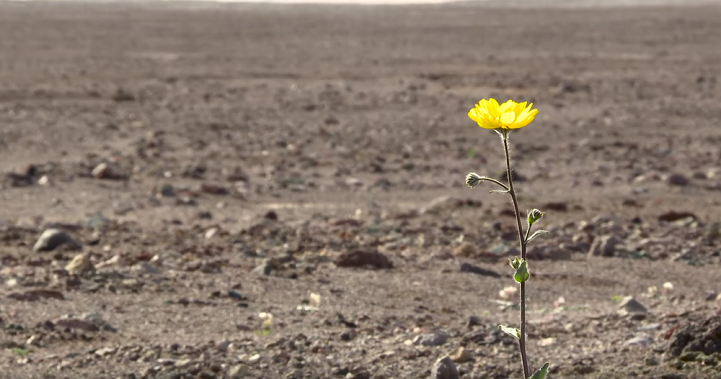 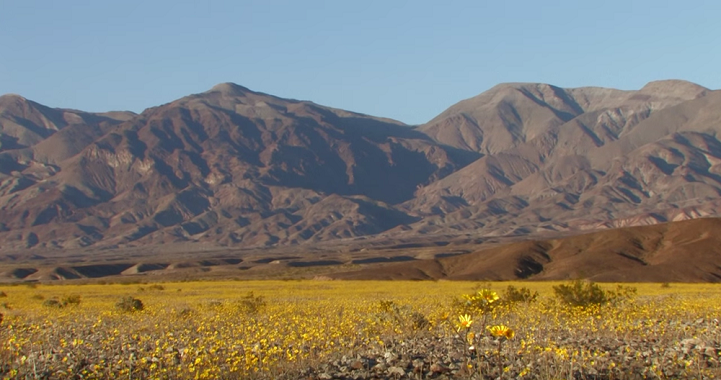 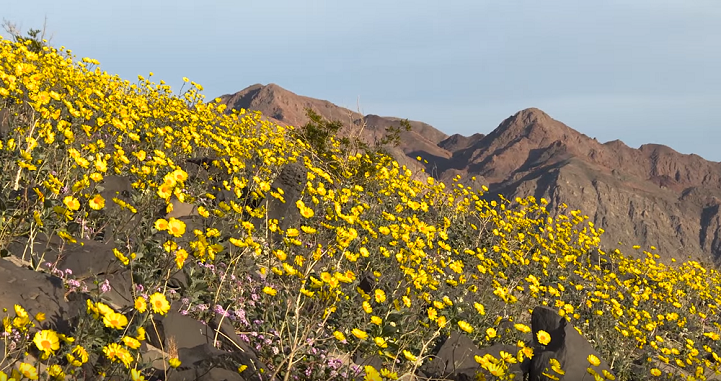 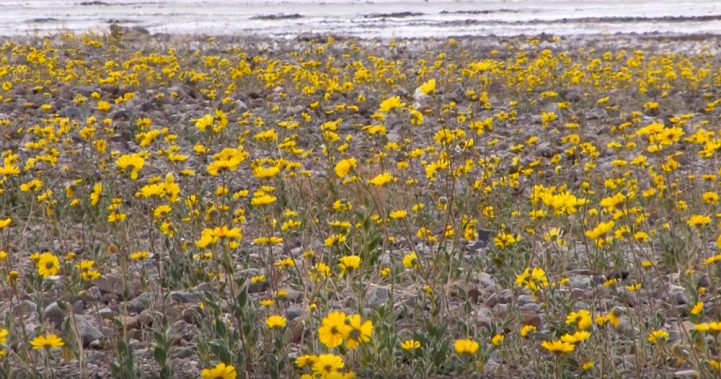 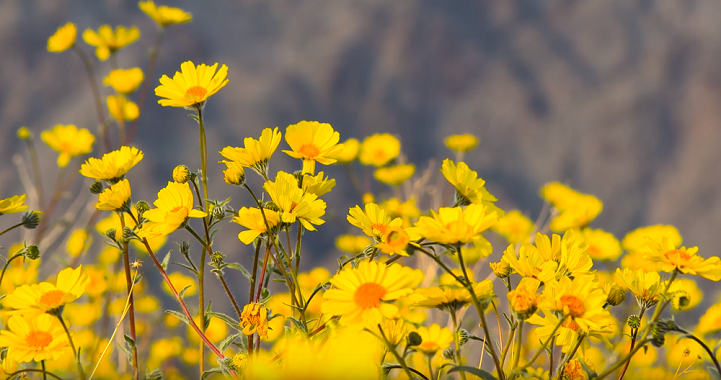 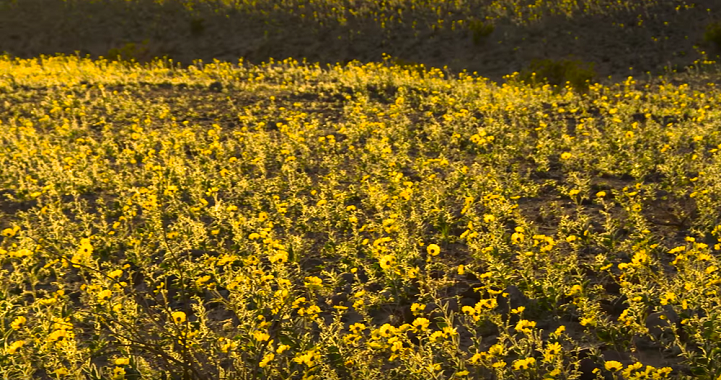 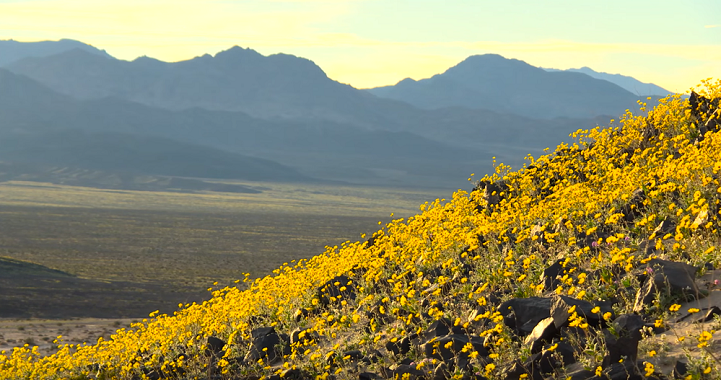 All images via National Park Service/Youtube.