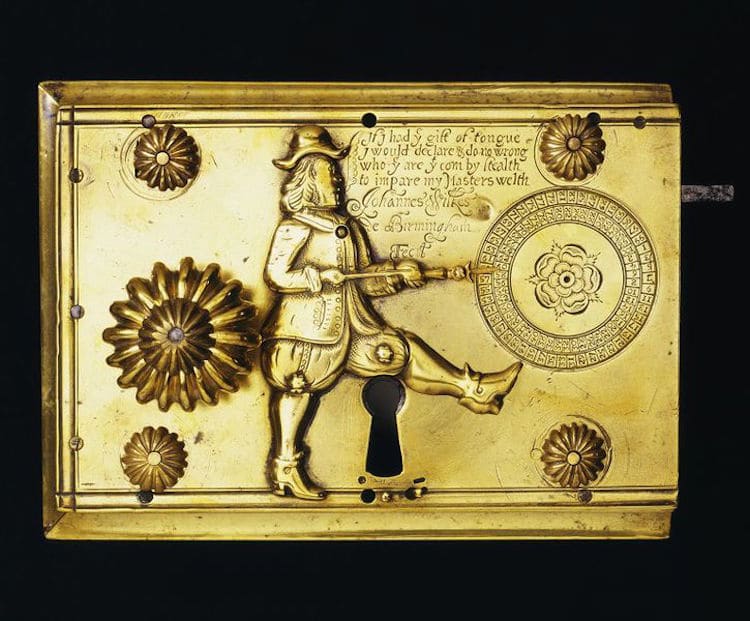 We live in an age obsessed with security, from fingerprint passcodes to keyless entry systems. But lest you think home safety is something new, we introduce a clever smart lock made over 300 years ago. This “detector lock,” so named because a counter tells you the number of times it's been opened, was created by British locksmith John Wilkes around 1680.

Now in the collection of the Victoria & Albert Museum in London, this beautifully designed brass and steel lock is built for protection. It would have been fitted to the door of a private closet, where important business took place or valuables were stored, ensuring maximum security in all situations.

How does it work? The man holding the pointer is the key to everything. A small button by his leg reveals a keyhole when pushed. The door bolt is released when cocking his hat and this action, coupled with a turn of the knob, causes it to unlock quickly. Each time the door is unlocked, the numbered disk turns, letting the pointer indicate the number of times the lock as been opened. Resetting the counter is as easy as pushing a button on the man's jacket.

The mechanism employs a double protection system often applied to this day. The use of the key, coupled with the complex actions needed to make the lock function create an additional layer of security.

Can't make it to London to view the original? There is another version in Amsterdam's Rijksmuseum, or watch the video below to see how this 330-year-old smart lock works.

How does this smart lock work? The man's leg conceals a hidden keyhole revealed by the press of a button. 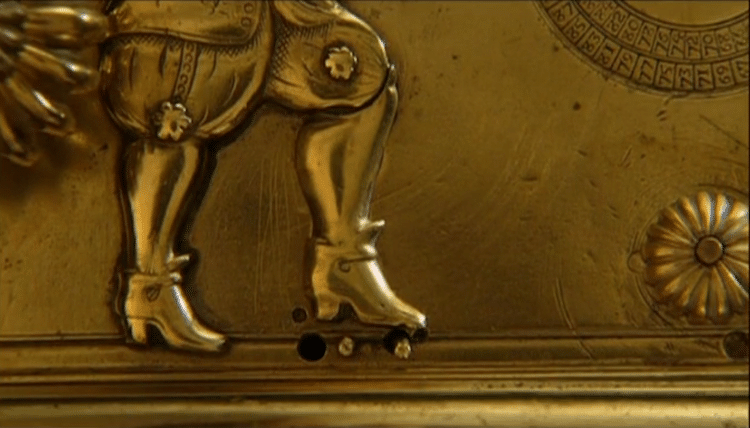 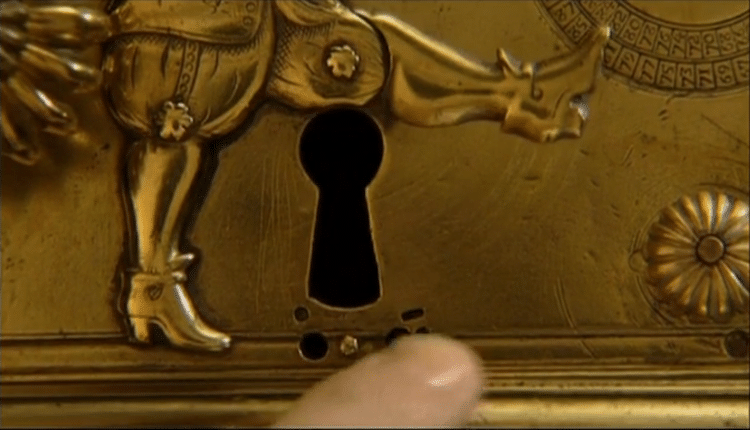 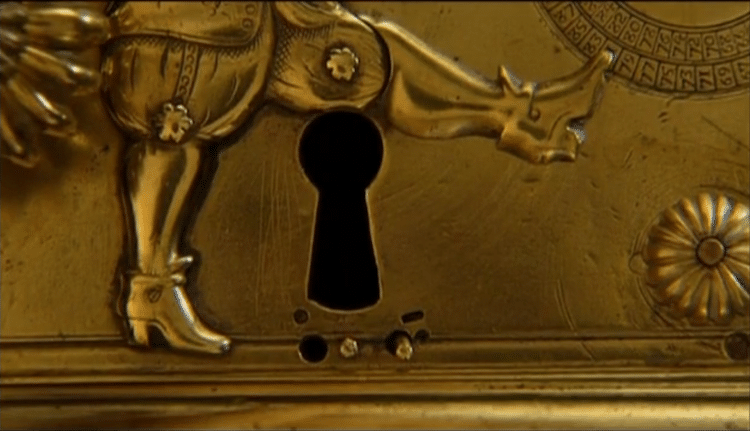 Cocking the man's hat releases the door-bolt, while turning the knob at the same time opens the lock. 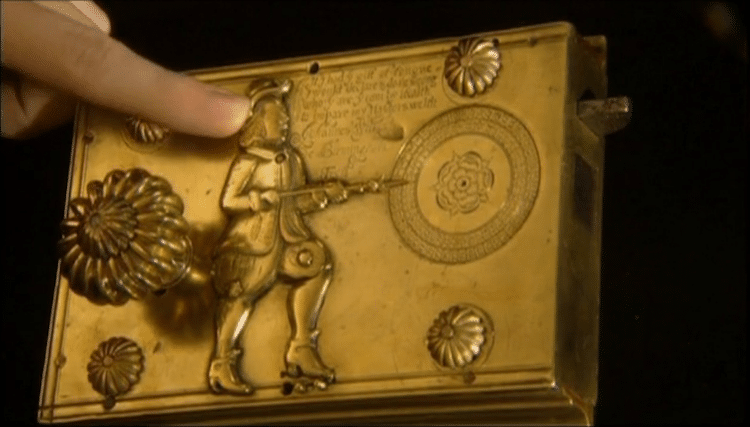 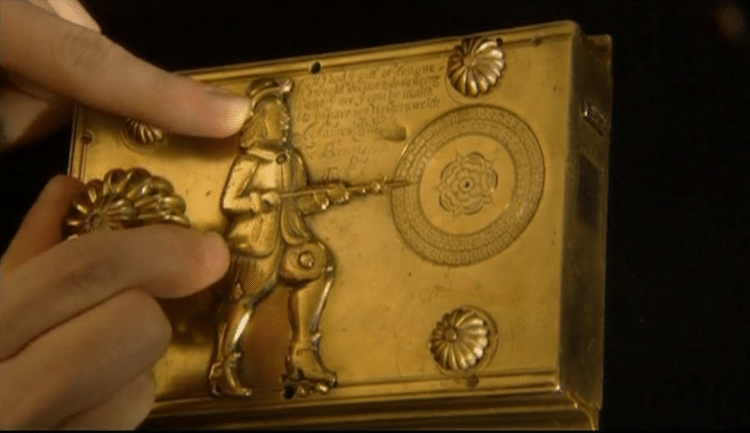 Each time the detector lock is unlocked, a disk rotates, causing the pointer to show how many times it's been opened. The counter is reset after reaching 100 by pressing a button on the man's jacket. 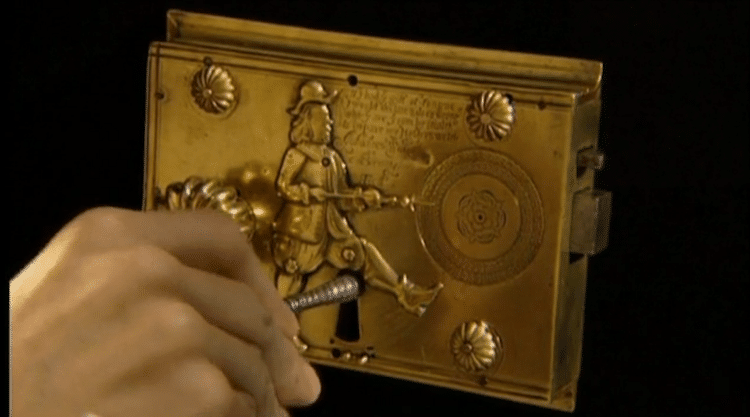 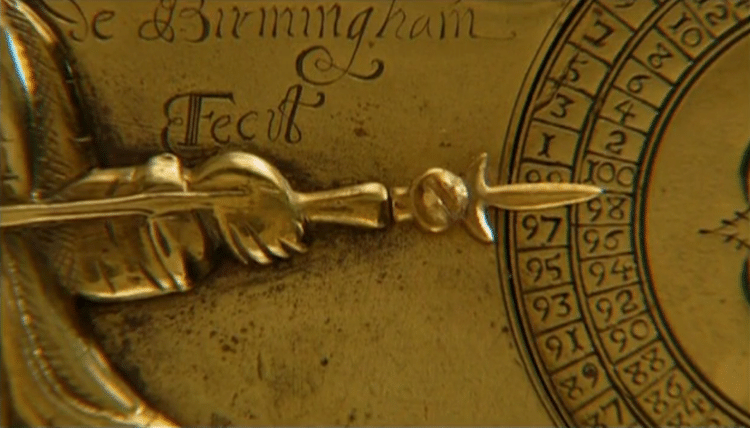 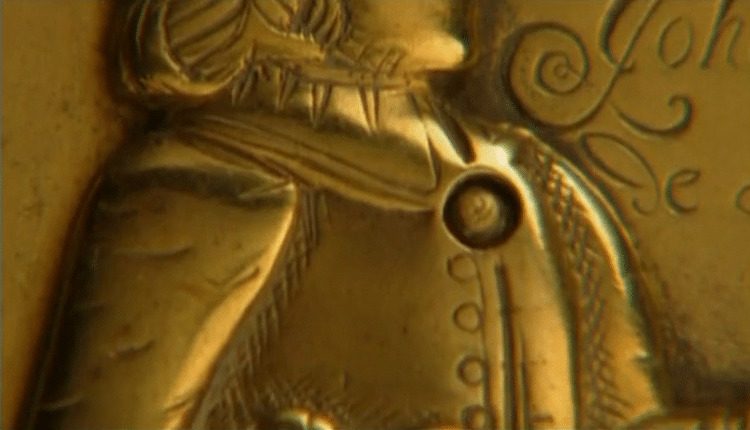 An inscription on the vintage lock reads “If I had ye gift of tongue / I would declare and do no wrong / Who ye are ye come by stealth / To impare my Master's wealth.“ 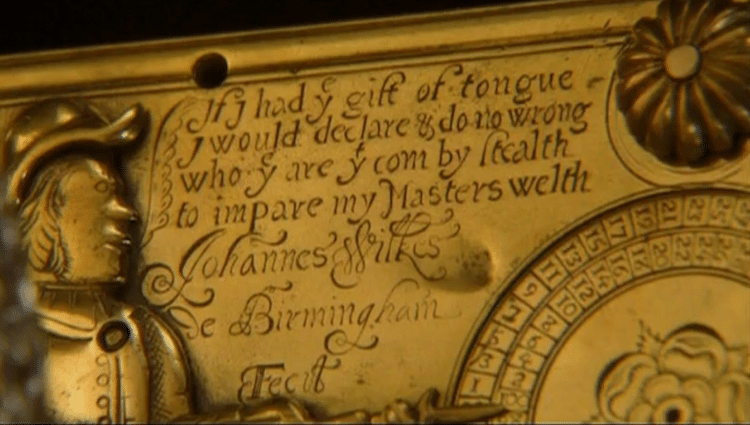 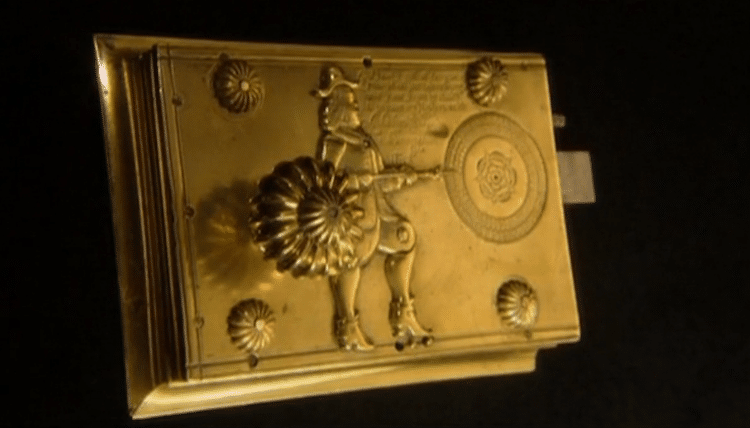 All images via the Victoria & Albert Museum.