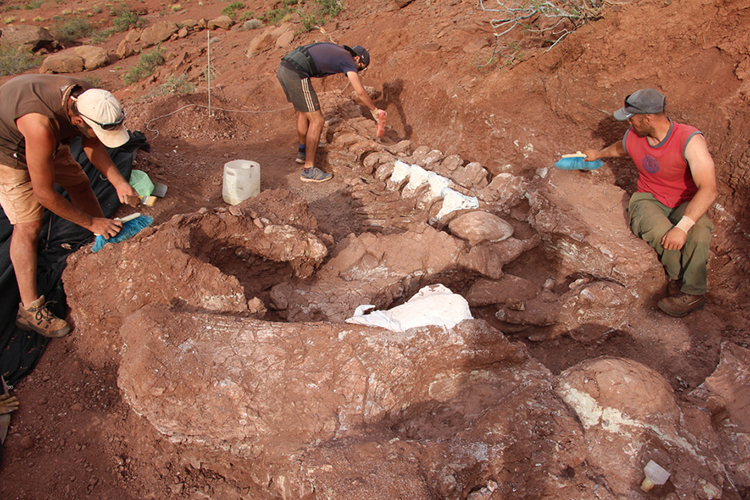 The region of Patagonia is known for its beautiful vistas; but among paleontologists, the region is also known for its fossils. Rich deposits of bones have revealed the presence of giant dinosaurs who once walked the river deltas of the region. A recent paper published in Cretaceous Research has announced an exciting new find from the Neuquén Province in Argentina, which lies in the northwest part of Patagonia. Years of careful excavation have revealed vertebrae and pelvic bones belonging to a mysterious, giant sauropod—a type of dinosaur with a long neck, long tail, and four legs. The researchers plan to continue digging for the rest of the skeleton, but they are already suggesting this may be the largest animal that ever walked on Earth.

The newly announced fossils were discovered in a rock formation called the Candeleros Formation which formed from sediment in a river flood plain during the Upper Cretaceous period about 98 million years ago. The fossil was discovered in 2012, and excavations began in 2015. According to a statement made by Dr. Jose Luis Carballido (one of the authors of the recent paper), “the specimen is terrific, because it is practically articulated and we have more than half of the tail, many hip bones and, obviously, the specimen is still [in] the rock, so we are going to have a few more years of excavations.” So far, the team has uncovered 24 vertebrae from the beast's tail as well as parts of the pelvic and pectoral girdles.

Although excavations are not complete, the bones which have been excavated suggest an enormous dinosaur. According to Dr. Alejandro Otero—lead author of the paper—the bones are “between 10 and 20 percent bigger” than the corresponding fossils of the largest dinosaurs previously documented. It is not yet clear if the new fossil is a member of a known species or a yet-undefined new one. However, it is clearly a type of titanosaur.

A titanosaur is a type of sauropod which has been discovered in fossil beds around the world; the largest known individuals have been found in Patagonia. A type known as the Patagotitan weighed in at 77 tons, while the Argentinosaurus reached 110 tons and up to 40 meters (131 feet) in length. While paleontologists will need to excavate a femur or humorous bone from the new fossil to estimate its weight, the ancient dinosaur seems to have towered over the other inhabitants of the region. More exciting discoveries can be expected as the fossil continues to emerge from the earth.

In the Patagonia region of Argentina, paleontologists have discovered vertebrae from what may be the largest animal to ever walk the earth.

The team on the site of the dig. (Photo: CTyS-UNLaM Agency)

Stuck in sediment dating to the Upper Cretaceous period about 98 million years ago, the fossil appears to be a titanosaur—a type of sauropod dinosaur. 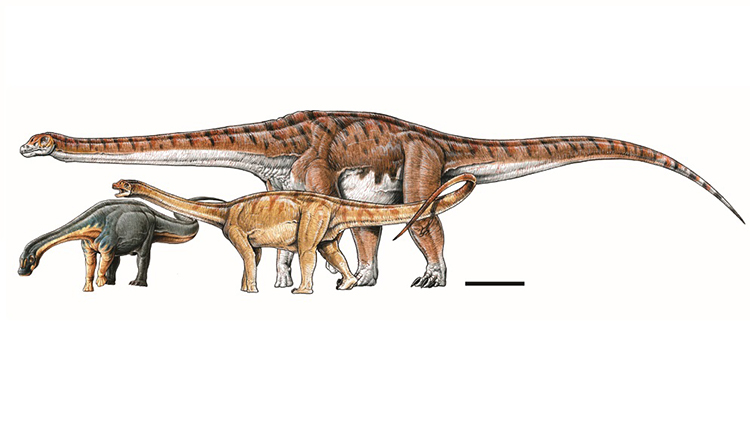 With a long neck and tail, this dinosaur may be larger than other titanosaurs, which can reach up to 130 feet long and weigh 100 tons.

As researchers excavate more of the skeleton, science will learn more about this colossal animal. 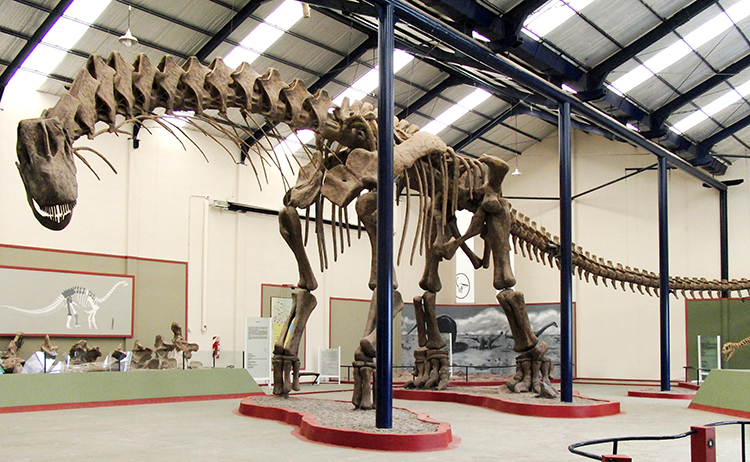