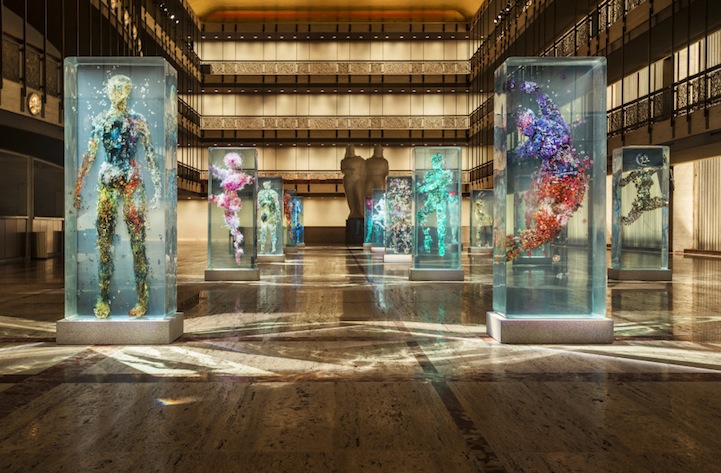 The figures, part of his series Psychogeographies, appear to be frozen in fluid motion. They leap, kick and jump with outstretched arms, evoking images of graceful poise and exuberant self-expression. The figures are further animated by light streaming through the turquoise-tinted glass encasings. They are perhaps denser than they appear: Each sculpture weighs about 3,000 pounds.

This installation is characteristic of the work for which Yellin has become famous. Although most sculptures created by the 38-year-old Brooklyn resident are considerably smaller, they usually depict 3D human shapes suspended in glass. 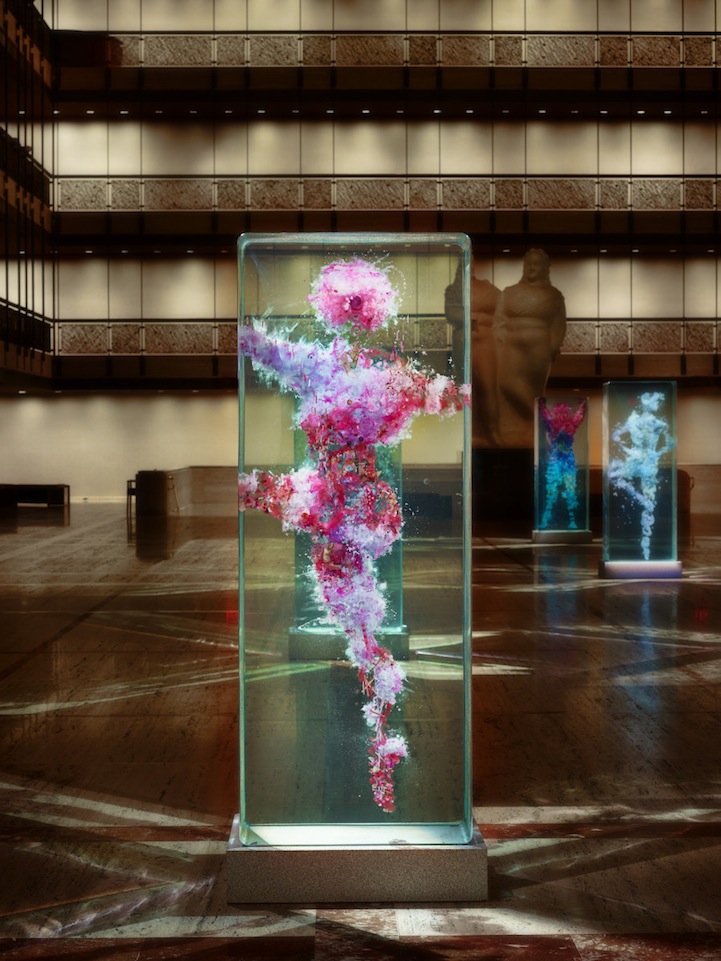 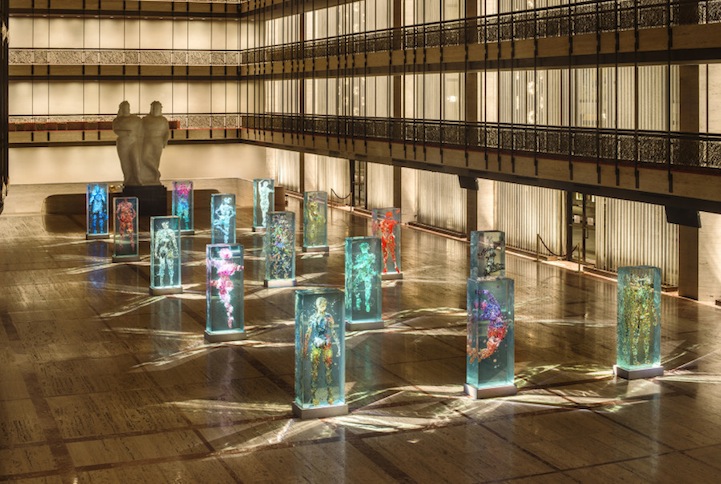 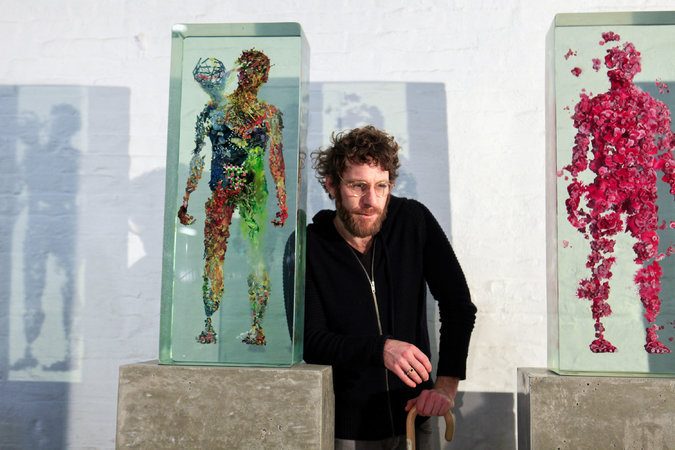