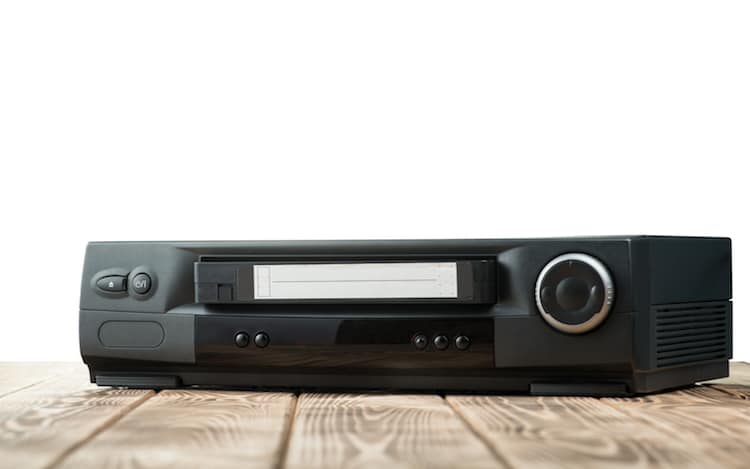 If you've ever used eBay, you know that transactions on the site are typically inconsequential. Objects are bought, sold, and sent with little fanfare, and most communication between venders and customers is minimal. For 31-year-old Matt Shoukry, however, what seemed like a straightforward sale turned out to be an unforgettable experience.

Shoukry recently decided to sell his VCR on the popular online marketplace. To Shoukry, the old object held no sentimental value, making its impending sale nothing special. “I don’t even remember where I got the VCR,” Shoukry told Good Morning America. “I think I sold it for about 30 or 40 bucks.”

After receiving the payment, Shoukry shipped the VCR to the buyer. While he knew nothing about the machine's new owner when he packed and sent the parcel, he would soon learn all about him thanks to a surprising piece of mail.

In a hand-addressed envelope, Shoukry found a letter from the shopper, who turned out to be an 86-year-old man. After purchasing Shoukry's VCR, he was so impressed with his customer service that he decided to thank him personally. “Thank you so much for your care, your efforts, and your promptness,” he wrote.

While the heartfelt thank you note is inspiring in and of itself, it is the way that the elderly man used the VCR that really touched Shoukry. “I watched tapes of my retirement party from 25 years ago which I had never seen before,” he said. “Then a tape of my wedding with all the family and friends, many of which are no longer around. Then skiing trips, kids growing up, travels, and most importantly the gentle maturing of my family. Each one more fun than the last. All thanks to your generous selling of the VHS player.”

This feeling of gratitude was not one-sided; in fact, Shoukry compares the effect of the letter with that of the VCR, noting that both parties have been equally moved. “This just shows how one small gratitude or something so small can have such an impact,” Shoukry noted. “I didn’t think much about it when I sold the VCR and I’m sure that man didn’t think much about it when he sent that letter, but it impacted each of us in such a big way.”

Read the heartfelt letter below! 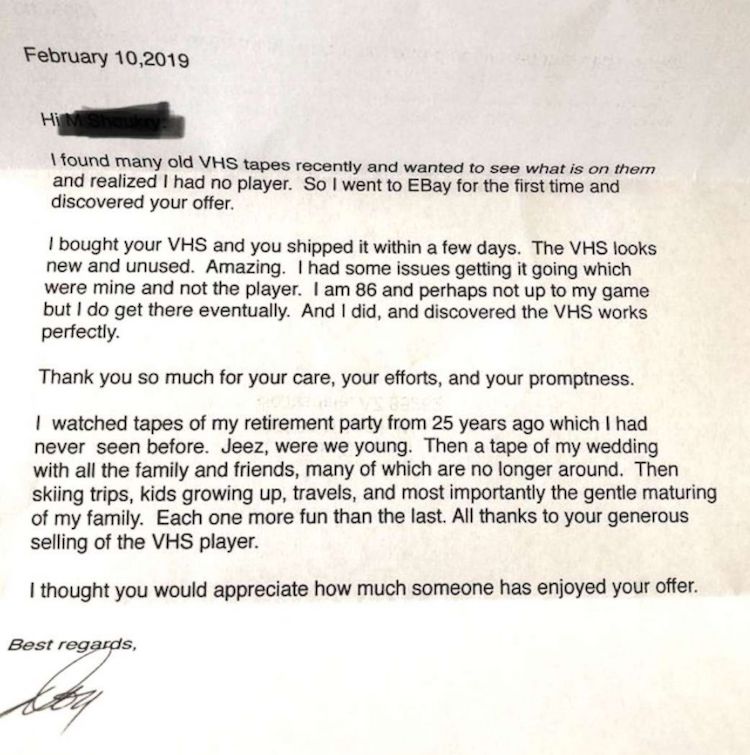