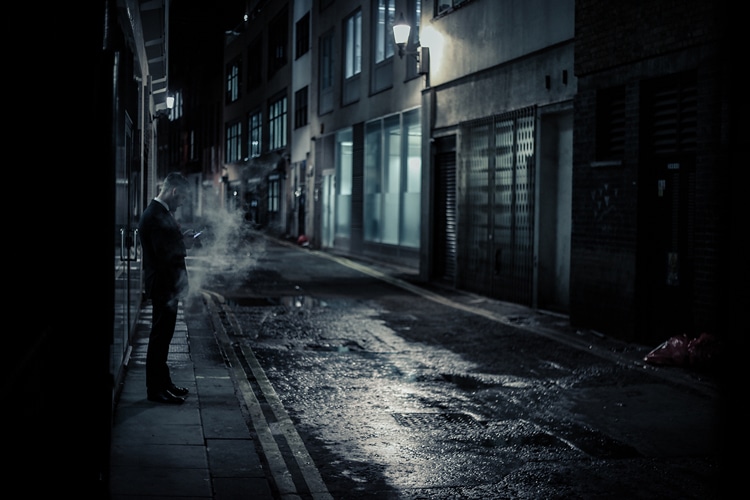 Photographer Edo Zollo stalks the streets of London, pointing his lens at the mysterious happenings that could only occur after dark. As the bustling city empties out, he takes the opportunity to capture unique street images tinged with a touch of film noir.

Zollo has lived in London for 15 years, and it's here that he picked up the habit of taking to the streets when he found himself consistently awake after midnight. The results are voyeuristic images of solitary figures as they go about their business, unaware that they are being photographed. Shrouded in mystery, are they brokering a nefarious business deal or stealing a moment away from a tawdry love affair? Not even Zollo knows, but his unique brand of street photography keeps viewers wondering.

We had a chance to ask Zollo about his nightly photography habit, how London inspires his work, and where he hopes to take his project next. Read on for our exclusive interview. 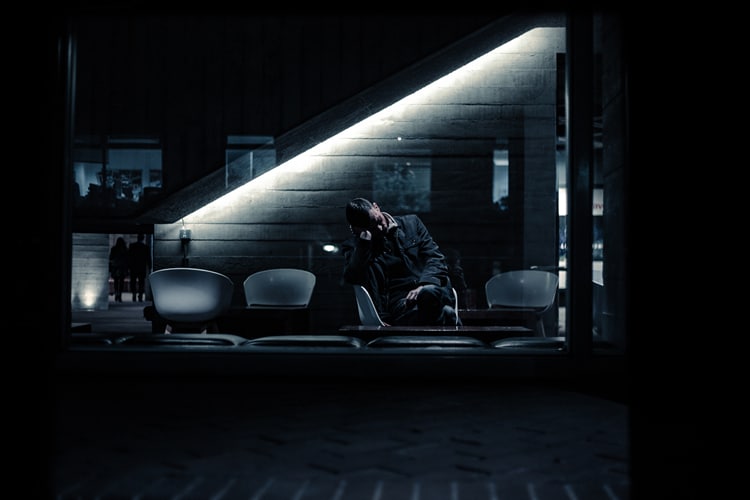 Your father was a photographer. How did that influence your decision to undertake the same profession?

I have lots of memories of spending time with my dad in his darkroom; seeing him pour “water” on white paper and watching the images appear. As a young kid, it was magical. I also remember how proud he looked when he handed over a wedding album, and the smiles on the newly married couples' faces. As a family, we have so many photos of ourselves, and that feeling of looking back on a captured moment years later is still unmatched. 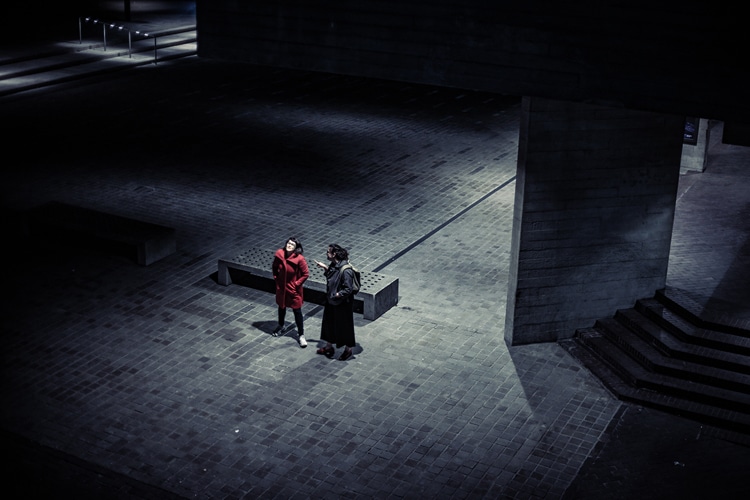 You’ve been in London for about 15 years. What is it about the city that captures your imagination?

London constantly changes! In some instances, what was here 15 years ago is long gone. But that isn't necessarily a bad thing! There's always something new, something you haven't seen before, something that changes your way of thinking ever so slightly. Also, it's nearly impossible to be bored in this city. Everything is here; entertainment, food, and people from nearly every culture, and so your imagination is free to flow unjudged. 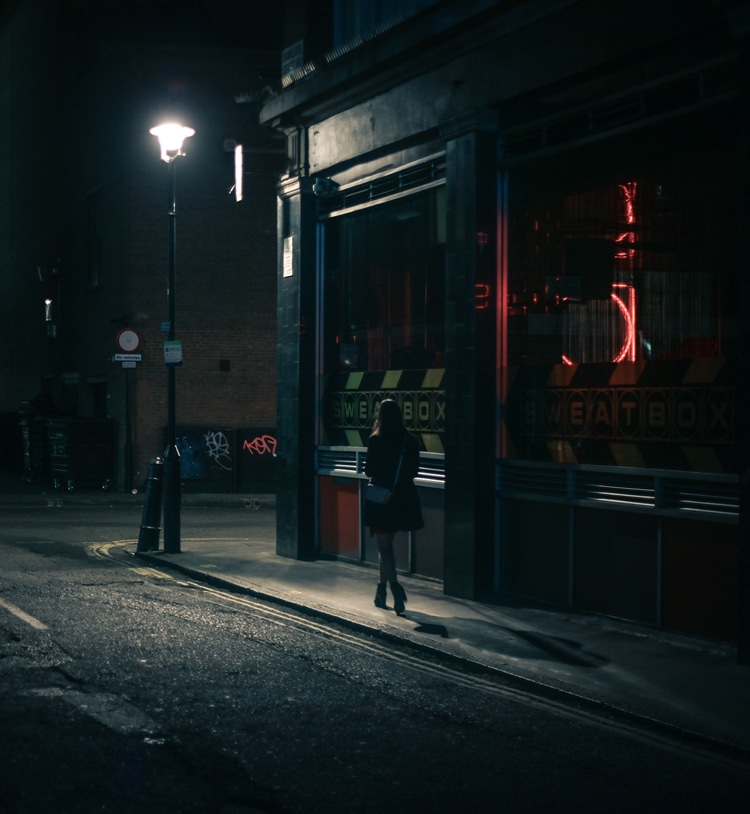 Your night photography is fascinating. Why do you prefer shooting in the evening?

Before I worked as a full-time photographer, I worked night shifts for many years in many different positions, and so my body clock is a bit messed-up. I find that I function better—and am more awake—at night. Once I got bored of staying in and watching TV, I started to venture out and make the most of my downtime…and then I was hooked. London is a completely different city at night; different sounds, different sights, different people. I find it quite mystifying, spending time in the London that very few of us pay attention to. 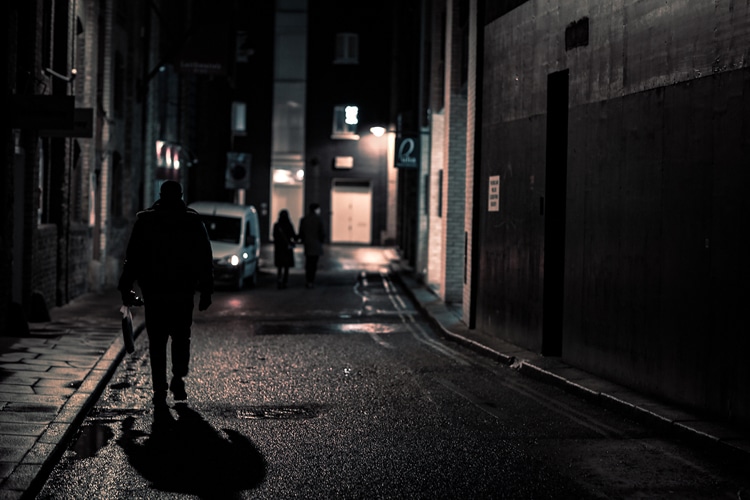 What challenges—or benefits—does the decision to shoot at night give you?

It's difficult to concentrate in London during the day, and I find that I notice a lot less of what's around me. When there are fewer people around, and there's so much peace and space, I can look for the lines and the shadows that feature in so much of my work. London has an amazing architectural landscape, and as attractive as it is in the day, I think it takes the darker sky and low lights to accentuate the sinister beauty of it. 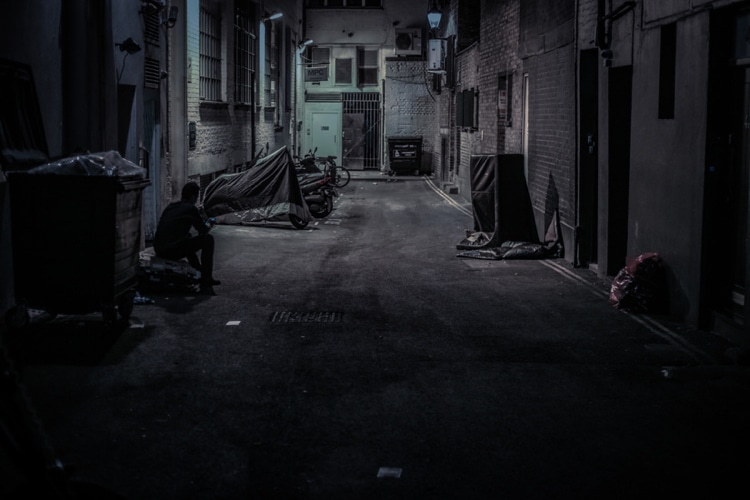 Your photographs seem to play a lot with depth and perception, is this a conscious choice?

I try to bring a sense of voyeurism to my shots, and the depth and perception play a huge role in this. I almost want my viewers to feel as though they’re watching on, following the subject themselves, and the length of the shot helps to create that feeling… you wouldn't want to get too close, after all.

Your street photography seems so perfectly composed that is seems posed with these solitary figures. Can you tell us about your creative process when you are out on the street shooting and what you look for?

I can assure you that my shots aren't staged. I don't know any of my subjects, and I don't want to know them; I like to keep my distance and remain completely anonymous. I'm attracted to colder colors, distinct lines and shadows cast by a single light-source, and that's what I search for when I'm out at night. Once I've found the location, I wait! Every so often, someone with just the right amount of mystery will come long.

What do you usually go out and shoot with?

I usually shoot with a Canon and a 50mm lens; that's all. No flash!

How do you achieve such a cinematic quality to you work? Can you take us through your post-production process?

Post-production is usually very personal, in that every artist has a different process, but it isn't necessarily about editing a piece of work to make it look better. It's about subtly changing certain aspects of a shot, the contrast, the colors, to create a mood, a feeling. Myself, I try to keep the tone of my shots consistent, dimly-lit and ominous, and the techniques I use are the result of years of trial and error. My advice to any photographer out there is to trust and perfect your own process and create a signature style. 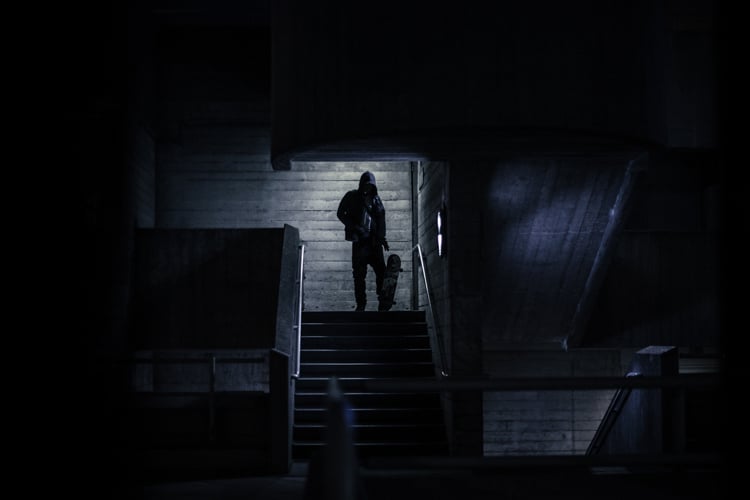 What do you hope that viewers take away from your work?

I'd like to think that my shots are mysterious; a bit Rear Window. There's usually a subject, but I like to understand as little about them as possible and to draw my own conclusions, however far from the truth they may be. I hope that my viewers pick up on that, and get a little lost in their own thoughts. Art is subjective, after all, and I want every viewer to have a different idea as to what kind of person the subject might be. 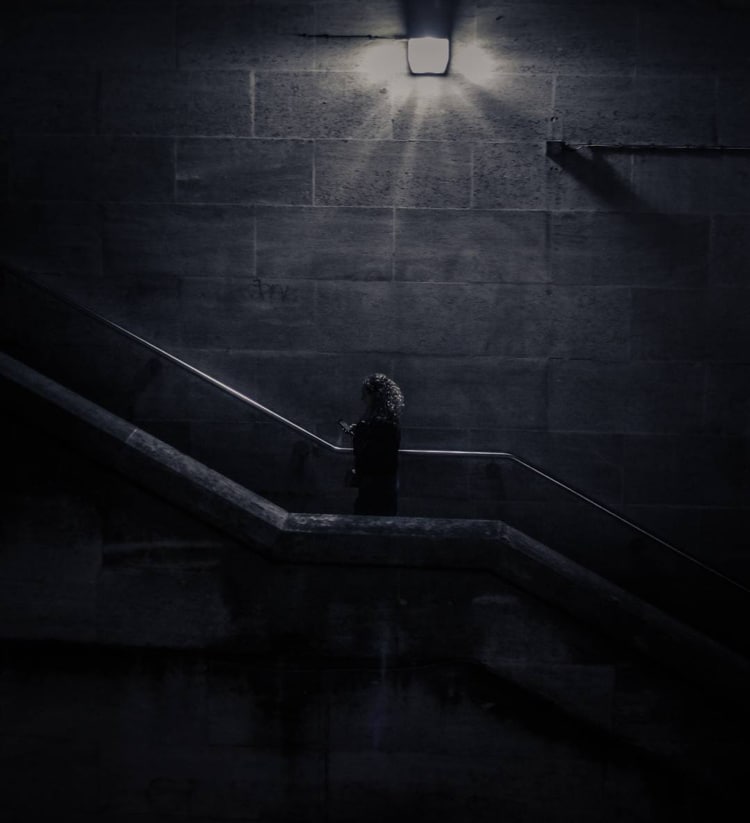 Sadly, I recently had to say goodbye to my best friend; my Bull Terrier, Zack. As difficult as it was for me, I now have more freedom to travel, which is something I've been hoping to do for a while now. I'm really keen to take my camera to other countries around the world, and to capture as many cities as possible at night time. 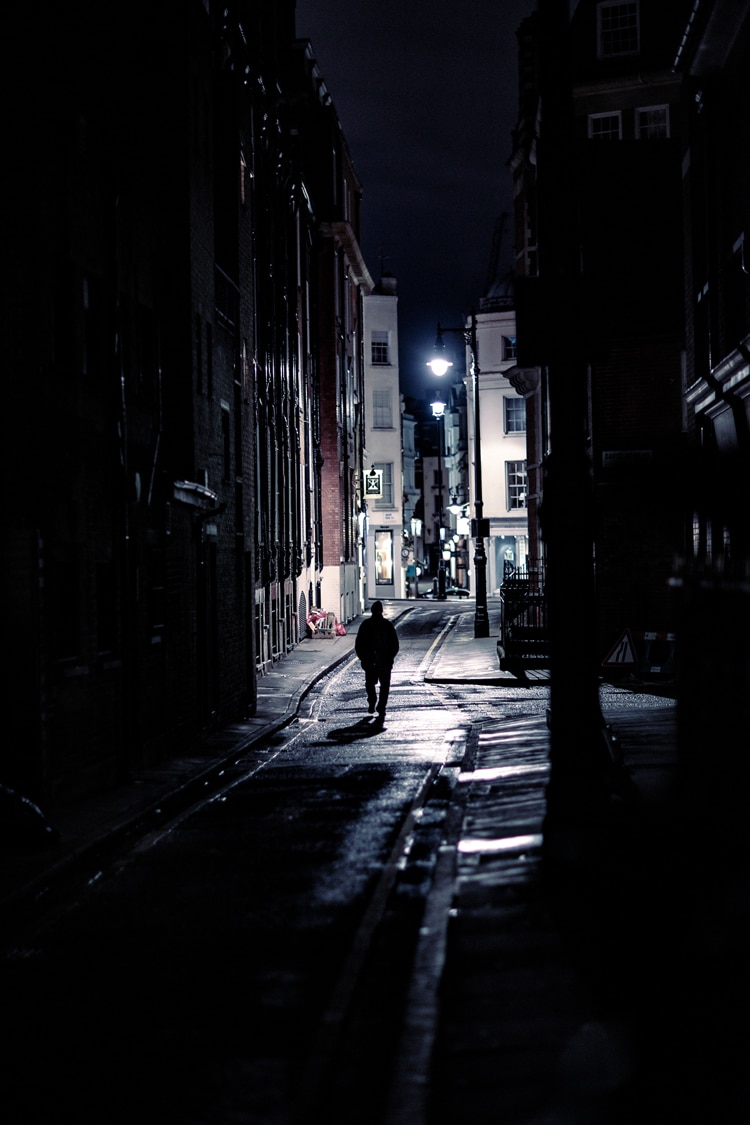 My Modern Met granted permission to use photos by Edo Zollo.