5 Great Works by Architect Eero Saarinen, a Master of Monument 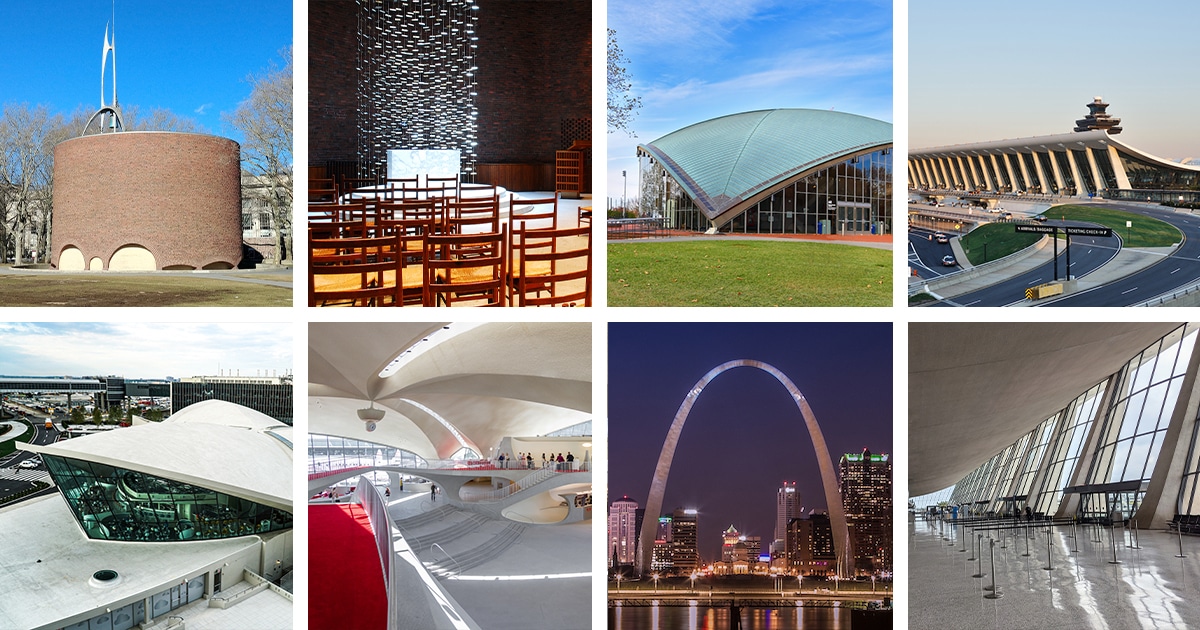 Finnish architect Eero Saarinen is known for his incredible neo-futuristic architecture and design. He came from a family of creatives—including a successful architect father named Eliel Saarinen. The younger Saarinen was also an industrial designer and created popular chairs under the Knoll furniture company, most notably the Tulip chair.

From architecture to furniture design, Saarinen created awe-inspiring pieces that were both daring and incredibly simple. His projects often featured swooping concrete elements and dramatic interiors but were direct in their geometry and meaning. In this article, we talk about Saarinen as a master of monuments because his architecture simply expressed clear and beautiful ideas.

Read on to see five of our favorite projects by Eero Saarinen and see how many iconic works you recognize.

Scroll down for five incredible projects by Eero Saarinen. 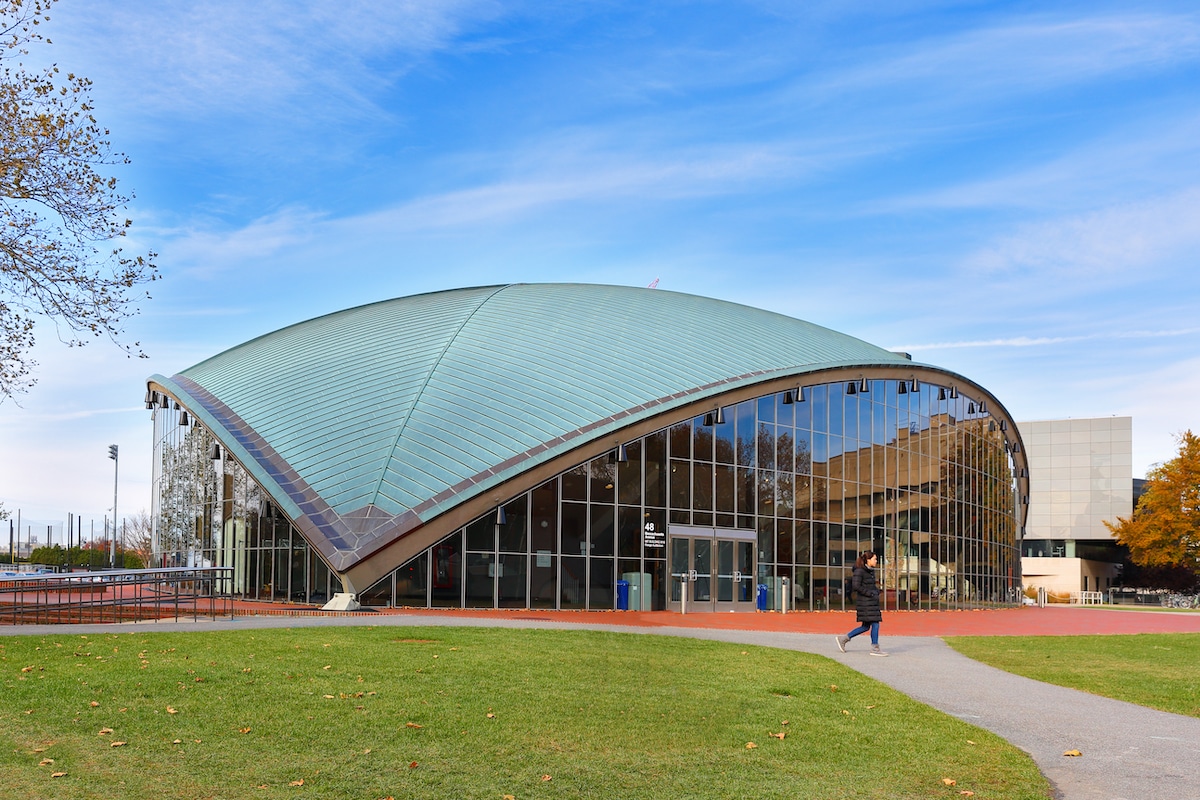 The Kresge Auditorium and the Kresge Oval are two Saarinen projects on the MIT campus. Saarinen was given a complicated task when granted the project: create an architectural identity that would unite everyone on MIT’s campus.

Saarinen designed a simple structure with a dramatic roof and form defined as “one-eighth of a sphere.” This structure was radically thin and a great advancement in construction for the time, which made it a great symbol for MIT. The building also functioned fantastically as a concert hall with work completed with acoustical architects Bolt, Beranek, and Newman. 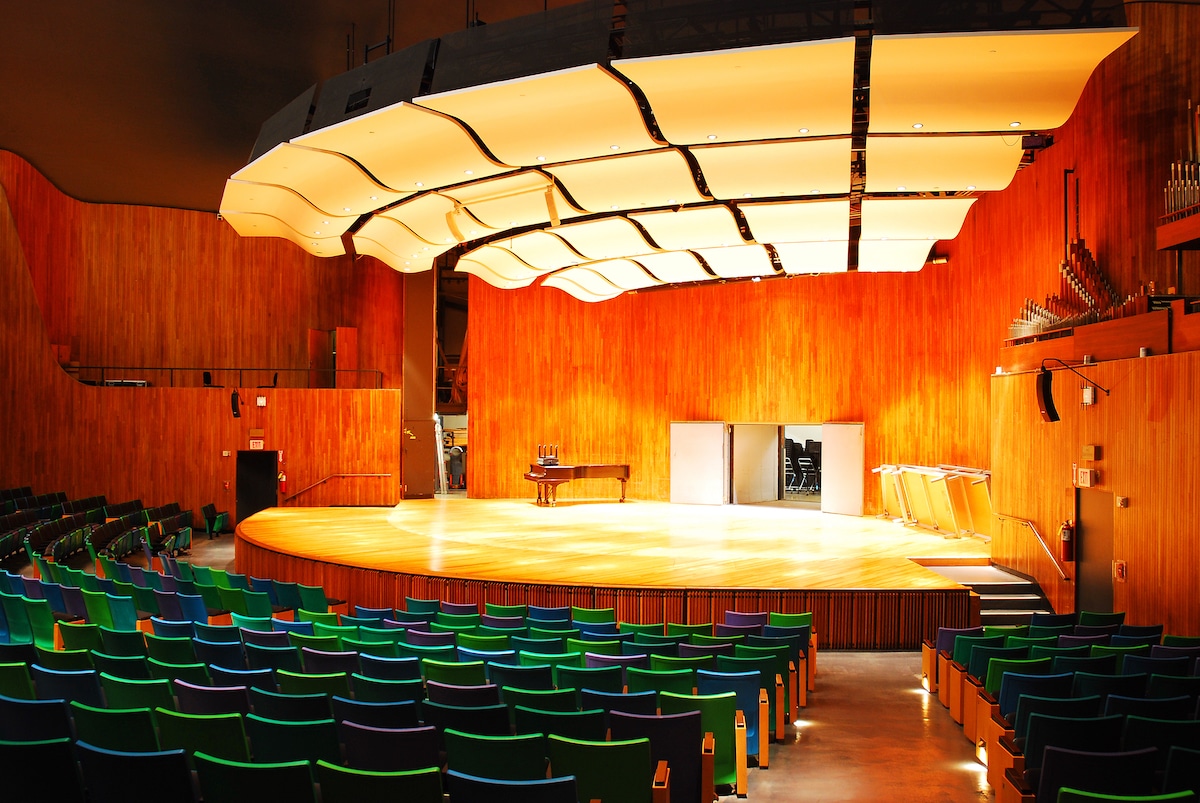 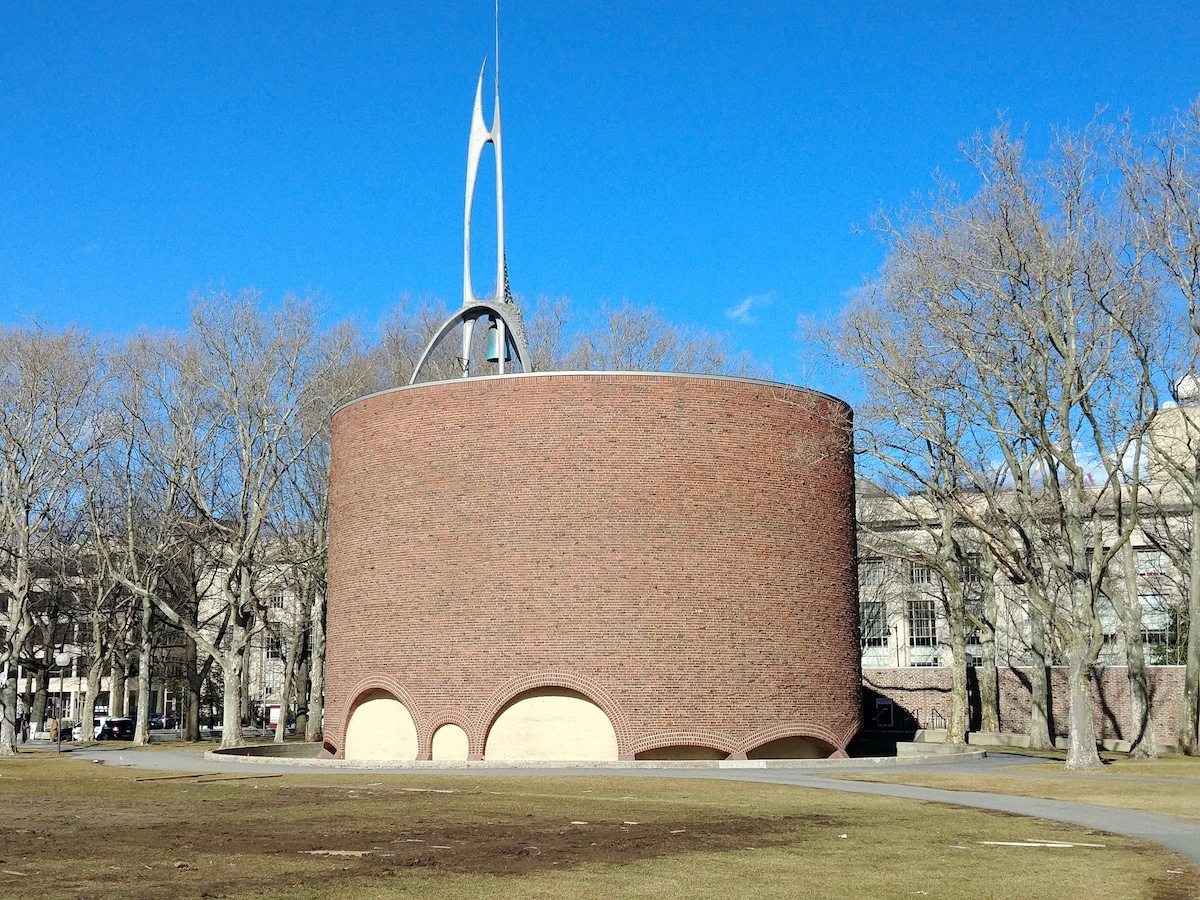 The exterior of the MIT Chapel is relatively modest in size and façade compared to its magical interior. Like the other projects on this list that Saarinen designed for the Massachusetts Institute of Technology, he also designed the landscaping around it.

The chapel is designed as a roughly textured brick cylinder with no windows which helps to create a dark and dramatic interior. A circular skylight at the center of the chapel allows sunlight to enter the space and reflect off the metal sculpture by Harry Bertoia. 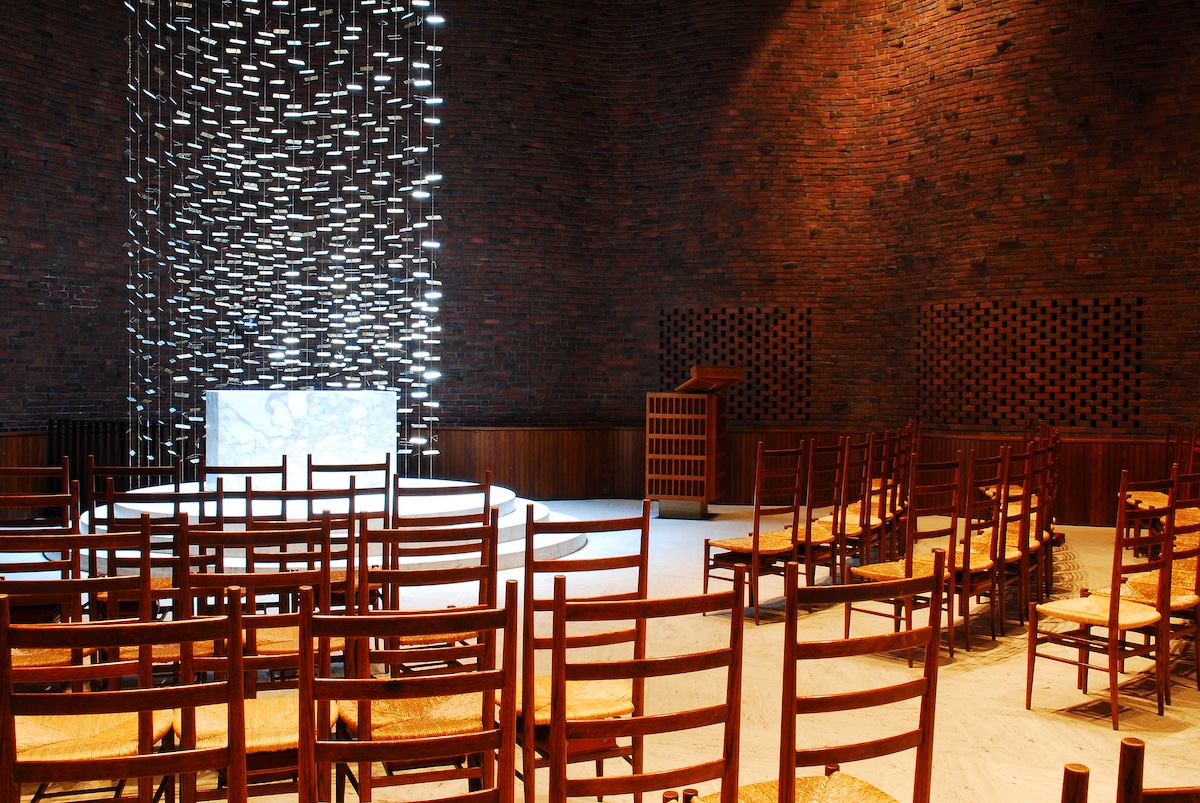 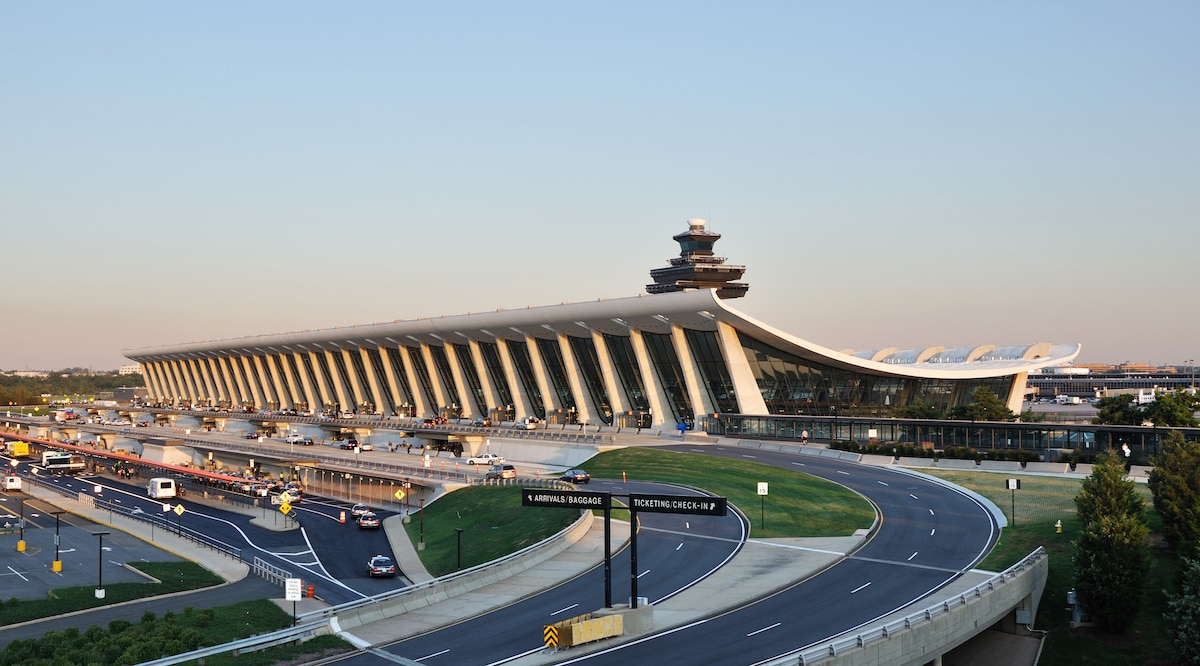 The main terminal of the Dulles International Airport is a great example of the dramatic forms that define much of Saarinen’s work. Dulles Airport’s sculptural roof, like many of Saarinen’s difficult structural ideas, was first tested in a giant scale model. He designed a sculptural roof held up by massive columns that extended past the roof plane.

This simple and continuous extrusion makes it easier for future airport extension. Two floors exist in the massive volume including departure programs on one level and arrival programs with ground transportation on the other. 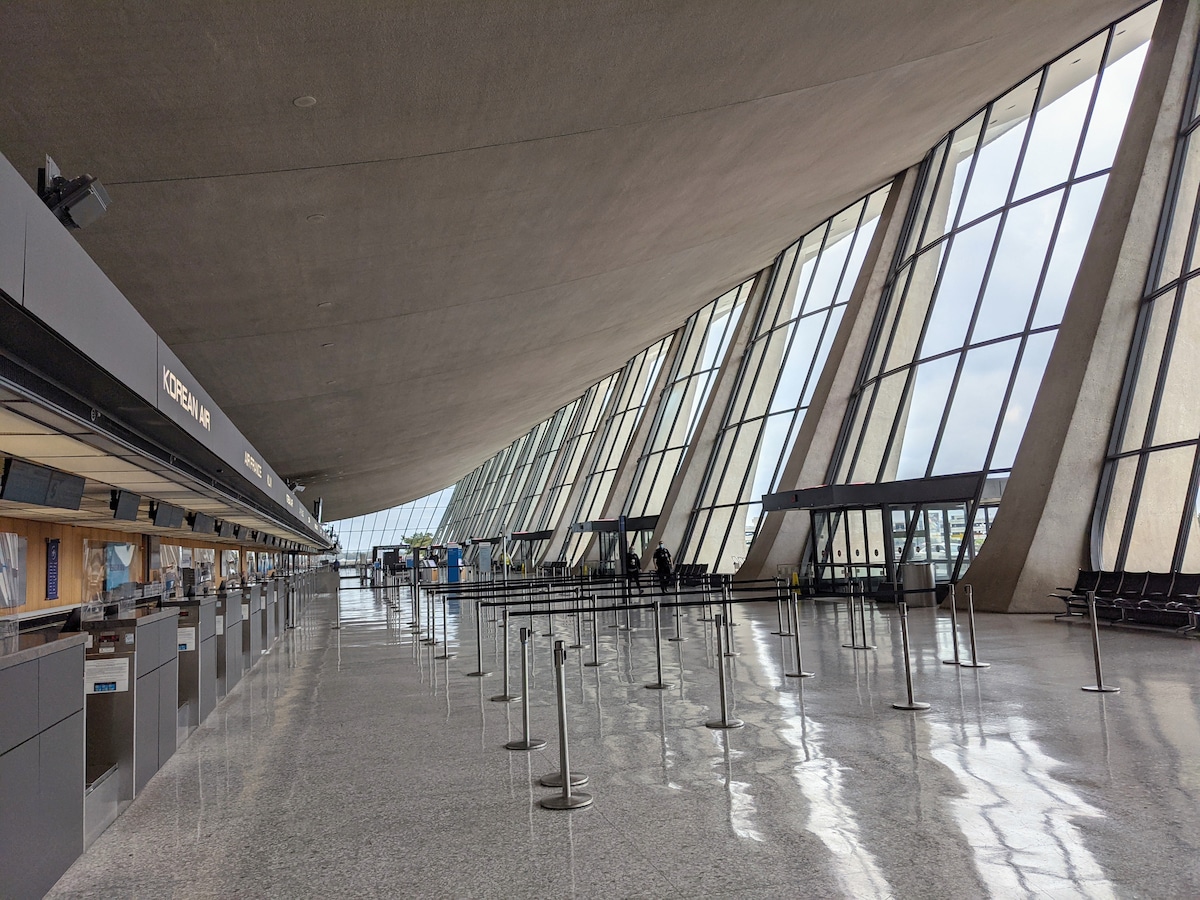 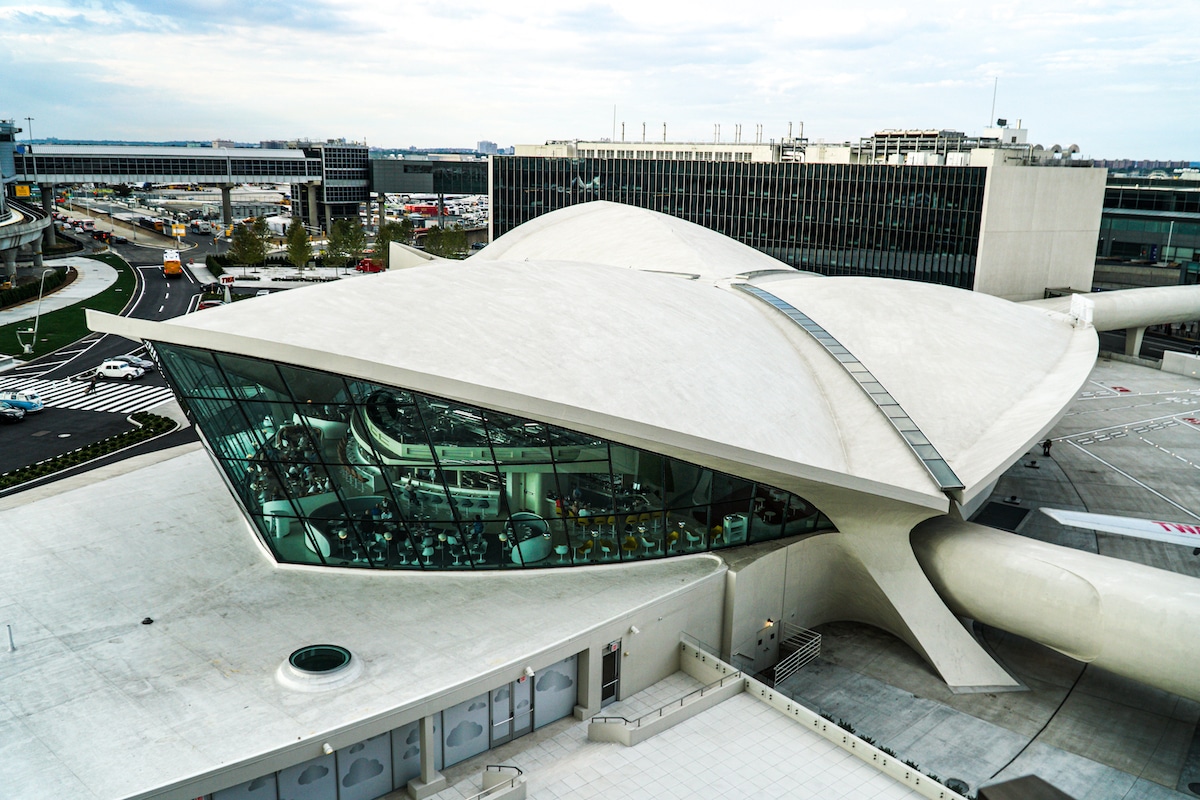 The TWA Flight Center is one of Saarinen’s most iconic works. It is the second design in an airport on this list and is also a perfect example of his neo-futuristic architecture. Saarinen wanted to represent the excitement and futuristic qualities of air travel. His design was the perfect representation of commercial aviation finally available after World War II.

The project was largely about image, as TWA imagined the new project would act as a permanent advertisement. Because of this, Saarinen planned the flight center in an ideal location and imagined a dramatic form of four concrete shells coming together at a point. These curving forms continue throughout the interior with swooping concrete structural elements. Though the TWA Flight Center encountered criticism for how much structure was needed to accommodate the curving gestures, many others believe it is the ultimate architectural expression of air travel. 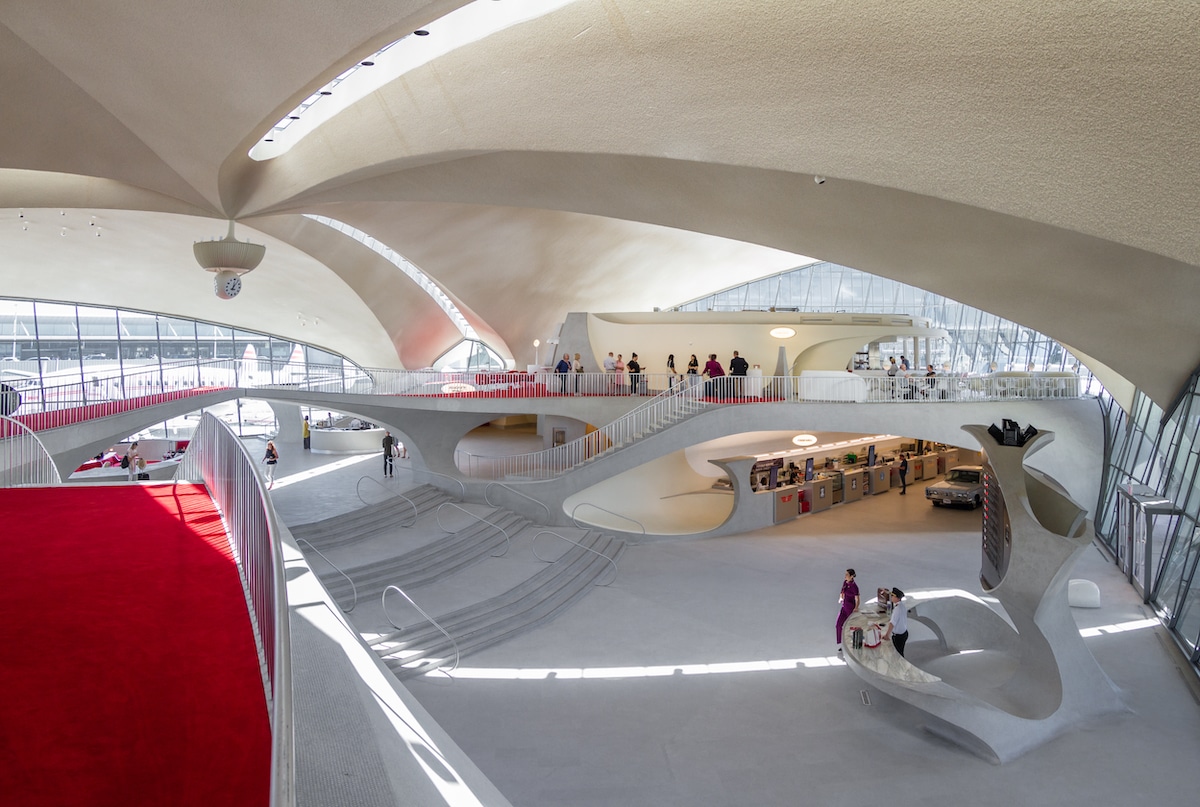 The Gateway Arch, sometimes called St. Louis Arch or the Gateway to the West, is a bit different from the other projects on this list. It is a monument to the western expansion of the United States and is dedicated to the American people.

The design features a catenary arch made of stainless steel and stands approximately 630 feet (or 192 meters) tall. Saarinen was chosen to design the arch through a competition that asked architects to imagine a memorial that should be “transcending in spiritual and aesthetic values” and that would consist of one form or feature. Saarinen’s “relevant, beautiful” and even “inspired” design was selected as the winner. Though many questioned the construction of such a large and dramatic structure, the Gateway Arch was successfully completed in 1965 and even includes a one-of-a-kind elevator that takes visitors to the observation area at the top of the arch. 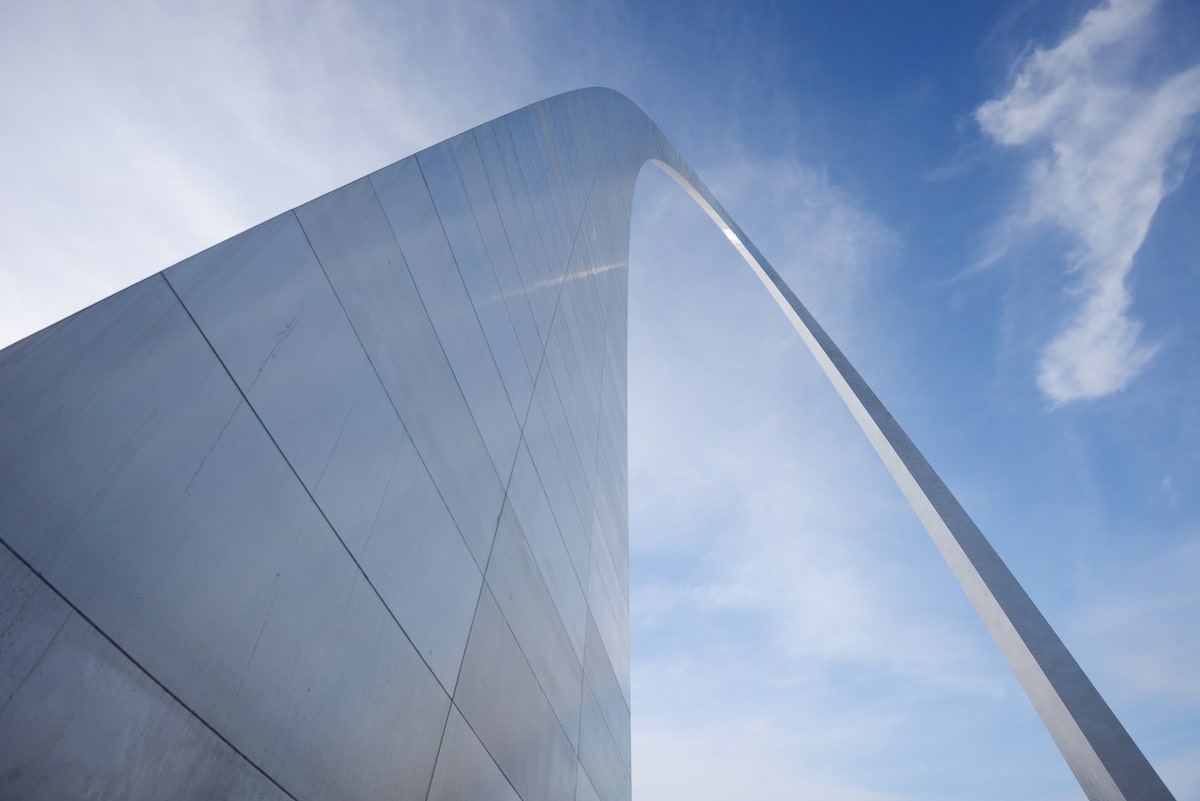 How many did you know? Share
Like My Modern Met on Facebook
Get Our Weekly Newsletter
Become a
My Modern Met Member
As a member, you'll join us in our effort to support the arts.
Become a Member
Explore member benefits