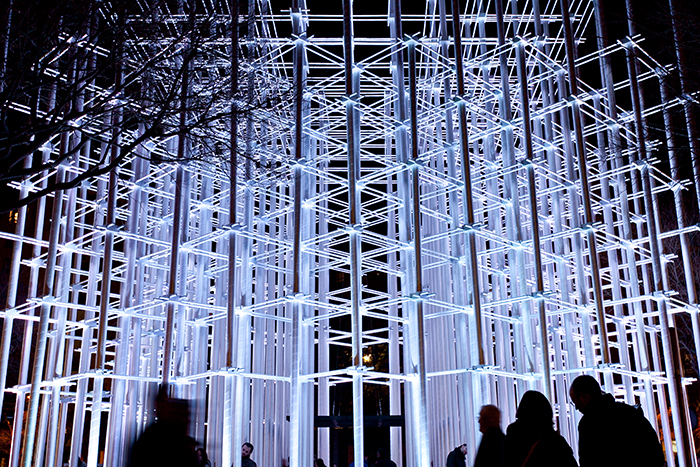 The Fallas festival took place in Valencia earlier this year and visitors were treated to an impressive installation called Ekklesia by the socially-minded artist collective Pink Intruder. The towering piece features metallic-colored cardboard tubes that sit atop a mosaic design of 96,000 wooden pieces. The colorful mosaic pieces were based on the designs of Nolla Mosaic, a traditional Valencian ceramic that was lost in the mid-20th century. As for the piece's name (Ekklesia), it dates back to ancient Greece, and refers to a political assembly of its citizens. Like its title, Pink Intruder's creation represented a temple where citizens could meet, debate, and discuss ideas.

Viewers could easily enter and exit the sculpture, and its columns were screen printed with relevant political messages in an attempt to generate a dialogue among the visitors. This particular version also provided a platform for the giant cardboard structure. Those who walked inside could stand on the stage, look straight up, and see the fantastic, complex structure with an ornately-cut drop ceiling.

Ekklesia was not meant to be a permanent fixture in the city. As is tradition with the Fallas festival, the end was marked by burning the piece and welcoming the arrival of spring. 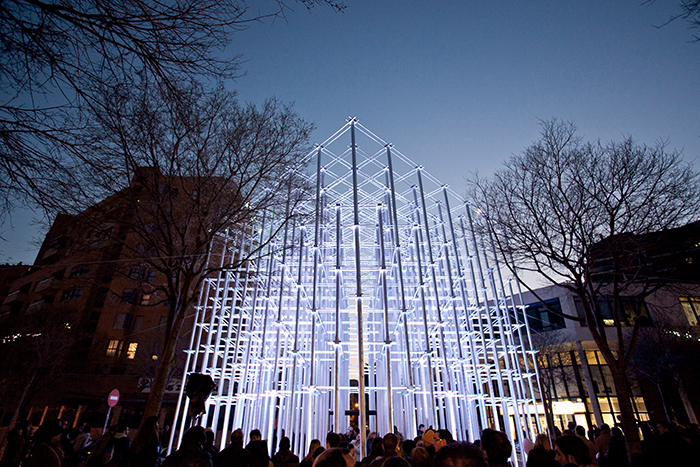 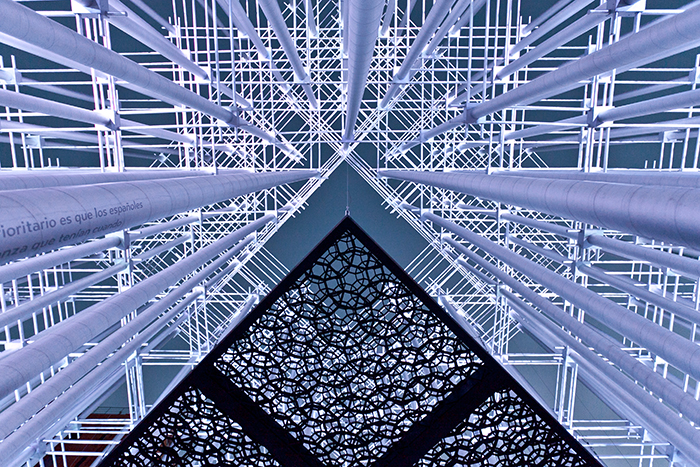 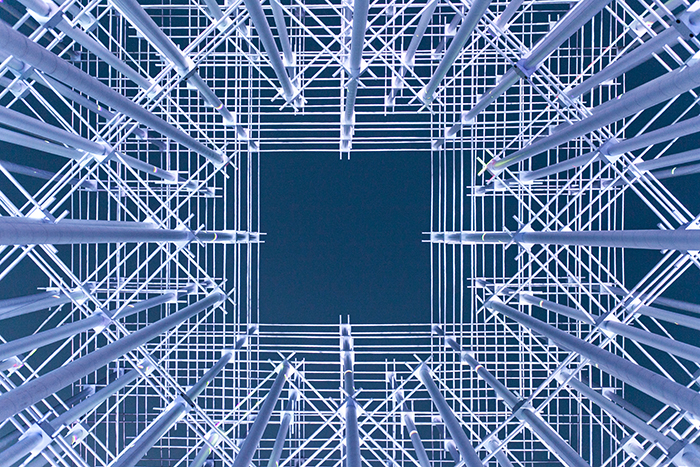 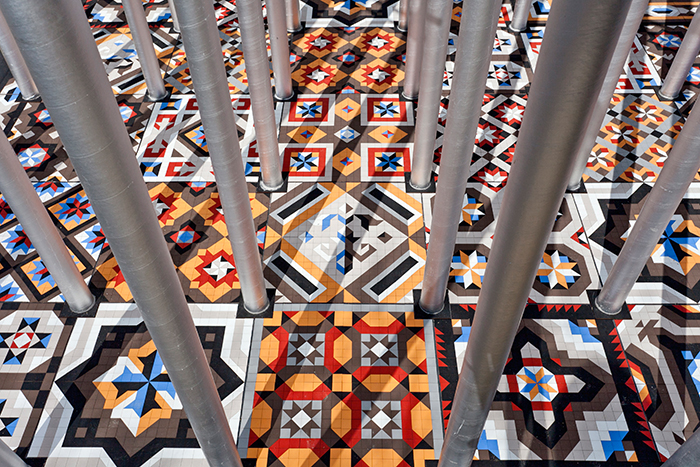 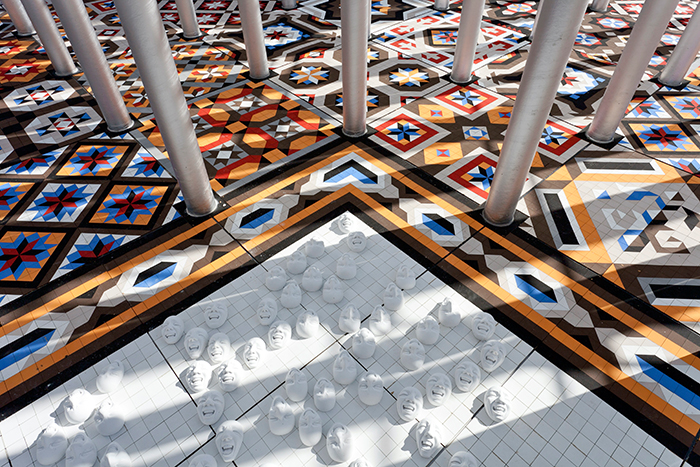 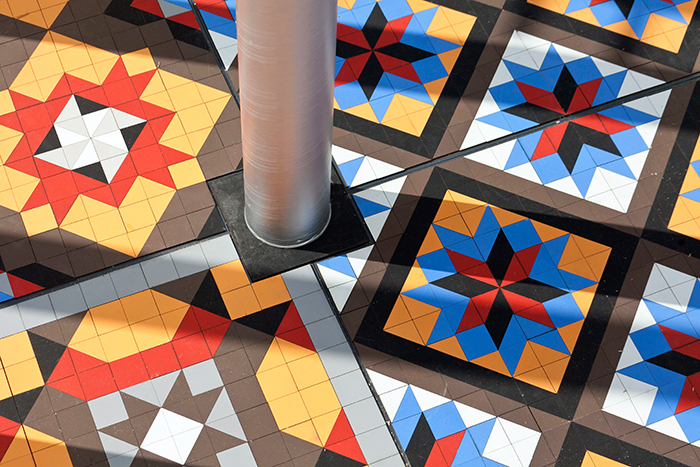 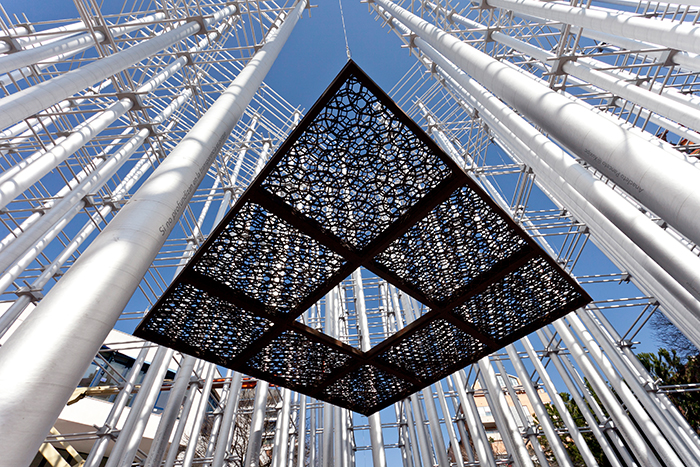 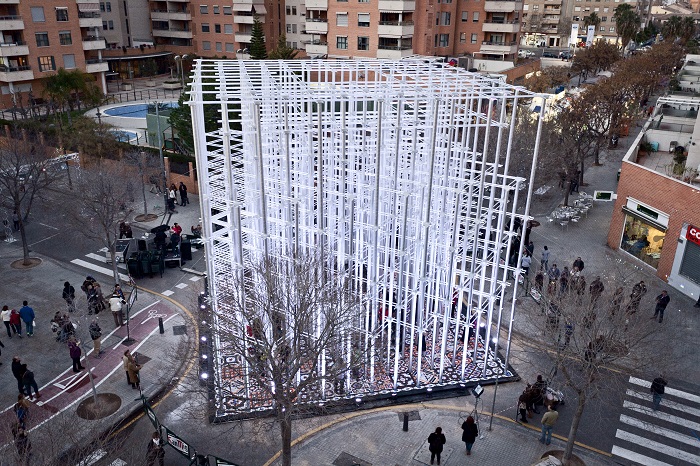 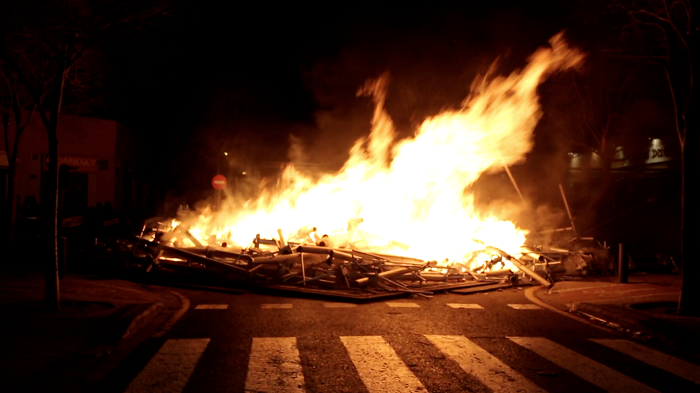