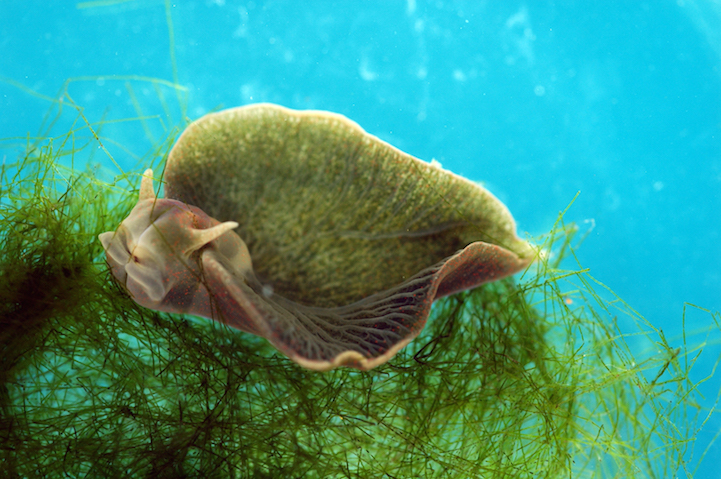 Meet the Elysia chlorotica, a bright green sacoglossa found along the Atlantic coast of North America that's earned the title of “solar-powered sea slug” for its ability to produce its own energy with sunlight and the chloroplasts that it sucks off of algae. This unusual process, which is similar to photosynthesis, is known as kleptoplasty. Except for a select number of creatures like the adorable “leaf sheep” Costasiella kuroshimae nudibranch, very few non-plant organisms are capable of the phenomenon.

What makes Elysia chlorotica even more amazing is the fact that the small organism has been known to incorporate the genes of its food into its own DNA, giving the frond-like sea slugs an even closer connection to plant life. As Elysia chlorotica mature and start feeding on chloroplasts in algae, their reddish or grey coloring becomes emerald green from the chlorophyll in their food. Blending into the verdant sea bed beneath them like leaves, these slugs can live for several months to a year off the energy they manufacture from photosynthesis. 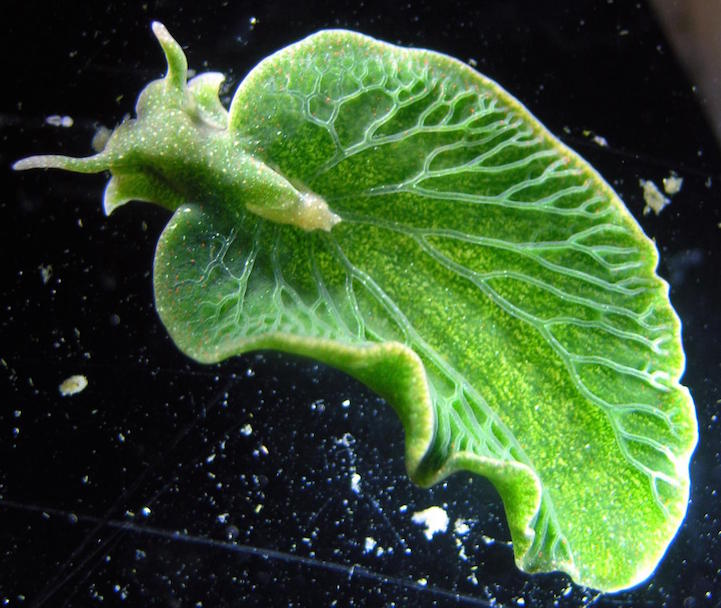 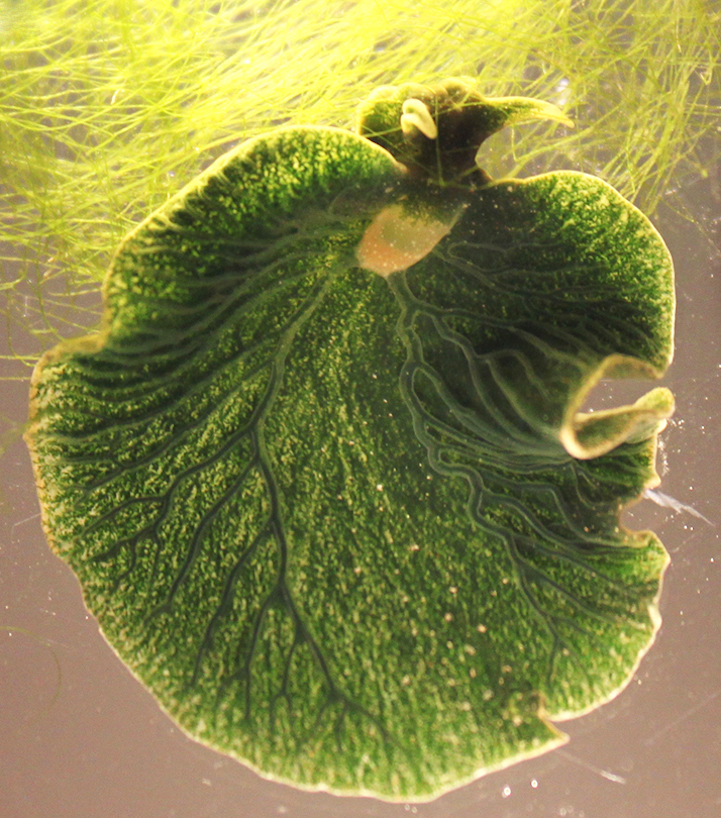 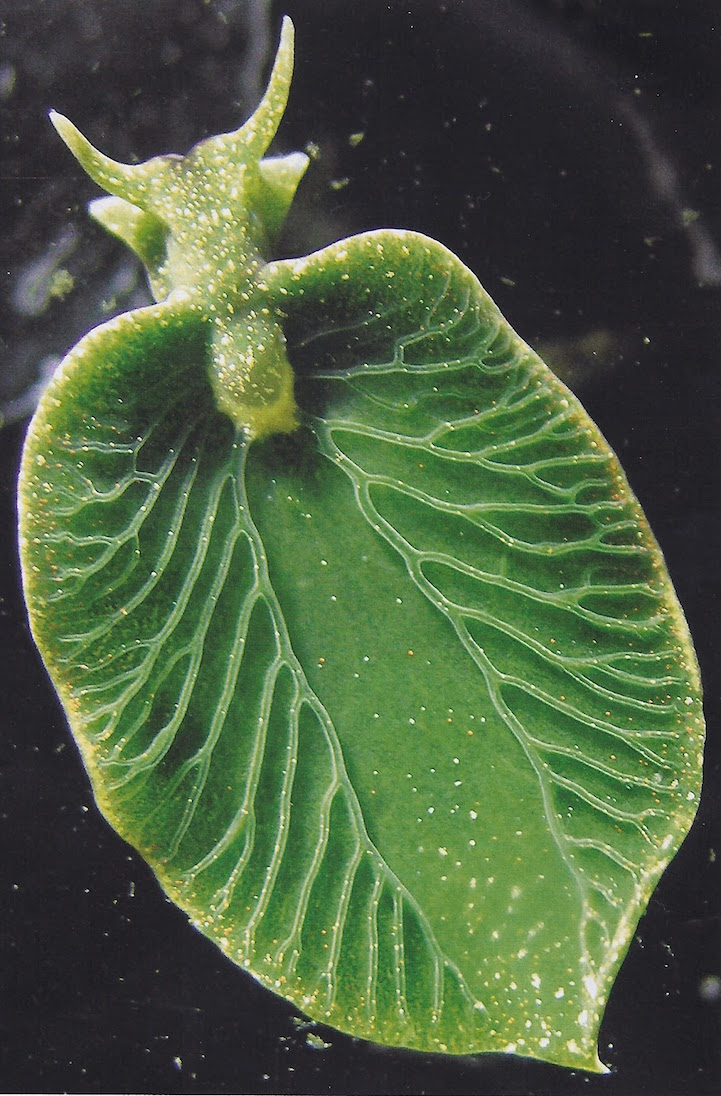 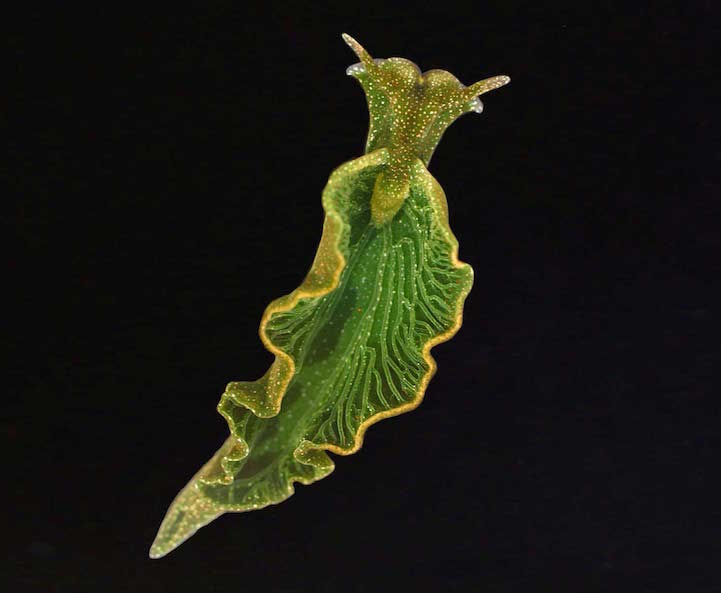 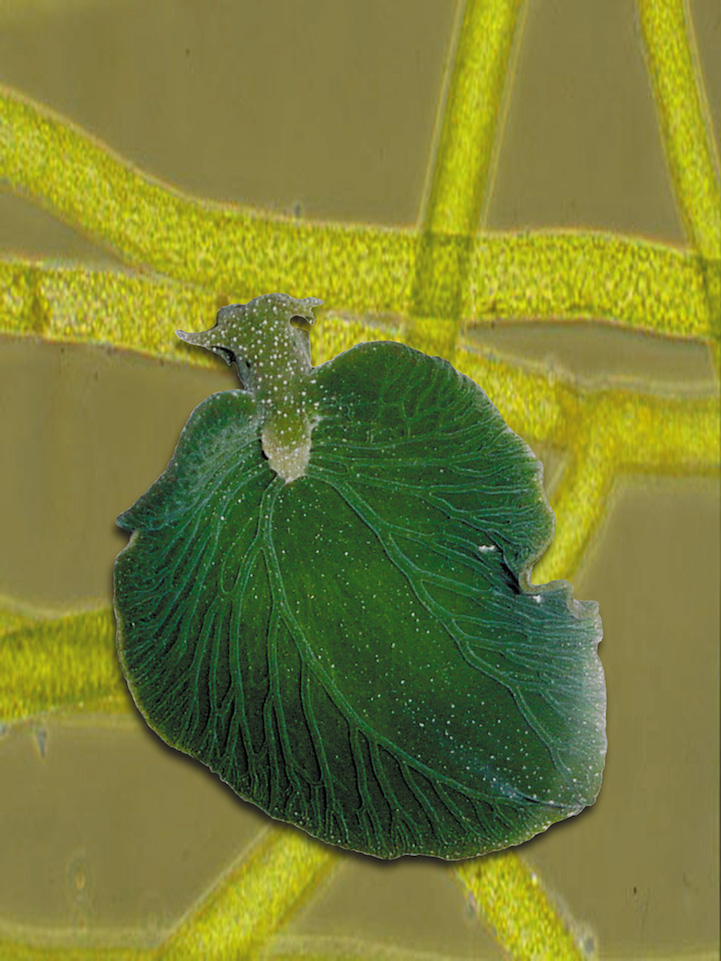