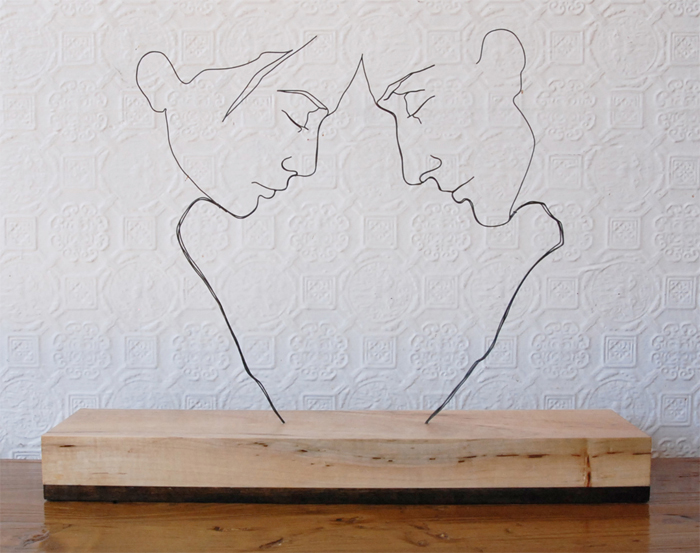 Self-taught artist, illustrator and designer Gavin Worth first became interested in wire sculpting after seeing an exhibit on Alexander Calder at the SFMoMA. Since then, he's created his own set of amazing pieces that are both beautiful and moving.

“By bending black wire into something of freestanding line drawings, I create sculptures that engage the viewer by involving them in their subtle changes,” Worth says. “When the light in the room shifts, so does the mood of the piece. A breeze might softly move an arm. My wire sculptures tell stories of simple human moments: a woman adjusting her hair, a face gazing from behind tightly wrapped arms, a mother gently cradling her baby. The honest, unguarded moments are the ones that I find to be the most beautiful.”

Update: We got in touch with Worth to ask him a few questions. Read that eye-opening interview, below. 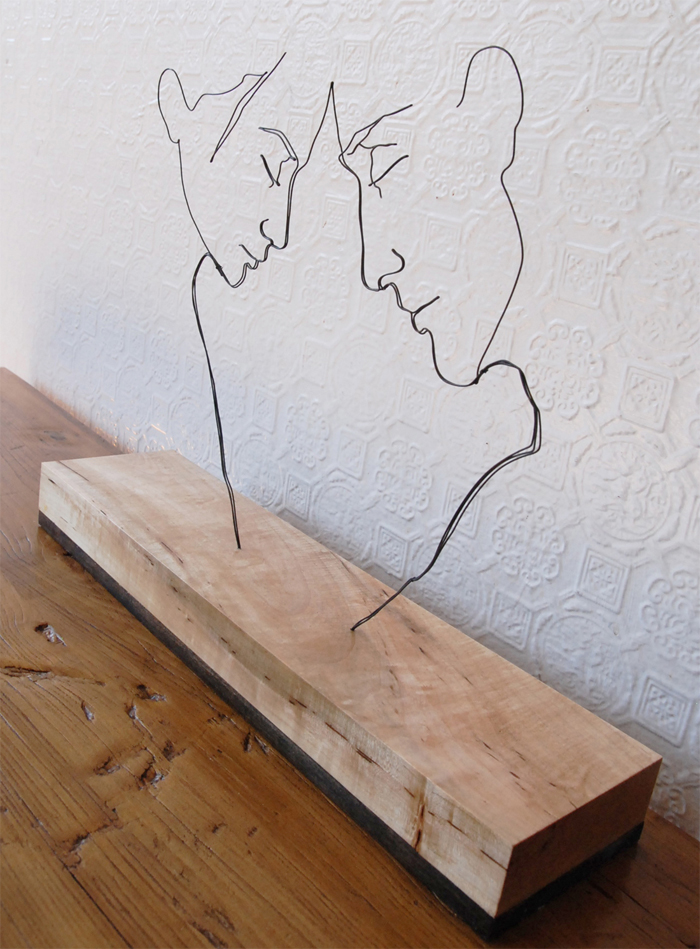 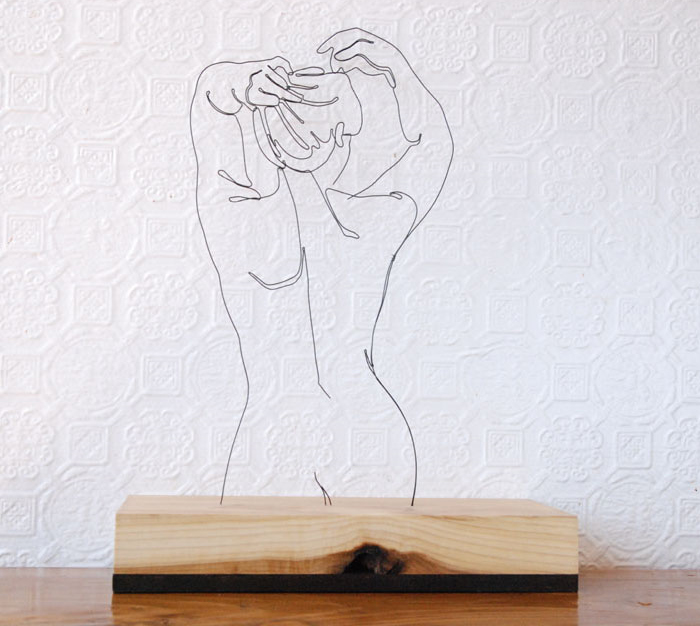 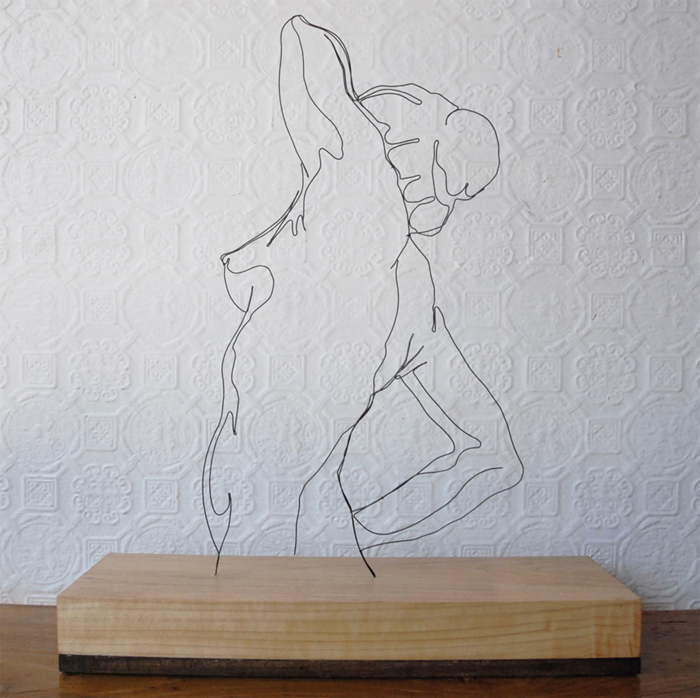 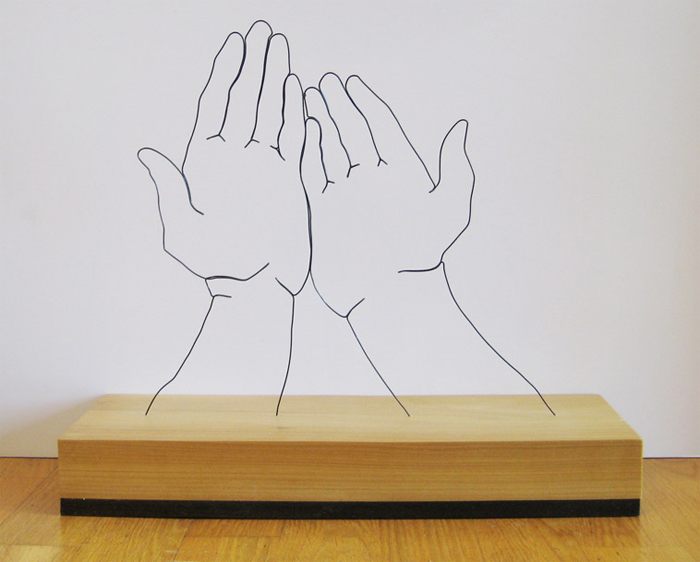 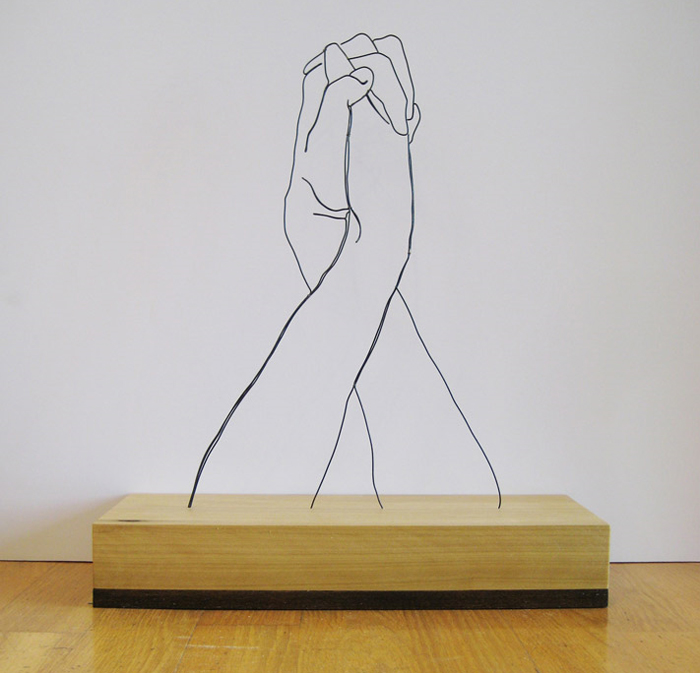 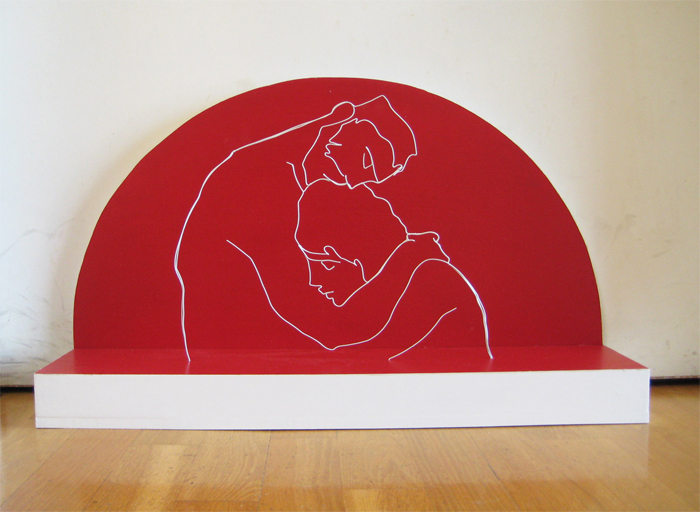 The Sadness of Leaving 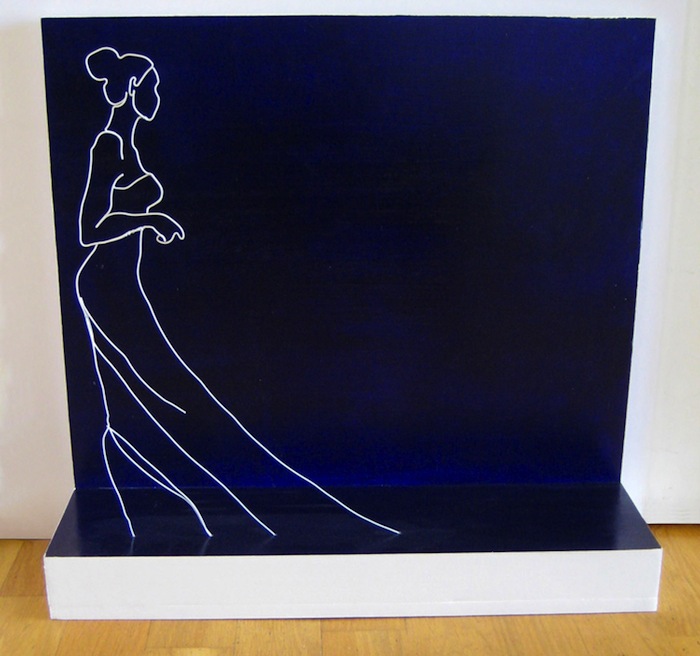 The Sadness of Solitude 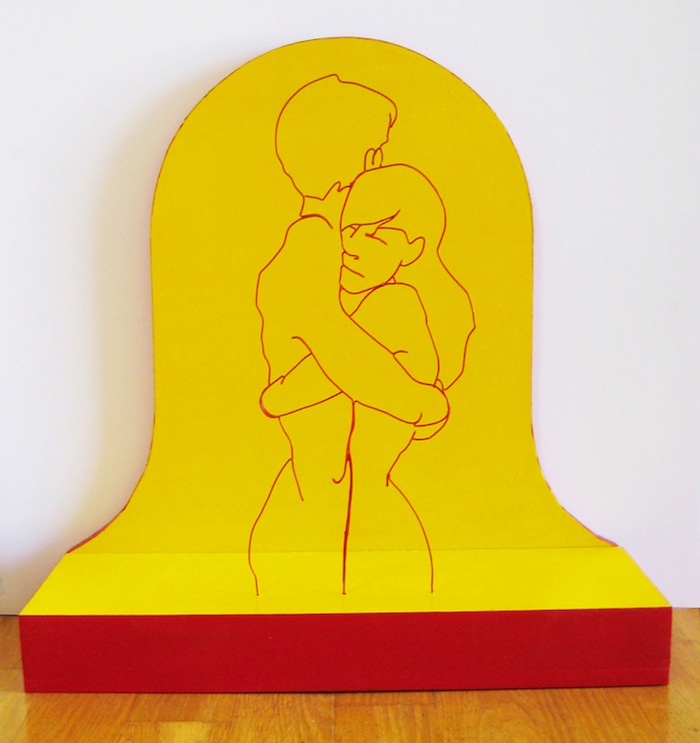 The Sadness of Meeting

You say you were influenced by Calder. What about his work spoke to you?
I remember every detail of it. It was “Hercules and the Lion.” I couldn't stop looking at it. I circled it for 20 minutes seeing how it changed from every angle and how the fading light behind it completely changed how the sculpture looked. My friends left me at the museum because I took so long.

I was looking for a new vocabulary for a long time that got away from the oil-and-canvas world, which I felt alienated most people who weren't gallery folk. I saw Calder's “Hercules and the Lion” and it was simple and
just hung there and I thought this is what I've been looking for. But I didn't want to make it look like a contour drawing, which is sort of the first instinct when you think about bending wire into a sculpture. I wanted to do realistic figures that hopefully told a story of some kind.

Your pieces all involved people and their stories. Why did you decide to concentrate on this?
Well, to me, people, in their honest, vulnerable moments, are the most beautiful things there are. I love imperfect people and a-little-too-big noses and slightly-too-bony arms and kind-of-too-round stomachs. I've had gallery shows and taken these sculptures to art festivals, and it shocked me to hear how many people would say, “No one's going to buy a sculpture of a woman with sagging breasts.” It's baffling to me. Who wants to see perfect people? Who wants to see the stories of alphas who get what they want effortlessly all the time? It's so uninteresting. The beauty is in the struggle.

And while I can appreciate postmodernism and pop culture in art, it always seems like a cop out to me. It seems to get its meaning as much from what it says it's not instead of what it is. Just say a thing, say a real thing that you believe. Put yourself out there. And I believe that people glimpsed in honest moments are very, very beautiful.

How does your work as a designer influence your art?
It's taught me to simplify. Simplify simplify simplify. Art is communication. I could feel love more intensely than anyone has ever felt love before, but if I, as an artist, can't communicate to someone else what that feels like, then it's just self-indulgence. You definitely can't be self-indulgent in design… no one will ever pay you to do that. So you're forced to focus on very clear, very economical communication.

Where do you go from here?
I just got a contract for a job in Cairo, Egypt, where I'll be for the next two years at least. The fourth of five prayer calls are being blared from the loudspeakers hanging off the side of a mosque a block away. They have half a million people living in the city's cemetery… living in old tombs and mausoleums. It's an unbelievable city. I can't predict too much what I'm going to make during my time here, but my head is flooded with images. I will continue to make one-of-a kind pieces, and am working on a series of paintings where I manipulate the growth of rust, but I'm also going to focus on some pieces with longer story elements. I'm so excited to get to work on all of it.

Thanks for the interview, Gavin. Stunning work!