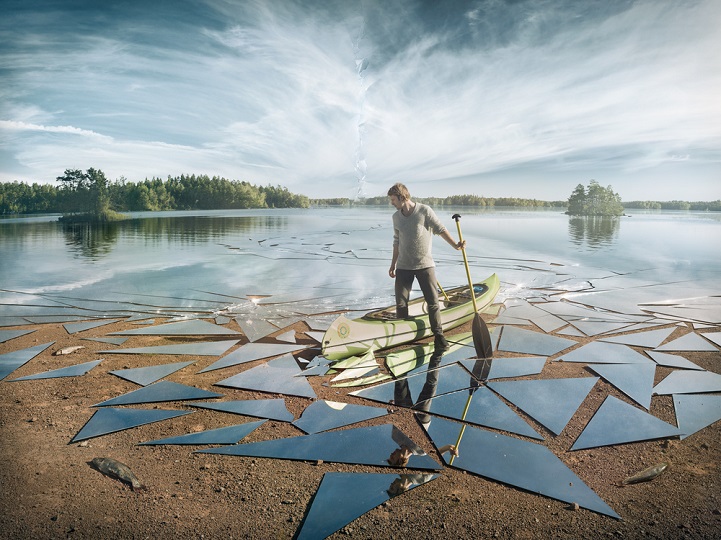 Swedish-born, Berlin-Based photographer and digital artist Erik Johansson is a master photo manipulator. He brings an astounding and imaginative perspective to his creative photo series. Johansson is able to take ordinary situations and create fantastical scenarios through a series of retouched and layered composites. However, not all of what one sees in Johansson's magical portfolio is created using a computer. As shown in the behind-the-scenes videos that accompany his mind-boggling creations, plenty of real life effort is expended as well.

For a particular photograph titled Impact (pictured above), it took 17 square meters of mirror, a boat, and months of work to create the extraordinary final result. Most of his surreal creations begin as a simple sketch, before Johansson finds a location to match his vision and begins to collect hundreds of similarly lit photographs in the area. He then seamlessly merges theses shots, meticulously forming his characteristic multi-layered optical illusions.

Citing M.C. Escher and Salvador Dal as inspiration sources, Johansson says, “The only thing that limits us is our imagination.” If you are interested in seeing more of this creative's fascinating compositions, he has recently released a book featuring a collection of his best shots.

Scroll down to see some more examples of the visionary photo manipulator's work. 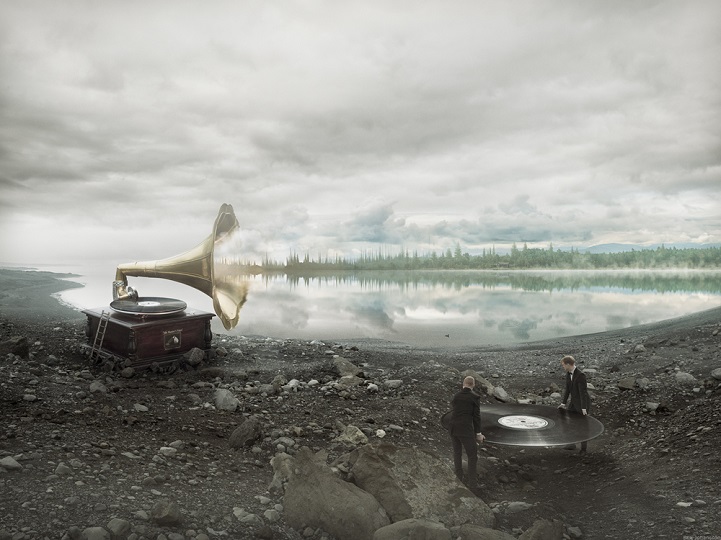 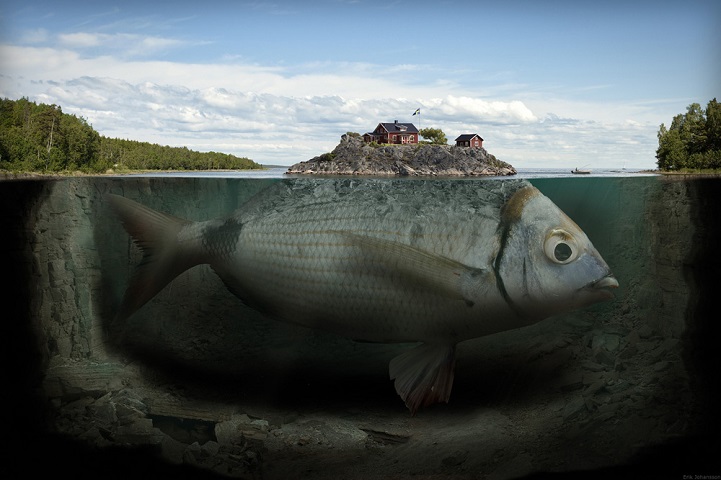 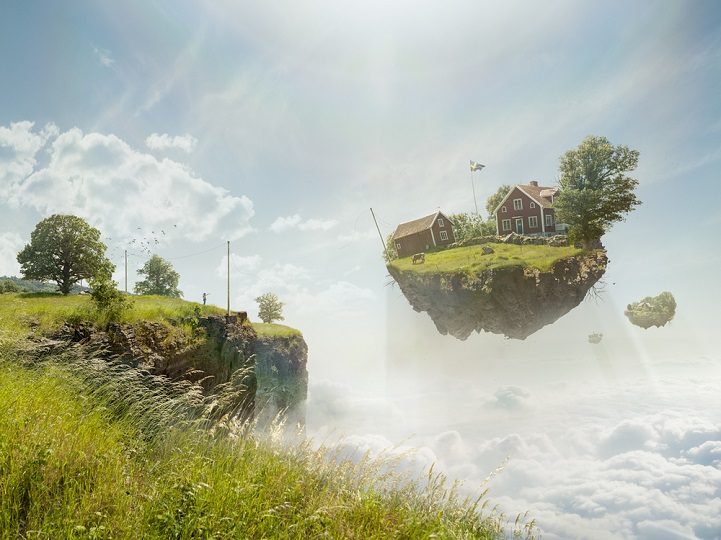 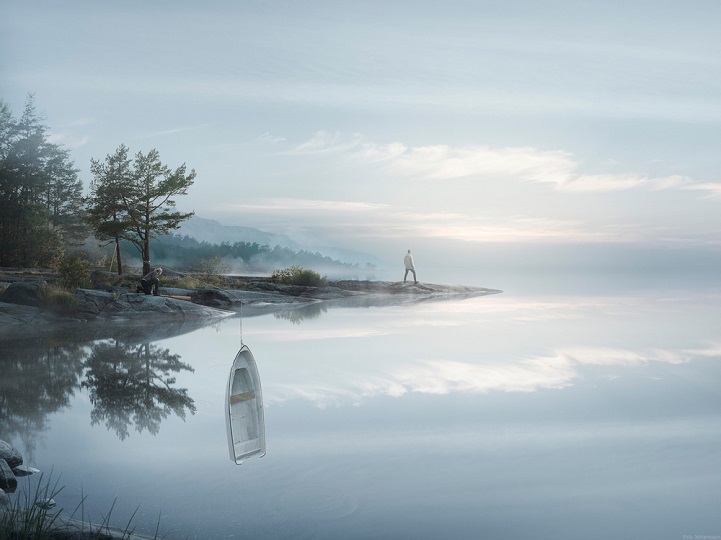 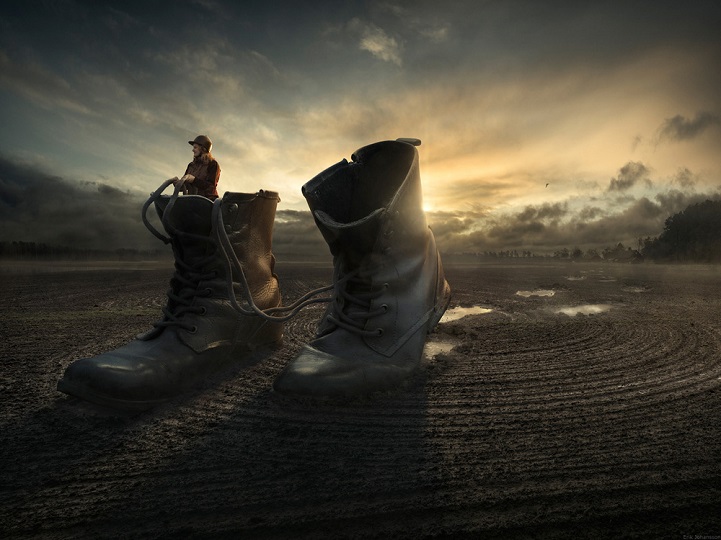 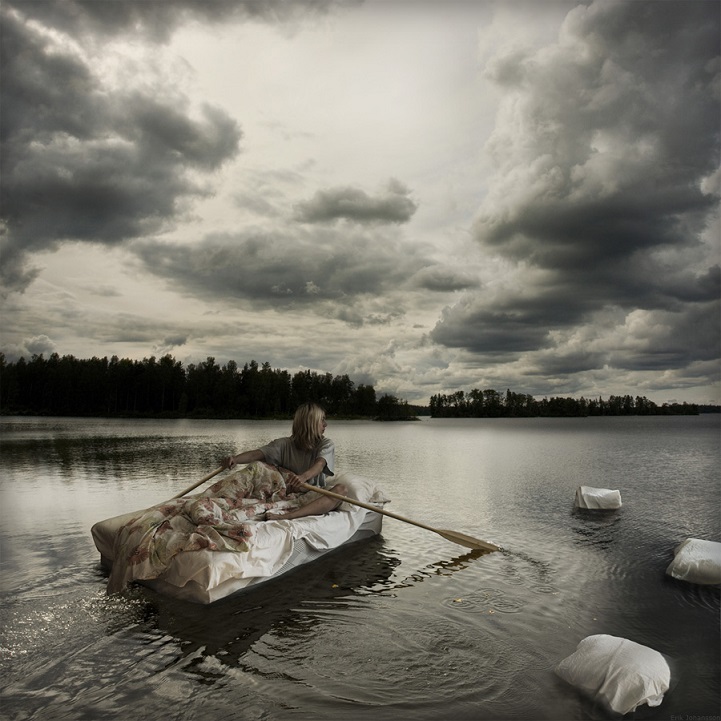 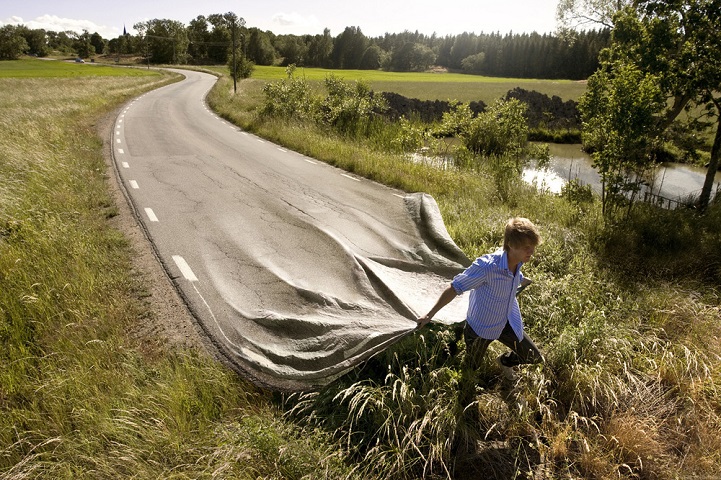 My Modern Met granted permission to use photos by Erik Johansson.