Before Macro Photography, This Scientist Used to Illustrate His Microscopic Findings 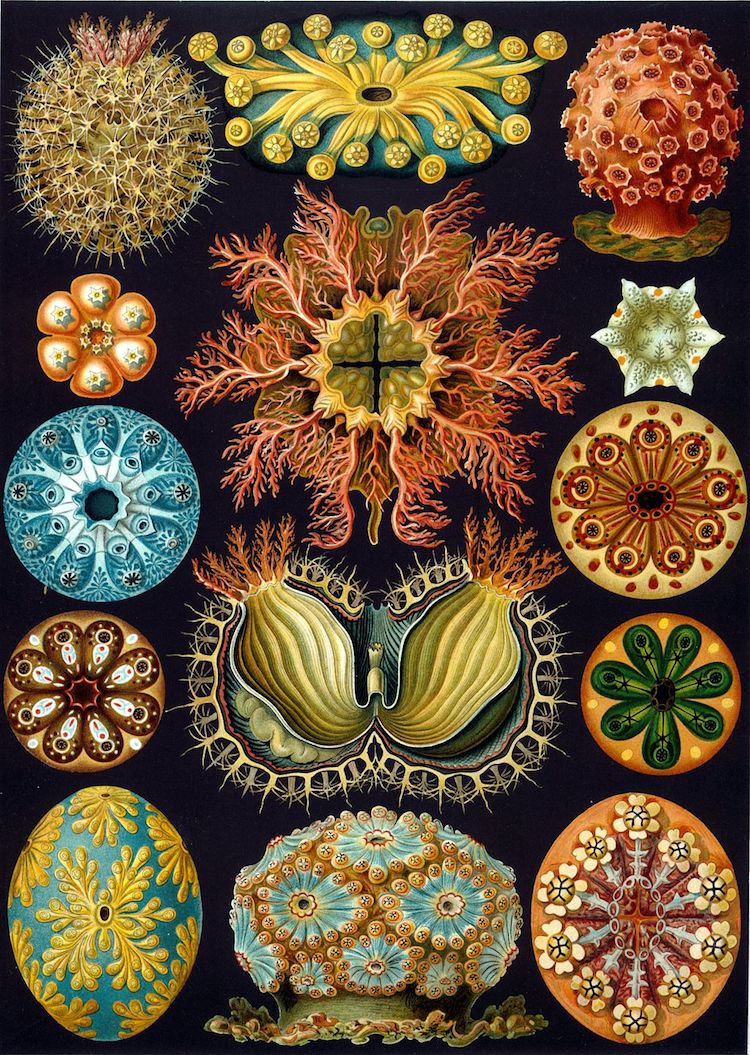 Today, many science books are full of detailed photos that reveal the intricate parts of plant life, but prior to the invention of photography (and macro photography), it was up to botanical illustrators and researchers to record the fascinating forms of flora and fauna. One scientist who recorded his findings with drawings is Ernst Heinrich Haeckel, a German biologist, naturalist, philosopher, and physician.

Made during the late 19th and early 20th centuries, his brilliantly colorful and highly stylized drawings, watercolors, and sketches reveal how different forms of plant life appear under the microscope. Although each hand-drawn organism looks like something from a science fiction book, Haeckel’s body of work sheds light on the incredible hidden intricacies of real, natural forms that inhabit the Earth.

Who was Ernst Haeckel? 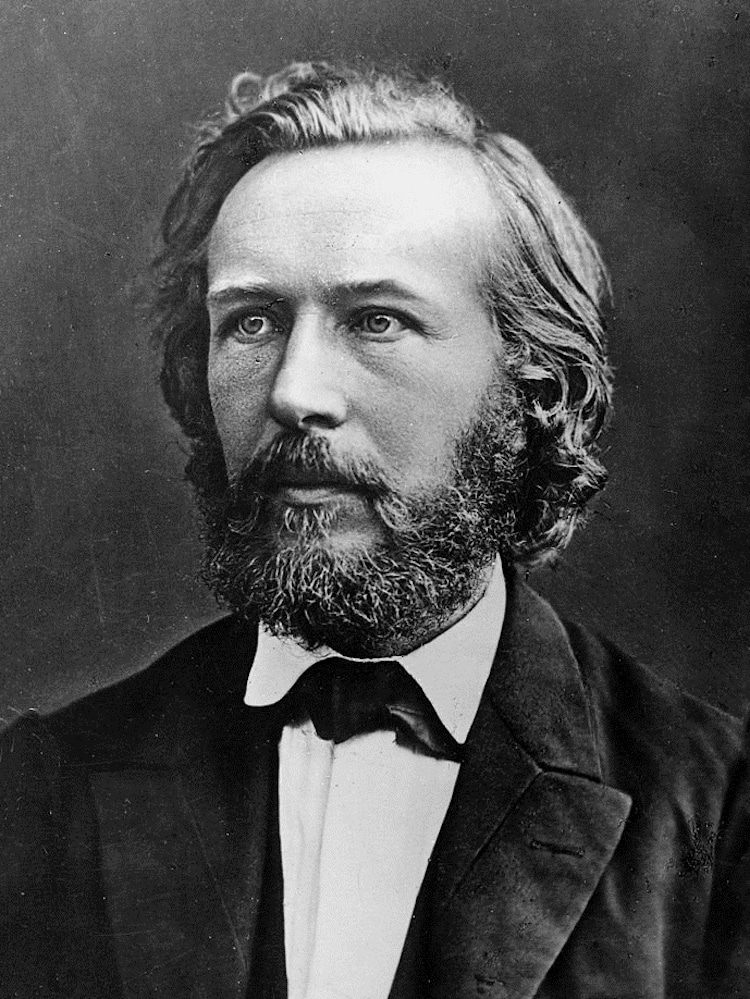 Born in Germany in 1834, Ernst Haeckel studied medicine at the University of Berlin and graduated in 1857. While he was a student, his professor Johannes Müller, took him on a summer field trip to observe small sea creatures off the coast of Heligoland in the North Sea, sparking his life-long fascination for natural forms and biology.

In 1859, when Haeckel was 25, he traveled to Italy where he spent time in Napoli discovering his artistic talent. In the same year, he went to Messina where he studied the structures of radiolarians (microscopic protozoa that produce intricate mineral skeletons). He published 59 scientific illustrations between 1860 and 1862, along with the original microscope slides.

The Marriage of Art and Science 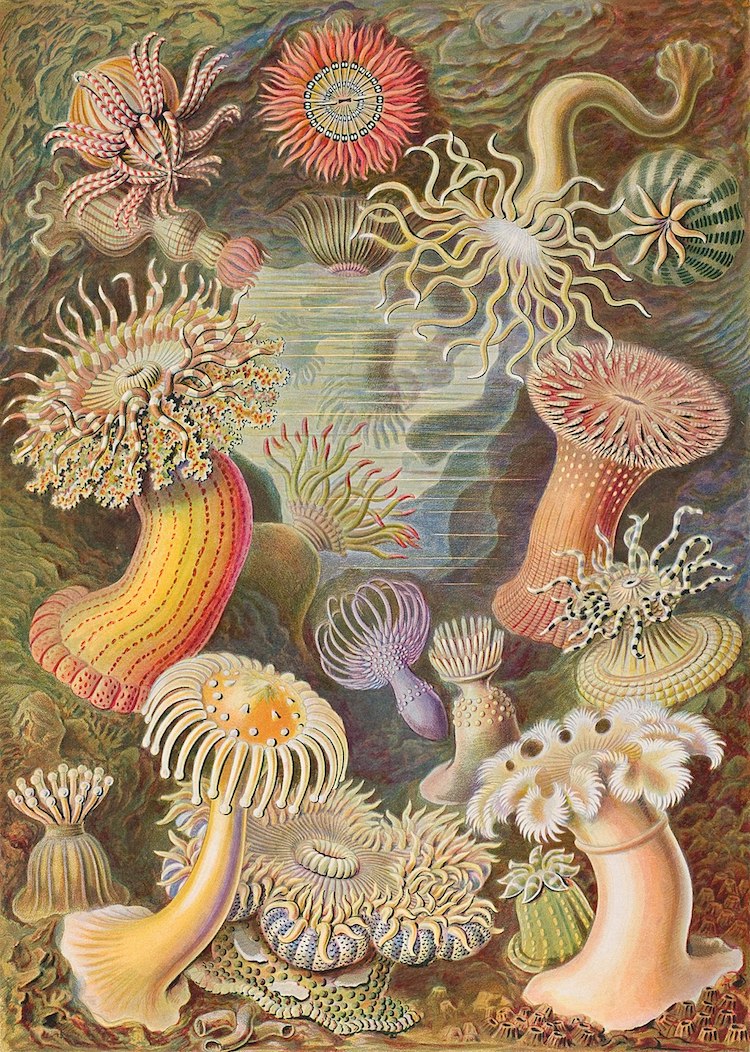 Haeckel spent his life researching flora and fauna “from the highest mountaintops to the deepest ocean.” He not only discovered, described, and named thousands of new species, but captured their forms with his incredible illustrations. Rendered with graphic precision and delicate shading, Haeckel’s work embraced the Darwin theory of evolution and helped to educate the world about microscopic organisms that were previously unseen.

In 1864, Haeckel sent Charles Darwin, two folio volumes on radiolarians. His gothic, white on black drawings impressed Darwin so much that he wrote back to Haeckel to express his gratitude. He said, “[They] were the most magnificent works which I have ever seen, and I am proud to possess a copy from the author.” 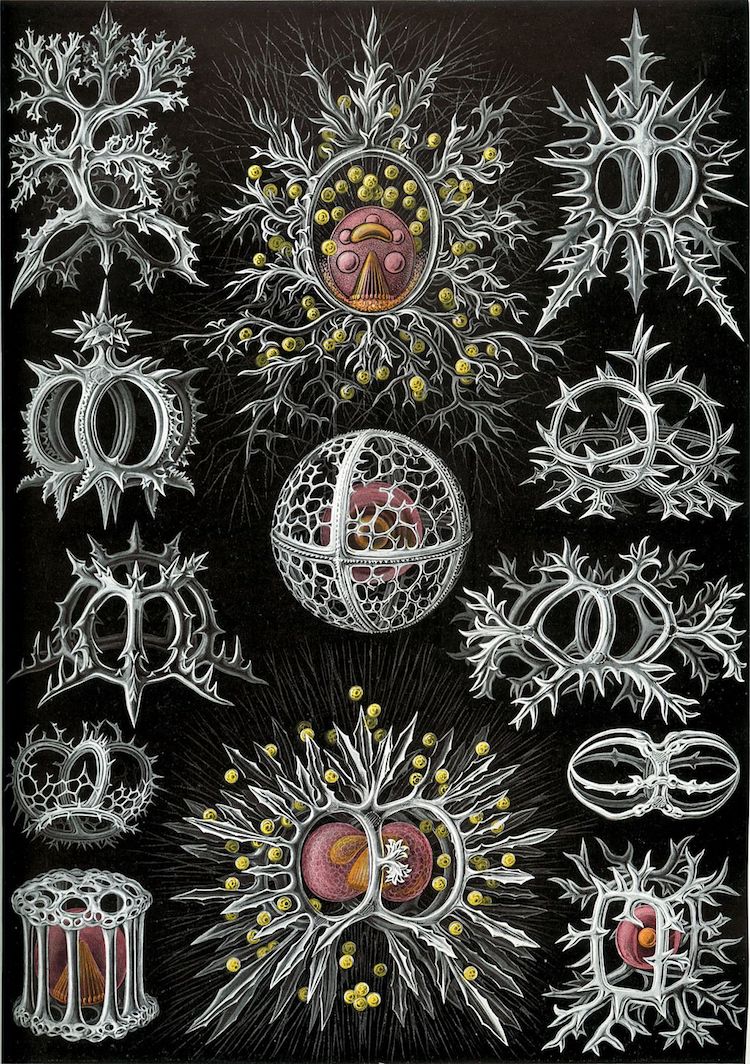 Haeckel became a champion of Darwinism in Germany. His work was so popular in fact, that his book, Natürliche Schöpfungsgeschichte (The History of Creation: Or the Development of the Earth and its Inhabitants by the Action of Natural Causes) published in 1868, became the main source of information on evolution before the First World War.

Perhaps his most famous publication is his multi-volume series Kunstformen Der Natur (Artforms in Nature) from 1904, which includes hundreds of highly detailed drawings that became known as a “visual encyclopedia” of living things. In celebration of this series, Taschen recently published a 704-page book, titled The Art and Science of Ernst Haeckel. It features 450 drawings, watercolors, sketches from his research, and a collection of 100 prints of varying organisms originally published between 1899 and 1904.

Haeckel died in 1908 at the age of 85, but his legendary portfolio is still relevant in scientific and artistic worlds today. His work continues to influence scientific research, but it also inspired the art, design, and architecture of the early 20th century. Today, Haeckel’s botanical illustrations continue to inspire and remind us that the natural world is full of beauty and surprising discoveries.