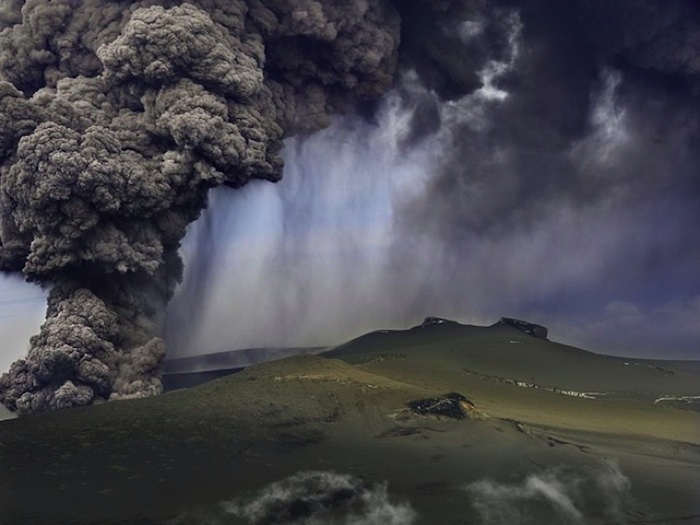 In 2010, Iceland experienced an epic volcanic eruption that captured the attention of people worldwide. Eyjafjallajkull spewed ash into the air as experts warned that the tiny particles of rock, glass and sand contained in the ash cloud was sufficient to jam aircraft engines. European air traffic was at a standstill for weeks.

While most saw the natural disaster as a huge inconvenience, Swedish landscape and aerial photographer Hans Strand saw it as an opportunity. Though it took him seven attempts before he found a way to fly to Iceland, his persistence paid off as he shot the volcano within 600 meters flying in a Cessna 172. Strand was one of the few who was able to witness, first-hand, the “continuous explosions and huge bursts of lava shooting into the sky.” He also shot from the ground, photographing the ash cloud's dramatic background against the tranquil Icelandic landscape.

Interestingly, Strand was able to capture the volcano with such crispness and clarity that after the initial processing, where he corrected the color balance, he performed no further editing. “While the colors in the images are extremely vivid, I did not doctor them after the fact…The intense blue of the ash cloud background is completely authentic. You really have to see the colors of Iceland to believe them.”

Update: We got in touch with Strand to ask him more about this very unique experience. Read that interview below. 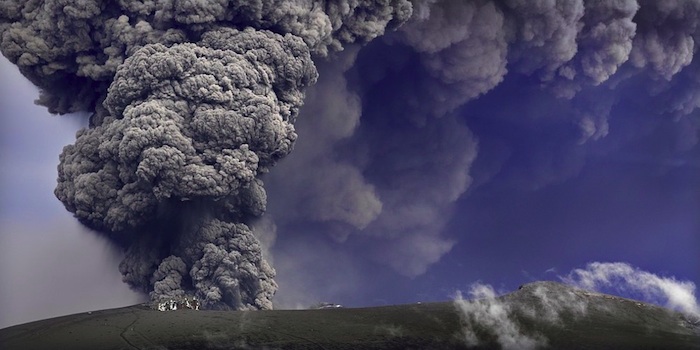 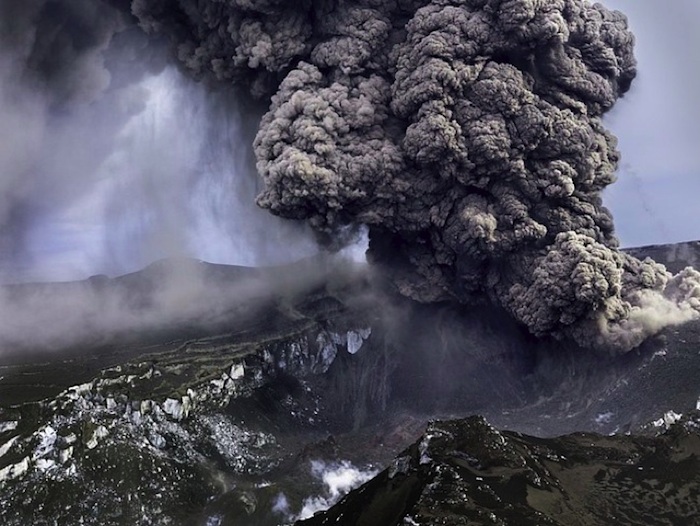 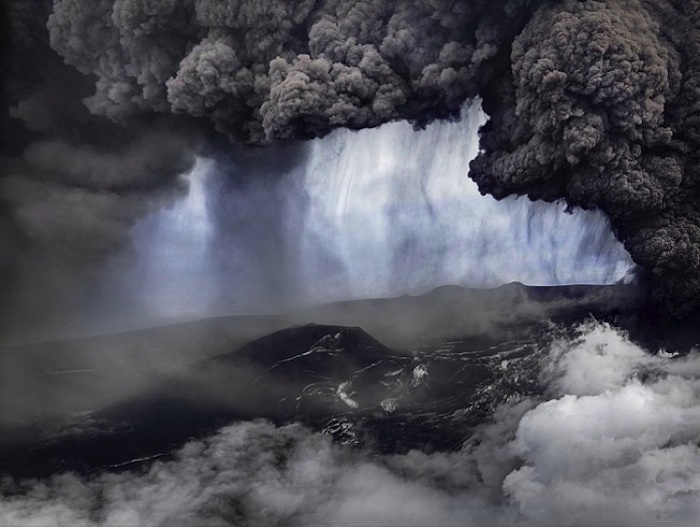 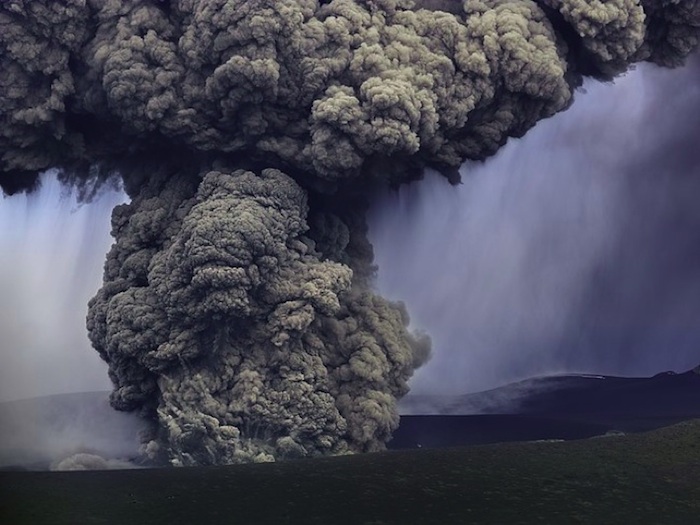 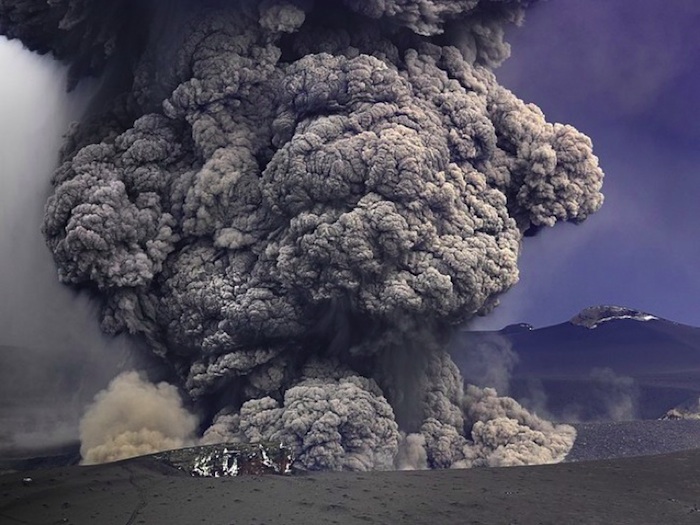 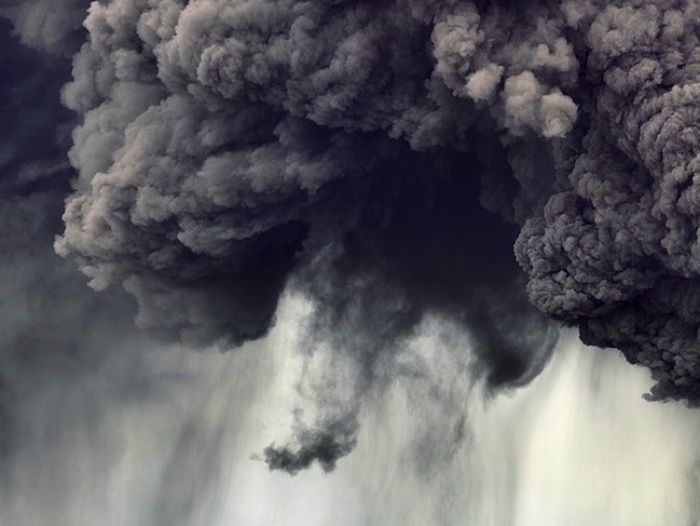 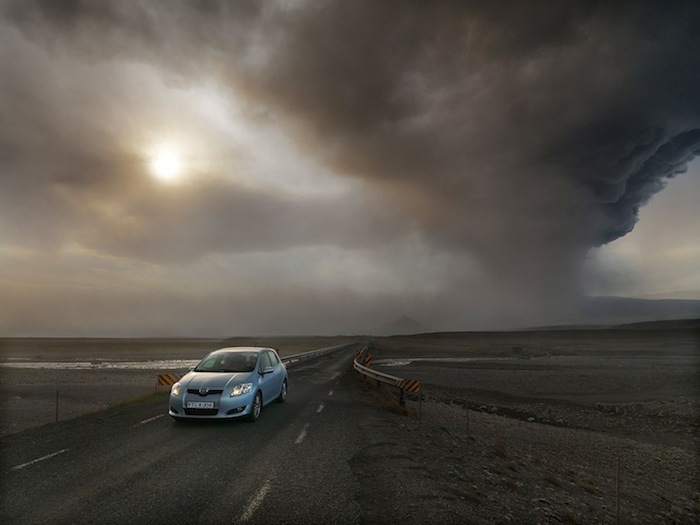 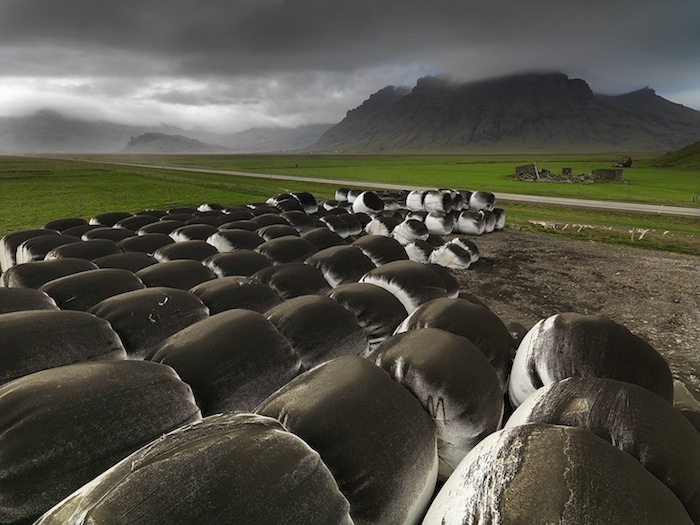 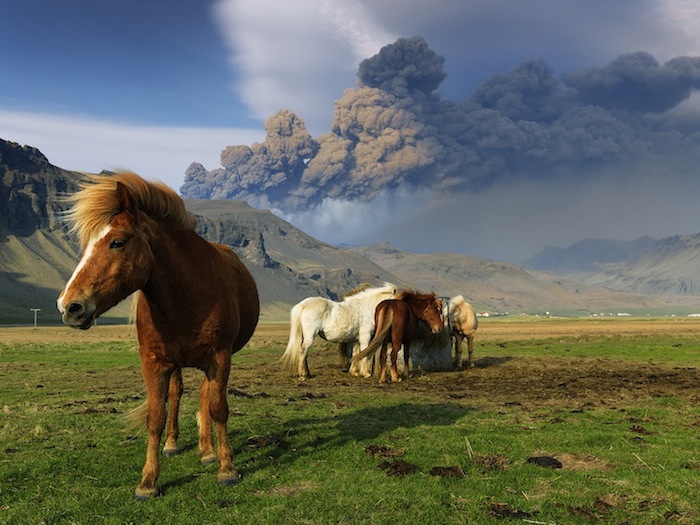 What made you decide to pursue photography as your full-time career?
It was because of continuous back problem due to sitting too much in the office as an engineer. The two last years were terrible and I just had to make a change and in 1990 I took a chance of making my living from photography which had been my hobby until then. That is a decision I have never regretted. I doubt that I would have taken the step if I had not been forced to do it. One can easily say that my bad back made me into a photographer.

You were a mechanical engineer for 9 years before you became a photographer. Does any of that engineering experience help you as a photographer?
Yes, I think so. I find it relatively easy to grasp new technical solutions such as new software etc. I have also been very meticulous with technical quality in my images. Before the digital revolution I was shooting large format 4×5″ and 8×10″ to achieve maximum technical quality.

What was it like shooting the volcano from the sky? The smell, the sight, the feeling?
It was noisy but aside from that it was a very smooth flight and not as dramatic as it looks. The feelings were, of course, a great excitement and a sense of privilege to be able to watch and photograph this magnificent display from such a short distance (about 400m).

What was the most surprising takeaway from that trip?
The most surprising experience of shooting the eruption was how dirty it was to be in the ash cloud. I had to wear a breathing mask to protect me from the dangerous ash particles. Everything was covered with ash, my camera, my clothes, my eyes and my hair. It was like being in a rain of sand and mud.

Despite the mask, I got ash particles in my mouth and I could feel the crushing sound between my teeth. There was also a very sour taste. This was, of course, from the ground level. When I was shooting from the air I was out of the wind direction and had no contact with the ash.

Thanks for the interview, Hans! Make sure to watch the behind the scenes video to really appreciate Strand's attention to detail (particularly his emphasis on composition).