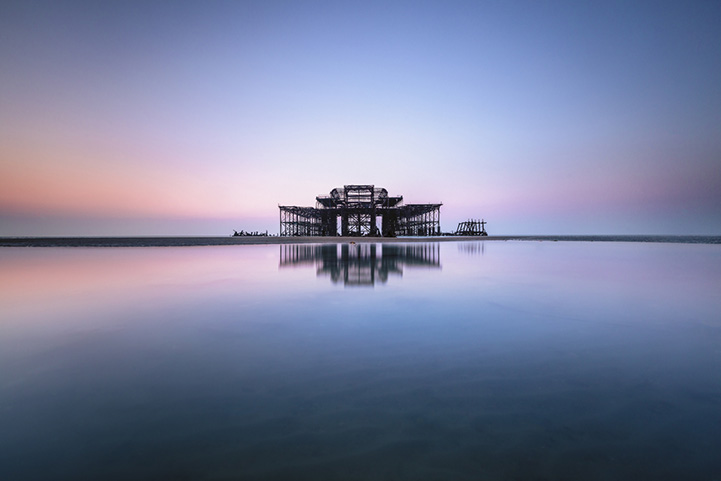 For the past two years, Brighton-based photographer Finn Hopson has documented the slow decay of Brighton's West Pier, set against a stunning landscape. The series, entitled The End of the Pier, is an ongoing project that Hopson says will end once the structure finally disappears into the sea.

Throughout each of the twelve images, viewers can see the very slow crumble of the pier as pieces fall from the building and into the water. To get the perfect perspective, Hopson actually climbs directly into the water during low tide, and he uses long exposures ranging anywhere from 30 seconds to 4 minutes to capture the peaceful balance of water, sky, and decaying building. Covered in the vibrant colors of various times of day, each scene tells a different story of solitude, beauty, and the gradual passing of time.

Hopson says he didn't originally intend to create an ongoing series. He says, “I had no intention of starting a project, I just wanted to get an interesting image once the ballroom section had been taken away. It left such a huge space on the beach where I had only ever known there to be some sort of pier gubbins. After a few attempts it became a moderate obsession and now I feel kind of obliged to keep at it.” 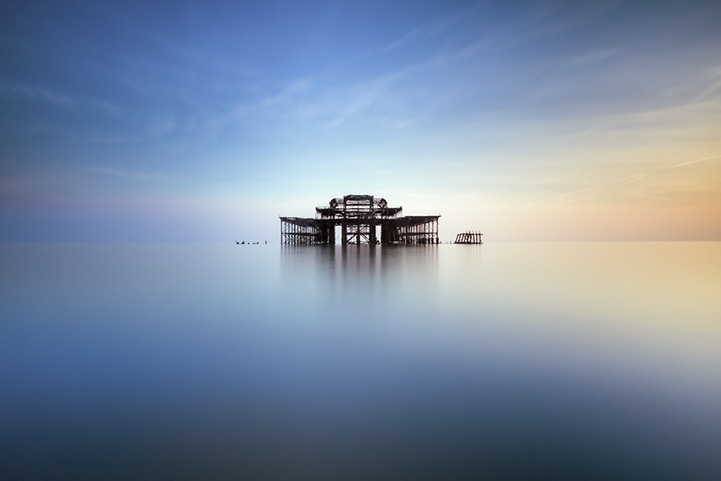 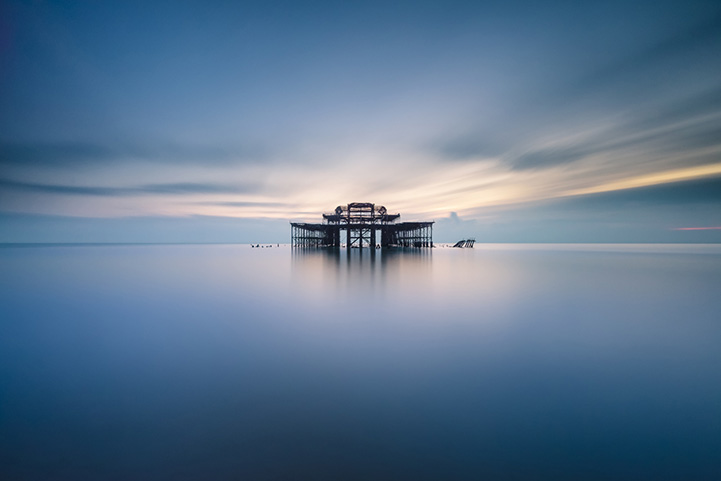 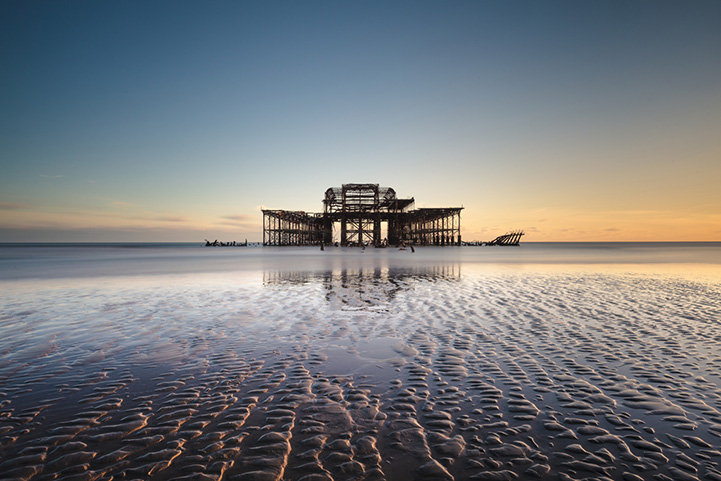 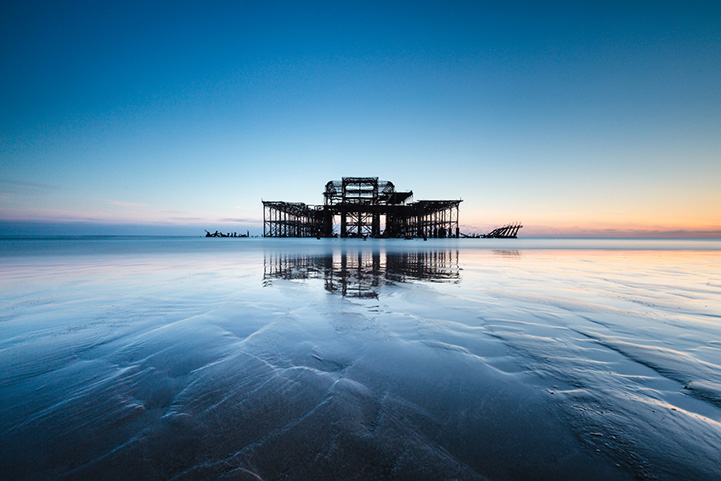 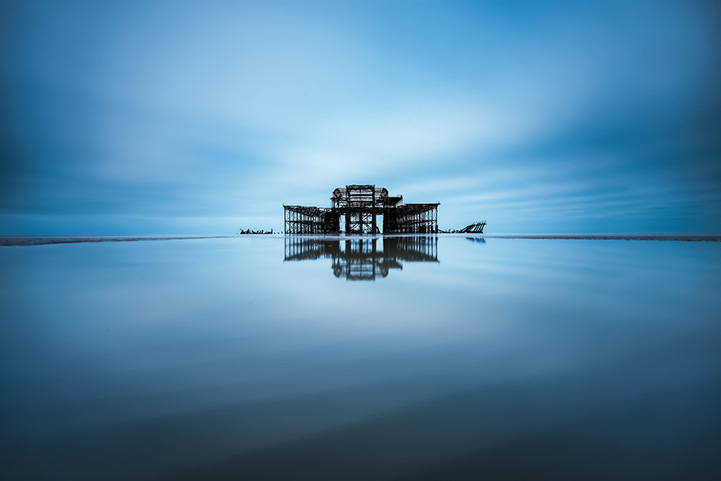 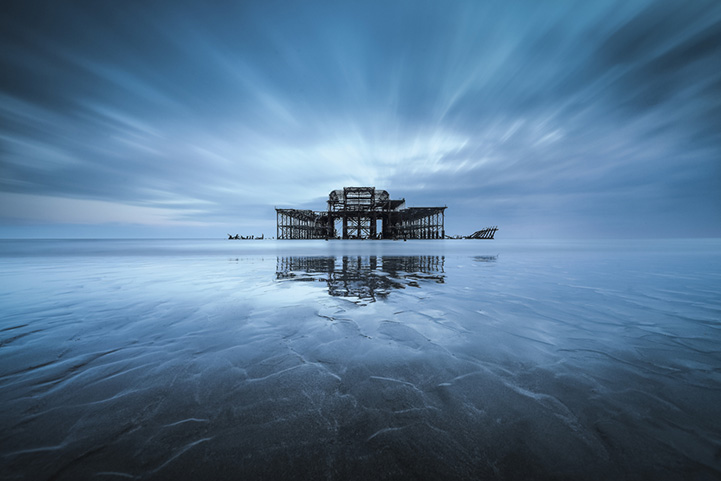 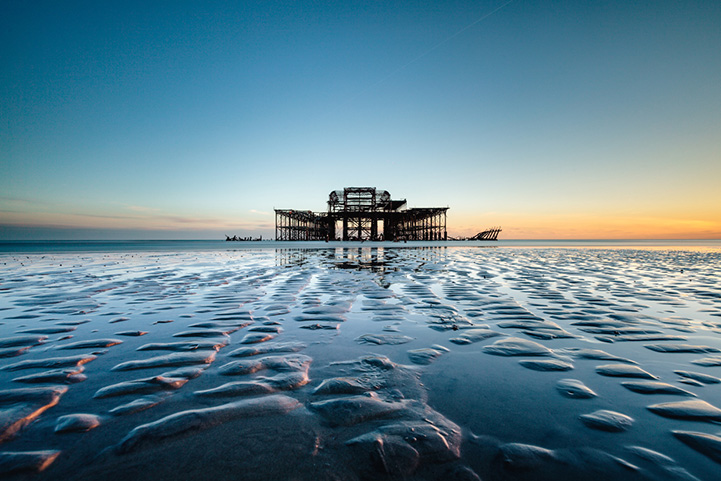 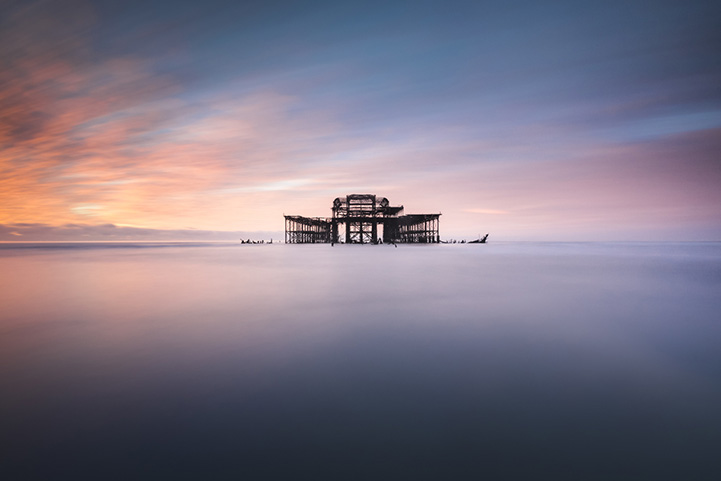 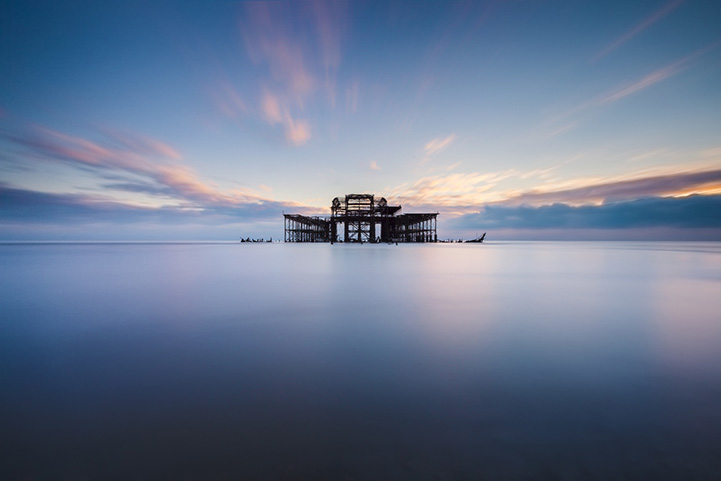 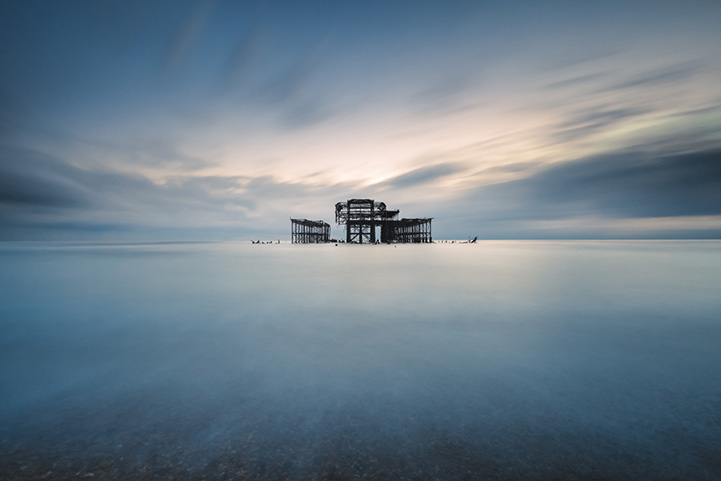 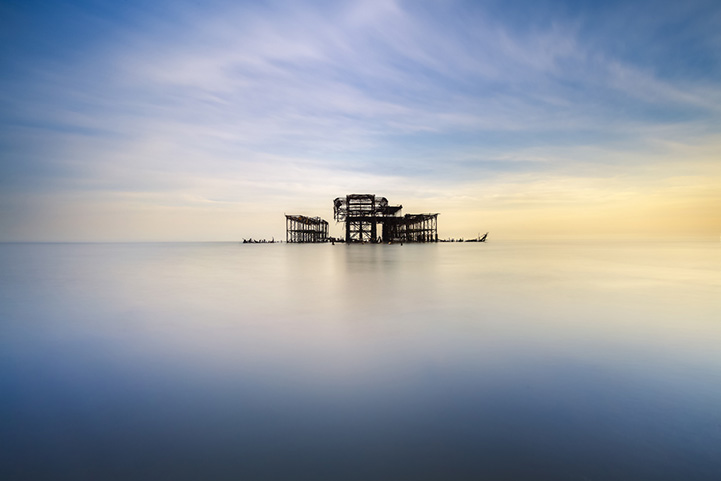