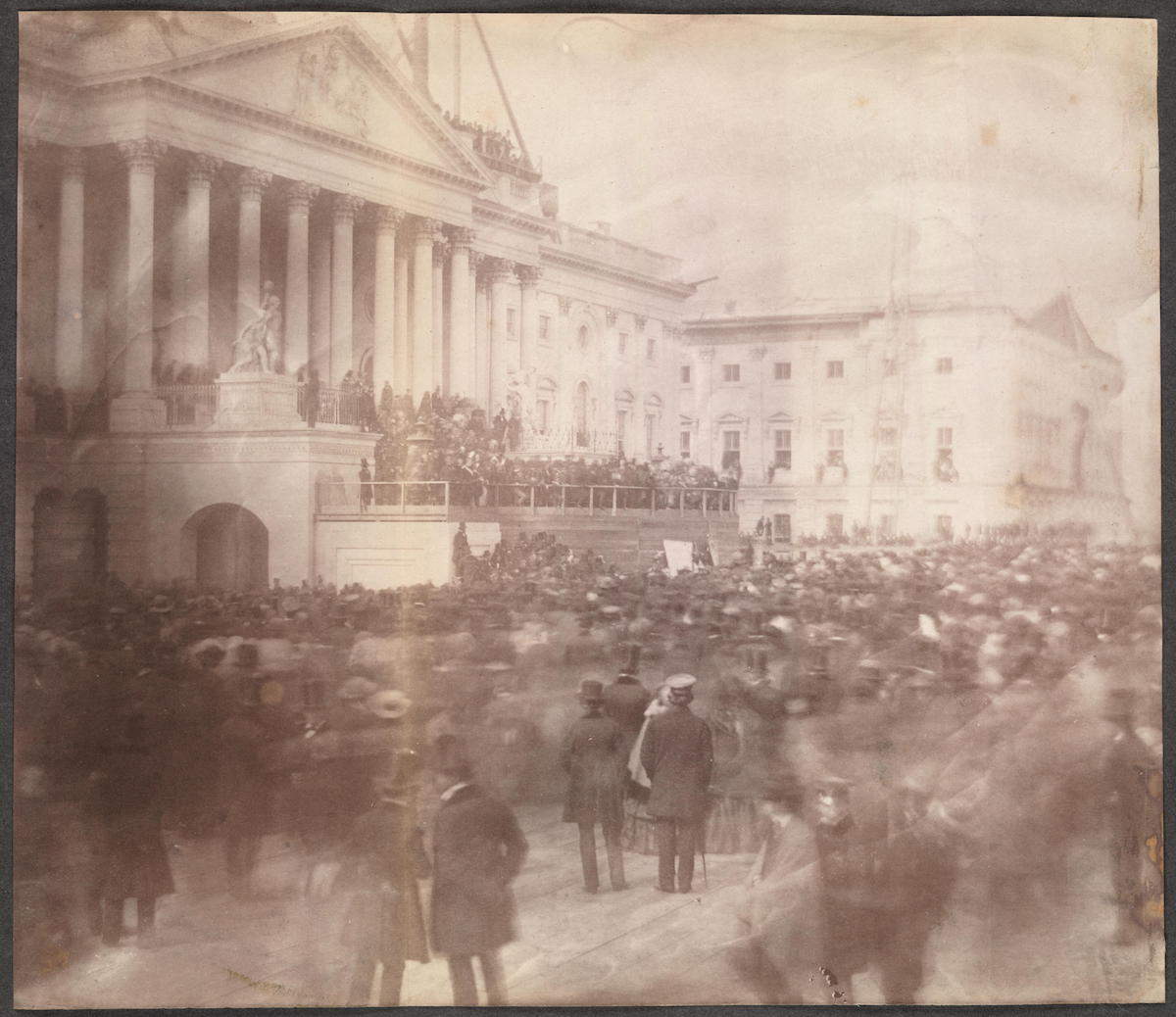 If you tuned in to the 2021 inauguration ceremony, you saw monochromatic outfits with matching face masks, a Hunger Games-esque ensemble from Lady Gaga, a meme-worthy pose from Bernie Sanders, and so much more. Like all recent inaugurations, countless photos were taken to honor this historic day. It was not always so easy to capture the crowds and excitement of the swearing-in of a new president, though. The first-known photograph of a presidential inauguration at the capitol was in 1857 when photographer John Wood captured this historic shot.

Wood worked for the Architect of the Capitol under U.S. Army officer and civil engineer Montgomery C. Meigs, who hired him as a “photographic draftsman.” This role included taking photographs of construction drawings as a way to share them without needing multiple drafts. The building was still under construction in 1857 when Meigs was assigned to prepare for the inauguration of James Buchanan. In addition to the main platform, the civil engineer constructed one for Wood to take the photograph of the presidential inauguration for the first time. From his photo, we can see the construction progress of the Capitol building. If you look closely at the feet of some onlookers, you will notice the temporary wooden boards used to cover the stone yard.

This photograph is an example of the wet-plate collodion method—a process invented by Frederick Scott Archer in 1851. It was also simply called the collodion process since it involved wetting a glass plate with a mixture of a soluble iodide and a solution of collodion. The wispy quality of the photograph is a result of the long exposure often needed to achieve this method. A portable darkroom would also have been necessary.

After taking this now-historic image, Wood continued serving as the photographer for the Architect of the Capitol until 1861. He left to photograph maps in the Civil War, providing a similar service as his photos of architectural drawings for the Capitol. Still, his greatest legacy is probably this photograph of the March 4, 1857 inauguration, which often resurfaces around the time a new president is sworn in every four years.

All images via Library of Congress.

Have you ever attended an Inauguration? Share
Like My Modern Met on Facebook
Get Our Weekly Newsletter
Become a
My Modern Met Member
As a member, you'll join us in our effort to support the arts.
Become a Member
Explore member benefits