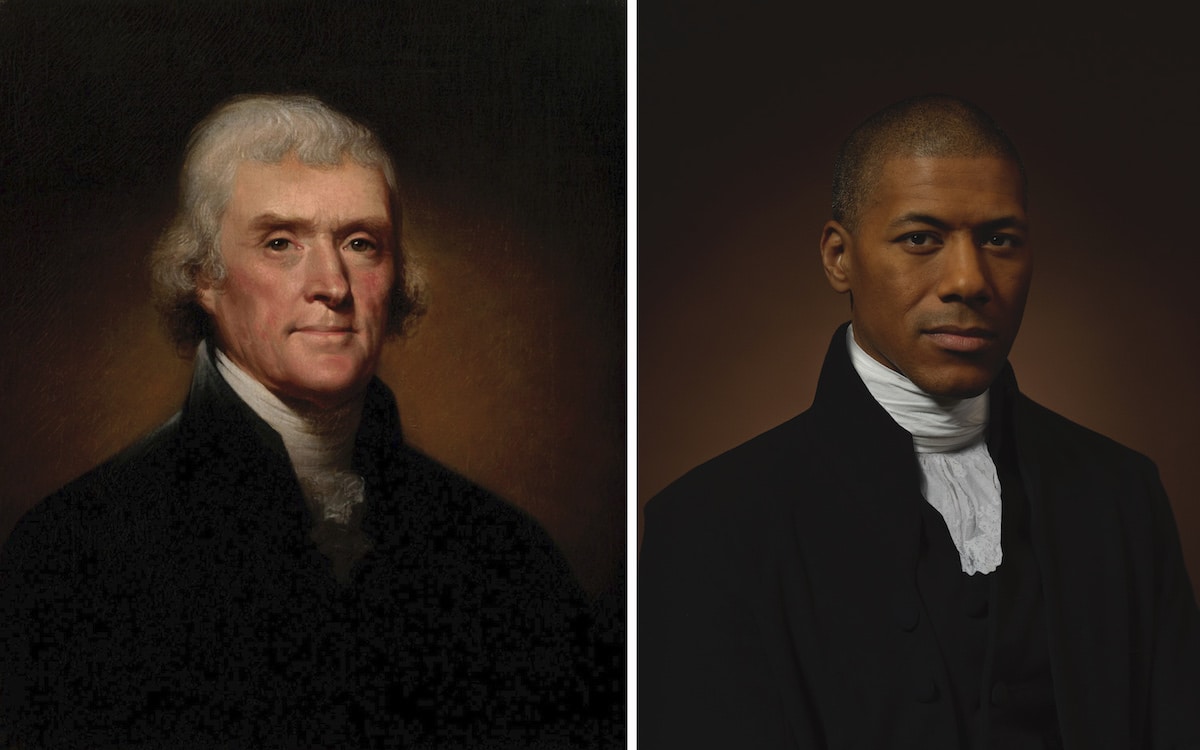 For the past 15 years, photographer Drew Gardner has been bridging past and present through his ongoing project titled The Descendants. For this innovative photo series, Gardner has been tracking down the living relatives of history's greatest figures and photographing them as they take on the guise of their ancestors. Most recently, the project has garnered a new wave of attention after the dedicated photographer worked with Smithsonian Magazine to photograph the descendants of Thomas Jefferson, Frederick Douglass, and Elizabeth Cady Stanton.

In particular, it was the portrait of Thomas Jefferson's sixth great-grandson, Shannon Lanier, that caught many people's attention. It is no secret that he fathered many children with Sally Hemings—a mixed-race woman who was enslaved by Jefferson—but it is still undeniably powerful to see what this meant for his lineage. Lanier, who works as a television reporter in Houston, has written a book about his experience growing up as a Black man related to Jefferson. He was on Gardner's radar for five years prior to their photoshoot, but their encounter wasn't a given.

After an initial phone call, Lanier still needed to mull over the decision to be portrayed in a way that some might perceive as glorifying Jefferson and his actions. “If we do this, a whole lot more people will know about Sally Hemings than if we didn't,” Gardner recalls telling Lanier. “More people will come aware of it. And one of the cool things is that this has happened. People have said, ‘Wow, I didn't know that Jefferson had a Black family.'”

By raising awareness to a part of American history that is often hidden, Gardner is helping more people come to grips with its sometimes ugly past. In fact, his motivation to move the project to North America after photographing descendants in Europe for many years was precisely to show a wider diversity in history.

Gardner has already photographed the distant relatives of Napoleon, Oliver Cromwell, and Horatio Nelson, among others, when he stepped back to take a critical look at his work. “I was just looking at the gallery of all my descendants and I think, apart from Geronimo, I thought, wow this is pretty white,” he tells My Modern Met. “And I felt really uneasy about that. So I started to look around and decided to focus on the wealth of Black history in the United States and North America.”

Now that his newest set of photographs has sparked so much discussion, he's hoping to continue this path. And, in fact, he's already been contacted by several high profile descendants in the United States who would love to participate. But for him, it's all about what the public takes away from the photos and how they learn to accept all aspects of history.

“Hopefully it just gets a few more people interested in it and looking at the whole slavery situation—help get a few people on board,” he shares. “Just look at it and if they don't agree with it, even if they stay racist just to accept it. Hopefully, things will start to change. And certainly, the more pieces of conversation that can be started by a project like this or protesting or whatever anyone can do to contribute, the better.”

Photographer Drew Gardner recently photographed the living relatives of well-known American historical figures in the guise of their ancestors. 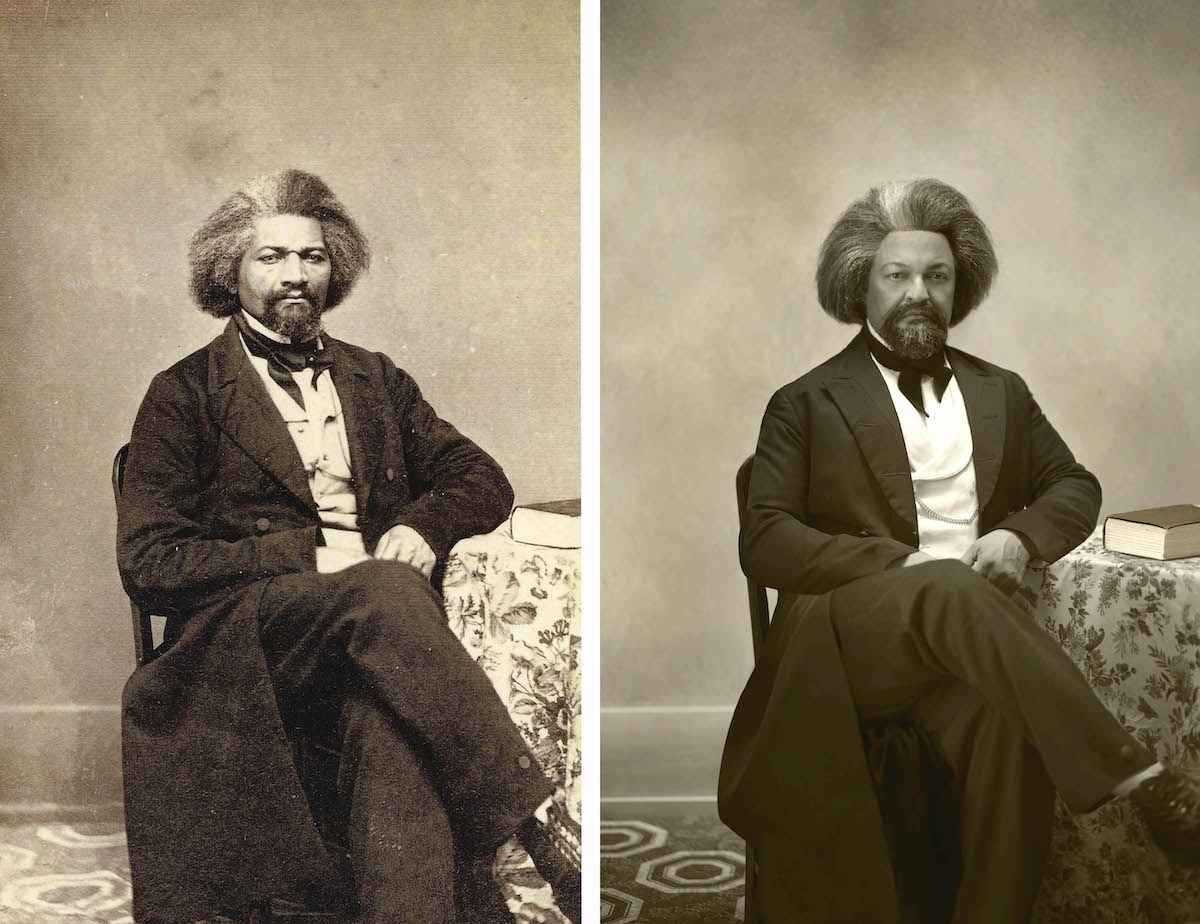 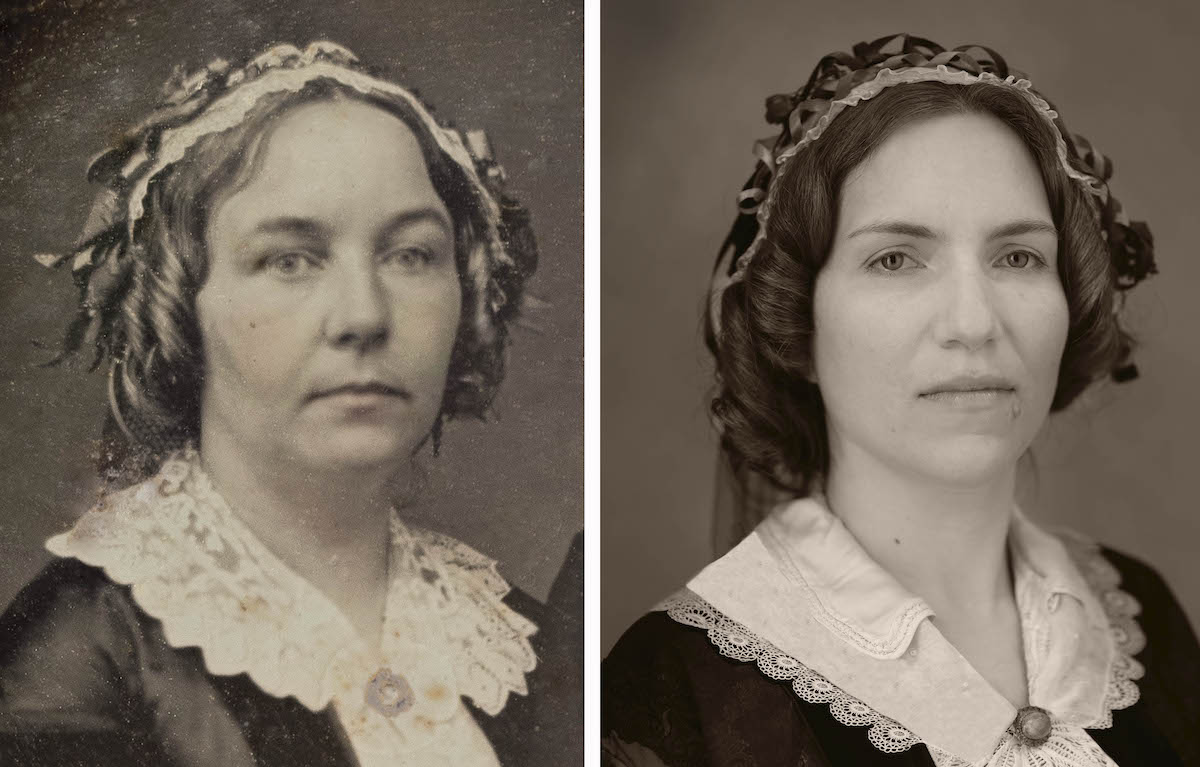 This is part of The Descendants, a photo series he's been working on in Europe for the past 15 years. 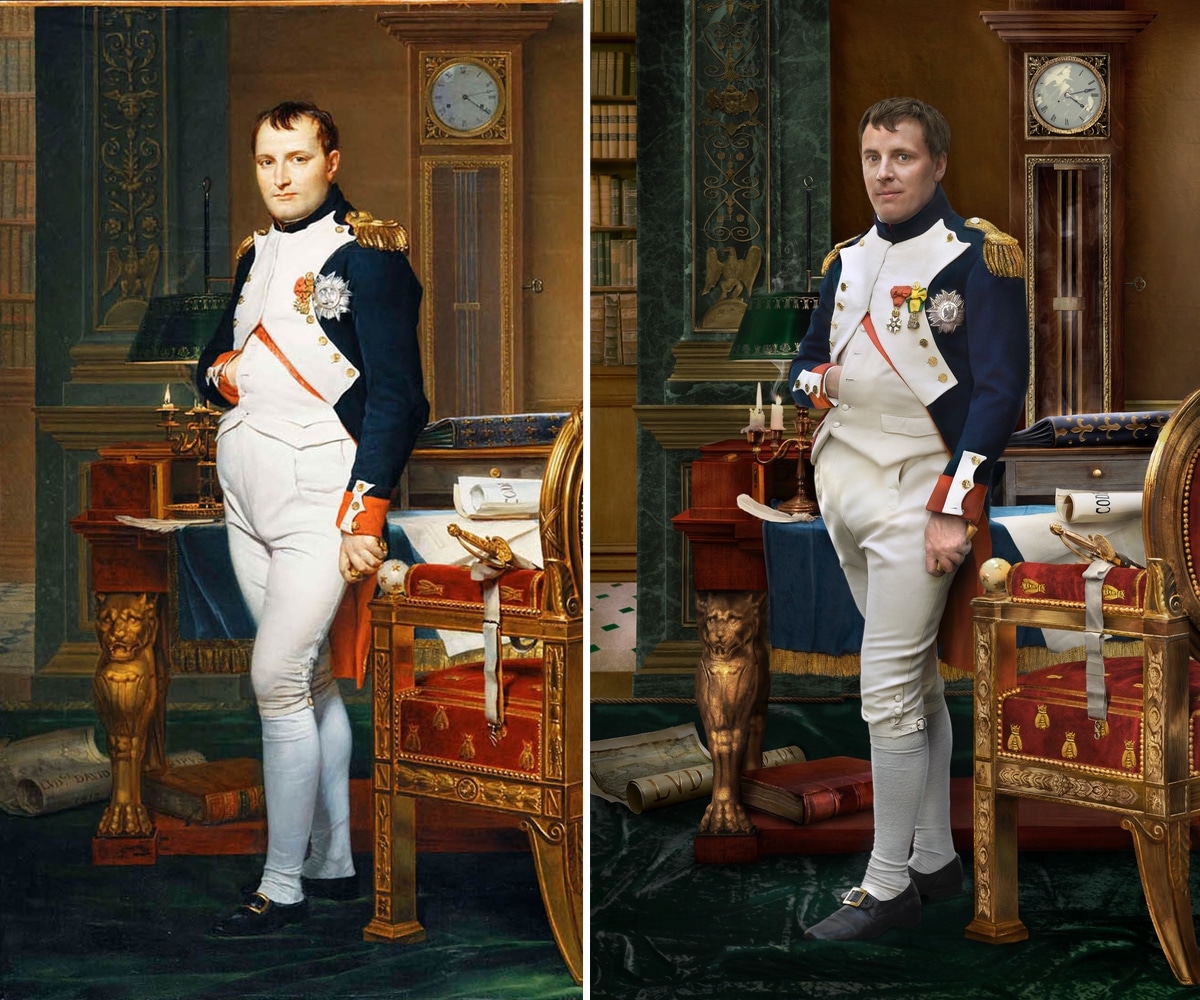 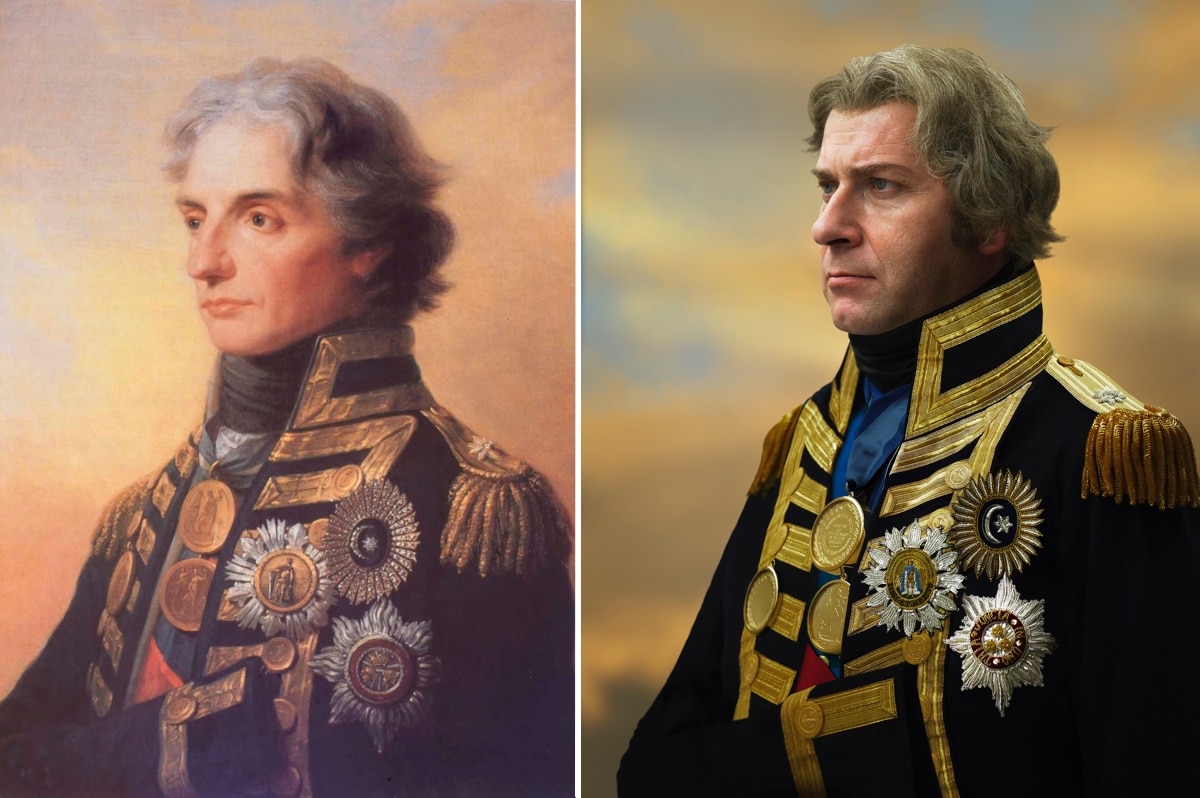 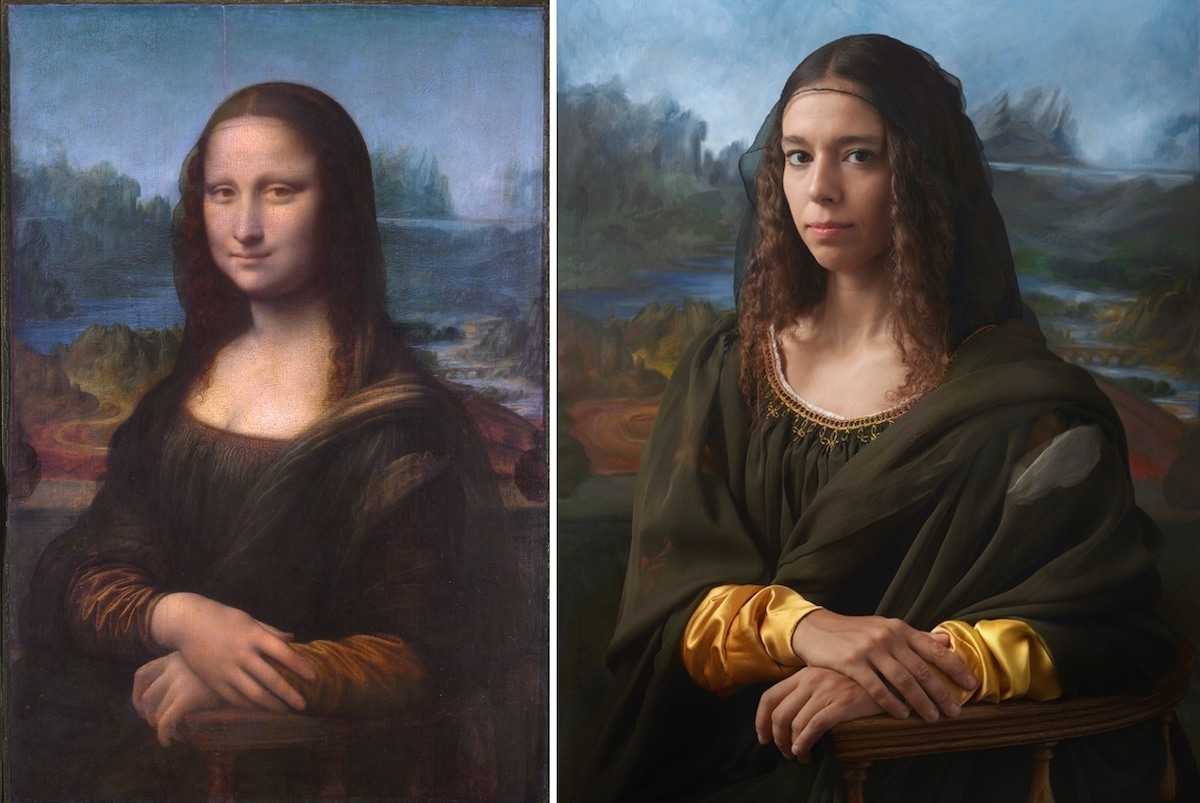 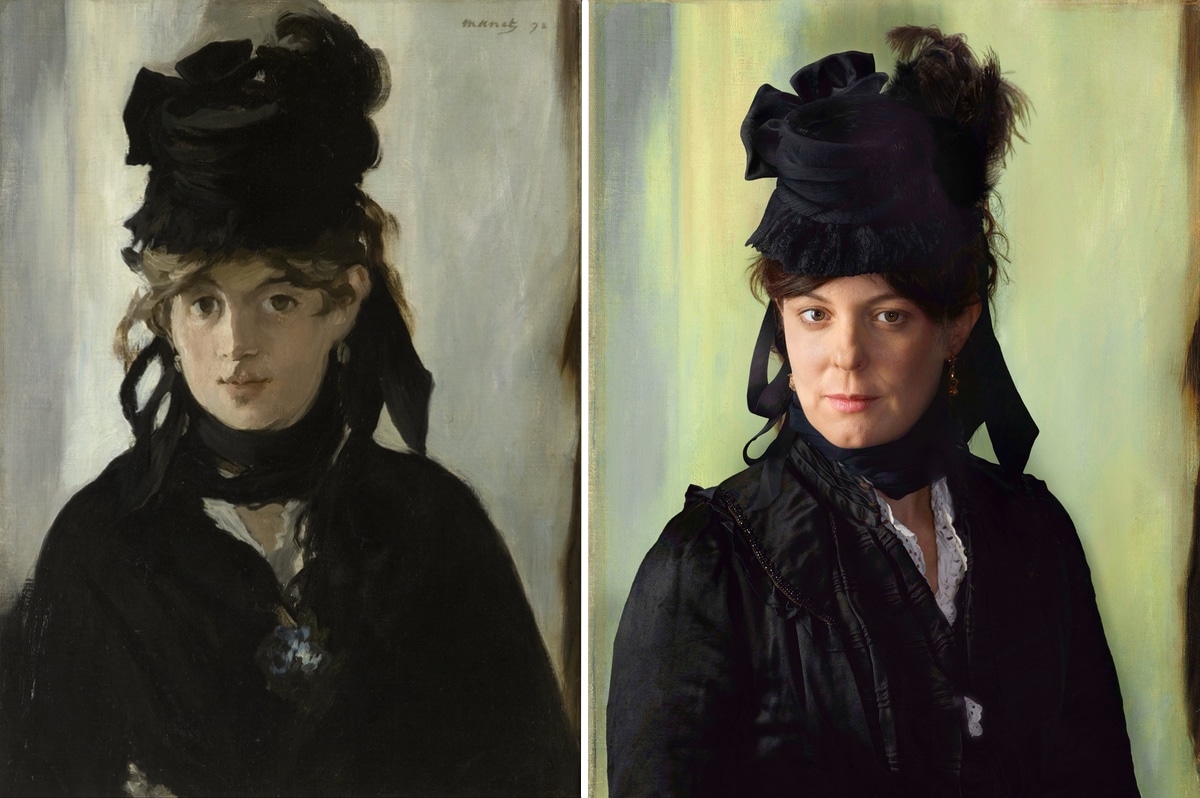 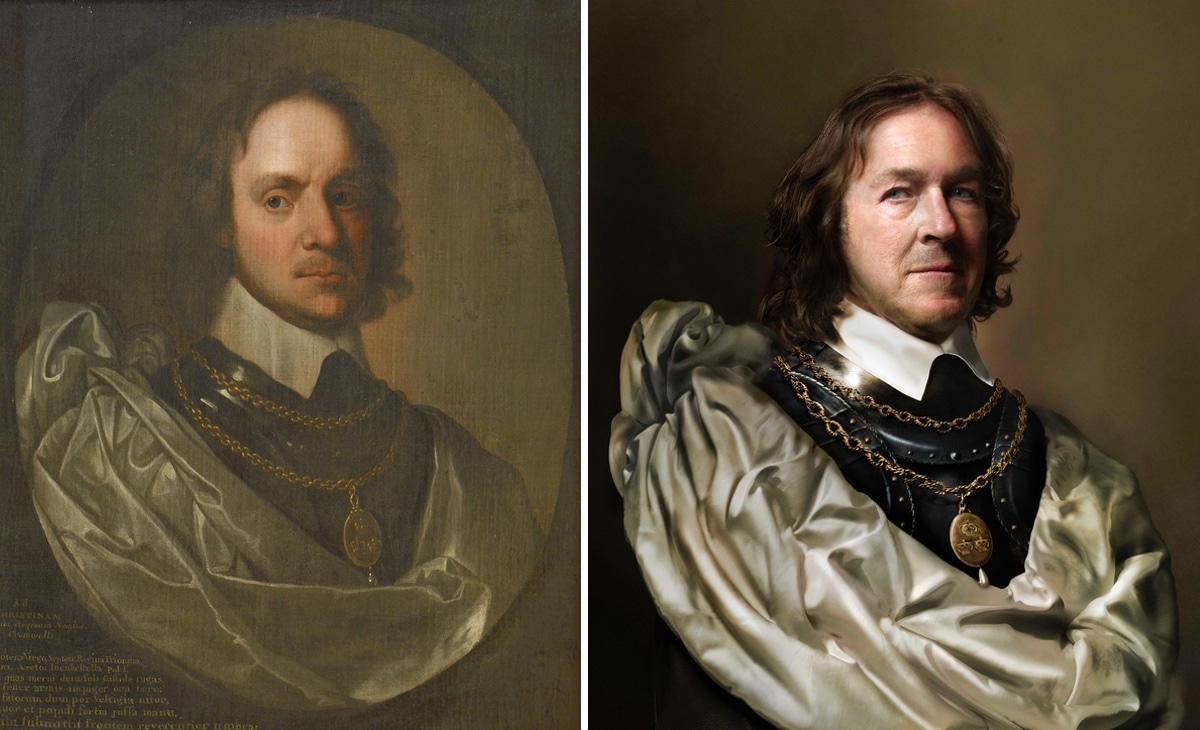 Woman Recreates Portraits of Ancestors From Over the Last 100 Years

Fascinated by this project? Share
Like My Modern Met on Facebook
Get Our Weekly Newsletter
Become a
My Modern Met Member
As a member, you'll join us in our effort to support the arts.
Become a Member
Explore member benefits