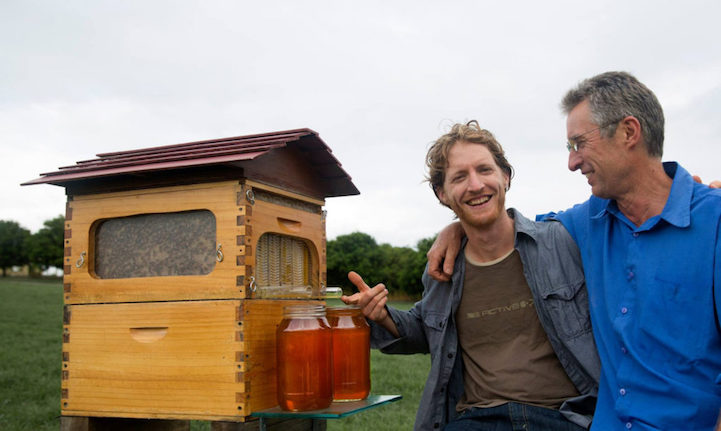 Last year, father-and-son team Stuart and Cedar Anderson introduced Flow Hive, a revolutionary way to harvest honey from beehives. It uses specially-designed honeycomb frames and a spigot system to extract the honey like you’d pour a beer—the liquid is “on tap” and distributes the honey without disturbing the bees (unlike traditional approaches). When we last checked in on their project, Stuart and Cedar were on the cusp of launching it through an Indiegogo campaign.

The crowdfunding was a smashing success—Stuart and Cedar projected that they’d need $70,000 to get started, but after 15 minutes on the site, they raised $250,000! By the end of day one, funding exceeded $1 million, breaking the record for fastest Indiegogo project to reach that amount.

It’s easy to see why Flow Hive caught on—the system allows people to enjoy honey without having to place themselves among a swarm of bees. These unique frames are ingenious—they consist of honeycomb cells that are partially formed. The insects complete the comb with their wax, and when an exterior tap is turned, honey flows down to a trough and out of the hive. Once the nectar is done draining, the tap is turned again, resetting the frame so that the process can begin anew.

By the end of this month, the early adopters (over 38,000 of them) should receive their Flow Hives. For those that missed the initial funding period, Flow Hive now sells their systems via their online shop. 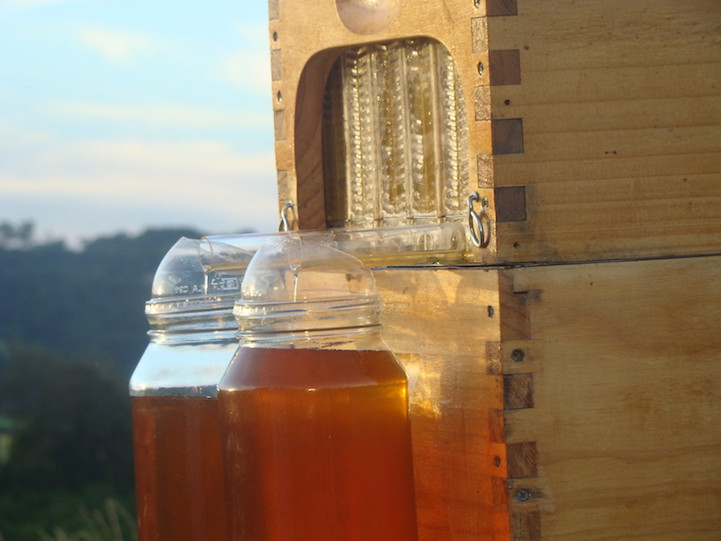 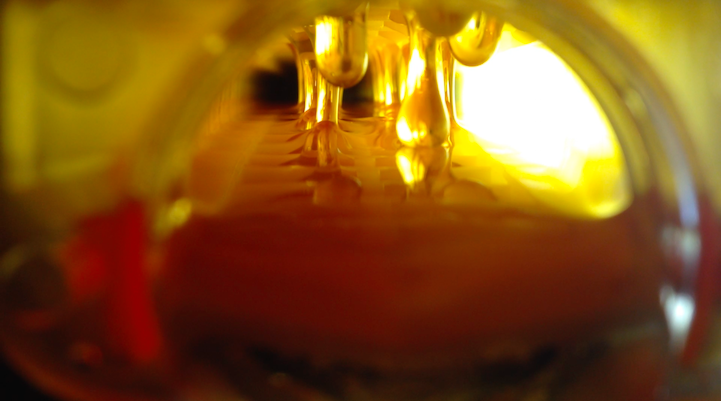 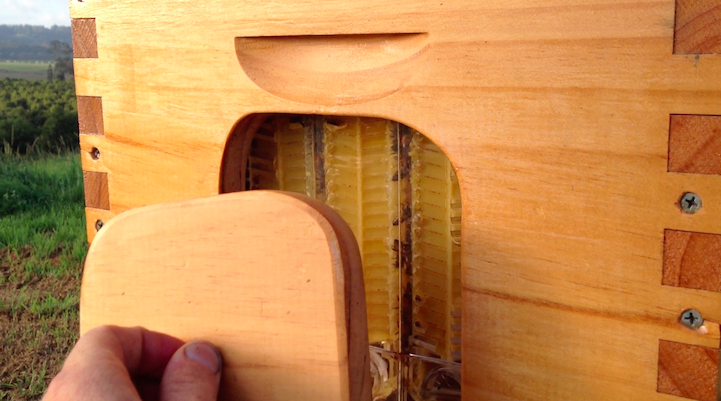 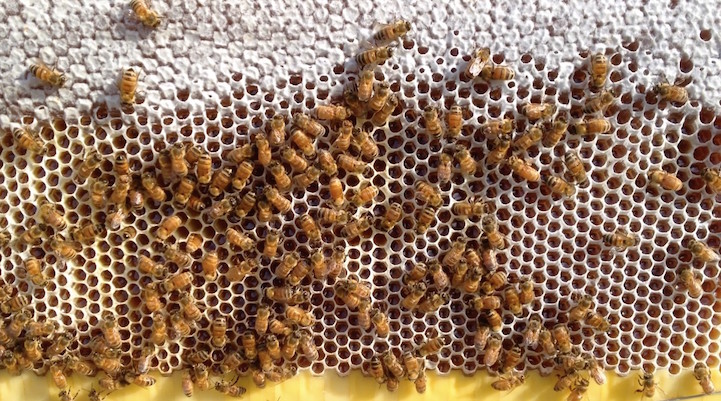 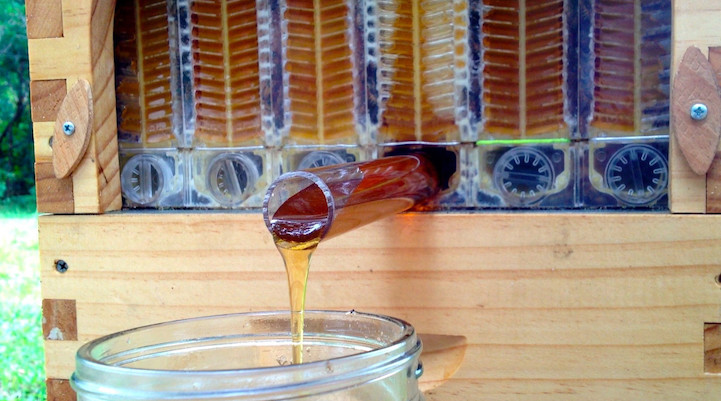