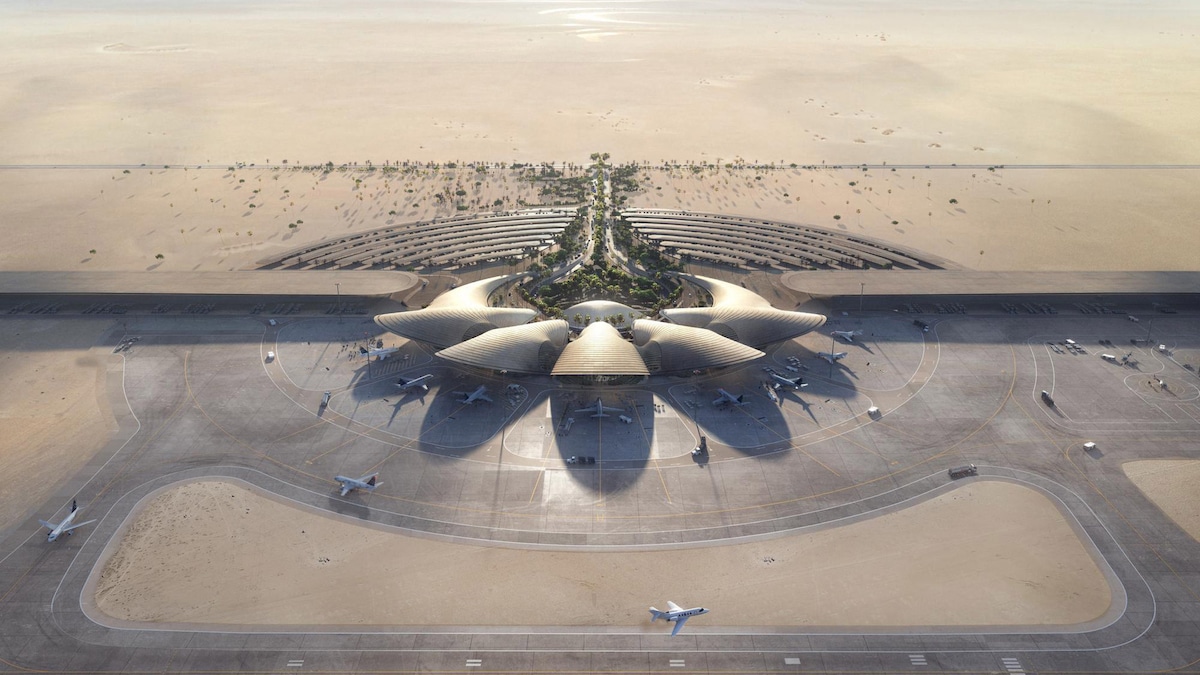 Construction has just begun at the Red Sea International Airport in Saudi Arabia. Designed by the British architecture firm Foster + Partners, the airport is part of a development called the Red Sea Project—an ongoing scheme that is considered to be the most ambitious tourist project in the world. Some of the upcoming designs in the Red Sea Project include a complex comprising 100 holiday villas by Kengo Kuma and Associates and a luxurious circular hotel also designed by Foster + Partners.

Gerard Evenden, head of studio at Foster + Partners, explains that the Red Sea International Airport is designed to be “an integral part of the visitor experience” for those traveling to the resort. The luxurious modern interiors are dotted with greenery and filled with plenty of natural light and certainly seem to fit with the tropical aesthetic of the Red Sea Project while celebrating Saudi Arabia’s local colors and natural features. “Inspired by the colors and textures of the desert landscape,” Evenden says, “the design seeks to create a calm and luxurious journey through the terminal and will become a transit hub for visitors coming in by both land and air.” 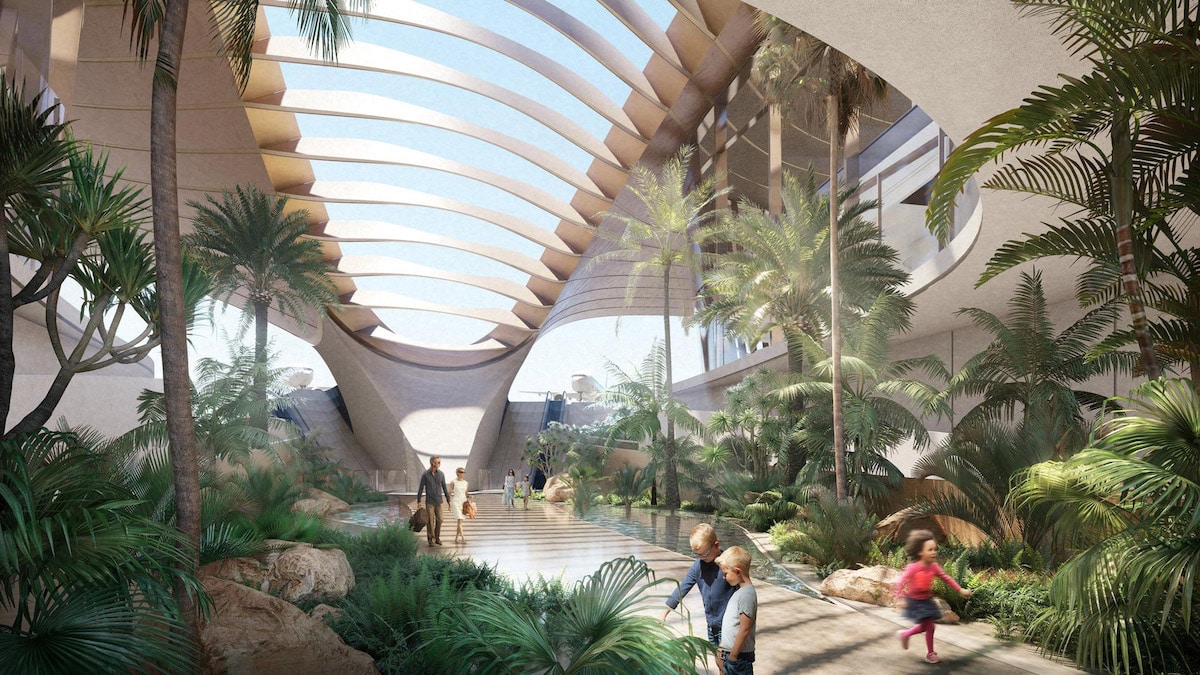 The form of the airport is also the result of local inspiration. Five “pods” with arching roofs are abstracted from desert dunes and each includes a departure lounge with additional amenities like restaurants and spas. The dunes are arranged around a central area of the airport where guests can be picked up or dropped off for travel. Once a departing traveler is left at this area, they can make their way to the pod that is scheduled for their flight. In this way, each pod acts as an independent terminal and gives the airport added flexibility for periods of high and low traffic.

Flexibility is just one of the ways this airport is designed to reduce energy and have a lower overall footprint. Other “green” interventions include self-shading devices and a smaller building overall to reduce energy demand. The airport is also planned to meet a LEED Platinum rating and be powered by 100% renewable energy. 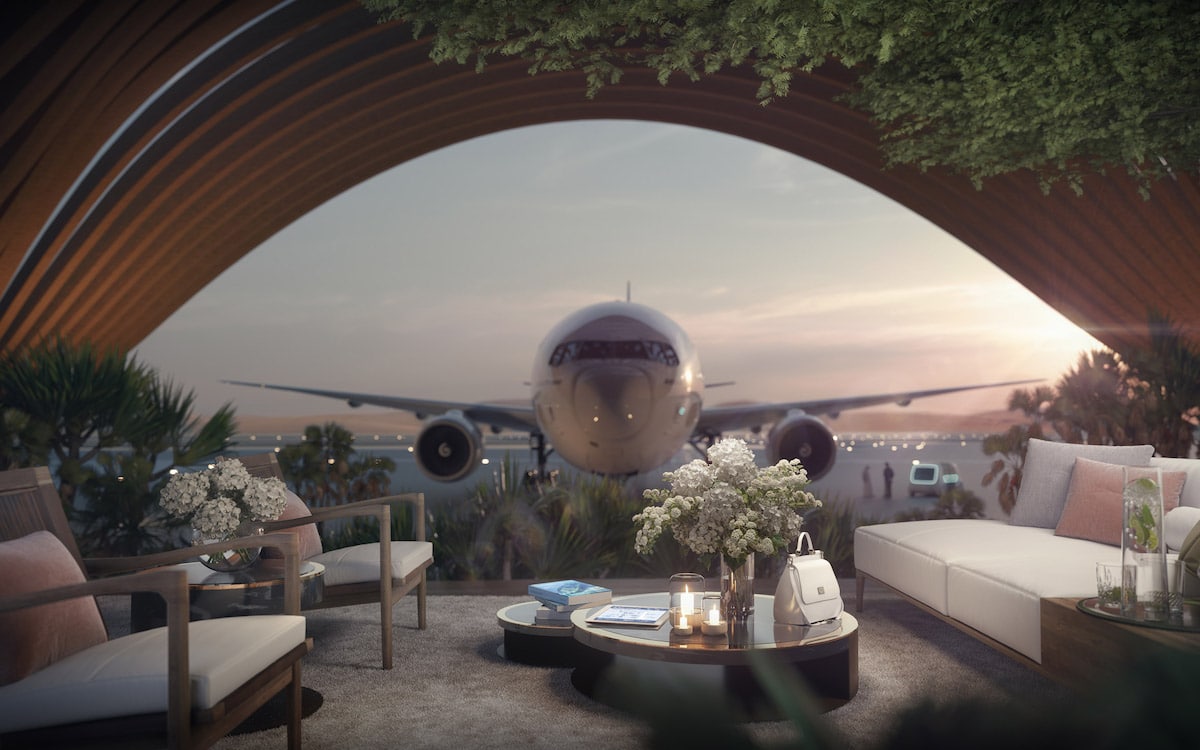 Though the airport is taking these green measures, Foster + Partners may still expect some criticism on designing the project in the first place. The controversy surrounded firms like Foster + Partners and Zaha Hadid Architects who are working on luxury airports and resorts in remote desert regions. Architects and critics have pointed out that the firms' projects seem to break promises they made by signing a pledge with Architects Declare. Critics believe that these projects are inherently harmful and that firms who signed the pledge but still take these commissions do not take Declare seriously. (You can read more about Architects Declare and form your own opinion on the future of green architecture.)

The Red Sea International Airport is expected to finish construction in 2030 and will serve one million visitors to this unique resort every year. You can keep up to date on the airport and other developments as part of the Red Sea Project through their website or by checking in with My Modern Met’s architecture stories.

Foster + Partners is designing an international airport for Saudi Arabia's Red Sea Project, the most ambitious tourist project in the world. 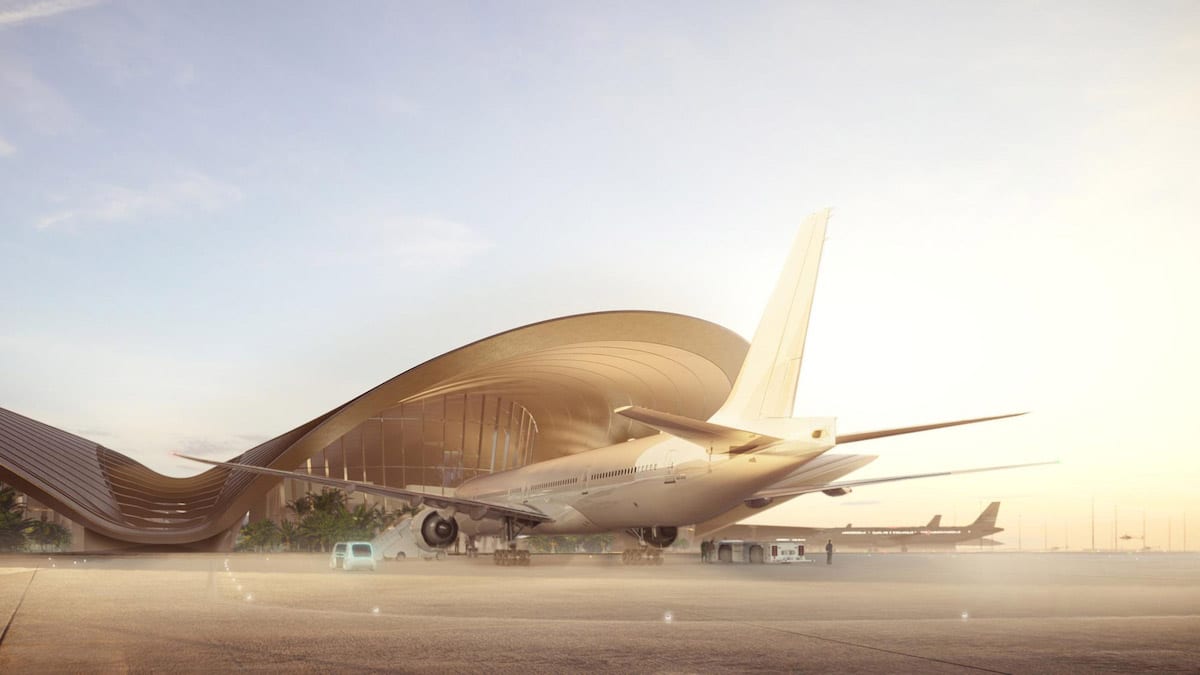 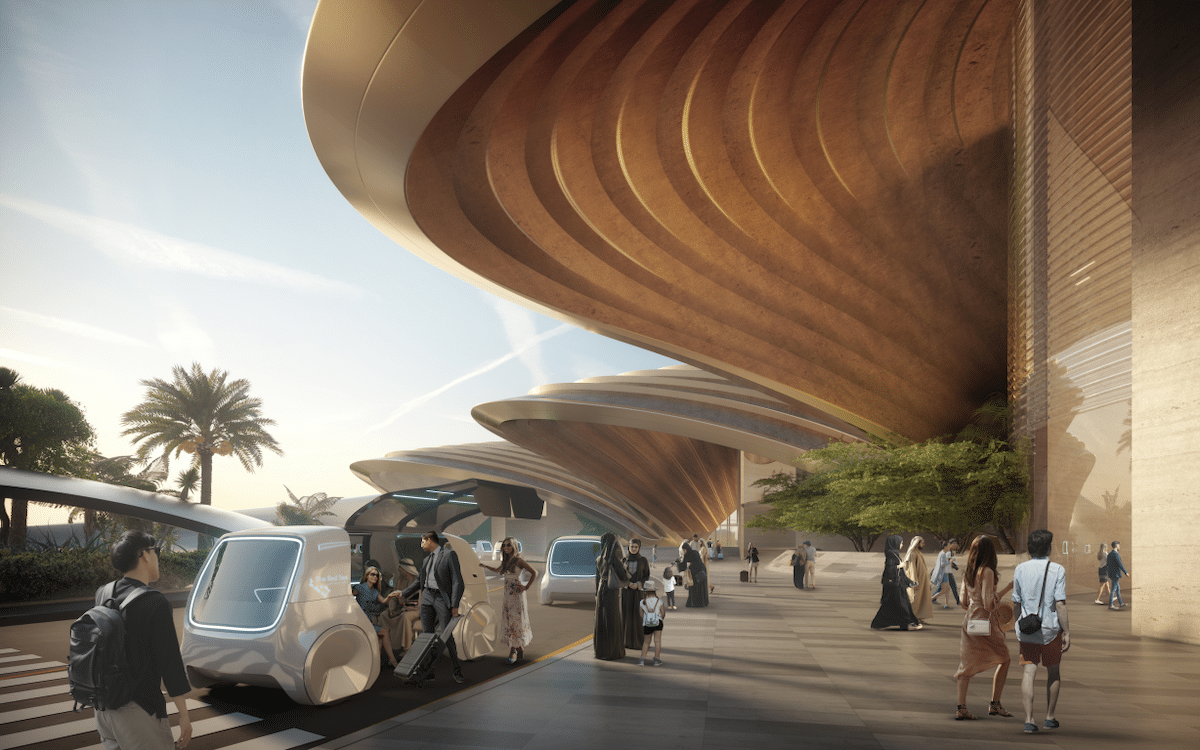 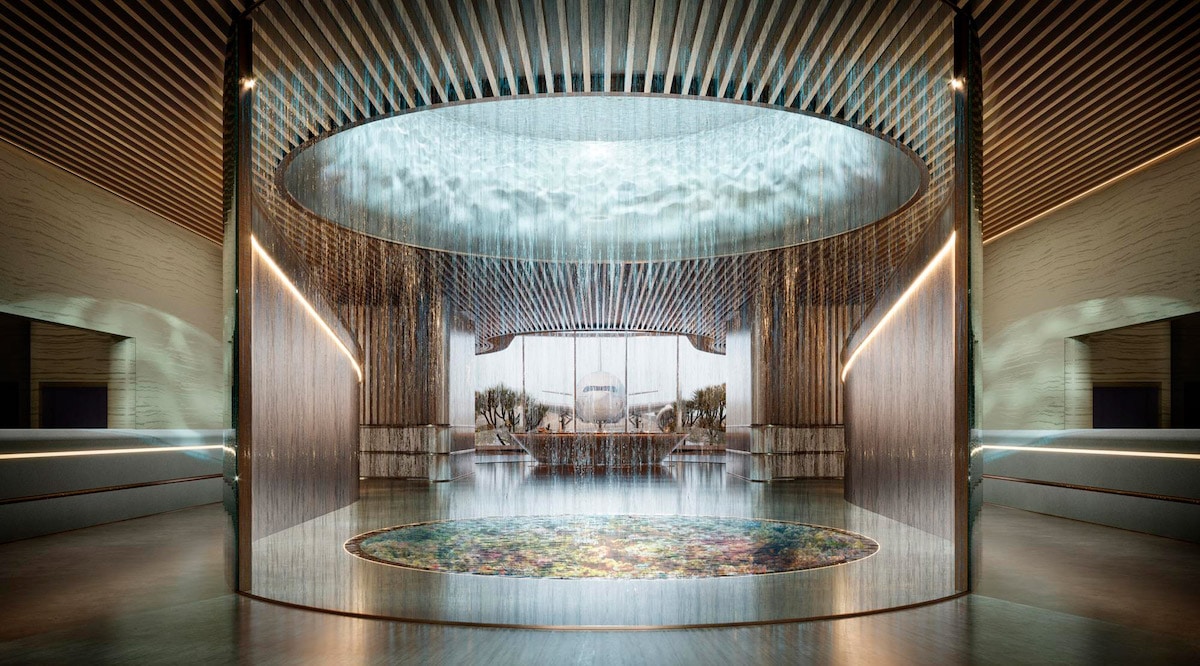 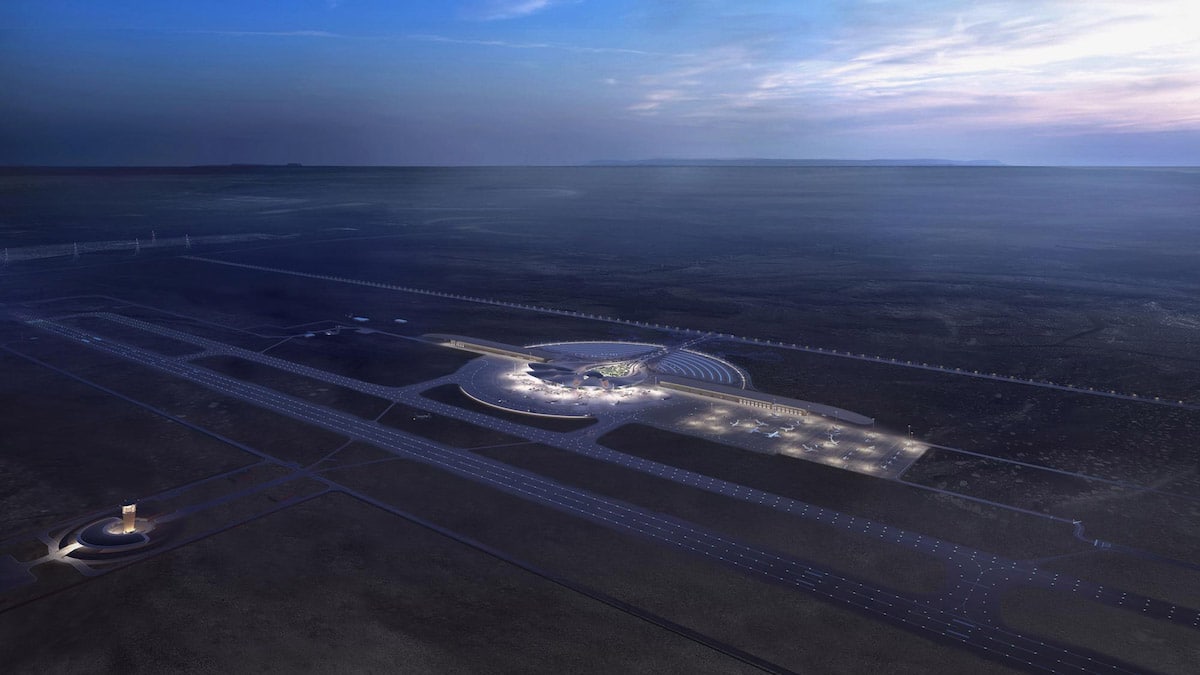 All Images via Foster + Partners, TMRW, and the Red Sea Project.

Would you travel to this futuristic airport? Share
Like My Modern Met on Facebook
Get Our Weekly Newsletter
Become a
My Modern Met Member
As a member, you'll join us in our effort to support the arts.
Become a Member
Explore member benefits