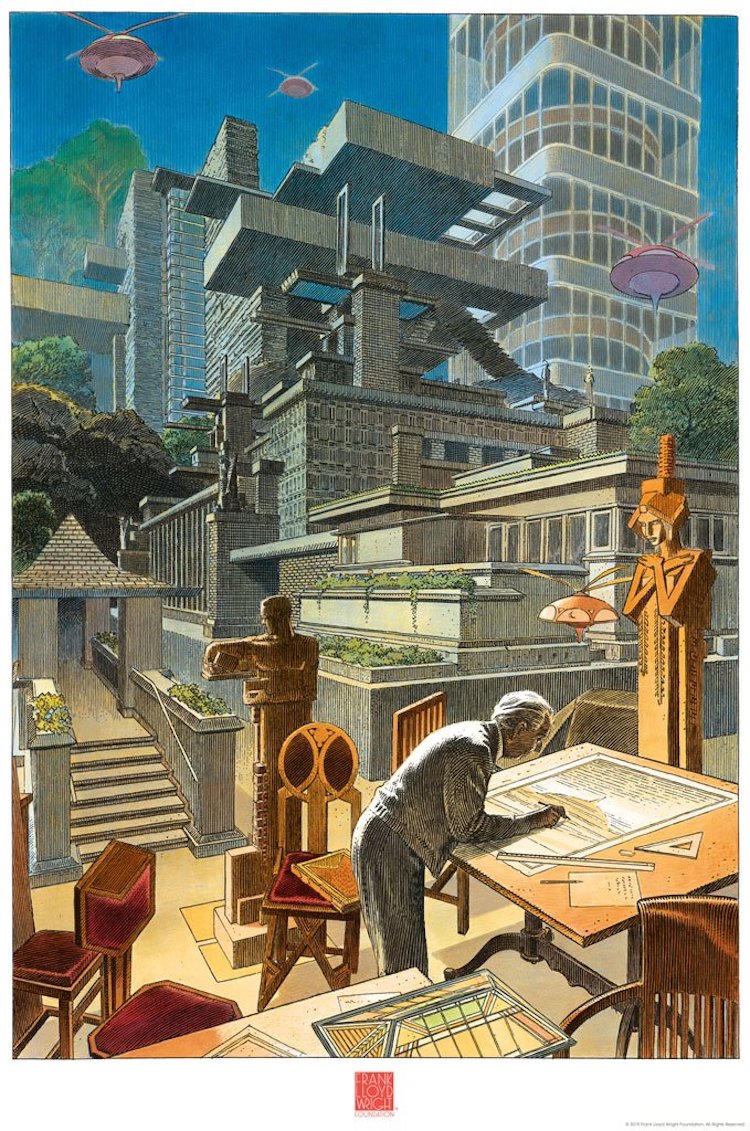 American architect Frank Lloyd Wright designed more than 1,000 structures during his 70-year career, making him one of the most prolific and celebrated architects of all time. From the Guggenheim Museum in New York to Hollyhock House in Los Angeles, Wright’s buildings are iconic, and some have even been named UNESCO World Heritage sites.

In celebration of his work, Spoke Art gallery and the Frank Lloyd Wright Foundation have teamed up to present Frank Lloyd Wright: Timeless, a traveling pop-up exhibition featuring limited edition prints inspired by Wright’s architecture. The show features work from over a dozen international artists, who created works in the style of 1930s-era travel posters. Each illustrative design captures Wright’s iconic 20th-century architectural style in vibrant colors and graphic shapes.

Frank Lloyd Wright: Timeless began its tour at Hashimoto Contemporary in New York earlier this month, but you can still catch it at Taliesin Estate in Wisconsin the weekend of Saturday, August 31st, 2019. If you can’t make it to the exhibition, scroll down to check out some of the fantastic architecture-inspired poster designs and shop your favorites on the Spoke Art gallery website. 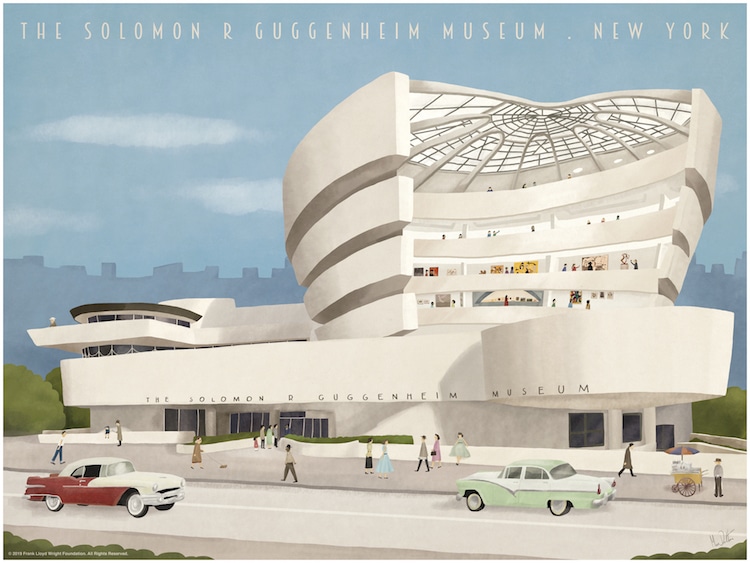 The traveling show features work from over a dozen international artists. 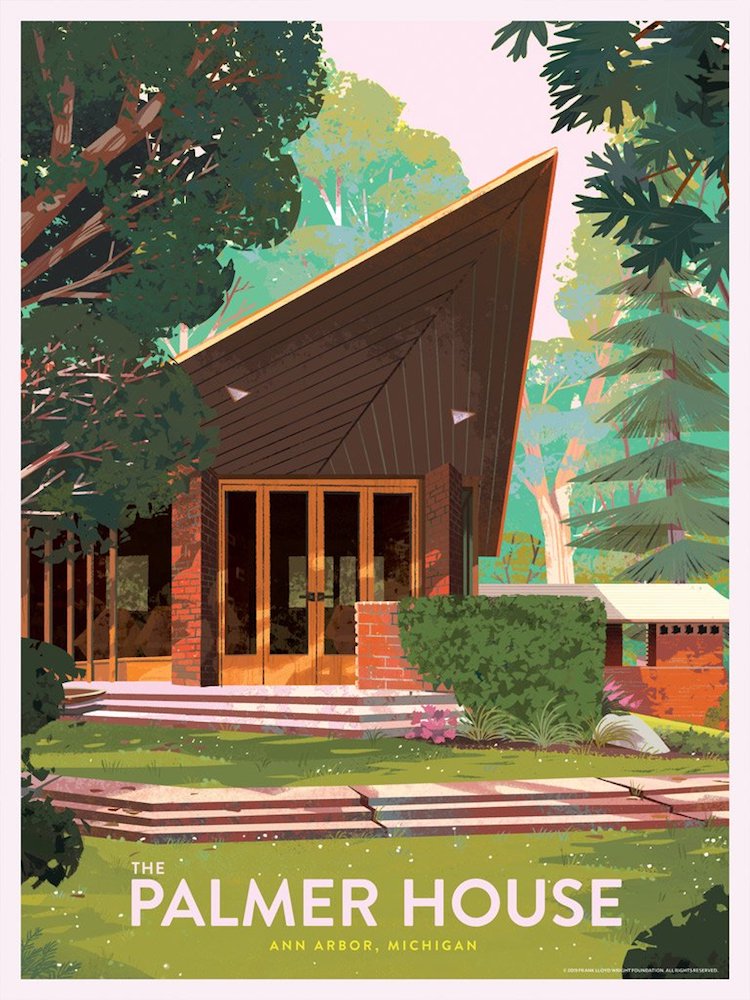 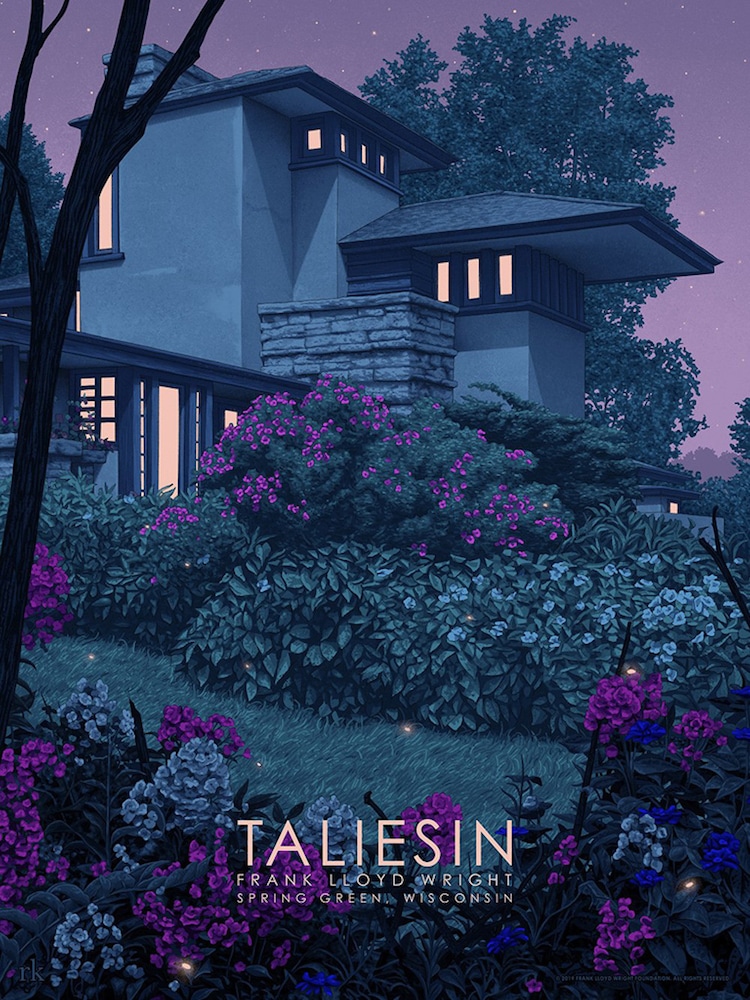 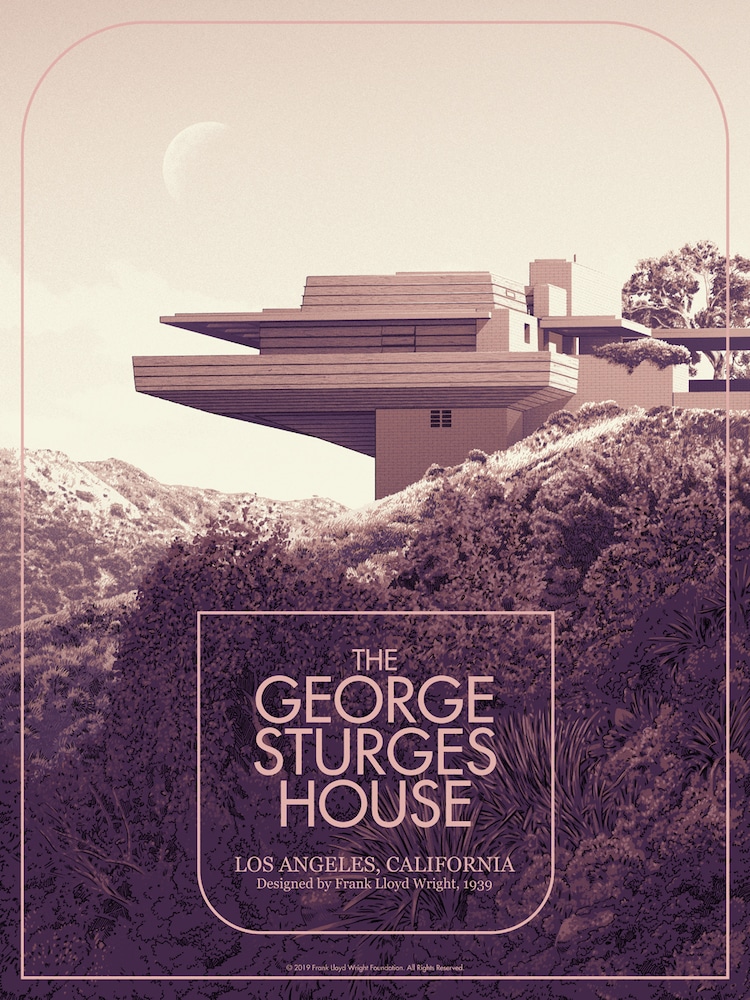 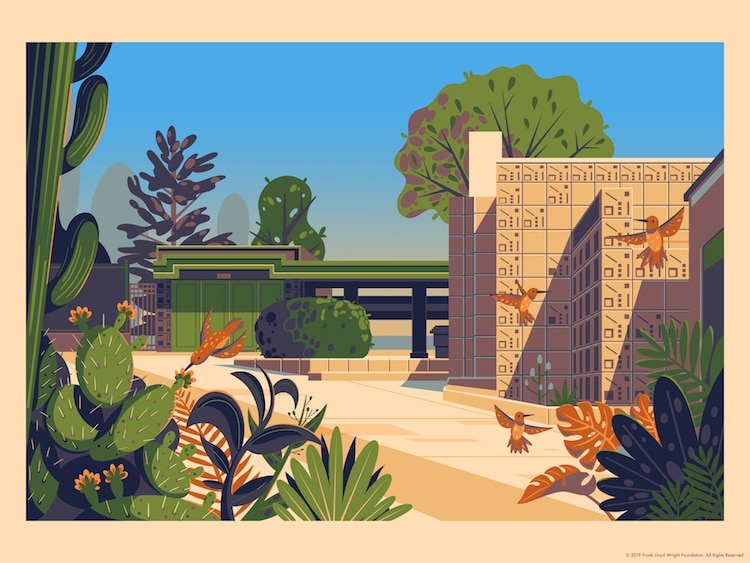 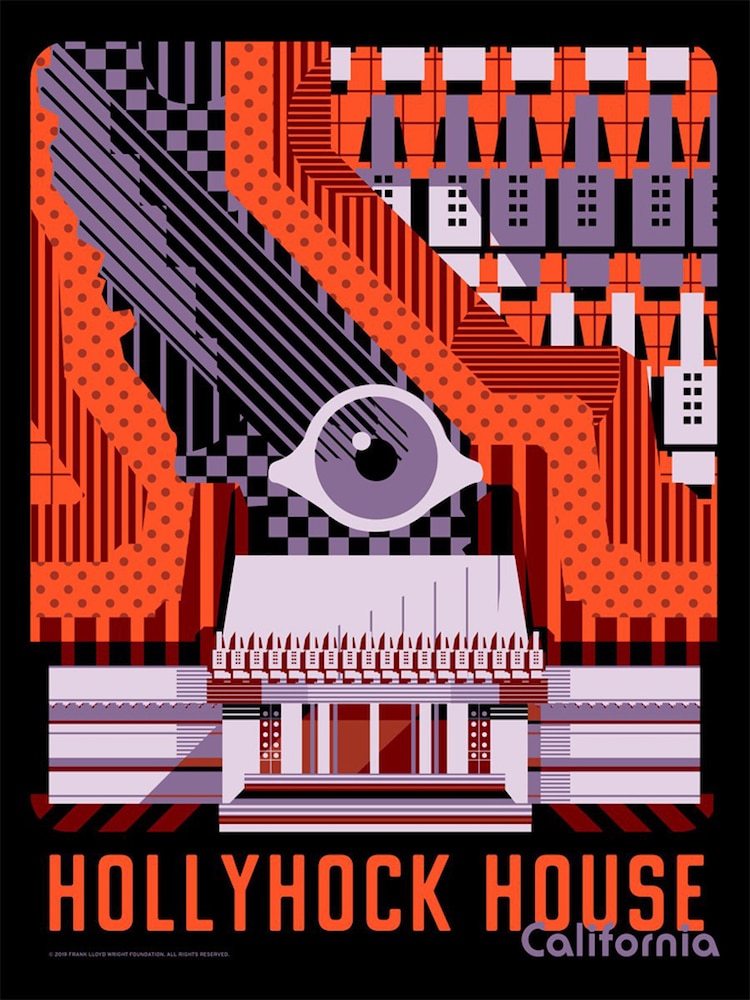