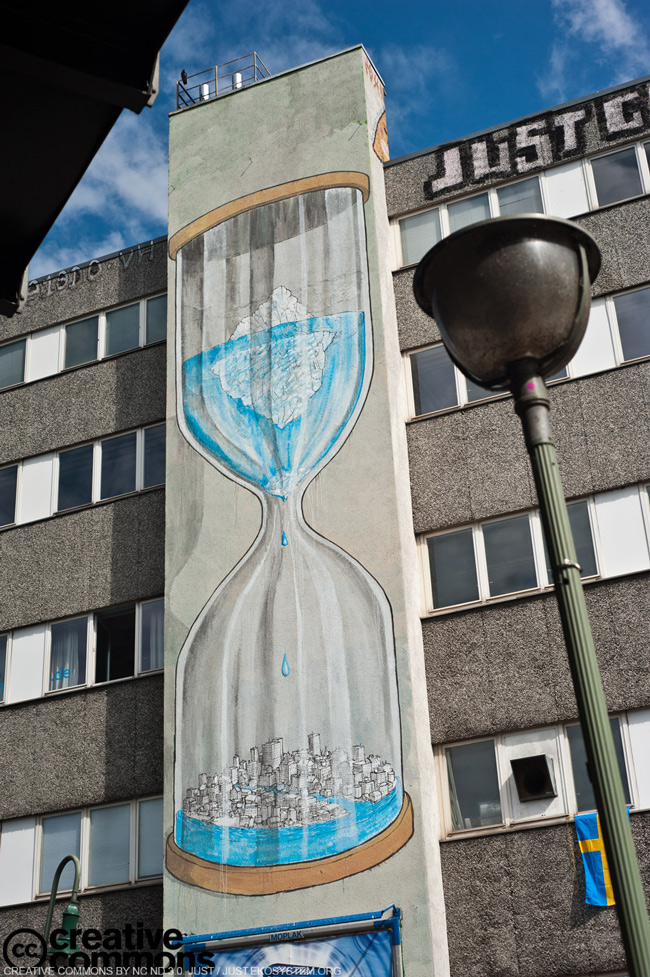 One of our favorite street artists, Blu, just completed these amazing large scale murals in Europe. Using the facade of high-rise buildings as his canvas, Blu sends very relevant political messages through his works.

“Global Warming” is extremely clever and features a melting iceberg in an hourglass, which is dripping water into a flooding city below. If you look at “War” closely, you'll notice that the soldiers are being controlled by puppet strings and their badges flash dollar signs. 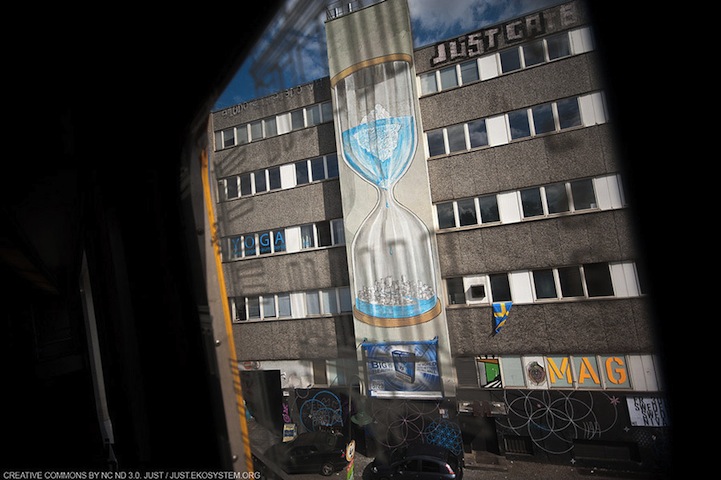 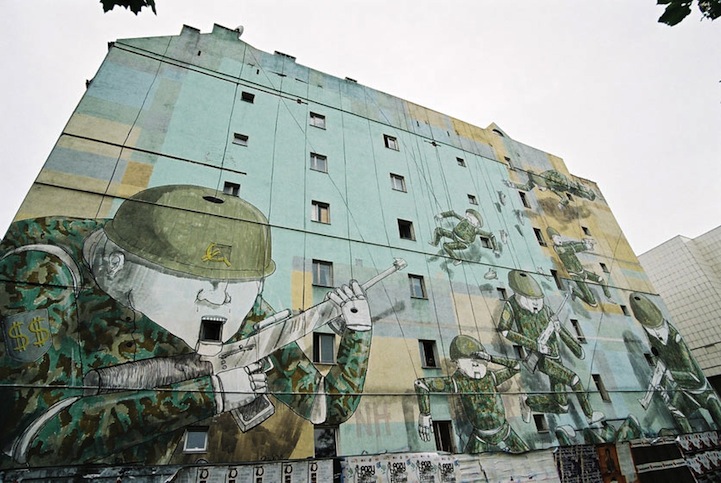 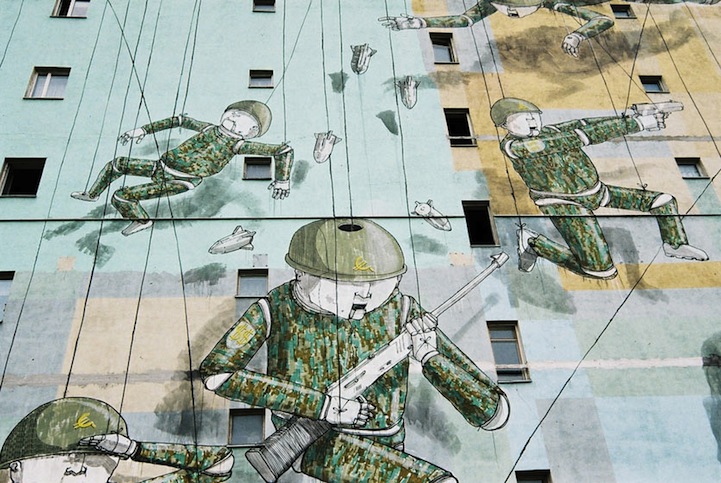 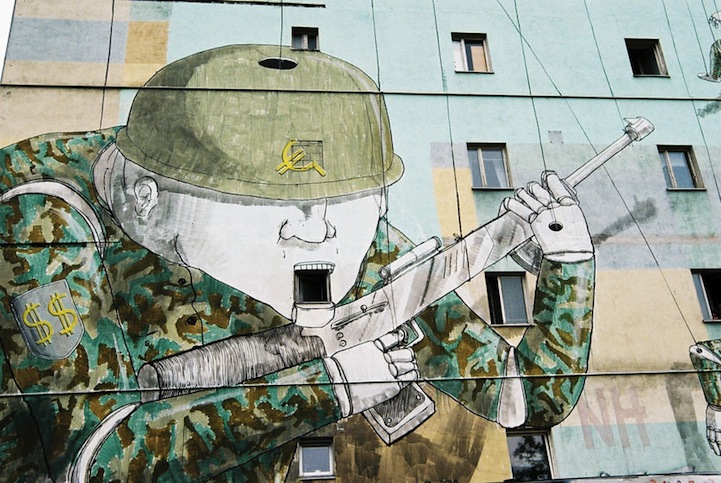